A graduate from Palestine: Vysotsky’s lyrics help me not to forget the Russian language!

Majdi Sharif ANANI is a Polytechnic University graduate from Palestine. Before coming to Leningrad in the late 1970s, he had gone through many ordeals: first the occupation of his country, then working in a military hospital in Lebanon. Despite all the difficulties, Majdi Sharif ANANI kept an optimistic mood, graduated from the Faculty of Electrical Engineering, perfectly learned Russian and is still in touch with his classmates and teachers. Today Mr. ANANI lives in Jordan, and his work is related to the power supply. In a conversation with the international office team of SPbPU, the Polytechnic graduate told how he came to the USSR and why he decided to study thermal power plants, remembered how lectures and exams were held, and shared how Vysotsky’s songs helped him not to forget the Russian language. Read about this and more in our interview. 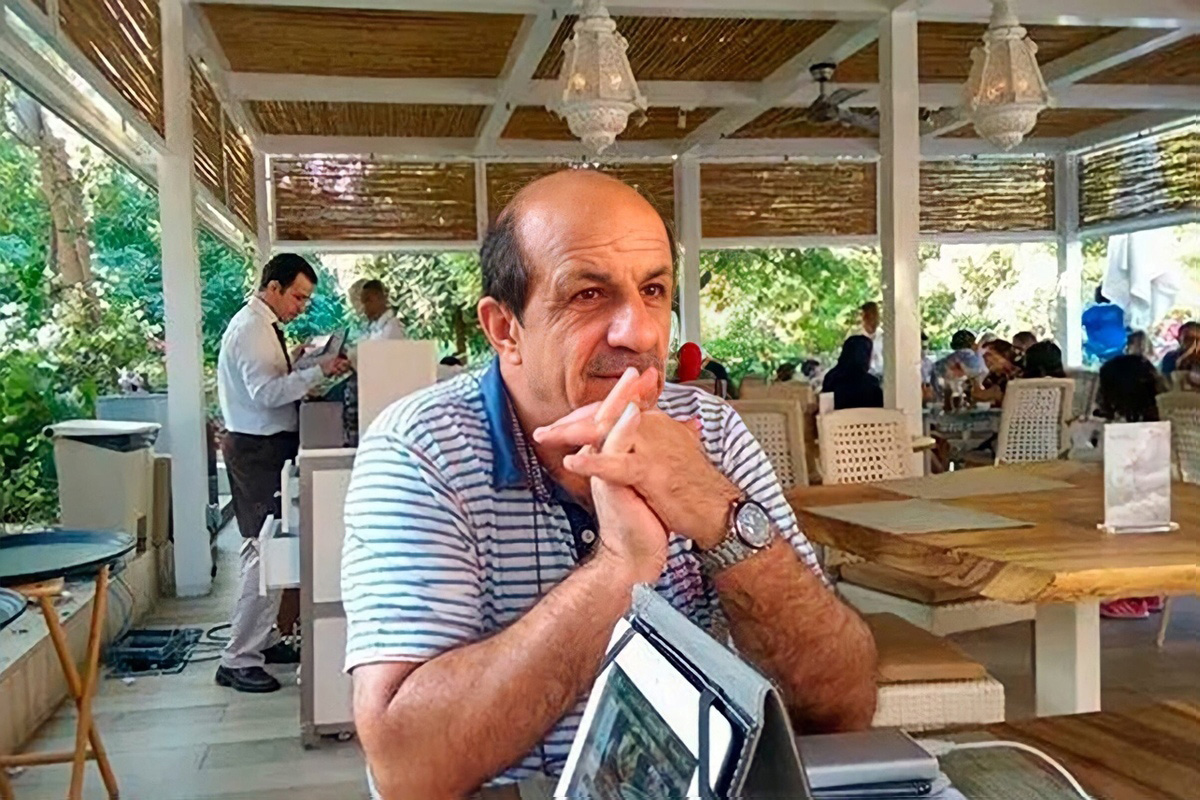 - Mr. ANANI, tell us a little about your life before you came to the USSR. Where did you live, where did you study?

- I was born in Palestine, and I also finished high school there. Because of military conflicts, we often lived under occupation, it was very hard. Nevertheless, I got straight A’s and when I graduated from school, I ranked 9th in my grades on a par with the rest of the country. I was allocated a scholarship to Birzeit University in Palestine, but I only studied there for a semester because the university was closed due to political events. Everyone hoped it would only last a couple of months, but it lasted a few years. So I had to leave the country.

- Where did you go first?

- Lebanon. I was sent there after one year and was offered two choices: to study sculpture in the GDR or to train as a physician in the USSR. I had no aptitude for sculpture and I didn’t want to become a physician - after the civil war I worked in a hospital in Lebanon. After what I saw there, it was unbearably difficult to develop in that direction.

- How did it happen that you ended up at the Polytechnic Institute?

- I was interested in electrical equipment since childhood and wanted to get a profession related to it. I came to the USSR, but I refused to become a medical doctor. Then I was sent to the preparatory department at the Polytechnic Institute, which was the only one in Leningrad at that time. There I also received good grades, and soon I was appointed to the strongest group. After I finished the preparatory department, I had a choice again, I could have gone to study at nuclear power plants, but I decided that thermal power plants were more common and I chose them. 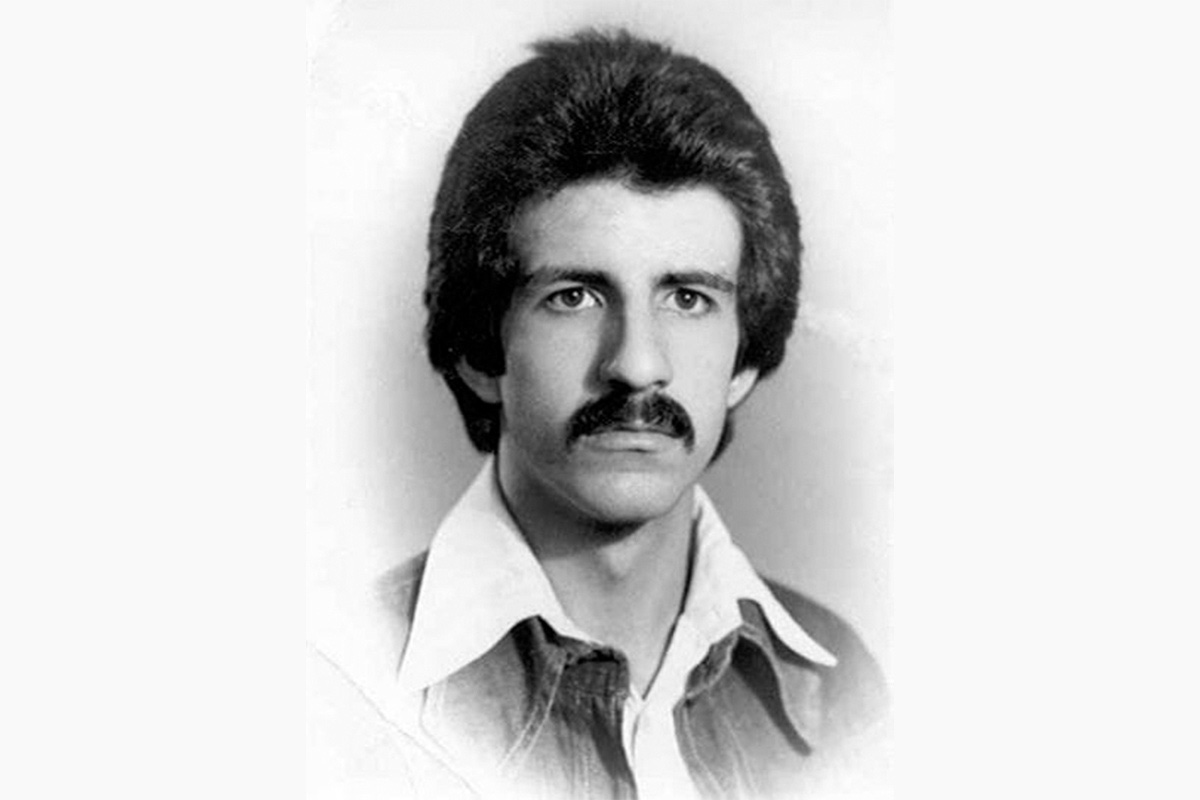 - Do you remember your first days at school here? Was it hard to study?

- The first week of school I thought I was about to be kicked out of the institute. Despite the fact that I diligently studied Russian, my knowledge was not enough to fully study and communicate. I thought I would never be able to learn it! But I finally succeeded and was even selected to deliver a speech on behalf of the Arab students at the start of the academic year. That event really boosted my confidence. I soon learned Russian, could speak it and understand others.

- And how did you spend your free time?

- We students from Palestine had our own union. With the help of the city council, we rented halls where we celebrated our national holidays. We prepared speeches, performances, and artistic concerts for this purpose. It was not easy to find artists and musicians among the students, and I had to make up plays. All in all I staged nine or ten performances during my studies. I was a script writer, director and actor, and I played the latest topical events in a comedic way.

- At that time students were going out to pick crops, to join the construction brigades. Did you get that experience, too?

- My classmates went out to pick carrots and potatoes somewhere in Karelia. But they didn’t let me in as a foreigner, they were afraid for my health, even though I was always ready and very much wanted to go with all of them.  And of course I did not want to leave the Soviet Union without going to the construction teams. In 1985, after I finished my fifth year, I managed to join a construction team in the city of Karachaevsk. We lived there for almost two months; this period of my life is truly unforgettable. I learned a lot there and matured a lot - the tasks were difficult, responsible, and physically demanding.

- Did you have any favorite musicians or writers?

- I didn’t understand Vysotsky’s music at all, his husky voice; it was a mystery to me why everyone in Russia loved him so much! But once I learned Russian and understood the meaning of Vladimir Vysotsky’s songs, I couldn’t stop and I still listen to his songs every day. Vysotsky’s lyrics and Dostoevsky’s novels help me not to forget Russian.

- Did you have any funny experiences during your years at the Polytechnic Institute?

- Of course, and more than one! I remember one such incident. It was at the exam on the history of the Communist Party of the Soviet Union. It was a winter session, outside it was -35 degrees below zero, and for some reason the heating was turned off at the institute. Mustafa, a Palestinian, was in my class, and he came to the exam wearing a jacket and a hat. The instructor asked him, “What is an exam for you?” Mustafa answered that it was a session, when students answered questions and thus their knowledge was assessed... The instructor asked the same question to another student, then another, and when it came to me, I said that the exam was a celebration of work. Then I was called to the board, and the examiner said: “Look, the man is celebrating the exam!” And I was dressed in a suit, with a good shave and perfume on - I was really going as if it were a holiday. I got “A” and was let go, while the others answered the tickets.

There was also another case. At a lecture on mathematics, one student, an athlete, a participant in the U.S.S.R. People’s Spartakiad, was reading the Izvestia (News) newspaper. The lecturer saw that and admonished him: “Young man, you listen to me, but put aside your Pravda (Truth) to read it later.” The student replied: “I don’t have Pravda, I have Izvestia. To which the instructor said: “There is no news in our Pravda anyway, and there is no truth in our Izvestia.”  I still remember that phrase! 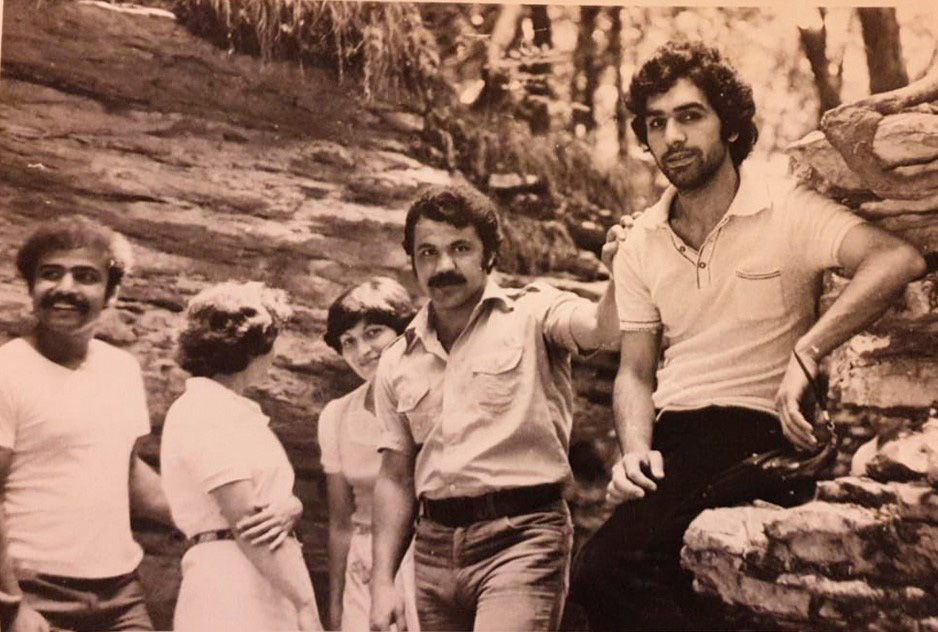 - Have you continued to communicate with your classmates after graduation?

- After graduation we only had contact with our classmates through the mail. We exchanged addresses and corresponded. A lot of them were then sent to work elsewhere, so we lost touch. Thanks to the Internet, my classmates found me on Facebook in 2016. Turns out they were getting together every five years! So in 2016, for our thirtieth graduation anniversary, I came to St. Petersburg. We took a boat ride on the rivers and canals and then went to the Metropol restaurant where our graduation party was held. I often dreamt about Leningrad, but then, seeing the city for the first time in 30 years, I fell in love with it all over again. After that, I started to come to Russia every chance I got, and we often met with my classmates. And in February 2018 I was invited to the 120th anniversary of Polytechnic University, it was great!

- And how did your further life, your career develop in general?

- After my studies I came to Jordan. There I was drafted into military service for two years and was appointed an interpreter, as it was necessary to establish communication between Russian and military experts and Jordanian soldiers. After the service I immediately found a job in the field of electricity, worked as a supervisor for supplying new facilities with different kinds of energy, building and supplying hospitals, universities, schools, theaters, sports complexes, factories and plants. Because of the pandemic, I lost my job, so now I’m resting. But future work is waiting, projects are popping up again. 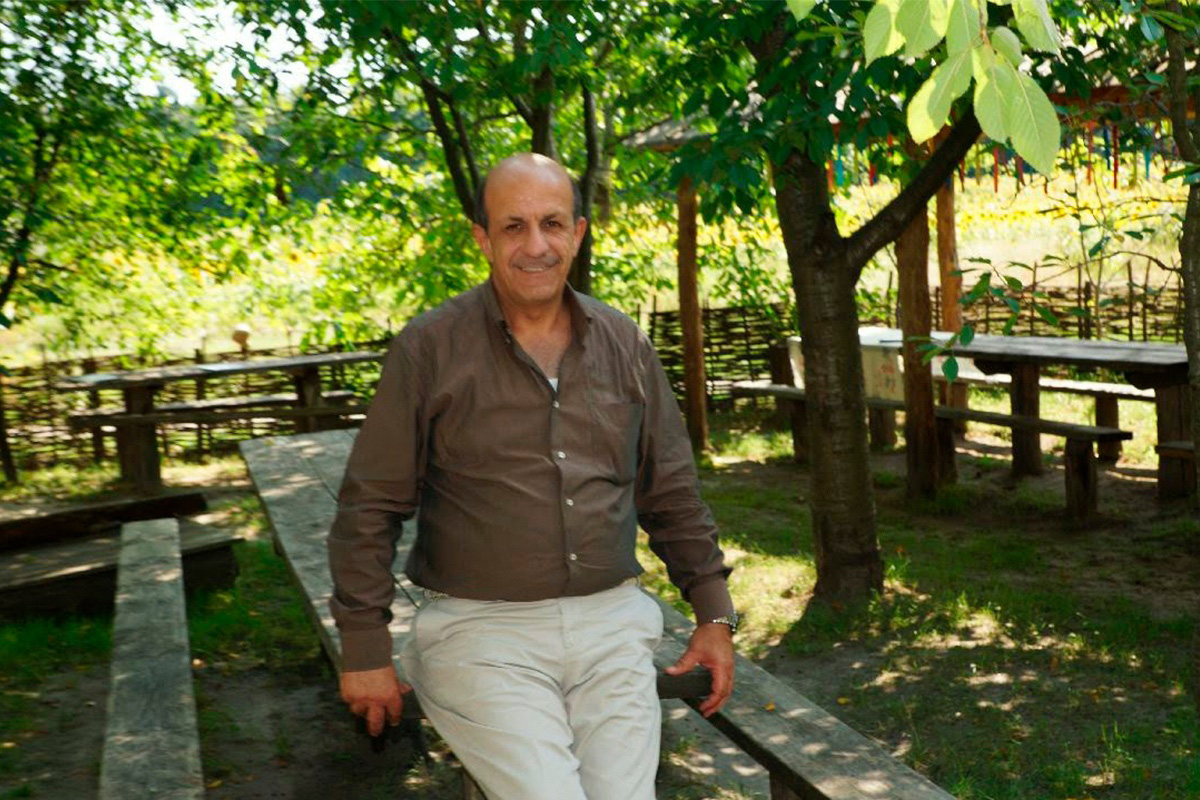 - Mr. ANANI, the question is a bit philosophical: what did the Polytechnic Institute teach you? If you had a choice, would you go back to SPbPU?

- I learned a lot at Polytechnic, and it’s not just about studying. For example, I learned what real friendship is and realized that there are no enemies in life. There are only friends and “not friends”. We took the exams by pulling a ticket and telling the topic at once, so there was no opportunity to peek and cheat. It taught me straightforwardness, stability, and also gave me self-confidence.

The first year we had physics in the labs. Students were divided into small groups. One student from the Dominican Republic knew only Spanish, he spoke neither English nor Russian, and in general he behaved a bit strangely. No one wanted to work with him, so the instructor assigned him to my group, saying that we could learn any language in a week. The student didn’t understand anything until I started explaining assignments to him in Spanish. Thanks to that chance, by the end of the semester I had learned a little Spanish. And then the instructor told me, “You will make a good engineer, but there are many good and even excellent engineers in the world! You’d better go to university to study philology or international relations, that’s where you belong.” Nevertheless, I still did not change the sphere of my studies, and I studied and became a really good engineer and found a decent job. But I am still drawn to the field of international relations and languages. I’m happy with the way things turned out, but if I had a choice, I probably would have gone into this field. I know that SPbPU has a major in international relations, so in any case I would have chosen Polytechnic University.

- Mr. ANANI, thank you for the interesting interview! We wish you success and good luck!