On October, 20, 2015 the delegation of the Centre for Research and Strategic Development of the Agency for Science and Technology (Japan) under the auspices of the Consul General of Japan visited the Polytechnic University. The event was attended by the leading researcher of the Center Yukihide Hayashi, a member of the center Yuko Tsuda, the attaché for the economics (Consulate General of Japan) Ruiske Kugai. 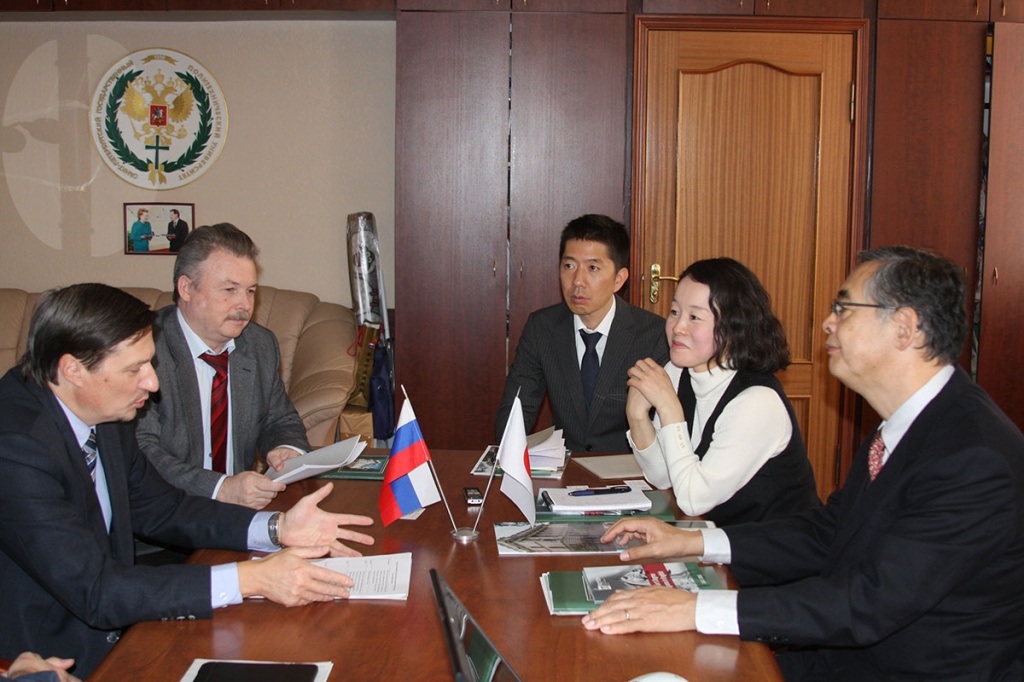 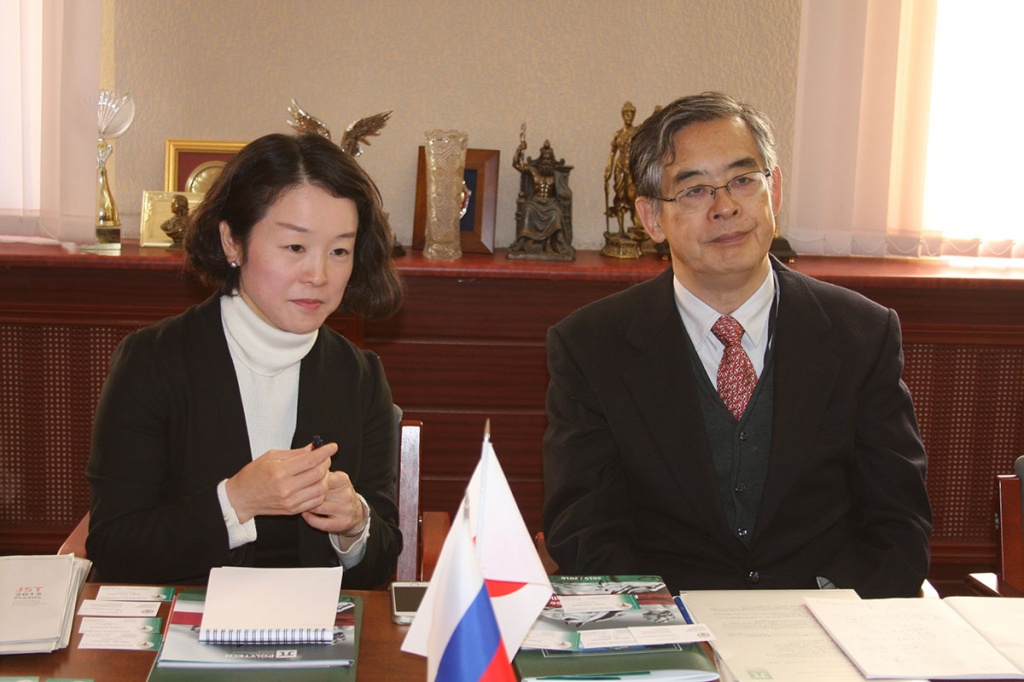 The Japanese side informed about the development and financing mechanisms of the scientific sphere in Japan and about the activities of the Agency for Science and Technology. The Japanese colleagues also expressed interest in the establishment of cooperation with the Polytechnic University in the scientific-technological area. "Our agency is the main body of subsidizing significant projects. We solve the problem of general political importance and constantly analyze the situation in science and education of global importance. The main purpose of our visit to your university is to plan joint activities. No doubt, the development of science in Russia needs to be strengthened, but in recent years more and more young scientists stay here to continue scientific experiments in the native walls of their laboratories. These trends indicate the change in the general situation and the willingness of public figures to support science," said Yukihide Hayasi, the leading researcher at the Center for Research and Strategic Development of the Agency for Science and Technology.

Also, Japanese colleagues got very interested in how the Polytechnic University academic staff train the future specialists in the area of computer technology. D.G. Arsenyev proposed to organize a joint workshop with Russian and Japanese scientists to discuss the most interesting projects.

The Agency for Science and Technology of Japan is engaged in the research of the international market of educational services and scientific achievements. Its main objective is to spot promising projects and to cooperate with the world's leading researchers. Agency researches contribute to the increase in rating of higher education institutions, to strengthening their position and competitive advantages. The scientific evaluation of the experts from the Agency for Science and Technology is the authoritative opinion for many universities in deciding on cooperation and establishment of interuniversity policy.

The material is prepared by the International Relations Office