A delegation of Peter the Great St. Petersburg Polytechnic University, namely students, post-graduate students and lecturers, participated in Symposium WC2 which took place in the City University of London. The representatives of the leading European universities, all in all more than 140 people, met in order to discuss global issues university communities of large cities are concerned about. The participants believe that major challenges of our century are environmental threats, man-made disasters, healthcare, the need for innovation, etc. They tried to work out the role of universities when solving these problems. 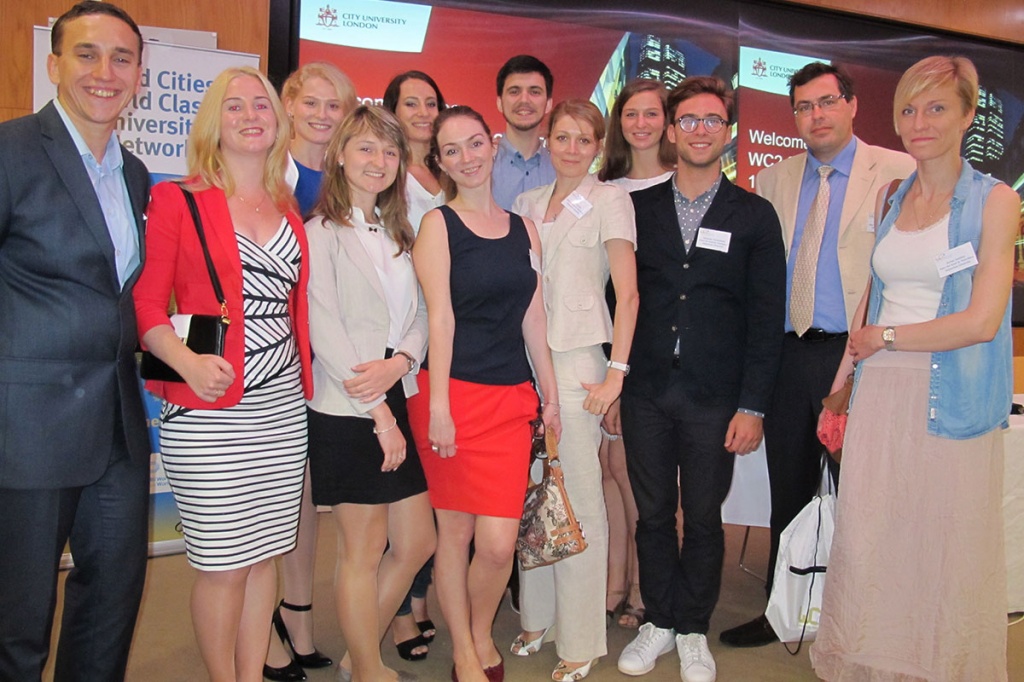 Every university is an experimental platform where innovative projects significant for the whole state can be implemented. It is necessary to involve young people in research in order to broaden scientific knowledge and bring breakthrough ideas to life.

The main reason why the Polytechnic University took part in the Symposium was looking for partners in order to carry out research together. “I am sure that many students have found wonderful colleagues and tutors. Their experience of working in an international youth team will help them to conduct research on a more advanced level”, said one of the members of the Polytechnic University delegation.

On the first day of the Symposium various ways were considered in which universities can cooperate with state, private and nonprofit sectors. According to experts in the field of science and education, an alliance of this kind is necessary to solve global problems and develop a policy aimed at supporting partnership between cities and universities. The discussion took place in the following theme clubs: business, eco-campus, world-class cities and global cultures, healthcare, logistics in big cities. Each session included presentations, seminars and workshops. The representatives of the Polytechnic University participated in open discussions devoted to the issues including economic growth, socially important tasks for megalopoli, environment and healthcare. 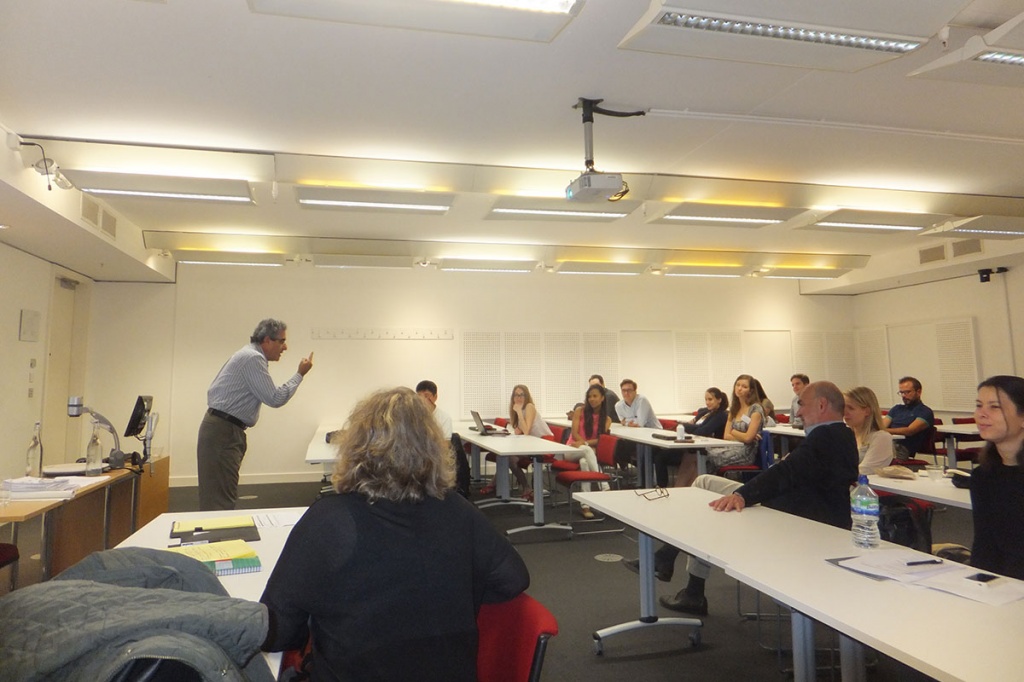 K. Strelets, Director of the Center for Supplementary Professional Programs and Deputy Director of the Institute of Civil Engineering (ICE) for Supplementary Education, D. Zaborova and A. Tereshchenko, students of a master’s degree program “Civil engineering” (ICE), D. Nemova, a post-graduate student of ICE, and E. Sokolova, a post-graduate student of the University of Industrial Economics and Trade, took part in the work of the Eco-Campus Club. Together with the representatives of European universities our team developed the strategy “CO2 Zero Campus for the City University of London”. All projects were presented to the Club members and the participants of the Symposium.

Certain agreements were achieved at a meeting of the Eco-Campus Club members responsible for planning its activities. It was decided to implement joint projects and to apply for grants allocated by Russian foundations in cooperation with the foundations of other countries, as well as to carry out interuniversity research as part of cooperation between BRICS countries and The University of Sao Paulo, Brazil.

Ulyana Dudko, a second year master’s student, acted as a representative of the Polytechnic University in the Transport Club. The Club members discussed various issues related to the optimization of public transport network in big cities, road safety and environment. The participants of the Symposium spoke about transport in their countries. For instance, the representatives of the Technical University Berlin proved that roads are the most dangerous for cyclists, especially if there are no cycle lanes. “This Symposium has become an important discovery for us, a source of practical experience. The speeches of its participants have made us think about the serious problems certain countries and cities are faced with and to take into account the activities of our foreign colleagues. This event has inspired me to start interesting projects”, commented Ulyana Dudko. 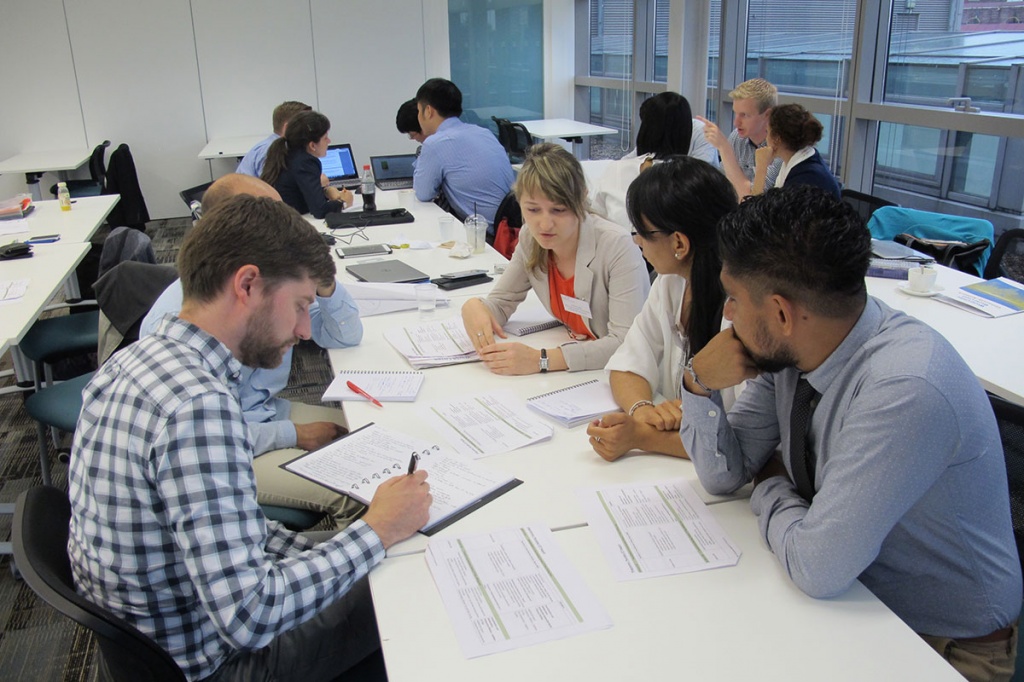 During the event the members of the Polytechnic University delegation discussed the opportunities of academic mobility for lecturers, internships for students and post-graduate students and invitations of Professors from the City University of London to SPbPU. “Education is becoming more international at present, so young Russian researchers can easily adapt in an international environment, do internships at world-class universities, solve various problems and take part in projects aimed at enhancing transport networks, healthcare, environment and culture in big cities together with lecturers form the leading universities of the world”, explained N.V. Sokolova, Director of the Department for Interuniversity Cooperation.

Summarizing the results of the event Professor Stanton Newman, Chairman of WC2 Association, encouraged the participants of the Symposium to share their new experience at the universities they represented. The next Symposium is scheduled for 2016.