New Plans and Successes of the SPbPU Office in Shanghai

In 2016, the opening ceremony of the SPbPU Representative Office took place in Shanghai (PRC). Since then, there have been efforts to equip the representative office of our university in China, enhance its hardware and prepare it to full work. One of the most important tasks is to maintain high-quality and versatile connection between the Shanghai SPbPU Office and the Polytechnic University. It is necessary for prompt decision-making, signing important documents, and constant communication of employees and partners. The leading specialists of SPbPU in information technology state that they "have established a stable connection and now the partners will not,waste a minute and will do everything in no time. Everyone should always be connected, despite thousands of kilometers, which separate Russia and China." 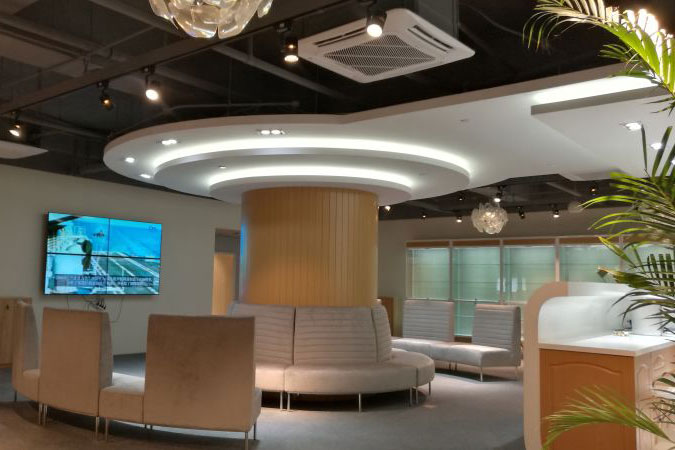 In 2016, specialists of SPbPU set up a communication system in the Shanghai SPbPU Office, adjusted the conference-hall equipment and interactive desks for displaying relevant information on joint activity. The first result of this work was organizing a videoconference between the representative office and SPbPU on August 22, 2016, in order to take measures, planned in the representative office, including measures on establishing the Russian-Chinese computer engineering center and a center of information and telecommunication technologies. Director of the SPbPU Office in Shanghai Ms. Su JING, President of a Chinese intelligent equipment company Mr. Zhan Zheiming, representative of the Chinese-American Biomedical Association Mr. Cai Longhai, Deputy Chief Engineer of a nautical equipment company Song Youming, Manager of the managing company "Pue" Mr. Lu Zhiyu (SPbPU graduate), and other employees of this company took part in the videoconference. On the Polytech's side, specialists of IAMT, IPhNT, and international services took part in the videoconference. During the negotiations, the discussion covered development of new nanomaterials and technologies for semiconductor and microelectronics industries; using CAD systems, computer-aided engineering analysis systems, and testing laboratories; prototyping, and other questions. 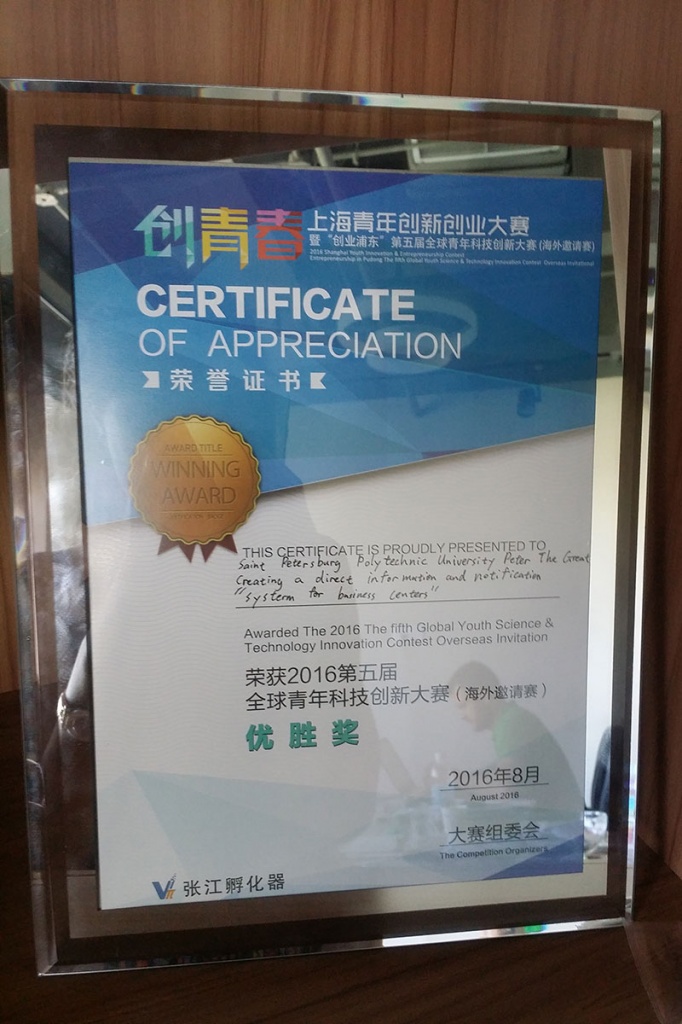 It also should be noted that by the initiative of the representative office's director, employees of SPbPU, who had installed the communication system at the office, took part in the 5th World Youth Science and Technology Innovative Contest and in the Shanghai Innovative Contest "Innovative Pudong". The event was organized by the Shanghai Science and Technology Commission and the administration of the Pudong New District. Teams from the USA, Israel, South Korea, and China prepared more than 30 projects, which were remarkable for their unconventional approach and creative solutions. Russia was represented by the specialists of SPbPU. The captain of the team, associate professor from the "System Analysis and Control" department of ICST S.V. Khlopin, presented the project "Creating an Addressing System for Reporting and Alerting a Chain of Business Centers". The project of polytechnics aroused interest among participants and judges and was awarded a certificate, and our participants received a memorable prize.

The representative office staff also negotiated with counterparts from Tsinghua University on creating and implementing an EMBA program to train top-managers of Chinese companies with the help of SPbPU. The negotiations resulted in a planned visit of this university's professor Cai Linning to SPbPU in the middle of September to sign a contract on the EMBA program implementation. Tsinghua University previously implemented such a program jointly with one of the leading universities from the USA. 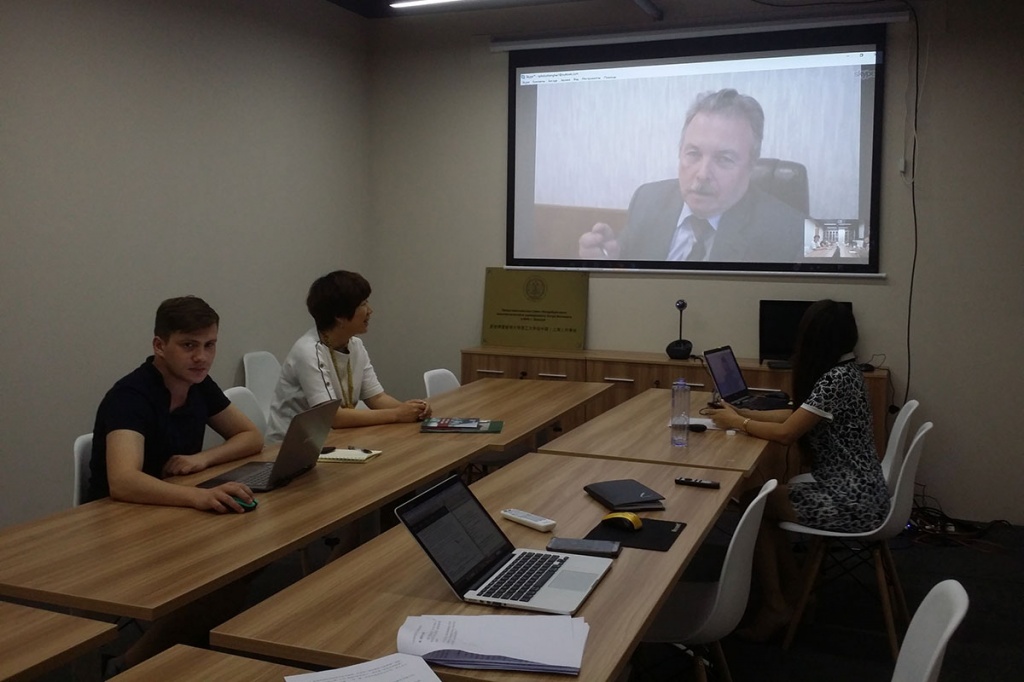