The relationship between SPbPU and the People’s Republic of China in the field of science, education and technology are expanding. For Polytechnic University, the last October was marked with signing cooperation agreements with Xi'an International Studies University (XISU) and Xi'an Technological University, as well as strengthening relations with a number of other Chinese universities. In addition, in the very heart of China, the city of Xi'an, our university sponsored one more Week of the Russian language. 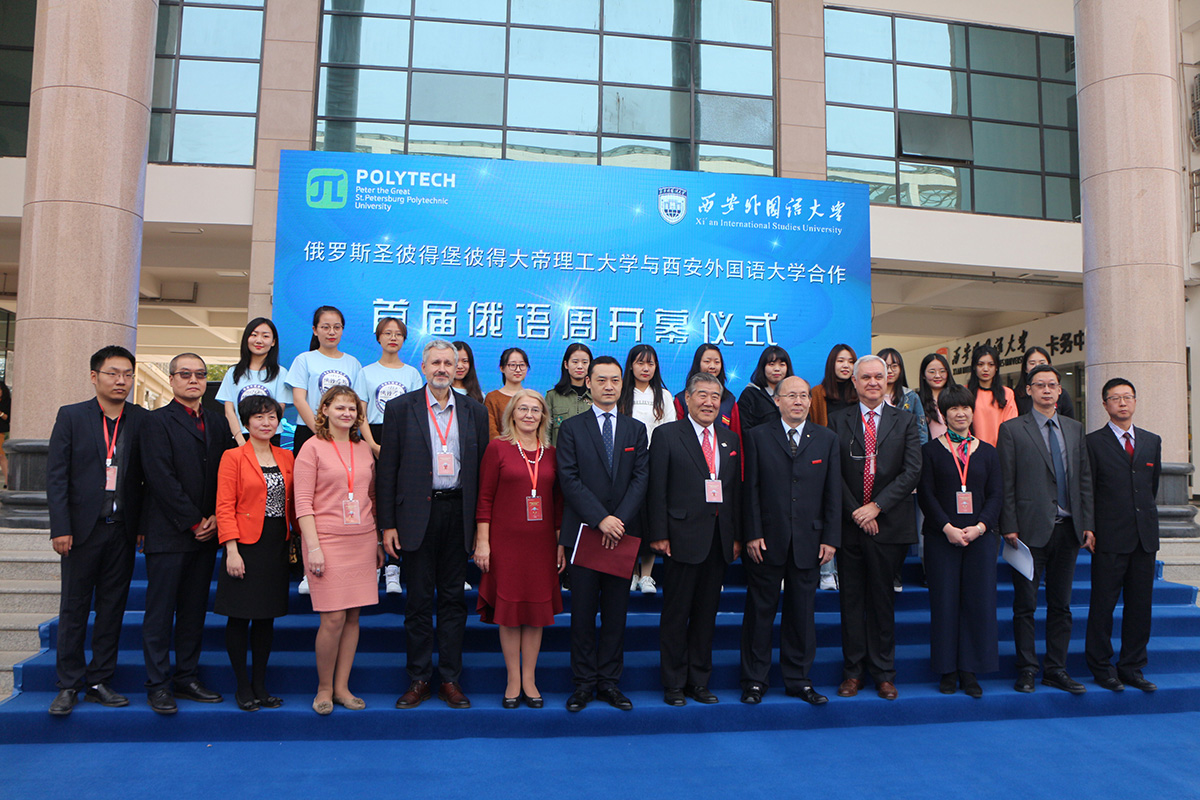 The establishment of new partnerships, business and cultural events took place during the visit to China of the SPbPU delegation, headed by the Director of the Higher School of International Educational Programs V.V. KRASNOSHCHEKOV. The delegation’s visit was timed to several events: the First XISU International Conference & Exhibition on International Cooperation and Exchange in Shanghai, the Week of the Russian language, the opening ceremony of which was included in the Conference agenda, and also a series of scheduled working meetings with representatives of the Chinese academic community. All events took place with support of the SPbPU Representative Office in Shanghai.

The business program of the SPbPU delegation began with negotiations with the leaders of the XISU. As the university rector Wang JUNZHE had pointed out, more than 650 students of the XISU study Russian as a foreign language, and the expertise of foreign teachers is highly demanded at the university. The fact that the SPbPU school of teaching the Russian language is widely known abroad, the Polytechnic University representatives had no reasons to doubt about: in the framework of negotiations, the parties repeatedly returned to popular teaching methods, current activities for the learning and popularization of the Russian language, and the theme of establishing a preparatory department on the basis of the XISU for the Chinese students interested in learning Russian, along with the prospects for establishing a joint Competence Center for technical Russian for Chinese students. It is expected that educational programs of the Center would attract students of practically all 108 Xian universities. 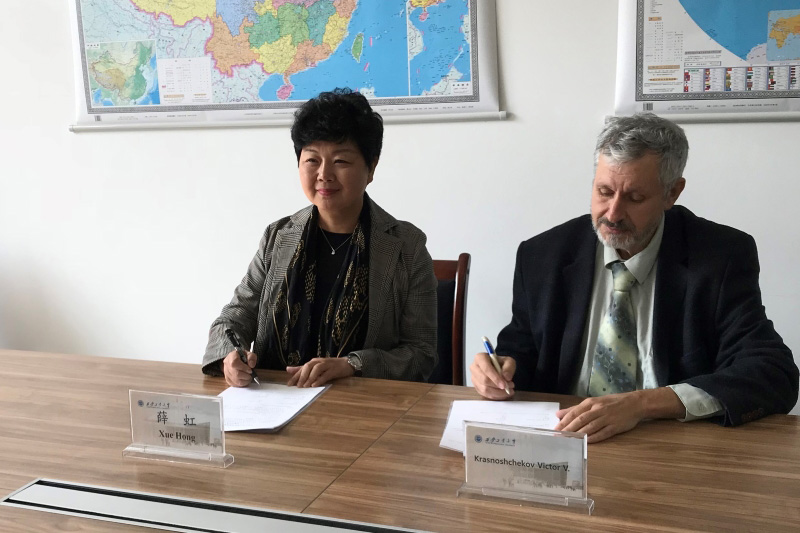 The discussion on various aspects of teaching and learning Russian as a foreign language continued at the First XISU International Conference & Exhibition on International Cooperation and Exchange, within the frame of which SPbPU made a presentation. The university employees told the audience about the over a 50-year experience of teaching Russian as a foreign language, the history of the university as whole, and its key achievements. The meeting resulted in signing an Agreement on Cooperation between Polytechnic University and the Sian University of Foreign Languages which was signed by Director of the Higher School of International Educational Programs V.V. KRASNOSHCHEKOV and Rector of the XISU Wang JUNGE.

The series of working meetings continued with negotiations with Chanan University and Xi'an University of Technology, during which areas of mutual interests and prospects for possible cooperation were outlined. The “3+1+2” Program caused a huge interest at the Cháng'ān University. The gist of the program is that, that Bachelor’s degree students are admitted to the on-campus program of pre-Master’s degree training at SPbPU, continuing their distance learning at their university. Having received the Bachelor’s degree, they can enroll to the Master’s degree at SPbPU for mastering the program in English.

In particular, a cooperation agreement was signed with Xi'an University of Technology, in the frames of which 15 students from China will come to study at SPbPU in the new academic year, while in December 2018, university professors will teach lectures to Master’s and Bachelor’s degree students at Polytechnic University.

On October 21-23, the first Russian-Chinese “One Belt, One Way” Pedagogical Forum, organized by the initiative of the Shansi Pedagogical University, took place in Xian. It was broadly covered by Chinese and Russian mass media. Representatives of 41 universities of Russia and China took part in it. V.V. Krasnoshchekov made a scholarly presentation on the “ Step model of preparing Chinese schoolchildren for studying at Russian universities” which caused interest among the Forum participants.