Putting it into words: CIS countries come face to face with SPbPU representatives for opportunity talks

Since the beginning of 2017 SPbPU has been actively exhibiting at the national and international education fairs. University representatives have visited Sao Paulo, Tbilisi, and Baku and are now heading to the Baltic countries, Uzbekistan, China, and Morocco. 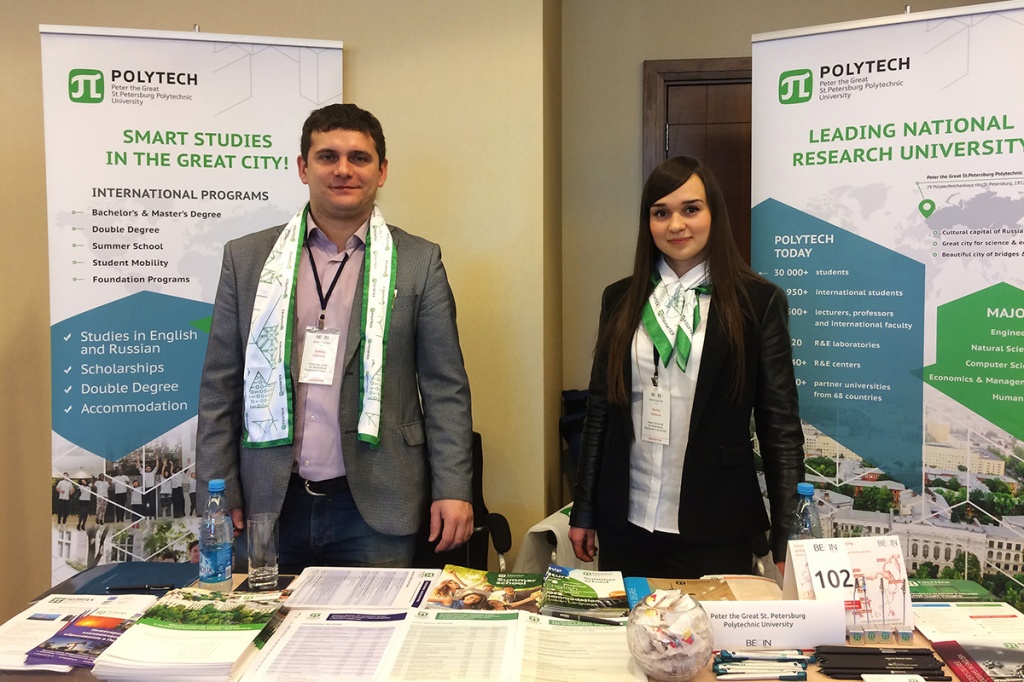 Each nation proved to have its own preferences for academic subjects. While in Sao Paulo there is a strong trend toward English Master’s programs in engineering , the Begin Edu Fair in Baku and Tbilisi revealed that the majority of visitors was interested in economics, IT, mechanics, and electric engineering. However, it was civil engineering that was the hit at all of these fairs.

Representing Polytech at Begin Edu Fair were the staff of International Relations Office and Career Center and Pre-University Training. Both events attracted many school-goers, students and school-leavers. Considering the proximity of these countries to the Russian Federation, there was a high demand for Bachelor’s and Master’s programs in Russian and the free education opportunities for fellow countrymen. Indeed, citizens of Azerbaijan as well as Georgians permanently residing in Russia enjoy such an opportunity, if they have a certificate of the unified state exam and good examination results at the university they applied to. The admission procedure includes an examination in the principal study and a Russian language examination. As a reminder, St. Petersburg Polytechnic University offers foundation programs to international students who intend to get a degree in the desired field of study. 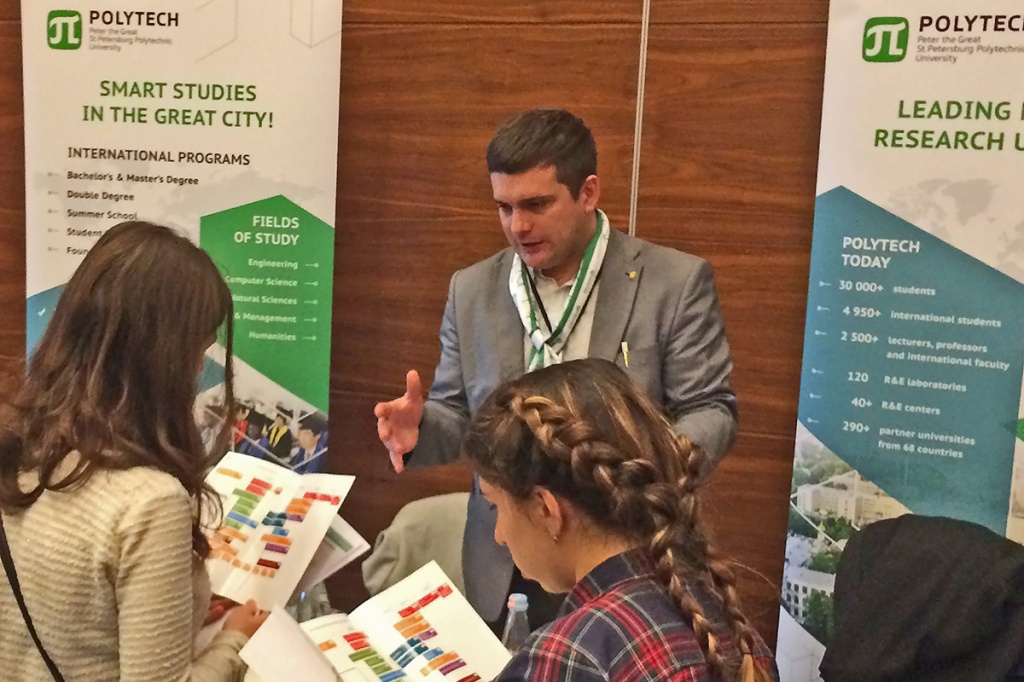 These programs have aroused great interest with students of both countries. Like in other former soviet republics, higher education in Azerbaijan and Georgia combines the features of Soviet and European education. The education system in Azerbaijan is divided into three stages: Bachelor’s degree, Master’s degree, and PhD. There are four stages in Georgia: to get a Bachelor’s degree a student must first complete a specialist’s program (first-level degree) and then go on with his studies in the Bachelor’s program. In both countries classes are taught in the native language, in English, and sometimes in Russian. Academic performance is assessed according to the grading system.