The interaction between Peter the Great St. Petersburg Polytechnic University and Tsinghua University (Beijing) acquired the status of a strategic partnership in 2014. This status of cooperation allowed the International Offices of both universities to find opportunities for the free of charge participation of PhD students from SPbPU in the joint summer school on combustion of Tsinghua University and Princeton University in July 2017. Upon their return, Ekaterina Kokovina and Yegor Kuznetsov reported on their scientific activities and projects, the results of which they presented in the framework of the Summer School, and shared their impressions of Beijing, Chinese cuisine, as well as several lifehacks how to shop in souvenir shops and use taxi in China. 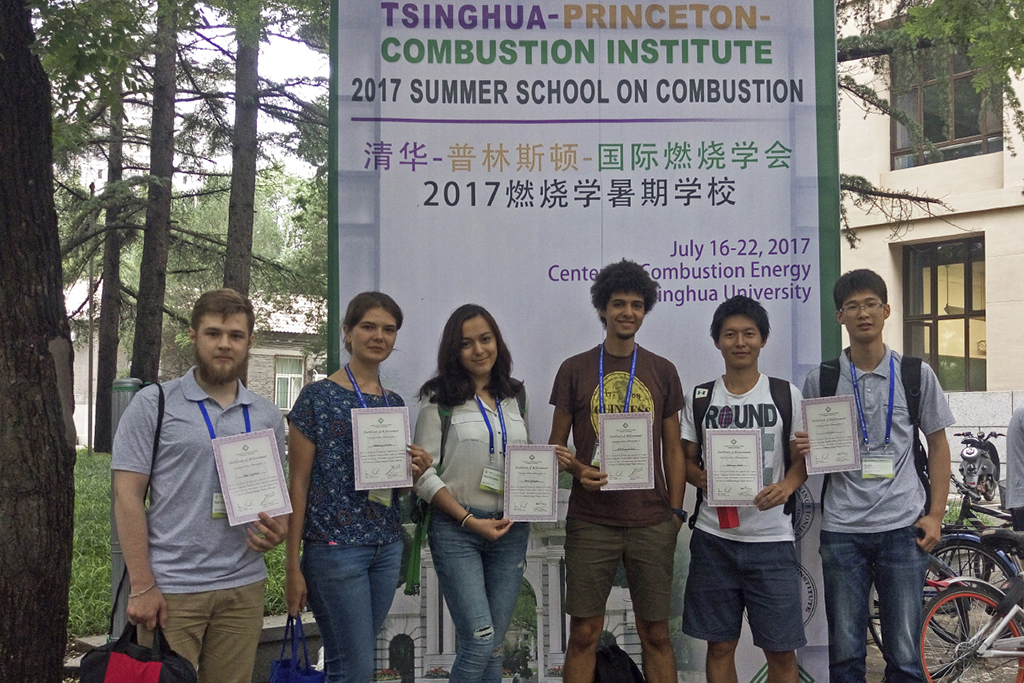 - Ekaterina, Yegor, how did you come up with the idea to participate in Tsinghua University Summer School? And who helped you to realize it?

Ekaterina: At once I would like to mention that it wasn't my first time going to China to participate in scientific and educational events. In 2016, my report was recognized as the best at the 8th International Seminar on Hazards of Fire and Explosions, which took place in Hefei, China. At the Institute of Applied Mechanics and Mathematics (IAMM SPbPU) at the department “Hydro- and Aerodynamics, Combustion and Heat Exchange” under the guidance of Alexander Snegirev, we are engaged in modeling the processes of combustion, fires, and the spread of flames. Therefore, we are very grateful to Professor Snegirev, as well as to the management of the Polytechnic University and the staff of International Office, for the fact that we managed to participate in this Summer School.

Yegor: Our university covered transportation costs, and the host university covered training fee, accommodation and meal expenses. We are very grateful to Tsinghua University for a great opportunity to visit their Summer School, the topics of which are directly related to the scientific field that we are dealing with here at Polytech. 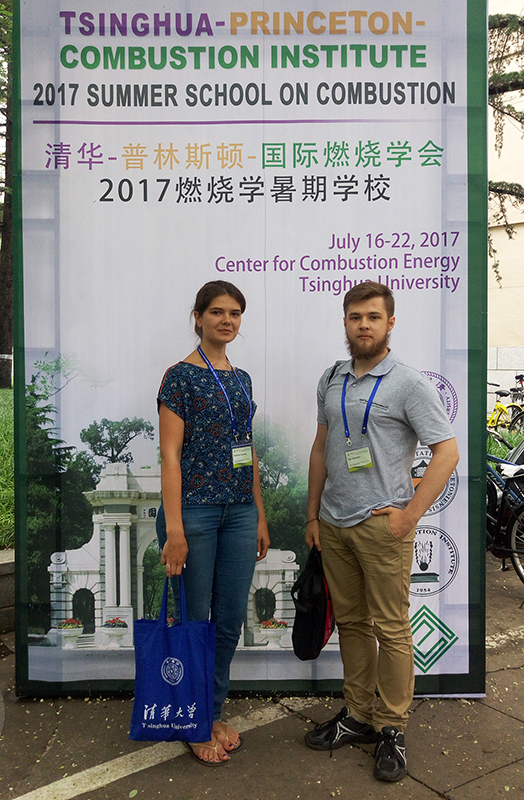 - Could you please tell us about the training process in the Summer School?

Ekaterina: This Summer School is a large-scale international event with participation of more than 400 students from all over the world. Out of the five proposed modules, we chose "Combustion theory" and "Modeling of turbulent combustion" - they are directly related to our research area. The classes mostly had a lecture format and were very intensive.

Yegor: Also there was a so-called poster session where participants of the Summer School presented their project results and achievements.

- That is very interesting, and what projects did you present?

Ekaterina: My presentation was related to the spread of the flame up the vertical surface (modeling). The obtained results can be used for risk assessment in fires. For example, in modeling problems, thermoplastic is often used. Its properties are well known, and it is one of the simplest materials that can be used. The results of my research show that the code I used can be applied for such tasks. In addition, we showed that for the same problem, several variants of flame propagation modes can be obtained, and they will strongly influence the dynamics of flame propagation. After the presentation we received certificates of participants.

Yegor: I had a combustion problem in a cone colorimeter - a standard test problem, not an experiment, but a numerical simulation. This is more efficient, and results of research can be used for other materials and in order to evaluate them, give some engineering recommendations to aircraft designers, so that they use safer materials. By the way, now we are preparing publications on the projects that we presented and they will be indexed in SCOPUS. 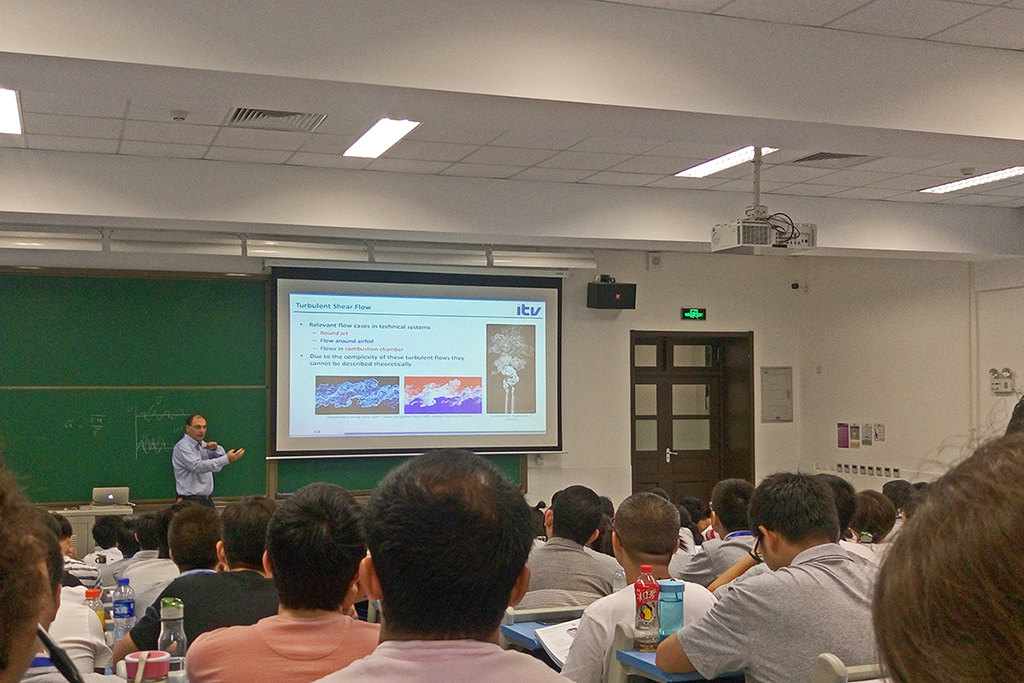 - How did your presentations go?

Ekaterina: Presentations of our projects were very successful and aroused great interest. We were not allowed to finish, we were asked many questions. We were asked about the aspects of modeling, what tools we use, what grids we use, what resources we used, and so on.

Yegor: For calculations, we used the resources of the Supercomputer Center of Polytech. Since such tasks require large computational resources, and in order to make calculations within some reasonable time, such machines are necessary. For this opportunity we are also very grateful to our university.

- Large companies are interested in combustion processes research. Why do you think today it is so important?

Ekaterina: Simulation of combustion is now used in many areas. These studies combine almost all physics, with the possible exception of nuclear reactions. If there is access to resources, we can get maximum information with minimal effort about the risks in fires, which is very important.

Yegor: Imagine a large warehouse. Thanks to the modeling of combustion, we can predict the speed with which, in the event of a fire, the flame will spread around the room and how long it will take to evacuate people. Our scientists, for example, calculated the data on the new terminal at Pulkovo Airport - it was built on the basis of our calculations. 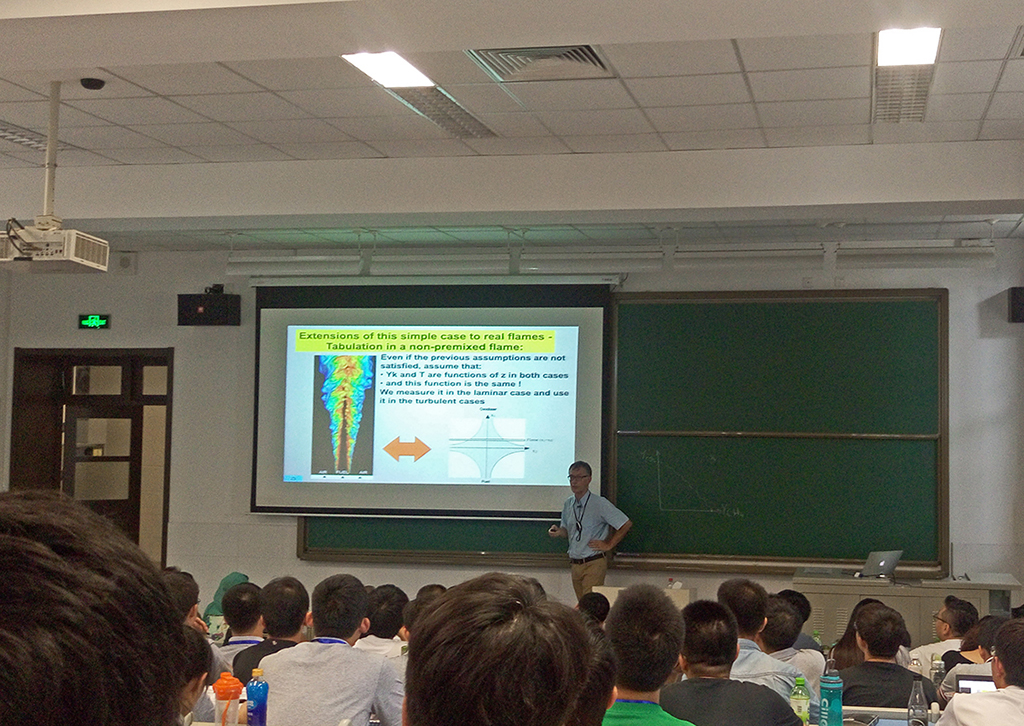 - Let's go back to the Summer School. What did they tell you during the lectures?

Ekaterina: Teachers showed the results of modeling, which they received at their departments, told about their projects, researches, cited many examples from practice. For example, how to suppress acoustic noises so that the engine does not explode. In the theory of combustion it was also interesting, because the teacher on the Bunsen burner clearly demonstrated how the flame behaves under different conditions.

Yegor: There was a lot of information in turbulent combustion with reference to aircraft engines. Scientists are counting on how to arrange, for example, nozzles in the engine, so that it all works together.

- And how was the daily routine? Accommodation, food - did you like it?

Ekaterina: Yes, everything was ok. A little difficulty was that in Beijing not so many people speak English, and in summer it's very hot. The city resembles one large greenhouse, and being on the street because of smog is quite difficult. In the premises there are air conditioners installed everywhere. You may not believe it, but we missed our St. Petersburg summer!

Yegor: Also in the university canteen there is no menu in English, and we chose food exclusively in appearance. It was funny when one day I chose vegetables to the meat, which turned out to be like aloe - very bitter! But in general, everything was fine, the usual food for us there was also present.

- Did you have the opportunity to see the local sights?

Ekaterina: Yes, we climbed the famous Central Radio & TV Tower, but unfortunately, because of the smog, the city could not be seen from a height. Also we visited the Forbidden City. This is the largest palace complex in the world, which consists of more than 900 buildings. It's very beautiful! 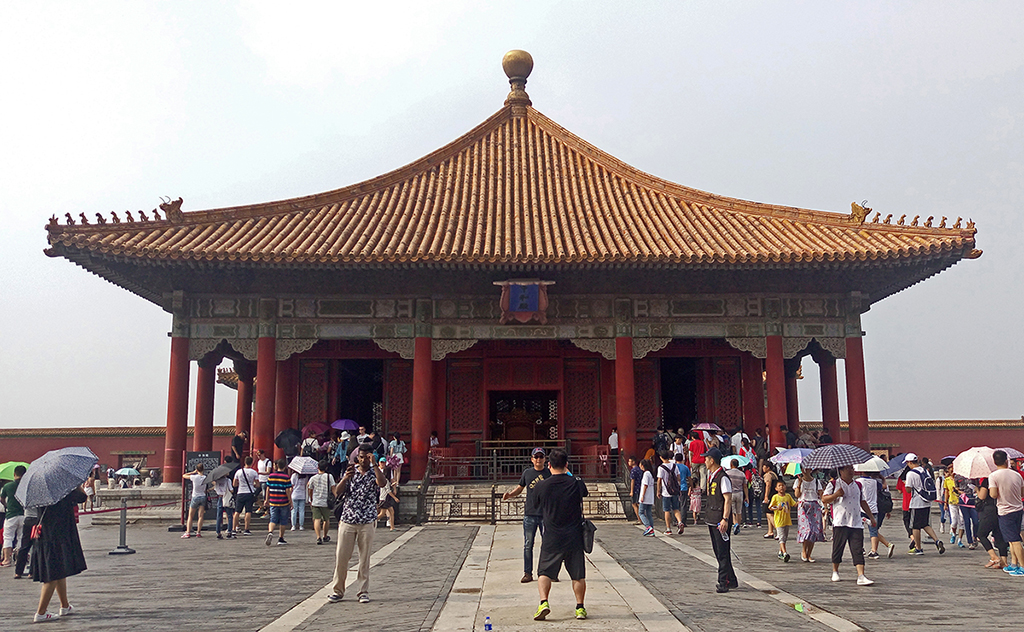 Yegor: We went to the shops and bought gifts for friends. In souvenir shops you can bargain - sellers willingly go to meet. Of course, in large supermarkets this can not be done, just like in a taxi - they have meters, and the tariffs are fixed. Another thing: the Chinese taxi drivers practically do not know English. Therefore, if you plan to move in China by taxi without an interpreter, it is worthwhile to plan in advance the route and show it on the map to the driver.

- Yegor, Ekaterina, thank you for an interesting interview! I wish you success in your studies and science.