SPbPU Rector Academician of RAS, A.I. RUDSKOY at the meeting with the delegation of the Parana Federal Technological University (Brazil) came up with the initiative to sign an agreement on cooperation between the two universities within the frame of the 3rd Forum of Rectors of Russian and Iberoamerican Universities, which will take place on October 11, 2018. 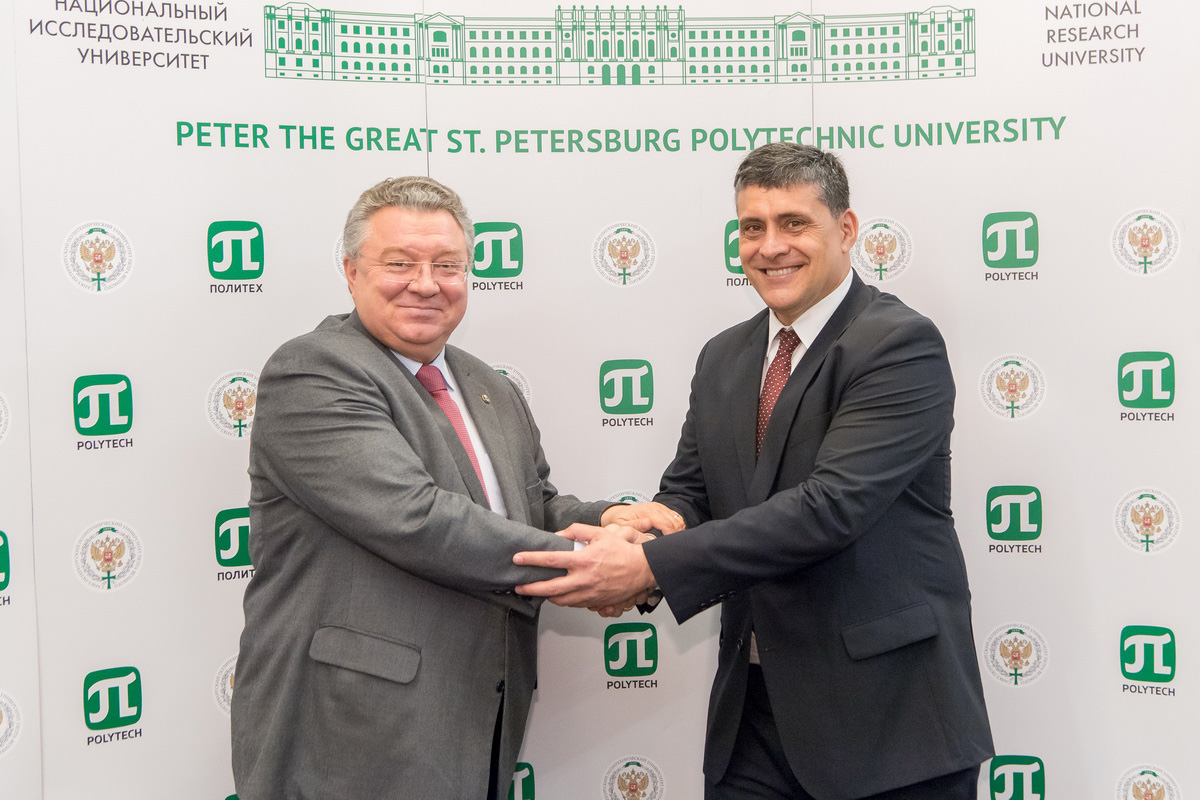 This was the first visit of a delegation of the only Brazil technological university and the largest of all universities in the country offering training programs in engineering to Polytechnic University. For SPbPU, development of cooperation with colleagues from the BRICS countries is one of the priority areas of internationalization. Brazil is a prominent member of the world community and its political capital is on the rise; it also is the largest state in Latin America and, like Russia, one of the world’s leading economies. For this reason, putting efforts together, particularly in the science and education fields, is of strategic nature. “Both you and we must educate specialists for our economies, capable to meet the goals which our states face. And our cooperation and exchange of best practices and experiences will be quite helpful for both universities in doing that. After you will have seen today our laboratories and developments, only a small part of those - regrettably, and assessed the level of our educational activities, we will be ready for signing an agreement within a short period of time,” the rector is sure. 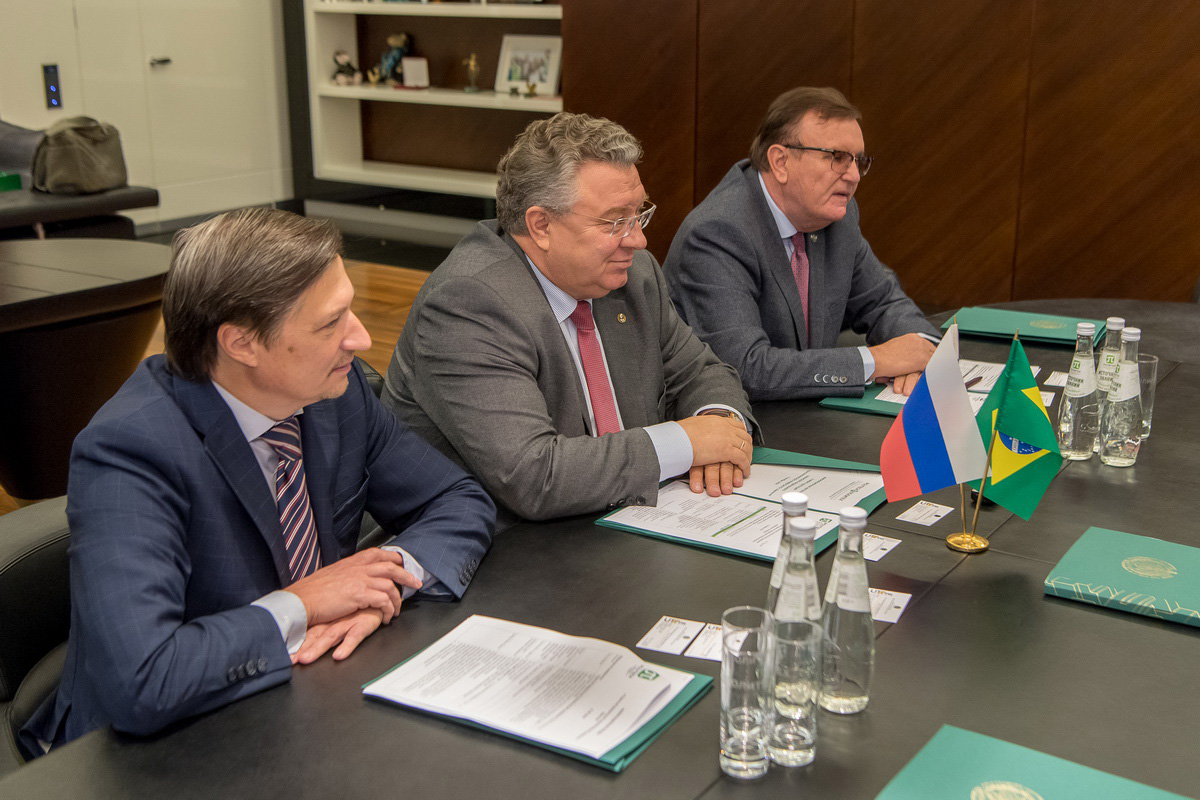 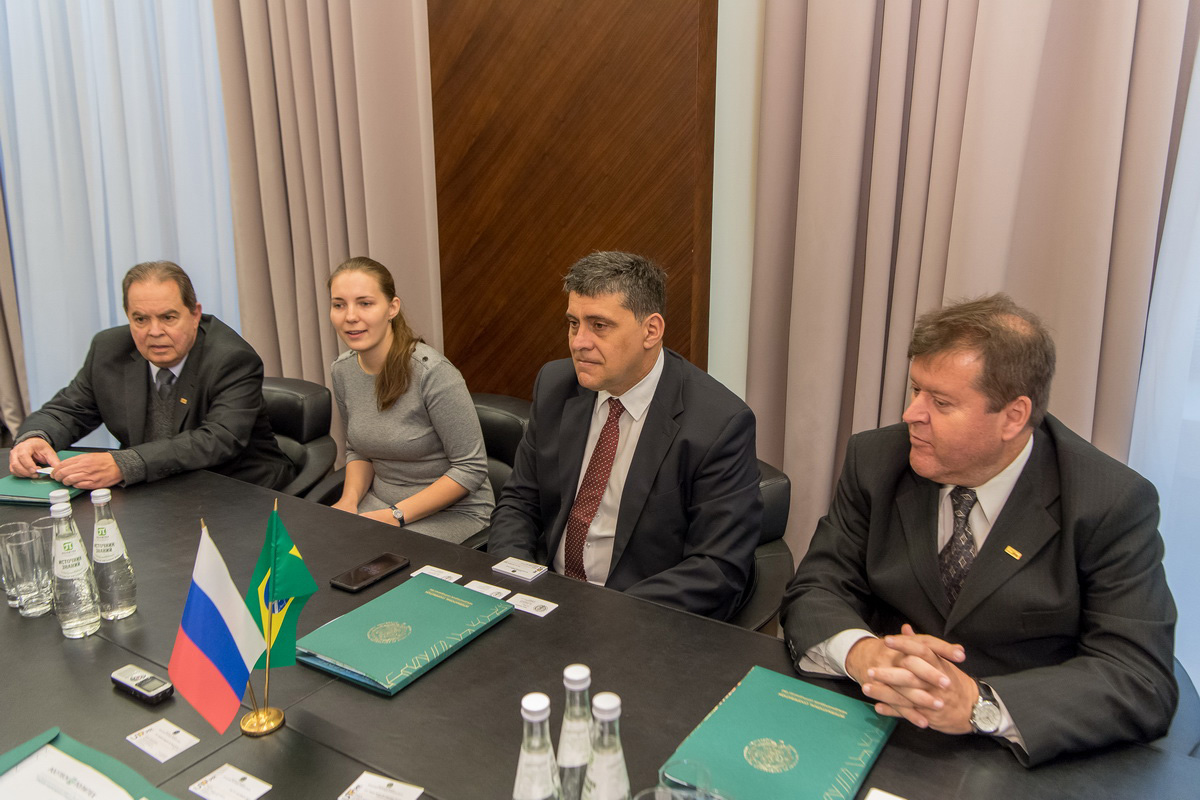 Rector of the Parana Federal Technological University Prof. Luis Alberto PILATTI presented his vision of the subsequent steps on the development of academic contacts. These include organization of joint laboratories, involvement of professors and specialists from both universities in the cooperation, student and teacher exchanges. In his opinion, even the first acquaintance with Peter the Great St. Petersburg Polytechnic University allows to assess the huge experience in the research and educational spheres in the priority areas of study for the Parana University: energy and ecology, digital design, robotics, etc., which presents opportunities for broad cooperation in the future. During the discussion, the issue of international rankings was touched. While the dynamics of advancement of Russian and Brazilian universities in global rankings is very indicative, in the opinion of Mr. PILATTI, “the real quality of education in our universities is much higher than what various international ratings show.”

Negotiations in the rectorate have shown that the Russian and Brazilian parties are extremely interested in establishing long-term partner relations and that “pretty soon, the leading technical universities of our countries will move to the stage of true interaction.” 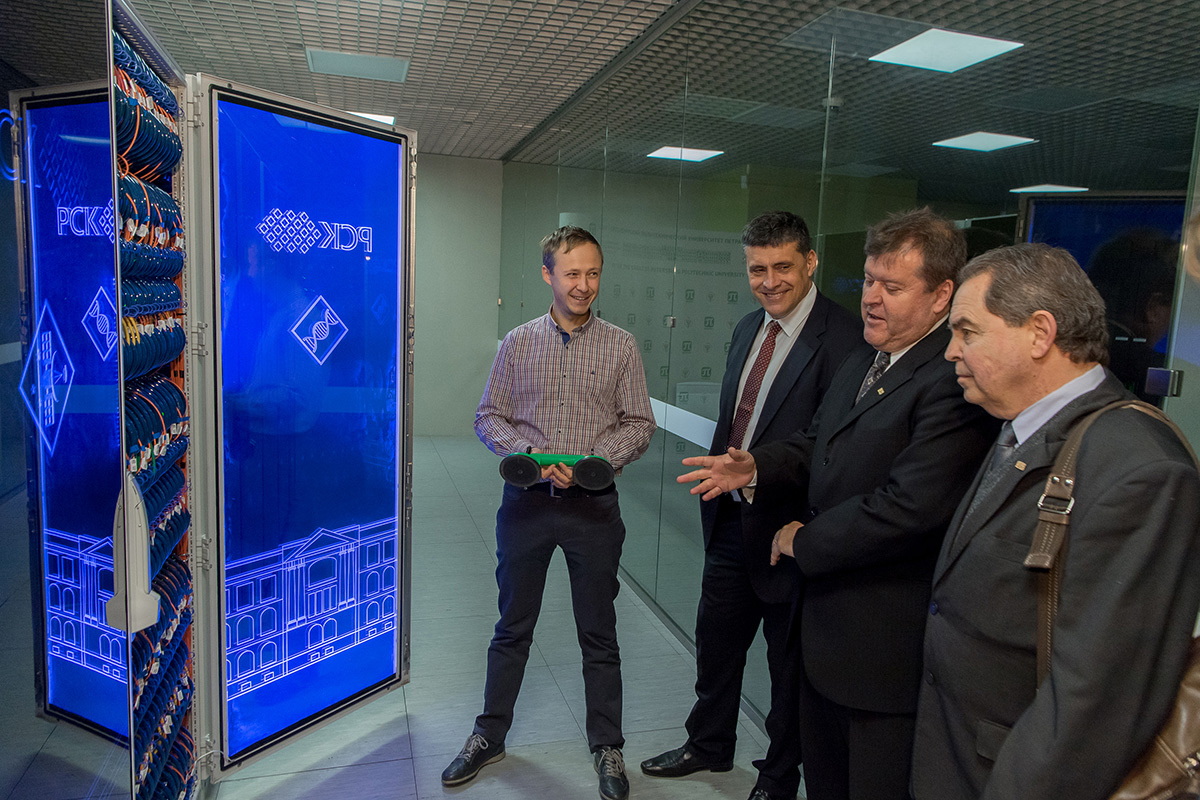 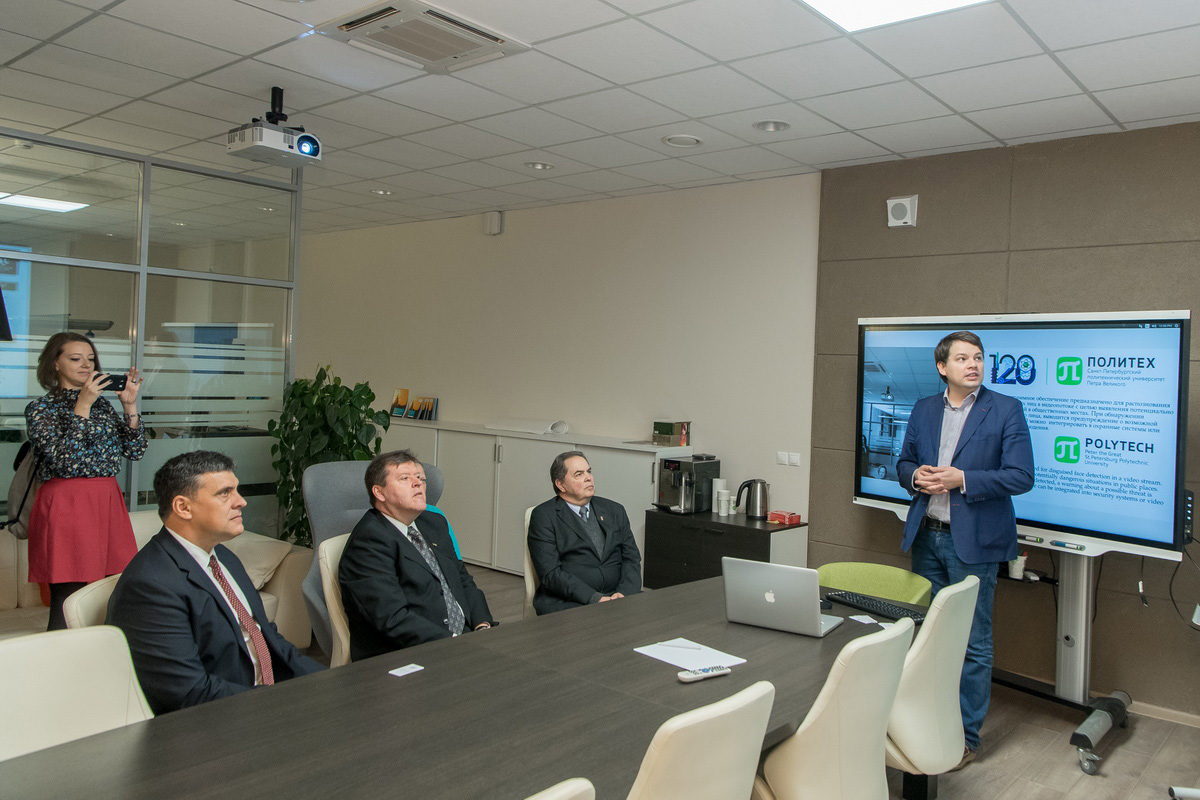 After a tour of the SPbPU Main Building, the guests went to the Higher School of Biotechnology and Food Technology, where they were shown the developments of the “Environmental Biotechnology” research laboratory. The Life Science and bio technologies are the key areas of studies at the Parana Federal Technological University, and for that reason, the delegation’s agenda included visiting the Siemens Laboratory, Super Computer Center, Laboratory of Light Materials and Constructions, and the recently opened at SPbPU Kawasaki –Polytech Science and Education Center of Industrial Robotics.

During his interview with SPbPU international services, Mr. PILATTI was quite explicit about his appreciation and admitted that he was impressed with the projects of SPbPU scholars. "Both our universities have a large-scale goal of establishing cooperation with foreign partners. Our visit proved to be very fruitful. We want to develop our cooperation with Polytechnic University and aim to establish direct contacts, and then to operate at the level of specific scientific collectives,” the rector of the Brazilian university stressed. 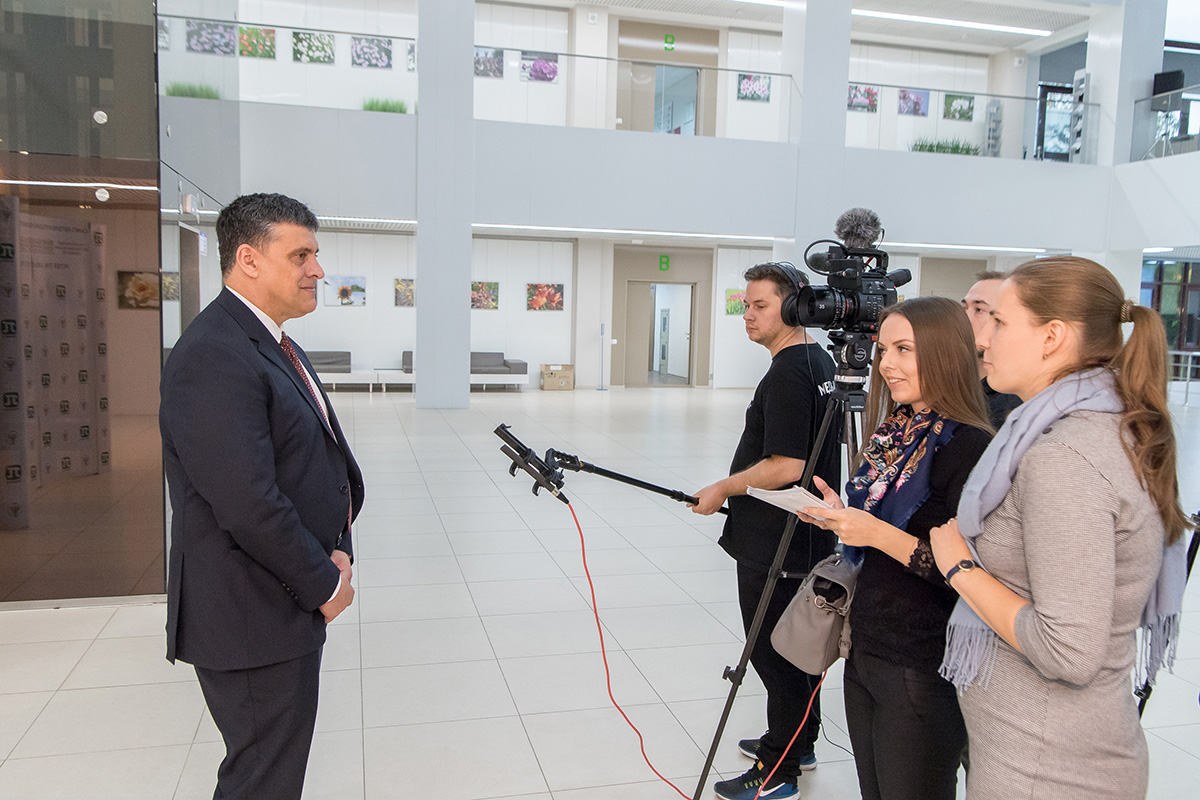 To sum up the visit, the parties got together at the Resource Center of the SPbPU International Campus, where among others they discussed educational issues. Colleagues from Brazil showed true interest in the international educational programs of Polytechnic University, which Mr. PILATTI considered as great opportunities for Brazilian students to come to Russia and study in English at our university. Resuming, Vice-Rector for International Relations D.G. ARSENIEV expressed his hope that the meeting would not only stick in memory as an interesting communication but lead to practical results. The latter will be based on the agreement on cooperation which is to be signed in the nearest future.