Peter the Great St. Petersburg Polytechnic University, as one of the leading technical universities of the country, plays a significant role in expanding scientific, technical, and educational cooperation between Russia and China. It was confirmed by an increased interest in Polytech from Chinese partners – representatives of business, science, and authorities – shown in connection with the opening of SPbPU Office in Shanghai. Let us remind that in April, 2016, Polytech was first among Russian universities to open its representative office in PRC. Activity of the office attracted attention of Chinese counterparts and, thanks to the efforts of the Polytech's international services and Director of SPbPU Office in Shanghai Ms. Su JING, even at the initial stage, namely during the official opening of the representative office, a number of agreements with large organizations, which play an important role in science and economy of the People's Republic of China, were signed. In July, an agreement was reached on strategic partnership with the PRC State Administration of Foreign Experts Affairs on organizing academic exchange. 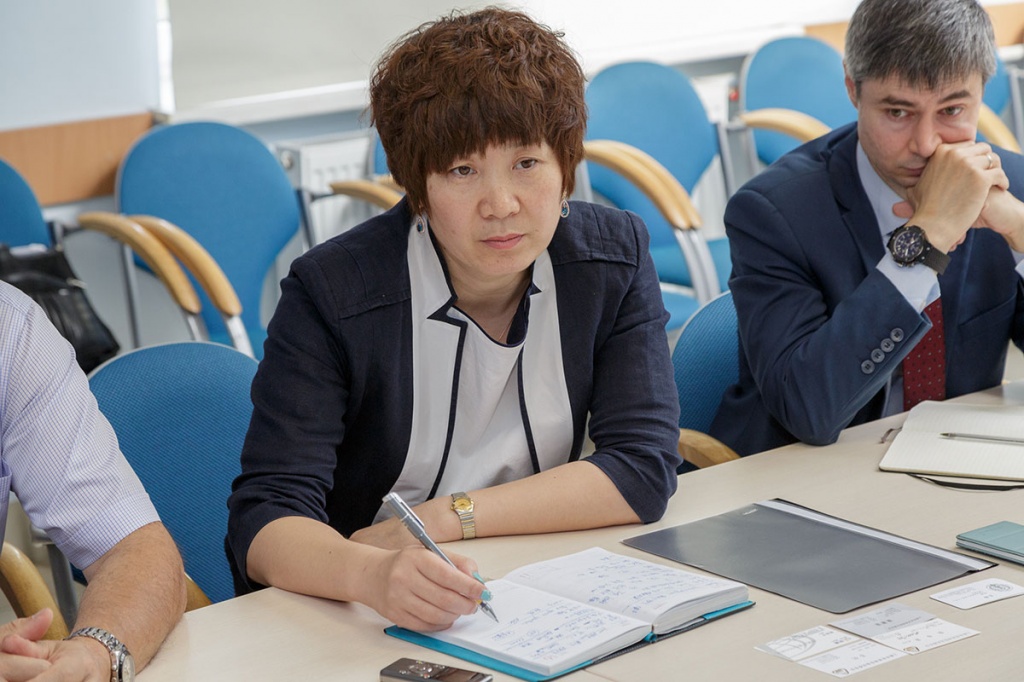 The next step was a visit of representatives of Shanghai Municipal Commission of Economy and Informatization headed by Deputy Director Mr. Zhang HUAFAN to SPbPU. On July 31, negotiations between representatives of the Institute of Physics, Nanotechnology, and Telecommunications (IPNT SPbPU) and key experts of the Commission took place at SPbPU Supply Center for International Activity. The significance of this event is also confirmed by the fact that representatives of the Shanghai Technology Innovation Strategic Alliance of Satellite Navigation and Positioning Industries and also the Shanghai Interuniversity Center of Engineering and Research on Spatial Information and Satellite Navigation Systems, and HuaCe Navigation Technology LTD took part in the negotiations. 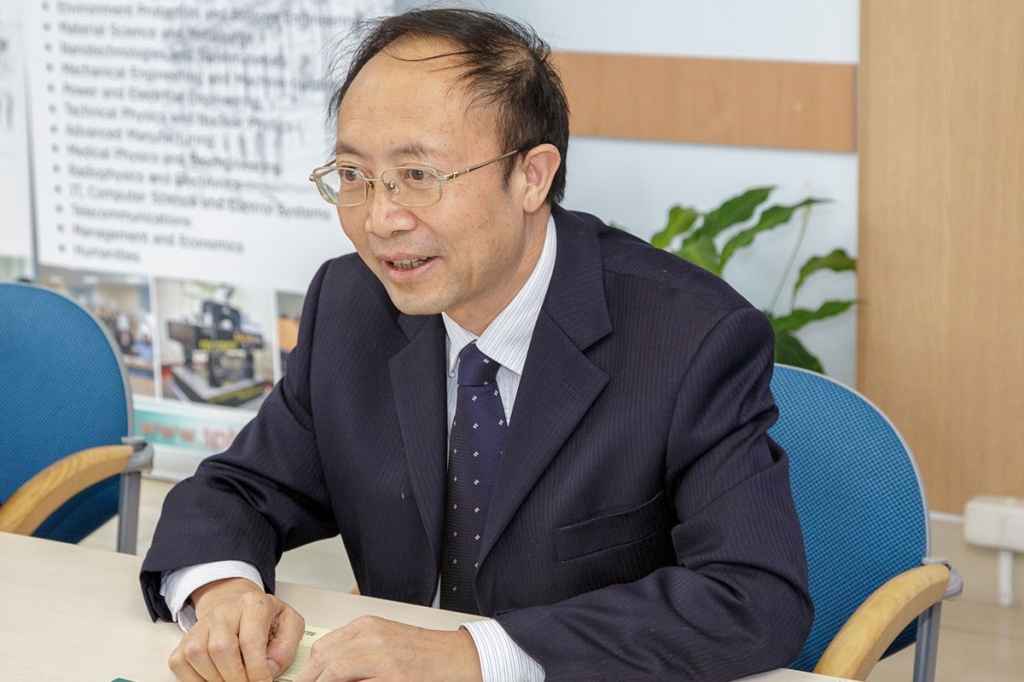 During the meeting, employees of IPNT SPbPU presented three scientific projects for their further launch on the Chinese market. Particularly, the projects under discussion were connected with telecommunications, satellite navigation, and cellular systems. Director of IPNT SPbPU Prof. S.B. MAKAROV said that the Institute's activity covers different scientific fields: space, telecommunications, new materials and physics. Sergey Borisovich paid special attention to research and projects in satellite navigation and specifically talked about a device, which is being developed at IPNT and is used in the GLONASS system for high-precision determination of parameters of objects in space. 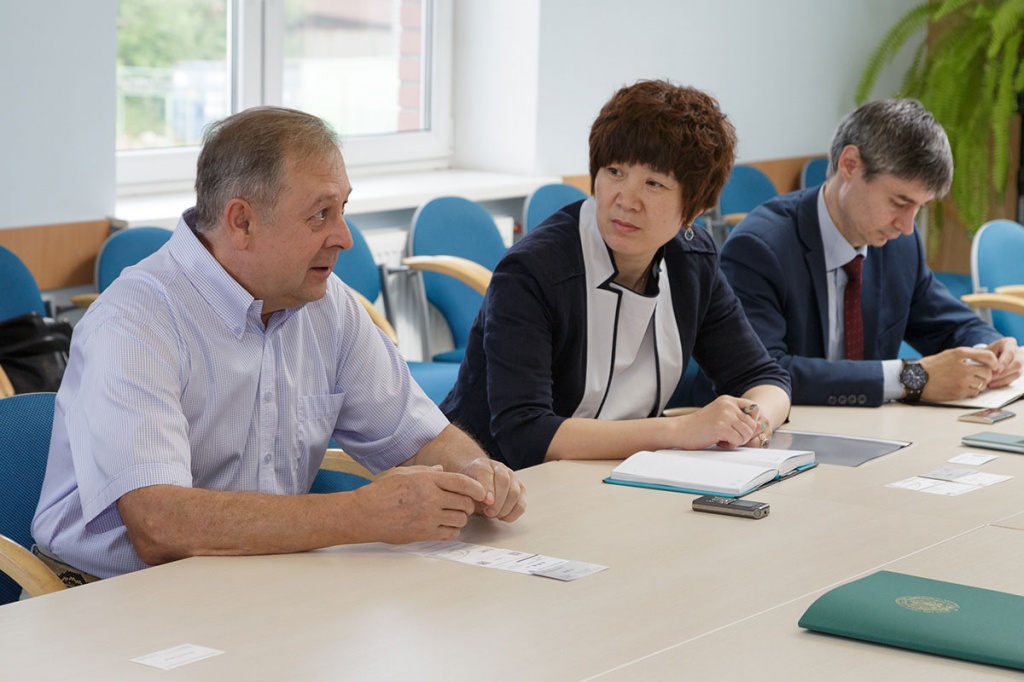 Deputy Director of Shanghai Municipal Commission of Economy and Informatization Mr. Zhang HUAFAN talked about what this commission dealt with. Particularly, the Commission determines the amount of investments and lines of development of real estate, industry, and informatization; it is responsible for tendencies in innovative technology industry, technical progress, and technological innovations with the application of advanced technologies to modernize traditional branches of industry; contributes to the development of small and medium business; it is also responsible for the development of the whole informational infrastructure of the region. "And now, when the relations between China and Russia rise to a new level, we think that our cooperation will be very active and prospective," – summarized Mr. Zhang HUAFAN. 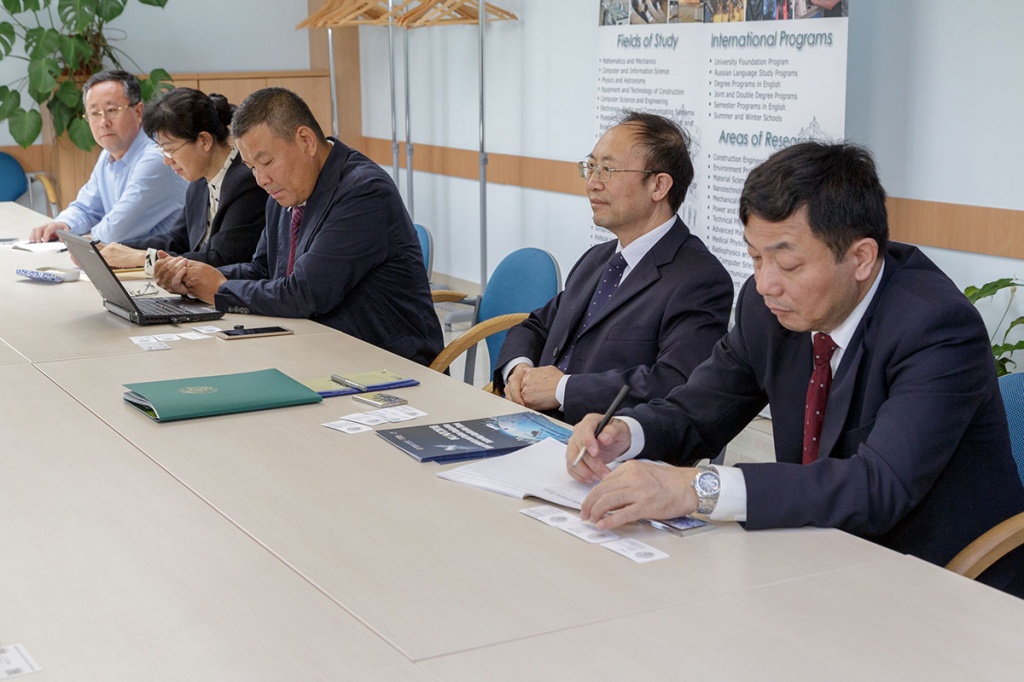 Besides, the Deputy Director of Shanghai Municipal Commission of Economy and Informatization said that at the beginning of November, in Shanghai, industrial results will be presented at the annual exposition, which is organized by the city's government. Representatives of 10 leading enterprises of PRC will participate in the event, including those specializing in space, communication systems, and telecommunications. Mr. Zhang HUAFAN showed readiness to help the Polytechnic University with participation in this exposition if the university is ready to present its projects. Mr. Yuan SONTAO, a board member of HuaCe Navigation Technology LTD, also made a speech at the meeting. He talked about the company's activity in satellite navigation.

Chinese counterparts are interested in developing and promoting joint projects with the Polytechnic University. Therefore, special attention was paid to approaches to promoting the university's projects and interaction with real manufacturers. Head of the Department of International Scientific and External Economic Relations of SPbPU S.S. ANTONOV, answering the question about the university interaction with foreign companies, noted that Polytech, holding the status of national scientific and research university, undoubtedly aims at commercialization of its scientific projects both on domestic and international markets. Besides, methods (ways) of SPbPU interaction with industrial partners can be very diverse: "The most common one is signing direct contracts, when a company sets a task and the university conducts this research. Apart from that, we engage a partner company when preparing joint applications for financing within the framework of international programs. And the most complex interaction with a foreign industrial partner is establishing research and educational centers." Giving the example of LG PolyREC, which deals with problems of computer security, the expert explained that this way of cooperation implies, apart from joint research with the university, the company's participation in financing and developing educational programs which significantly increase competitiveness of graduates in the labor market. 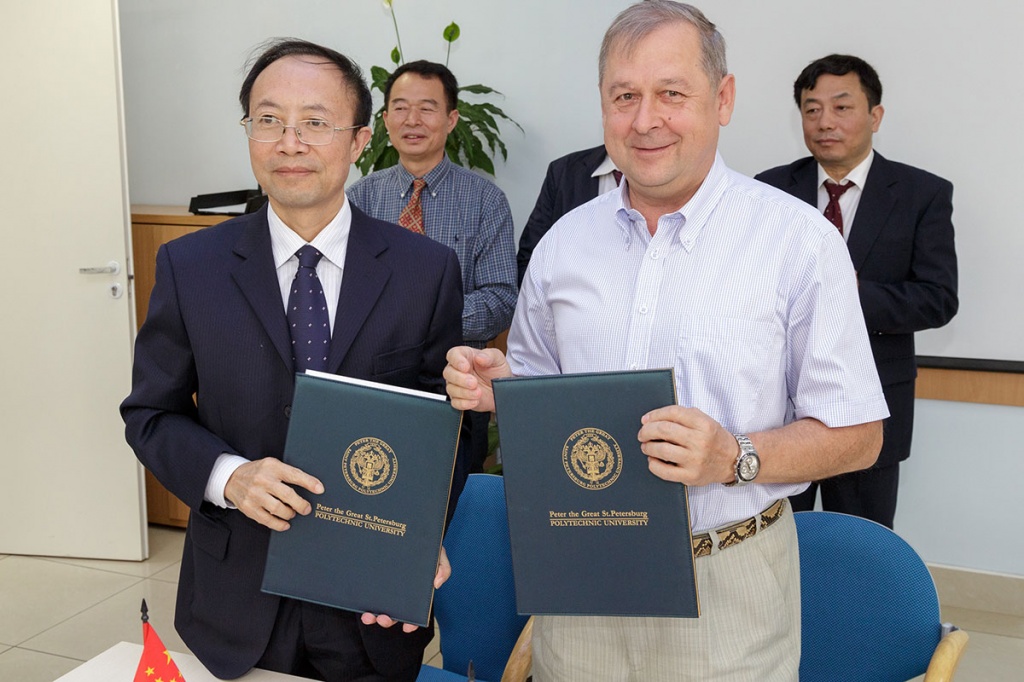 The meeting with Chinese counterparts resulted in signing the Memorandum of cooperation, within the framework of which Shanghai Municipal Commission of Economy and Informatization intends to actively support cooperation with SPbPU and allocate resources for further work on projects of IPNT SPbPU, presented during the meeting, and their implementation. Besides, the Memorandum confirms the intention of the Chinese party to actively prepare the PRC market to introducing joint Russian-Chinese projects. The Polytechnic University, in its turn, pledges to further promotion of scientific achievements and innovations in Russia and countries of CIS. In the opinion of Vice-Rector for International Relations of SPbPU D.G. ARSENIEV, "the signed document will contribute to implementation of the agreements which have been reached during negotiations with research teams, and productive joint work awaits us."

At the end of the meeting, Director of SPbPU Office in Shanghai Ms. Su JING summed up that representatives of Shanghai Municipal Commission of Economy and Informatization had come to Polytech with certain purpose and interest, which demonstrates "seriousness of intentions of both parties and the beginning of real cooperation."