Language is the basis of any national culture. And our university pays much attention to the popularization of Russian culture in the world educational space, promotes of the Russian language abroad and encourages foreigners to get higher education in Russian. A special place in the international activity of Peter the Great St. Petersburg Polytechnic University is the development of cultural and academic ties with Spain. Our cooperation with Spanish academic and research institutions intensified with the opening of SPbPU Information Center in Madrid. This Information Centre was established with the support of one of the oldest and largest technical universities in Spain - Polytechnic University of Madrid. During a week (November 27 - December 1) SPbPU carried out large-scale educational and cultural events in two Spanish cities - Madrid and Cadiz - "Open Your Heart to Russia". According to the organizers, these events are supposed to promote our country to Spanish community, encouraging Spanish to study in Russia. 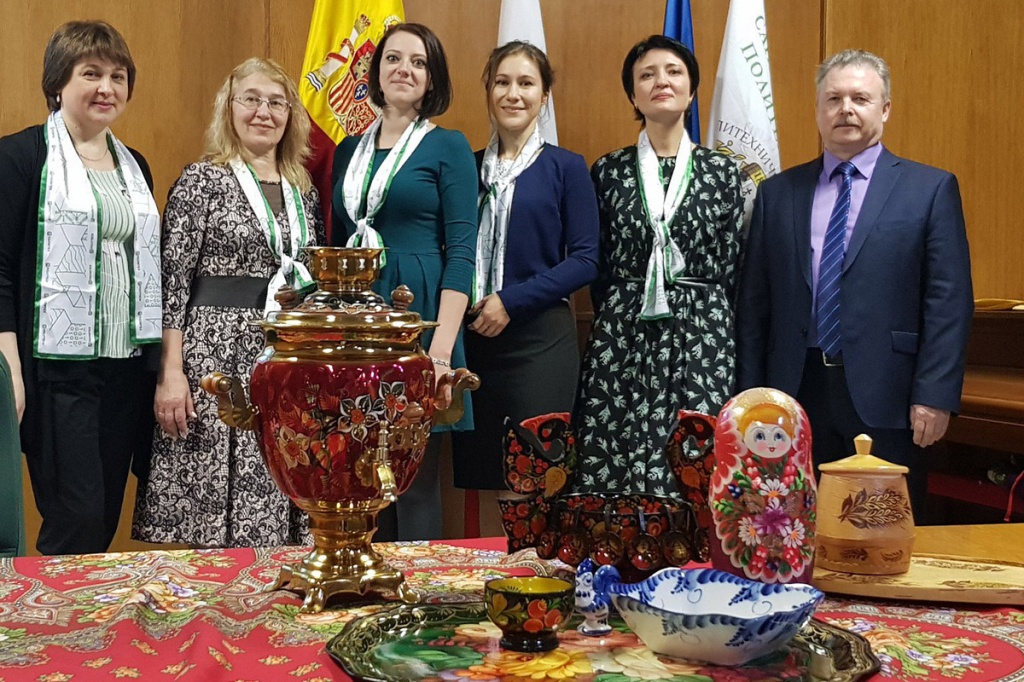 The first visit of SPbPU delegation programme was to the Higher School of Roads, Channels and Tunnels of the Polytechnic University of Madrid. The students of the Polytechnic University of Madrid had a great opportunity to get acquainted with the traditions of Russian culture. Opening the event, José Miguel Atienza Riera, Vice-Rector for Academic Strategy and International Partnership of the Polytechnic University of Madrid noted that the cultures of Spain and Russia are very different. However there is much mutual interest, and on closer examination one can find real facts of similarity and even interpenetration. For example, many Russian artists and writers turned to Spanish culture in their works, and those who love literature, according to the Vice-Rector, “must know and read Russian classical books.” Moreover, the source of both Spanish and Russian higher engineering education was the Augustine Betancourt, an outstanding scientist, architect and mechanical engineer. His approach to education was a combination of fundamental studies, professional engineering and specialized training. And today the approaches of Russia and Spain to engineering education have much in common, which makes it “easy to move in one direction and develop joint projects”, according to José Miguel Atienza Riera. The Vice-Rector underlined that cooperation with Russian technical universities – both academic and cultural - is very important for the Polytechnic University of Madrid and expressed the gratitude SPbPU authorities for the initiative to hold this educational and cultural event. 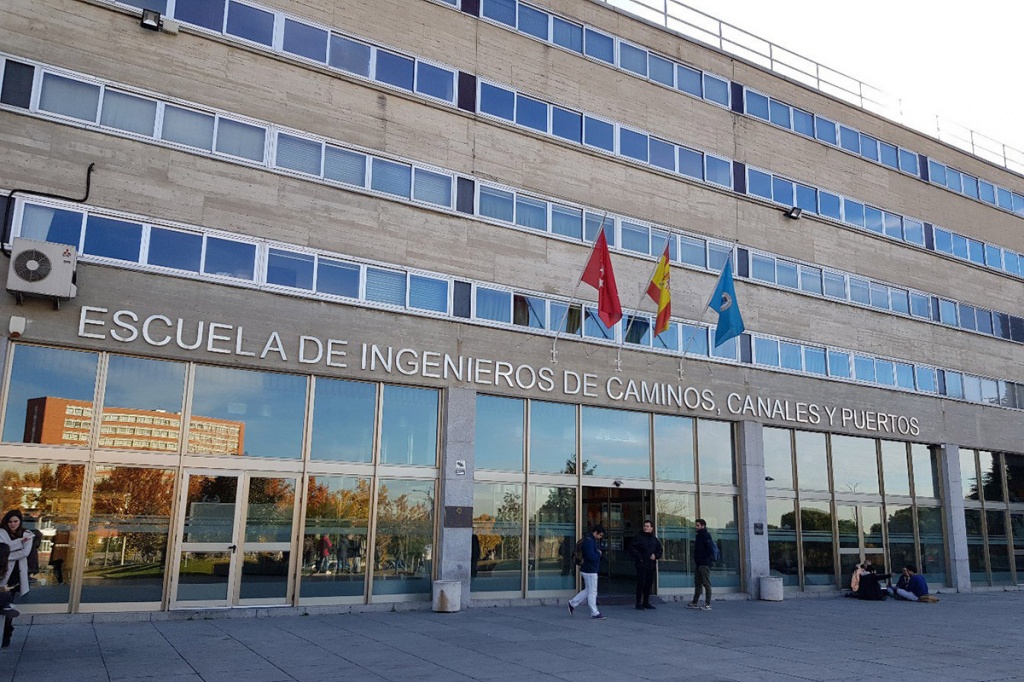 Francisco Javier Martín, Director of the High School of Roads, Channels and Tunnels of the Polytechnic University of Madrid, also noted the importance of the Betancourt in his welcoming speech. It is an interesting historical fact that having founded this school in 1802, after moving to Russia he became more famous than at home! Francisco Javier Martin even joked that the President of the USSR, Mikhail Gorbachev, when he arrived in Spain, said: "I'm in Betancourt’s country," and the government services were immediately instructed to find out who Betancourt was and why Gorbachev knew him. And today, despite unfavorable trends in international relations and domestic political events, Russia and Spain continue to develop bilateral relations. And the task of universities, in his opinion, is to do everything possible, so that our countries are closer to each other. "Today we are entering with Peter the Great St. Petersburg Polytechnic University in a different, more intimate phase of communication," he said. "And I am sure that there is no better place for this cultural event than our university and our higher school." 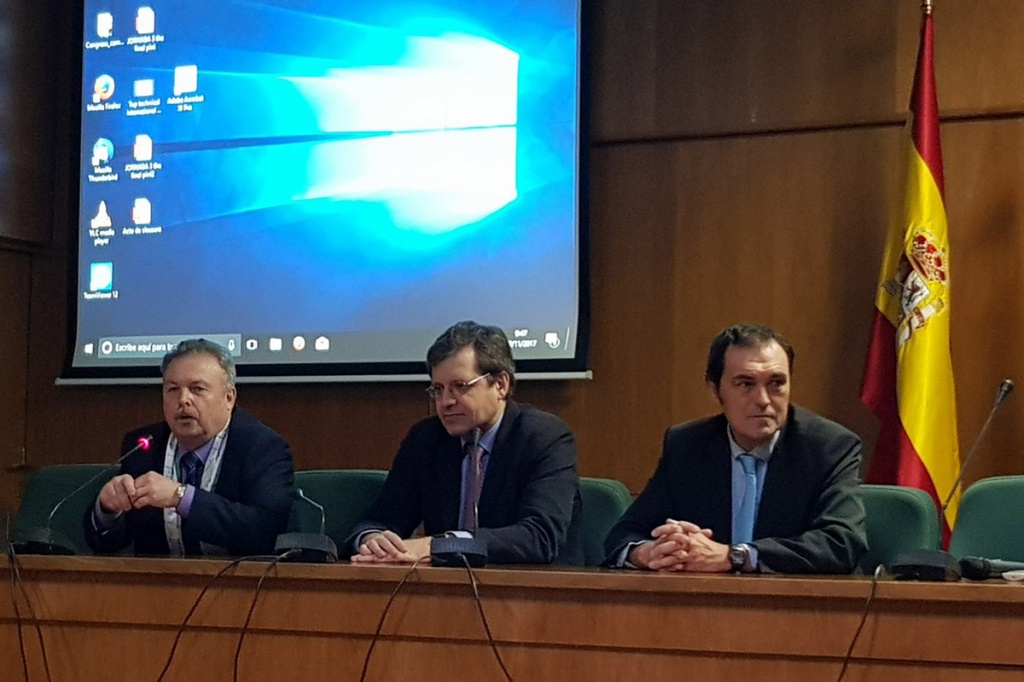 Head of SPbPU International Office Vladimir Khizhnyak as well noted that in our time it is sometimes difficult to understand what is happening in the world, and one of the best ways to understand this is to make up your own opinion. “You need to communicate with people - representatives of different countries. We at the Polytechnic try to get our students acquainted with different people and different cultures. And we also try to get international students acquainted with our culture and traditions. Universities are able to bring together different things which can be disconnected for different reasons. That's why we are here, " he said. 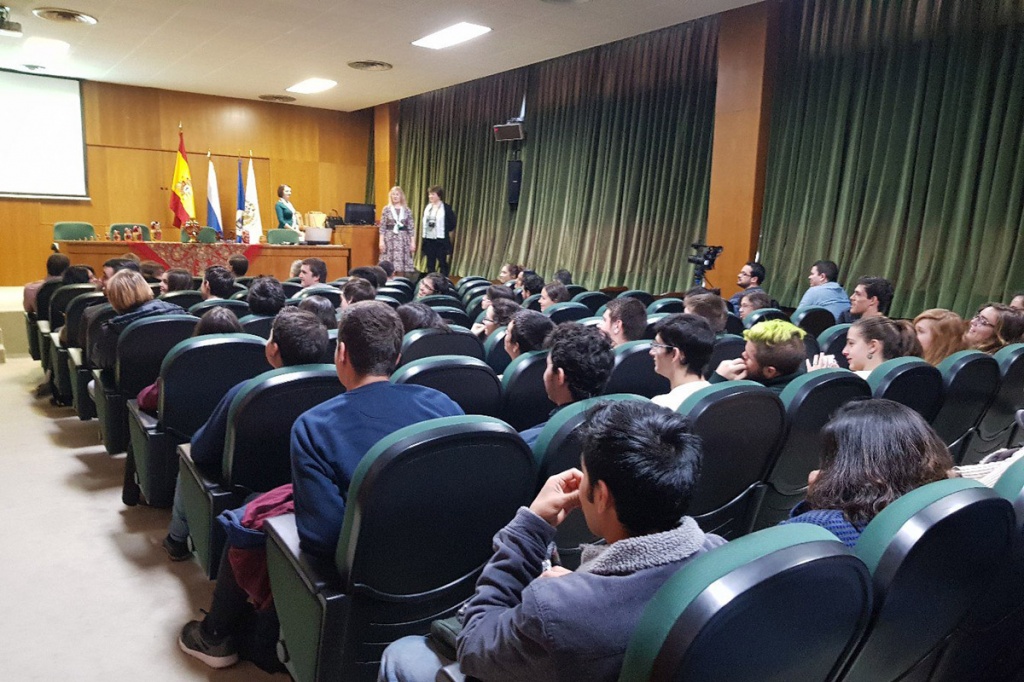 Russian and Spanish sides have seriously prepared for the event. There was a special atmosphere during the event - a small part of Russia on the Spanish territory. Moreover, 80 students, who want to learn or improve their skills of the Russian language, registered in advance. 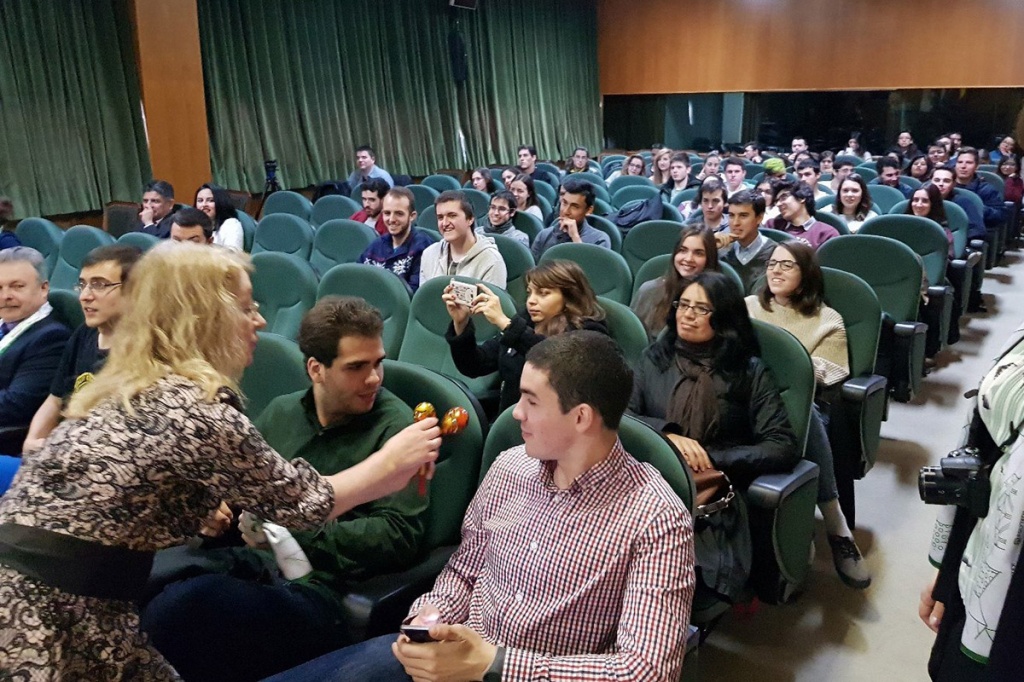 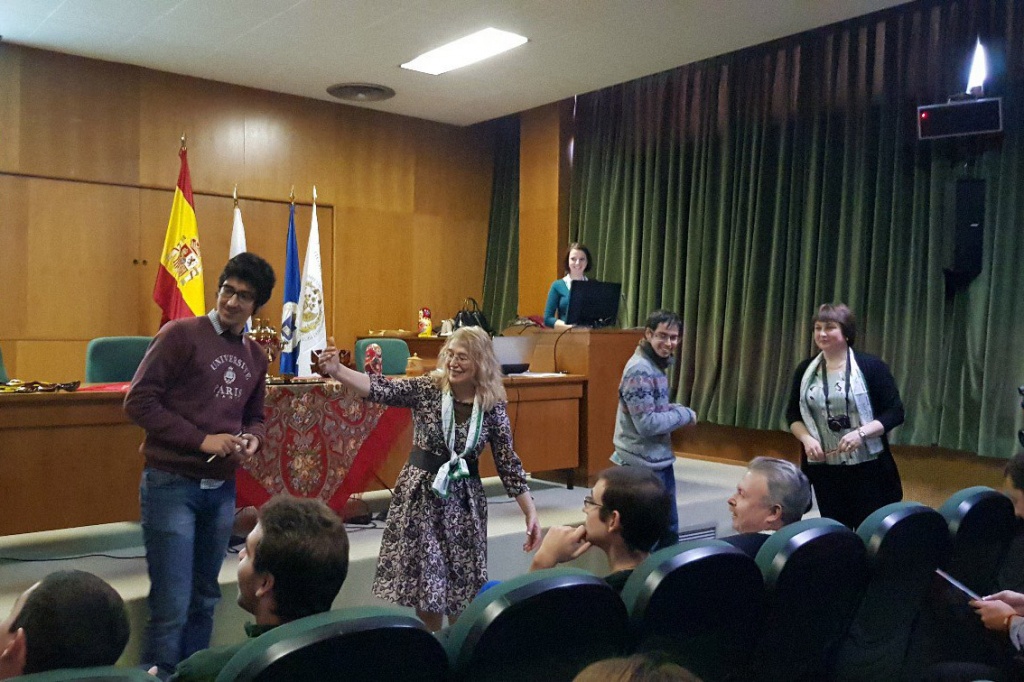 Our team is experienced, creative and enthusiastic teachers with rich experience of teaching in Russia and abroad. And each of them has their own ideas, how to make classes more effective and interesting. This time they decided to focus on the "classics". In fact today, as before, matryoshka, samovar, folk handicrafts are symbols of Russian original culture. Director of SPbPU Center for Russian as a Foreign Language Irina BARANOVA, Associate Professors of the Higher School of International Educational Programmes Irina GLADKIKH and Maria DOTSENKO in a warm, friendly atmosphere got Spanish students acquainted with Russian folk crafts and popular songs, told about cities and major historical events. Not surprisingly, with this approach Spanish students really enjoyed working with Russian teachers. They sang with great pleasure, competed with each other to learn Russian words and participated in the quiz. 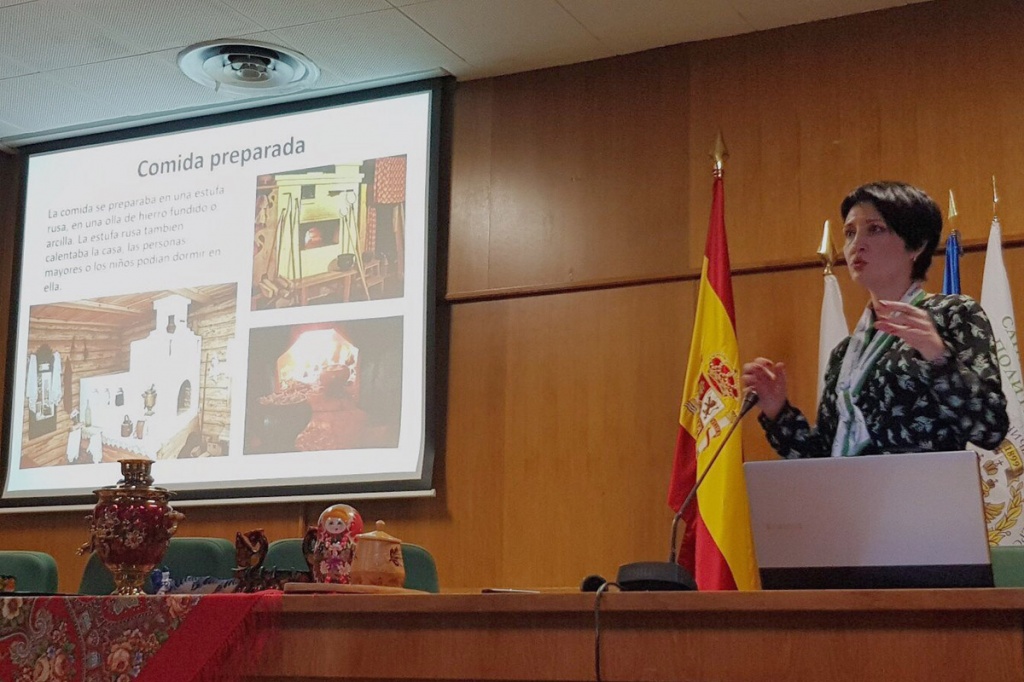 As we all know, the best representation of any country is cuisine. Russia is proud of its gastronomic heritage. To make full use of this potential, our teachers also decided to use this potential. From a colorful presentation Spanish students learned what a Russian stove looks like, what a cabbage soup and borsch are, and as a homework they had to cook a vinaigrette. But in order to taste real Russian pancakes, the guys did not have to go to Russia. From the theory they quickly moved on to practice and with pleasure they tasted Russian pancakes, according to Russian tradition - with tea and jam. 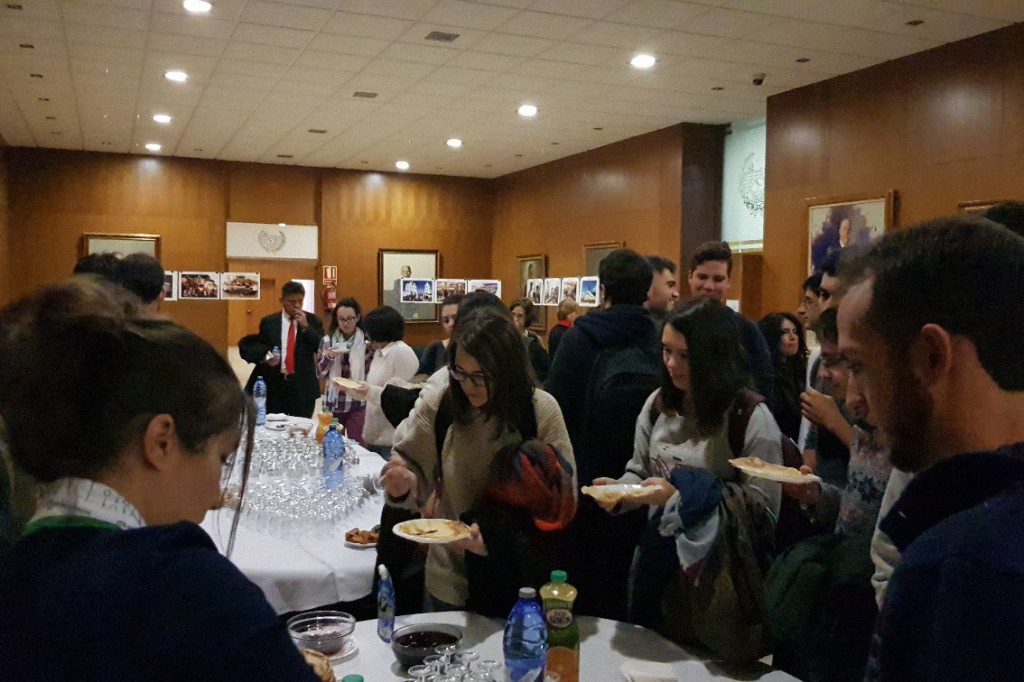 After the event, students thanked the teachers. SPbPU representatives were interested to learn what their attitude towards Russia, Russian culture and the Russian language is. "I liked to dance and to play the wooden spoons," Spanish students told them about what they remembered most. Unfortunately, it is impossible to tell about everyone who came to the event, although they all deserve praise for their love towards Russian culture and language. The question why they decided to learn it may seem trivial. But it turned out that all the guys who came to the event learn Russian for important and interesting purpose and with great interest. And this gives special significance to such projects. 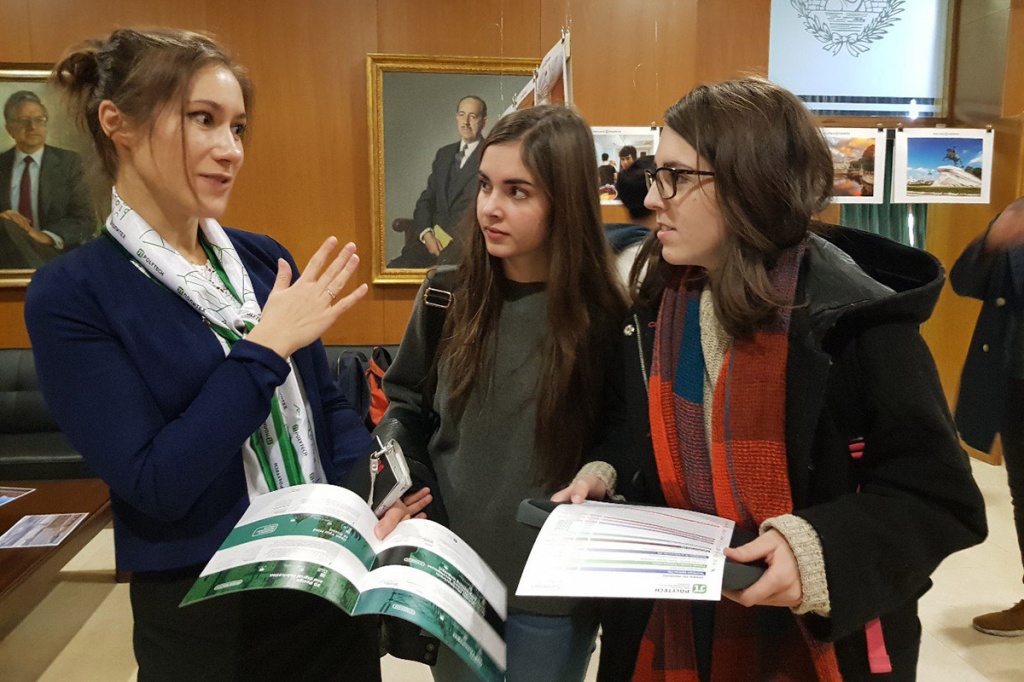 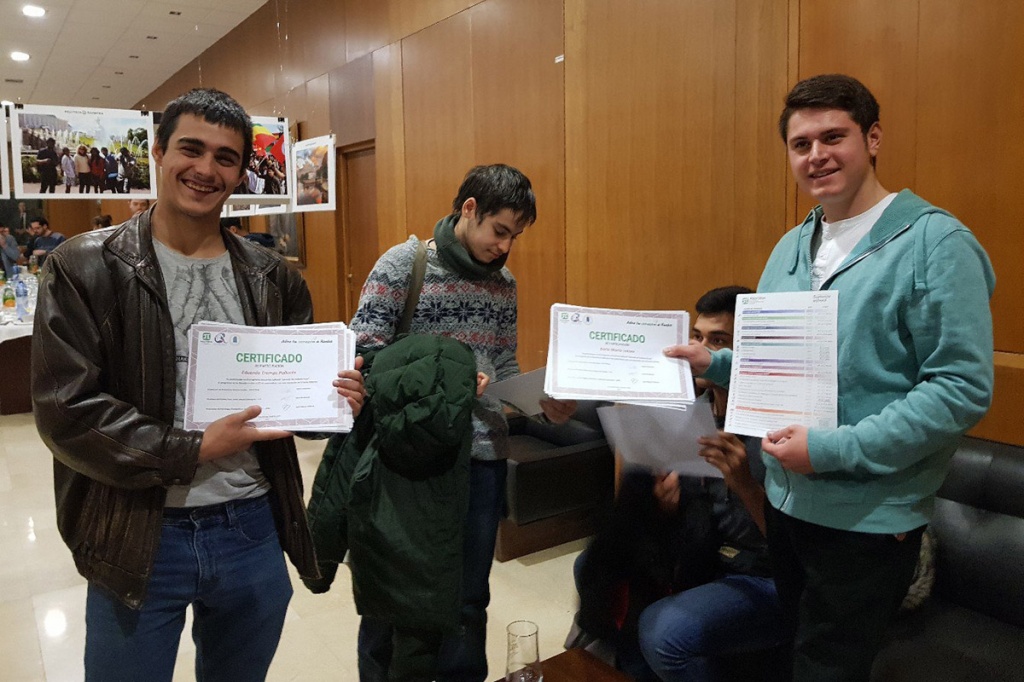 Many students were interested in the Polytech’s educational programmes. It was very convenient that the representatives of the International Office were there and ready to provide them with full information on both short-term and semester programmes. It was a pleasure as well to finalize the events with certificates that each participant of this cultural and educational event received.

The Vice-Rector for International Relations of the Polytechnic University of Madrid, Ms. Dolores Herrero PALENSUELA provided valuable assistance in the preparation and carrying out the event. She confessed that at first she was worrying about this idea. However she commented: “With the difference in mentality, the contact of your teachers with our students was absolutely perfect," she noted. “Efforts of people who are trying to preserve and bring their authenticity to the world with an accessible language of music, dances, pictures of famous writers and artists, are worthy of huge respect. I am convinced that such events are very important and I hope they will become a tradition. Seeing how you did it, we would also like to do something like that with you, at SPbPU. " 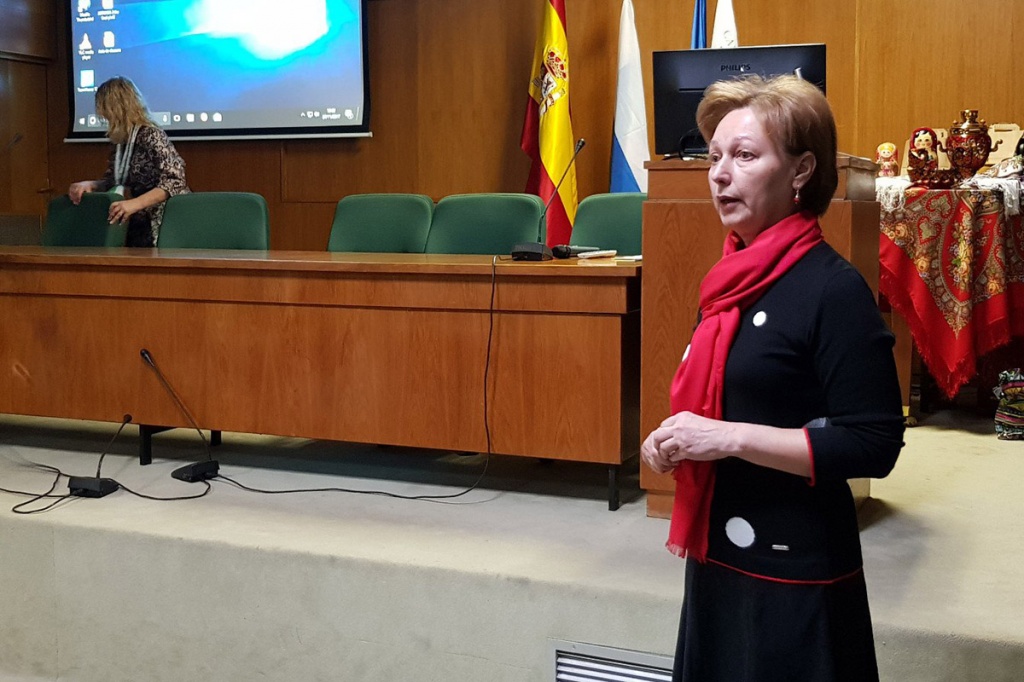 After the Polytechnic University of Madrid, SPbPU delegation moved to the Russian Center of Science and Culture (Rossotrudnichestvo) in Madrid, where the Russian Language and Culture Festival "Welcome to Russia!" . We will continue our series of publications about the official opening ceremony and why Spanish students are trying to learn Russian, what in the country of Cervantes know about “mysterious Russians” and how tongue twisters and folk songs can help Spanish to start speak the language of Pushkin and Chekhov.