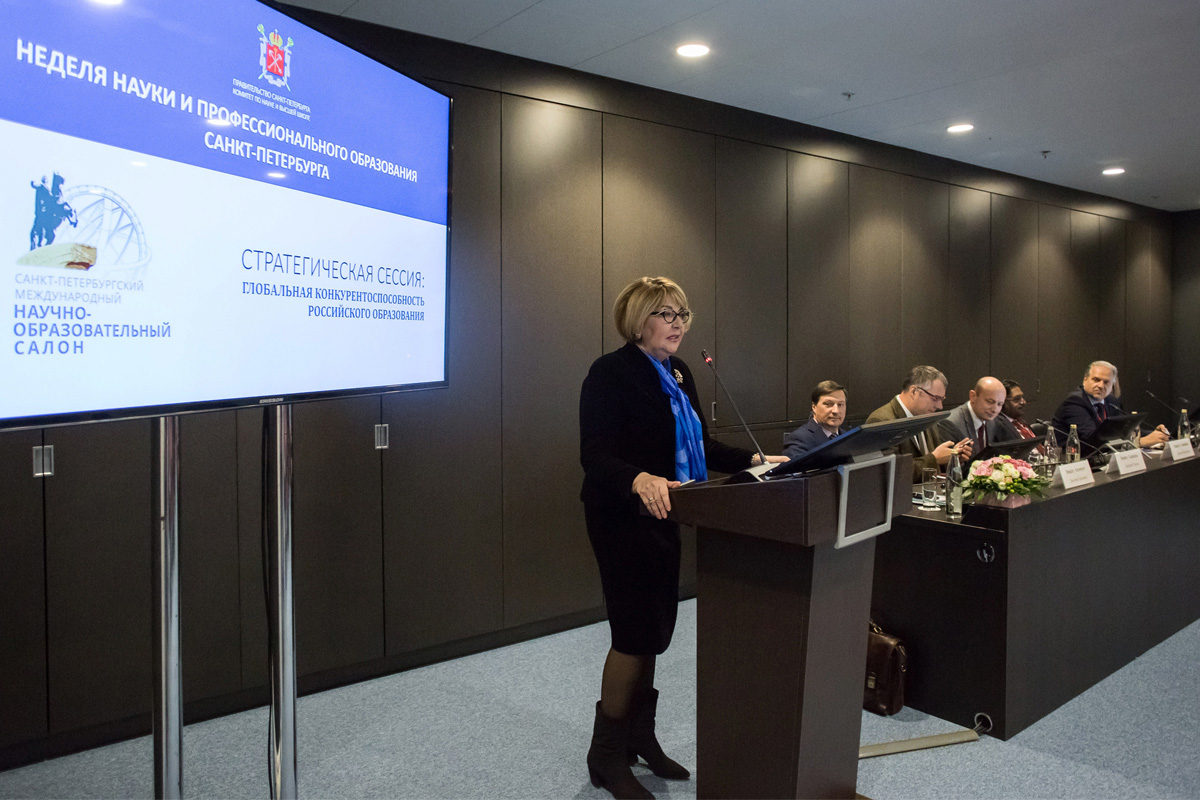 As part of the Salon held at Expoforum, a strategic session dedicated to the global competitiveness of Russian education took place. SPbPU Vice Rector for International Relations D.G. ARSENYEV delivered an introductory report at the session. He spoke about the role of the 5-100 Project in the promotion of Russian universities, SPbPU in particular, in the global educational space and presented a comparative analysis of international competitiveness of Russian universities.

Leading experts in international education from Germany, Switzerland, the Great Britain, and the United Arab Emirates, as well as the Head of Rossotrudnichestvo E.V. MITROFANOVA and Chairman CNHE A.S. MAXIMOV, were the speakers at the strategic session. 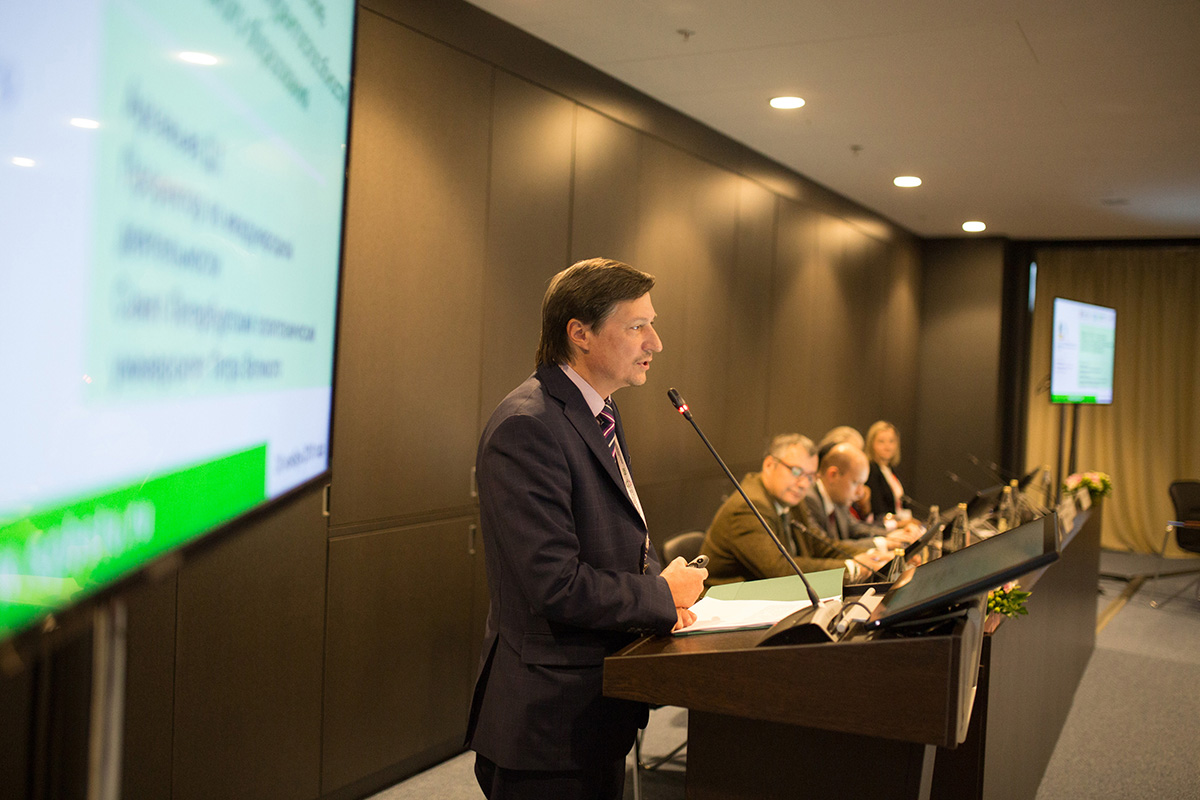 In her presentation, Head of Rossotrudnichestvo E.V. Mitrofanova emphasized the seriousness of the task to double the number of international students set by the President of the Russian Federation in his May Orders and the essentiality of higher education internationalization. She also told about the role of Rossotrudnichestvo in the selection of foreign applicants through the network of the agency’s representative offices abroad and RF Embassies in world countries.

Our university was repeatedly named in the speeches of Russian and foreign experts and speakers. The long-term cooperation of SPbPU and Leibniz University Hannover (LUH) was covered in the report of the coordinator for the work with Central and Eastern Europe of the LUH Office of International Relations N. BUTICH. The speaker described how powerful the tool of internationalization is in a strategic partnership, bringing as the example the relationship between the Russian and German universities. 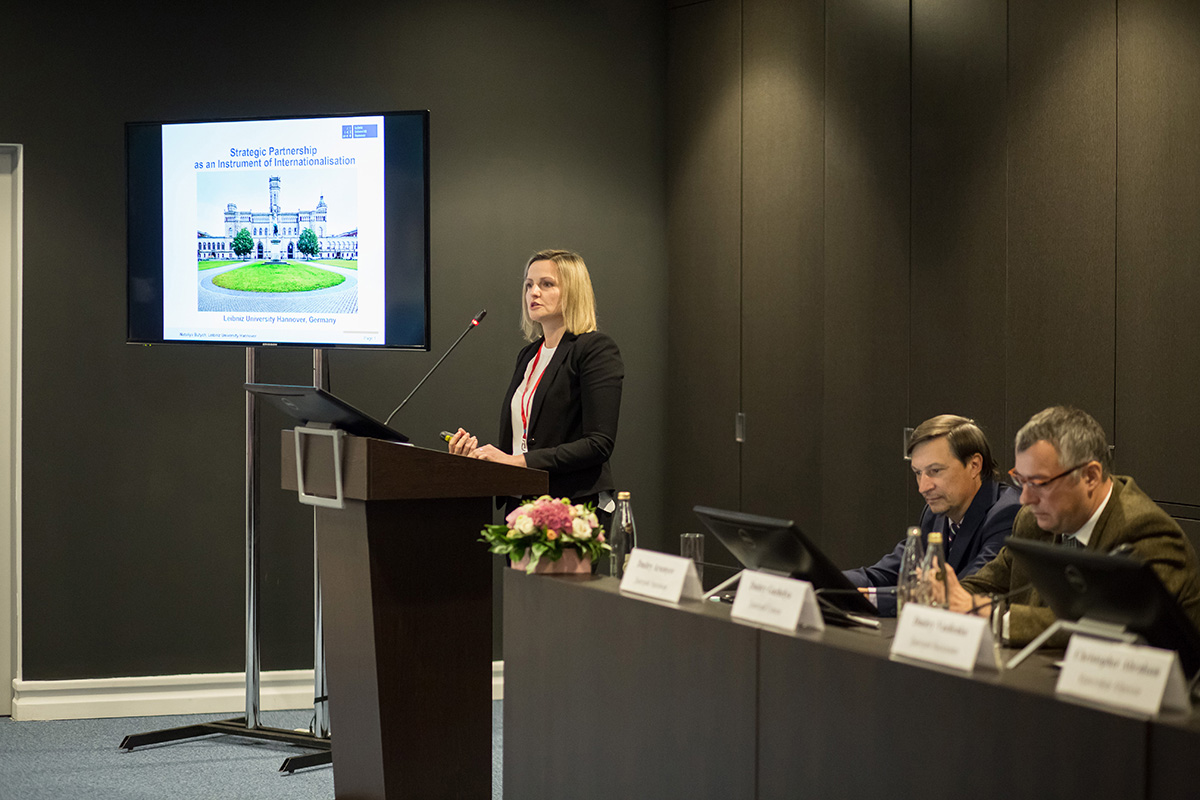 Summing up, Advisor to the head of Rossotrudnichestvo D.Yu. GUZHELYA once again elaborated on the RF Presidential decree, according to which the number of foreign students in higher educational institutions of the country should increase to 700 thousand people by 2024. Polytechnic University’s results show very clearly that the university is moving forward in the right direction: this year, SPbPU got in the top positions by the number of applications from various countries for the state scholarships allocated by the RF Government on annual basis. The fact that Polytechnic University outstripped the leaders of previous years is an outcome of active work of the university on attracting students in different regions of the world.