On December 8, Peter the Great St. Petersburg Polytechnic University and its strategic partner Leibniz University of Hannover (LUH, Germany) held an international symposium dedicated to automatic systems and technologies. It was attended by professors, postgraduate students and students of the Graduate School of Cyberphysical Systems and Control (HS CP&C SPbPU) and the Institute of Transport and Automation of LUH.

Welcoming the participants, Vyacheslav SHKODYREV, Director of the Higher School of CP&C, emphasized that one of the most important components of cooperation between strategic partners is the active interaction of scientific schools. “For more than 10 years, scientists from the Higher School of Cyberphysical Systems and Control have been working together productively with the research team of the Leibniz Institute for Transport and Automation at the University of Hannover, headed by a longtime friend of our university, Professor Ludwig OVERMAYER. During this time, we have held many joint scientific conferences and workshops. The joint double degree Master’s degree program ‘Intelligent systems’ has been created and is being successfully implemented. About 50 students successfully defended their Master’s degree theses and received Master’s degrees from both SPbPU and Leibniz University of Hanover,” Vyacheslav SHKODYREV emphasized. 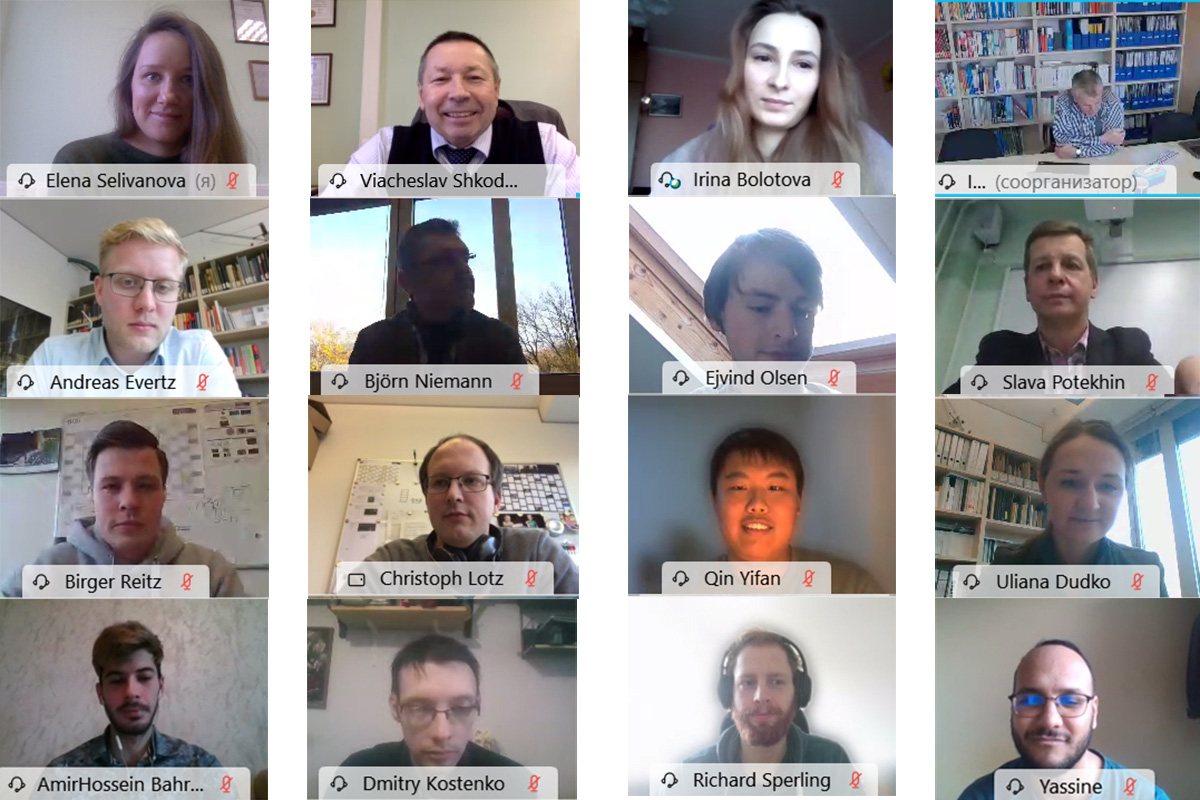 The Automated Systems and Technologies Symposium is held annually as part of the development of strategic cooperation between Peter the Great St. Petersburg Polytechnic University and Leibniz University of Hanover. This year, due to the coronavirus pandemic, the symposium was held online. More than 20 scientists from SPbPU and LUH took part in it. This year, the topics of the participants’ reports were devoted to automation.

For example, a postgraduate student from LUH Lukas JUTTE proposed a solution to the problem of limiting the visibility of the working area of ​​forklifts. “In 2018, more than 36 thousand accidents occurred with industrial forklifts, 5 of which were fatal. Limited visibility was a key reason for all cases. This is a very serious problem, because of which not only the drivers themselves, but also other employees and even bystanders can suffer,” emphasized Lucas JUTTE. One of the solutions proposed by the scientist was the use of augmented reality technologies in the work of loaders: “Camera systems are strategically distributed on the vehicle and augmented reality glasses. From the single images, a restriction-free view should be calculated. Based on the viewing direction the restriction-free section of the reconstructed environment is overlaid with the actual view. Thus, the risk of blind spots is practically minimized.”

Another symposium participant, student of the international master's program "Intelligent Systems" Amir BAHRAMI, presented a project dedicated to the production of intelligent execution systems that can improve the automation industry by combining regular automation with machine learning. “We are exploring the possibility of controlling entire elements in the production process not directly, but from a distance. For example, being in my office, I will be able to manage several laboratories. Also, my project will help collect data from the production line and then predict what problem will arise in the future, and report it. The results of my project can be used in many industries, since its goal is to help maintain the processes of any company,” Amir emphasized.

All reports of the symposium participants were accompanied by detailed presentations and revealed the possibilities of applying scientific research achievements in real life. As a result of the event, young scientists received valuable recommendations from professors, exchanged ideas and proposals for the development of their projects.