European Consortium for Mathematics in Industry (ECMI) has been running annual Modelling Weeks for students since 1988. Students come from all over Europe to spend a week working in small multinational groups on problems which are based on real life problems. Each group is led by an ECMI instructor who introduces the problem — usually formulated in non-mathematical terms — on the first day and then helps to guide the students to a solution during the week. The students present their results to the other groups on the last day and then write up their work as a report.

As a rule, about several dozens of students and ten instructors get together within the frameworks of a single Modelling Week. Modelling Week aims at training students in Mathematical Modelling and stimulating their collaboration and communication skills, in a multinational environment. 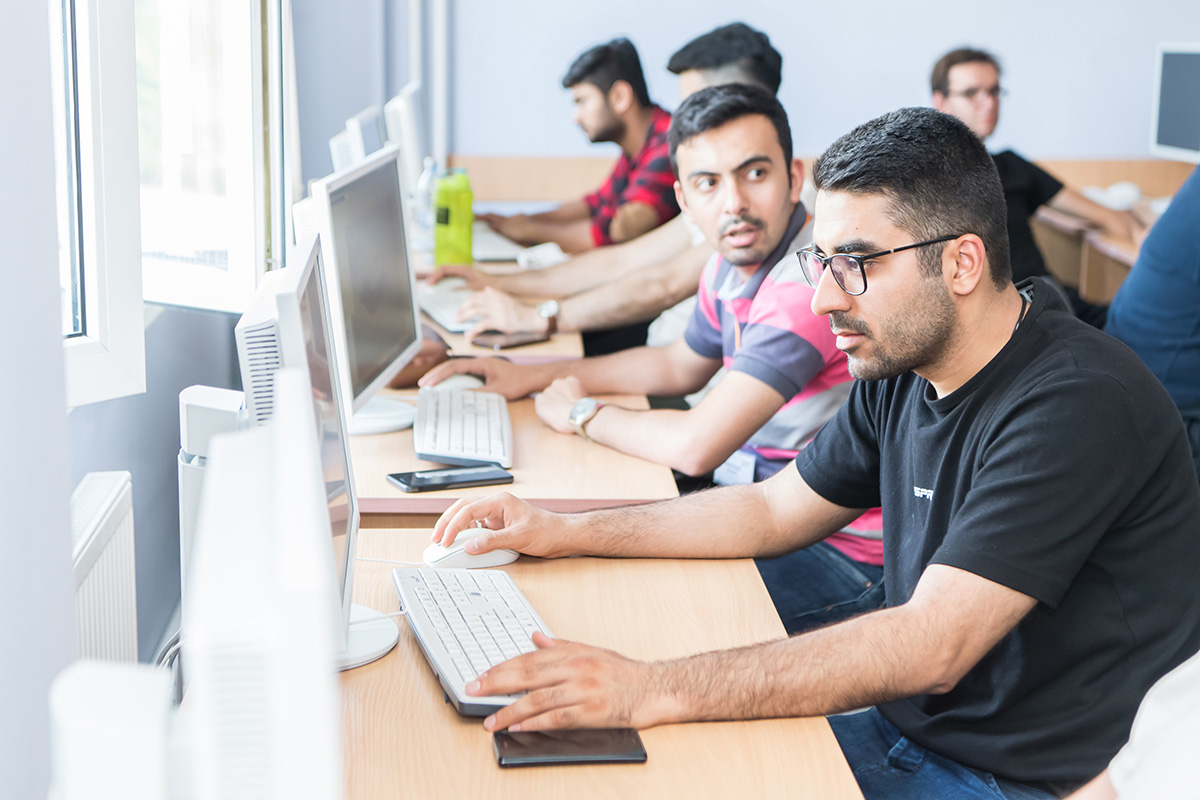 This year for the first time the ECMI Modelling Week was supposed to be hosted in Russia in the premises of Peter the Great St. Petersburg Polytechnic University. Unfortunately, the coronavirus has disrupted the plans and the 35th Modelling Week has been postponed until the year 2021. However, thanks to modern technologies and online learning opportunities in July SPbPU will host The First ECMI Virtual Modelling Week. It will become the first cluster of the International Polytechnic Summer School that will be as well held online this year.

As it was scheduled, the event will take place on July 05-12, 2020. We will try to keep as close to traditional ECMI Modelling Week as possible – problem presentations of the tasks will be made by instructors, students will be divided in groups and from Monday till Friday the group work will be carried out in MS Teams. All participants having made a final presentation and finished the written report will get 3 ECTS credits. Registration for First Virtual Modelling Week will be open until June, 15, please register here.

As part of the Virtual Modeling Week, students will solve applied problems related to the industry. Here are some examples of the tasks:

The loosening of bolts is very dangerous phenomenon in aircraft assembly. We propose to study it by using the special assembly demonstrator developed on the base of specialized software complex for simulation of aircraft assembly process. The assembled aircraft parts are fastened by bolts installed one-by-one. After the new bolt is installed, previously installed ones may be loosened. The compressing load is controlled in each bolt. The loosened bolts can be adjusted up to the desired load value. Due to the presence of loosening effect, the quality of contact (gap between parts) depends on the bolt installation order. The goal is to design and implement an algorithm for minimization of the assembly operations number (bolt installation and adjustment). The study is carried out using special software that provides for simulating the process of installing bolts, their weakening and tightening, in order to obtain a stress-strain state of the system when changing its configuration.

Energy consumption of households is not evenly distributed. To satisfy peak demand, additional CO2 intensive generators are turned on when demand peaks. To avoid peak demand from dwellings the hybrid storage system is proposed, consisting of batteries, storage heaters and a water cylinder. This system is planned to be tested in 100 houses distributed in 6 pilot sites in Great Britain, Ireland and France, which are currently undergoing construction or refurbishment. The aim is to construct based and emulate the performance of the algorithm for two consecutive days on the real datasets and employing the given mathematical methods to estimate the reduction of CO2.

Capillary rise is a fundamental physical phenomenon that assists the water transport process in trees. In the industry the phenomenon can also be seen, e.g. oil recovery process, dyeing of textile fabrics and inkjet printing. Due to its interesting features as well as the potential applications in industry, the mathematical models describing flow in the narrow tube are still gaining importance.

Investigation of water absorption in wood is not a trivial task due to the complex internal structure of trees. Nevertheless, a detailed analysis of a capillary rise phenomenon in conducting cells contained in a tree the trunk may provide the interesting results for various industries as well as extend our knowledge about process of water transportation in trees. The aim of this project is to deliver a mathematical model of the capillary moisture absorption in wood and to perform the analysis of the distribution of water content in the trunk.