Peter the Great St. Petersburg Polytechnic University is implementing a series of joint projects with universities in the Republic of Belarus. A new level of cooperation was achieved during the visit of SPbPU representatives to Minsk and Grodno. The official delegation was headed by Vice Rector for International Affairs Dmitry Arseniev and Vice Rector for Scientific and Organizational Activities Yuri Klochkov; it also included heads and employees of SPbPU institutes and representatives of the International Office.

The key events for the SPbPU delegation in Belarus were the Fourth Forum of the Association of Russian and Belarusian Universities, 9th Forum of Belarusian and Russian Regions, visits to the leading Belarusian universities and the National Academy of Sciences of Belarus (NAS). 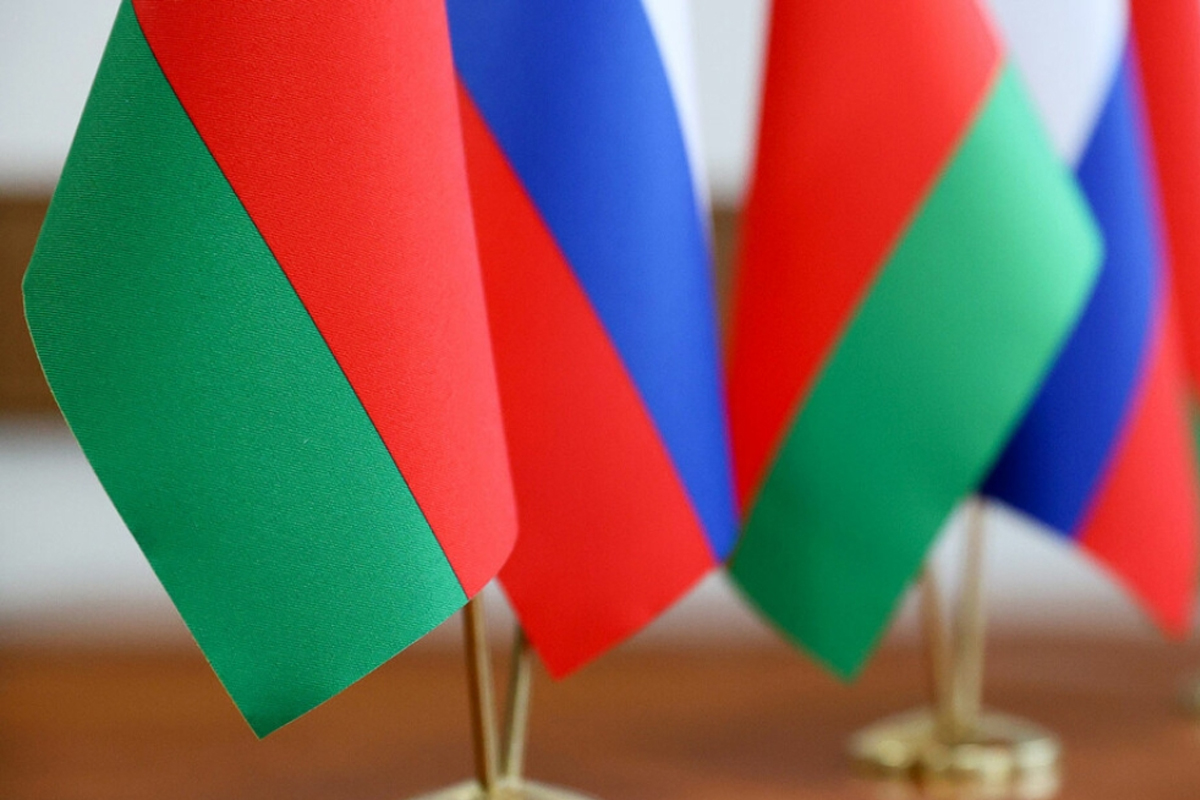 The Fourth Forum of the Association of Russian and Belarusian Universities was held in the city of Grodno at Yanka Kupala State University of Grodno. About 100 leading universities from the two countries participated in the Forum. The work of the Forum was devoted to the issues of academic cooperation as the basis of sustainable development of the social sphere, implementation of joint scientific and technical projects to ensure import substitution and strengthen technological security, as well as the vectors of development of scientific and educational relations between Russia and Belarus.

As emphasized the President of the Russian Rectors Union, Rector of Lomonosov Moscow State University Viktor Sadovnichy, the fourth forum of the Association of Russian and Belarusian Universities is another evidence of strengthening the system dialogue between the leaders of science and education of the two brotherly countries, our contribution to the creation of a common humanitarian space from Brest to Vladivostok. Rector of Moscow State University sees the integration of the scientific potential of Russian and Belarusian universities as very important in ensuring the innovative development of the economy and social sphere of the Union State.

As a foremost technical university in Russia, we are in close partnership with all key players of the Republic of Belarus and take part in central events. We actively develop cooperation with the National Academy of Sciences of Belarus and with a number of supporting universities of the republic — the Belarusian National Technical University, the Belarusian State Economic University; a whole range of joint activities we implemented with the Belarusian-Russian University within the state assignment of the Ministry of Science and Education of the Russian Federation. Neither the restrictive measures of the coronavirus pandemic, nor any other events have become and will never become an obstacle for us to develop a comprehensive partnership and strengthen close friendly relations, which, I am sure, will only unite our peoples stronger over the years, said Rector of SPbPU, Academician of the RAS Andrey Rudskoi. 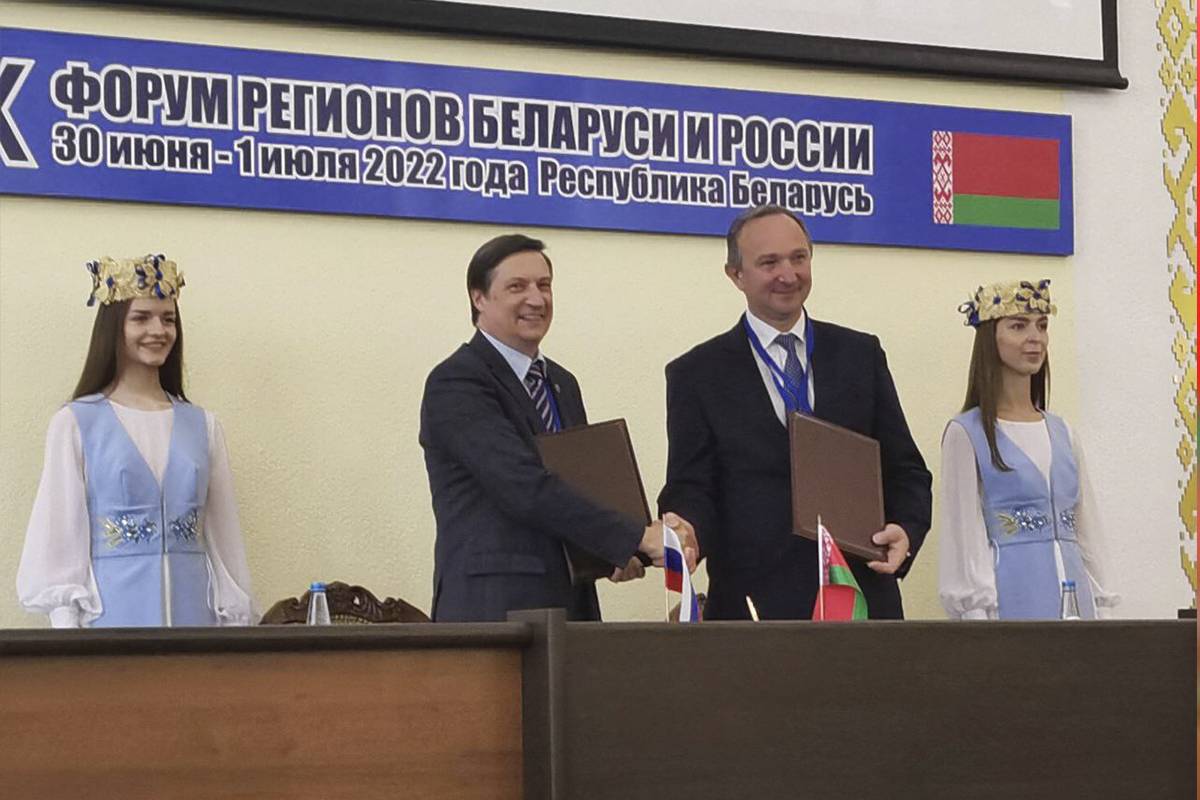 Polytechnic University was represented at two session meetings of the Forum. Vice Rector for International Affairs Dmitry Arseniev and Deputy Head of the International Relations Office Nikita Golovin took part in the sessions «Implementation of joint scientific and technical projects and programs to ensure import substitution and strengthen technological security» and «Academic cooperation as a basis for sustainable development of the social sphere». Together with participants from other leading universities of Russia and Belarus representatives of SPbPU discussed the development of cooperation in higher education and project work between the two countries.

Holding the Forum is an extremely important event nowadays. We managed to determine with all our Belarusian partners further steps for the implementation of joint projects in education and science. I would especially like to note the great openness of all Forum participants and their deep involvement in the formation of a joint scientific and educational agenda, commented the Vice Rector for International Affairs Dmitry Arseniev. 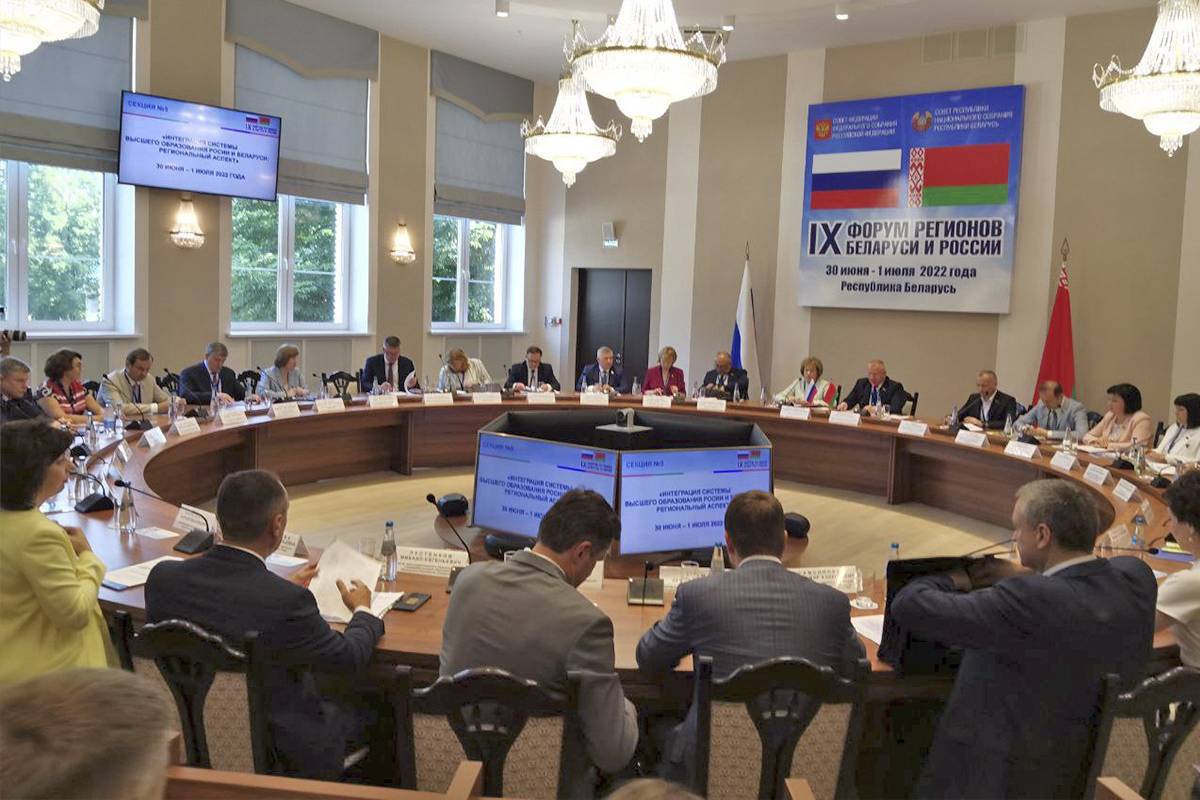 The fourth Forum of the Association of Russian and Belarusian Universities was held as part of another large-scale event: the 9th Forum of Regions of Belarus and Russia. This year its key topic was the role of interregional cooperation in deepening the integration processes of the Union State. The business platform of the event was divided into six thematic sections, a number of which was attended by the Polytechnic. The Vice Rector for International Affairs Dmitry Arseniev and the Deputy Head of the International Relations Office Nikita Golovin represented the Polytechnic University at the section «Higher Education System Integration in Russia and Belarus: Regional Aspect». During the work of the section a series of agreements with Belarusian universities were signed: Agreement on cooperation with Yanka Kupala State University of Grodno, Agreement on cooperation with Belarusian National Technical University, as well as the Agreement on the network form of educational programs and the Roadmap for cooperation with the Belarusian-Russian University.

Within the framework of the agreement with Yanka Kupala State University of Grodno the parties plan to develop joint educational programs, conduct joint research in areas of mutual interest, develop publication activity of scientists and professors and academic exchange programs between students and professors as well as hold joint conferences and symposiums. The agreement with BRU provides for the development and implementation of network educational programs in the fields of «Foreign regional studies» and «Land transport and technological complexes» as well as organization of internships for BRU students at Polytechnic University and students of Polytechnic University at BRU within their frameworks. In addition, advanced training programs will be organized on the subjects of «Intelligent Transport Systems», «Modern Industrial Electronics», «Digital Production: Control Systems and Technologies», etc. Development and implementation of a joint postgraduate program in the «Management in technical systems» is planned, as well as other areas of joint activities. 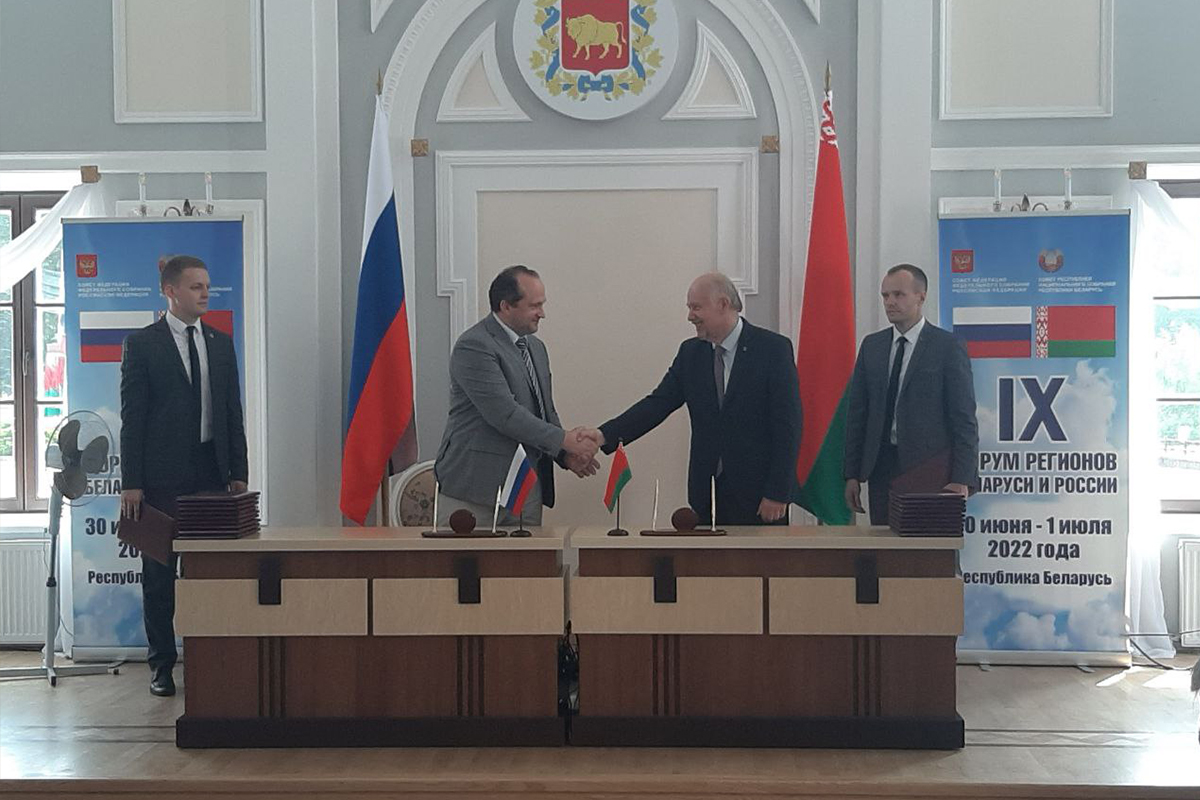 Within the section «Common Scientific and Technological Space of Russia and Belarus as a Factor of Global Competitiveness and Security of the Union State», Polytechnic university and the National Academy of Sciences of Belarus signed the Roadmap for Cooperation Development.

In addition to active work at the two major international forums of the republic, representatives of SPbPU conducted extensive work to strengthen and develop cooperation with the National Academy of Sciences of Belarus and a number of leading Belarusian universities. Read more about it in the following news.