On May 19, Polytechnic University participated in the conference «Two Centuries of Friendship — Two Decades of Strategic Partnership» as part of the annual celebration of Ho Chi Minh City Days in St. Petersburg. This year, because of the coronavirus pandemic, the gala event was held in a mixed format.

St. Petersburg Governor Alexander BEGLOV greeted the conference participants. The cooperation between Russia and Vietnam is based on mutual trust and deep respect. The twin cities of St. Petersburg and Ho Chi Minh City make a significant contribution to strengthening relations between our countries. We treasure our friendship, said the head of the city. 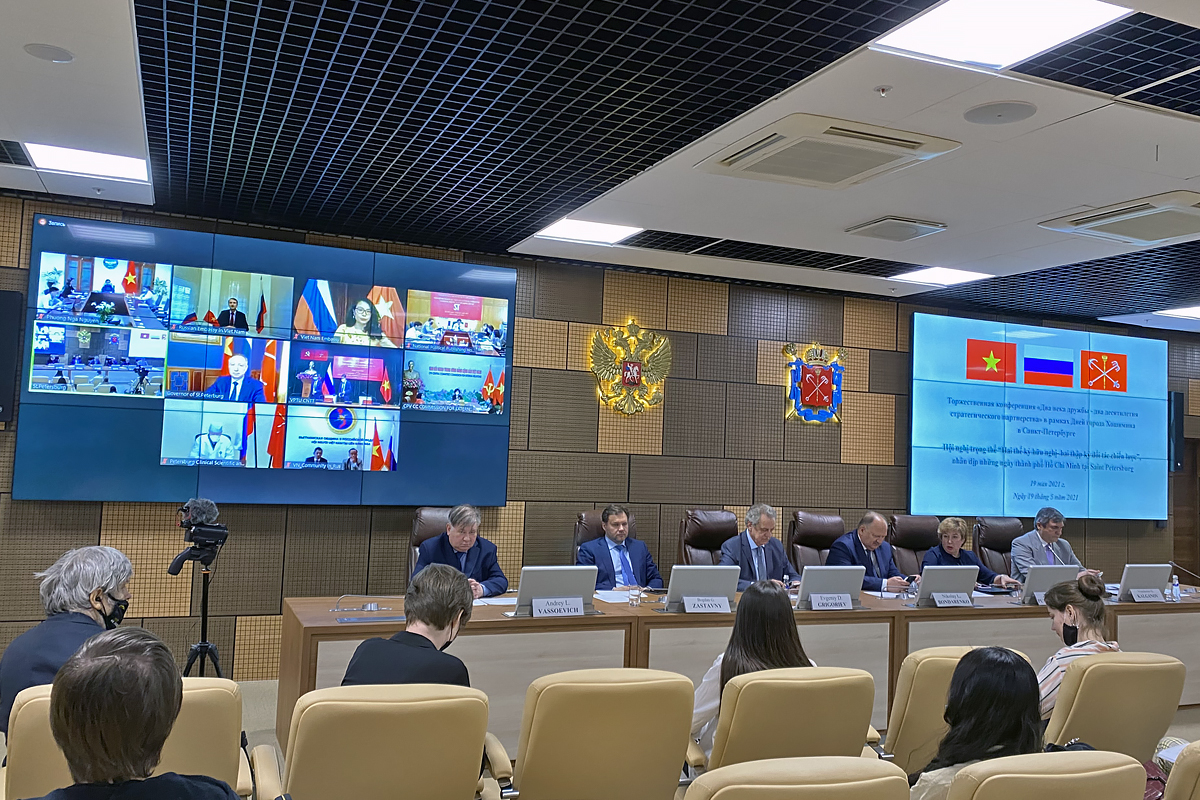 Peter the Great St. Petersburg Polytechnic University and universities of Vietnam have established strong scientific and educational ties. Among the Vietnamese partners of SPbPU are Binh Duong University, Le Quy Don State Technical University, Hanoi and Ho Chi Minh Polytechnic Universities, Hanoi Institute of Telecommunication Technologies, Hanoi University of Science and Technology, Ho Chi Minh City Industrial University, National University of Civil Engineering, Institute of Electronics, Informatics and Automation (VIELINA) and others. Lectures and masterclasses are regularly given by SPbPU professors to Vietnamese universities and students from Vietnam come to Polytechnic. Today there are 75 Vietnamese students enrolled in various degree programs at SPbPU, many of whom demonstrate outstanding academic performance. For example, in February 2021, a graduate of the Institute of Energy NGO Tan Phu received the gold medal of the best graduate, and the year before the honorary award was given to an SPbPU graduate from Vietnam Nguyen Tien Hoang. Whole groups of Vietnamese students receive diplomas with honors: for example, students in the «Nuclear Power Plant Design and Operation» program at the Institute of Energy, which operates under the auspices of Rosatom, graduated with eleven degrees with honors.

The partnership of SPbPU with universities in Vietnam in the field of science, technology, and culture is actively developing. In 2018, a joint with Binh Duong University was inaugurated Laboratory of Microprocessor Devices was inaugurated; work is underway to launch a joint laboratory for intelligent systems, and communication between представителями научных групп, and a number of Vietnamese universities hold Russian Language Days, which are taught by Russianists from Polytechnic University.

We are very pleased to contribute to the development of Russian-Vietnamese relations in education, science, technology, and culture. We wish our countries fruitful and long-term cooperation, said Victor MALYUGIN, project manager for Southeast Asia.