News from the SPbPU Office in Shanghai: Polytechnic University Organized a Russian Week in Harbin

Last September, the Russian Week in Shanghai organized by SPbPU with support of the RF Consulate General in Shanghai caused a great interest of Chinese high school and university students, teachers, and those who study Russian on their own. For this reason, in March 2018, another Russian Week took place in China. This time, the city of the event was Harbin. There, with support of the RF Consulate General in Shanghai and the RF Consulate General in Shenyang, and sponsorship of the SPbPU Representational Office in Shanghai, Chinese students and instructors from 12 universities of Harbin, along with students and teachers from nearby cities had been learning Russian for a whole week under the aegis of the Heilongjiang University. I. I. BARANOVA, Director of the Center for Russian as a Foreign Language, Higher School of International Educational Programs (HSIEP), SPbPU, and M.V. VINOGRADOVA, Associate Professor, HSIEP, have performed an impressive job, teaching and instructing more than 250 participants of the event, who had not only improved their language skills but also could significantly enhance their knowledge of Russia, its natural resources, and cultural traditions. The classes, taught in an interactive format, were dedicated to various topics. Thus, at the “Welcome to Russia” lesson the students learned about Russian cities, Russian folk crafts, songs and dances. At the “Russian Cuisine” lesson, not only they could gain knowledge about the history of Russian culinary and tea drinking traditions but also take part in making Russian pancakes. A trivia game “What do I know about Russia?” held on the final day of the Week helped the participants to solidify the knowledge gained in the course of studies. 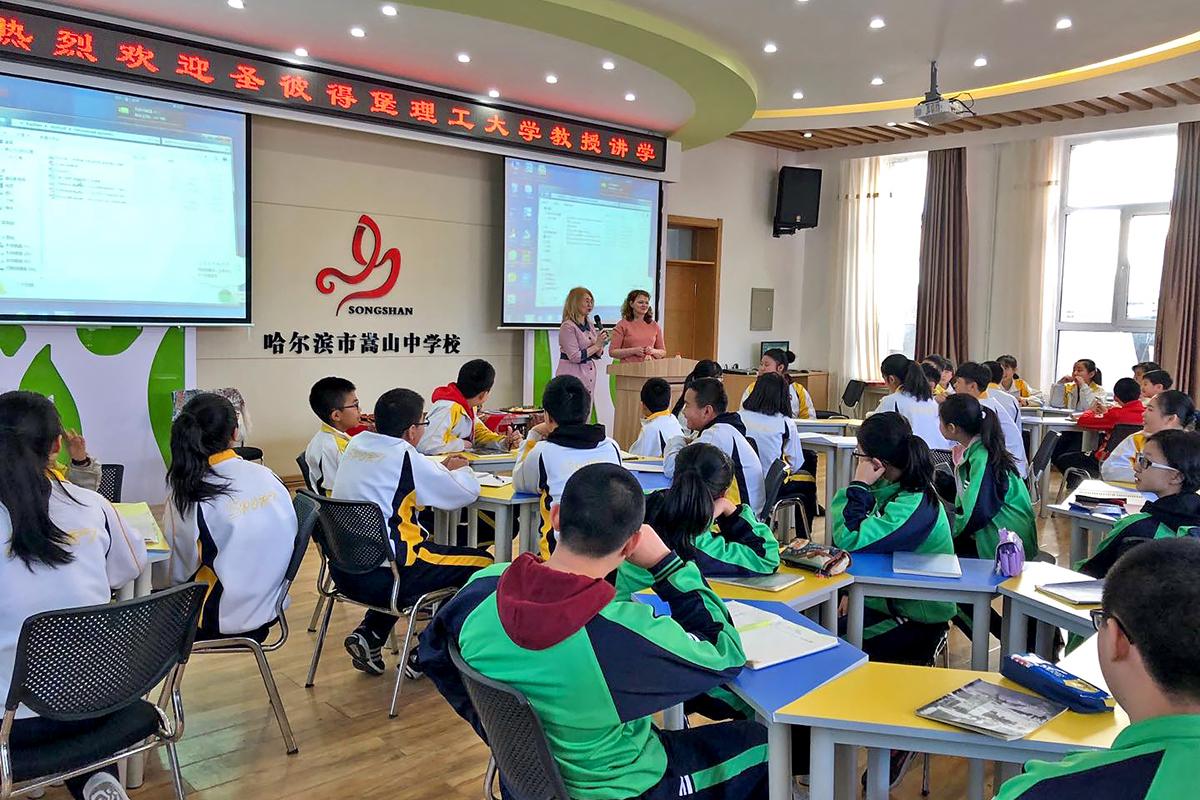 “It is a pleasure to see such deep interest of Chinese students and instructors in studying the Russian language. We are glad that the Russian Week is already traditionally bringing together a big number of participants who attend the courses with great enthusiasm and learn the specifics of the Russian language, culture, and traditions,” I. I. BARANOVA pointed out.

Within the frame of the Week, a training testing in Russian as a foreign language for the First Certificate Level took place. Based on the results of the testing, the winners of the Russian Week in Harbin were named: these were students of the Heilongjiang University He Jiuyi and Qiu Sichen and student from the Manchu Institute of the University of Inner Mongolia Ma Yahuy. They all will now have the opportunity to go for a week-long internship program in Russian at SPbPU. 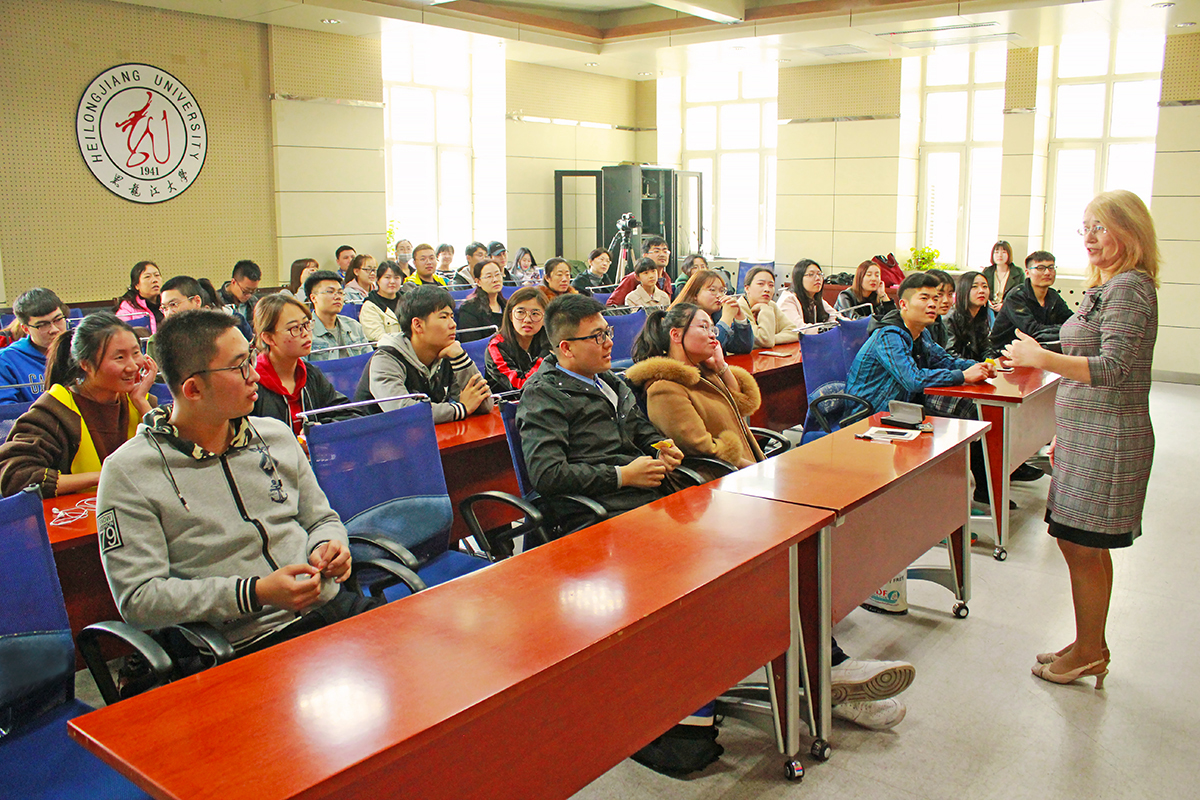 “I have been studying Russian for two and a half years. My Russian name is Maxim. I was immensely fond of the Russian week organized by Polytechnic University in Harbin. It was great to hear Russian songs, learn about the rules of speaking etiquette, and meet the representatives of your university. I am graduating from my university this year, and I have already made up my mind to study for the Master’s degree program in Russia. My goal is to enroll in Polytechnic University,” one of the winners of the testing, He Jiuyi, shared his impressions.

Several events were focused on the Chinese teachers of Russian: a special professional development program was organized for them. It included lectures on the techniques of teaching Russian as a foreign language and practical seminars dedicated to the tricky topics of the Russian grammar. 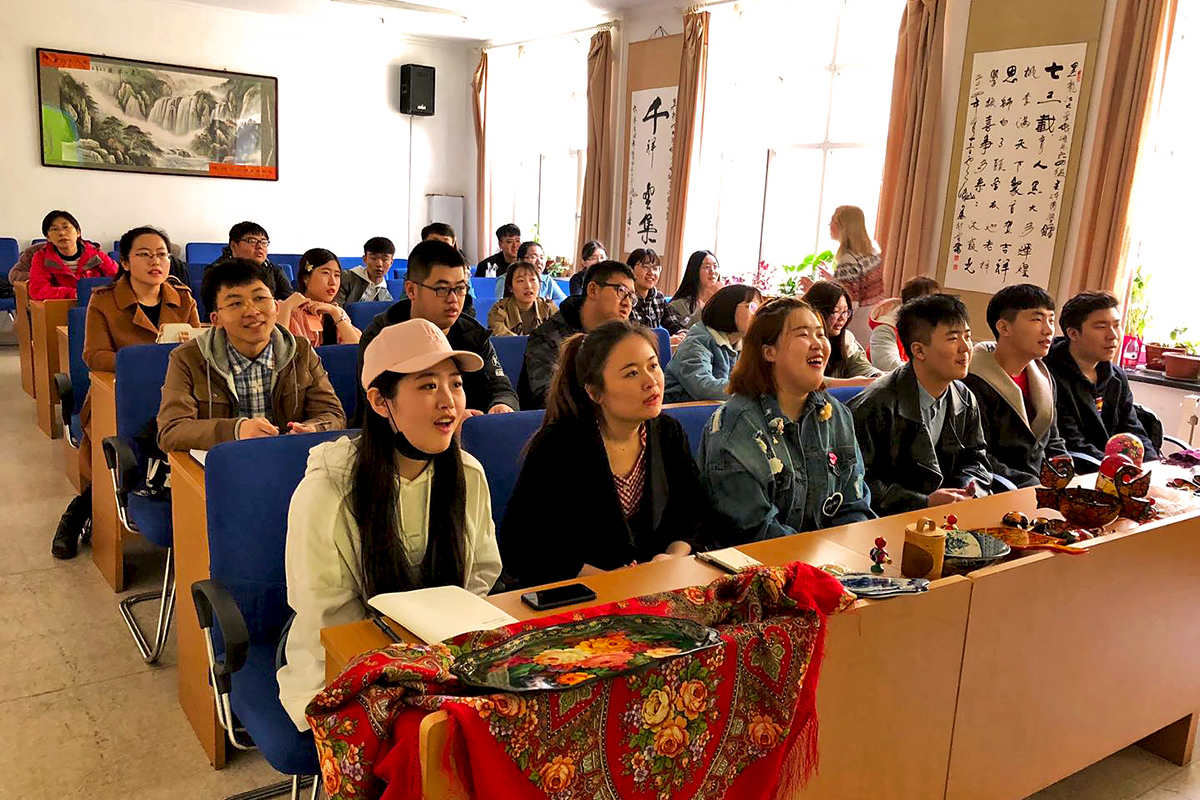 From year to year, the number of Chinese citizens learning the Russian language and culture keeps growing. The staff of the SPbPU Representational Office in Shanghai is planning to hold a Russian Week in the south of China and thus give opportunities to new groups of high school and university students and teachers to know more about special features of the Russian language and culture, and take a closer look at Peter the Great St. Petersburg Polytechnic University.