St. Petersburg Peter the Great Polytechnic University and its strategic partner - Technical University Berlin - have won the Russian-German competition “Russia and Germany: scientific and educational bridges.” The joint application, which the international offices of the two universities had submitted, was recognized the best in the “Interuniversity Partnerships” category.

The live broadcast was carried out at two sites: in Moscow and in Berlin. The winners were announced live by the RF President Special Representative for International Cultural Cooperation Mikhail SHVYDKOY and Chargé d’affaires of the German Embassy in Russia Beate GZHESKI. In the studio in Berlin, the participants of the competition were congratulated by the Head of the Department of Culture and Communication at the Ministry of Foreign Affairs of Germany Andreas GÖRGEN and the Ambassador Extraordinary and Plenipotentiary of the Russian Federation to the Federal Republic of Germany Sergey NECHAEV. 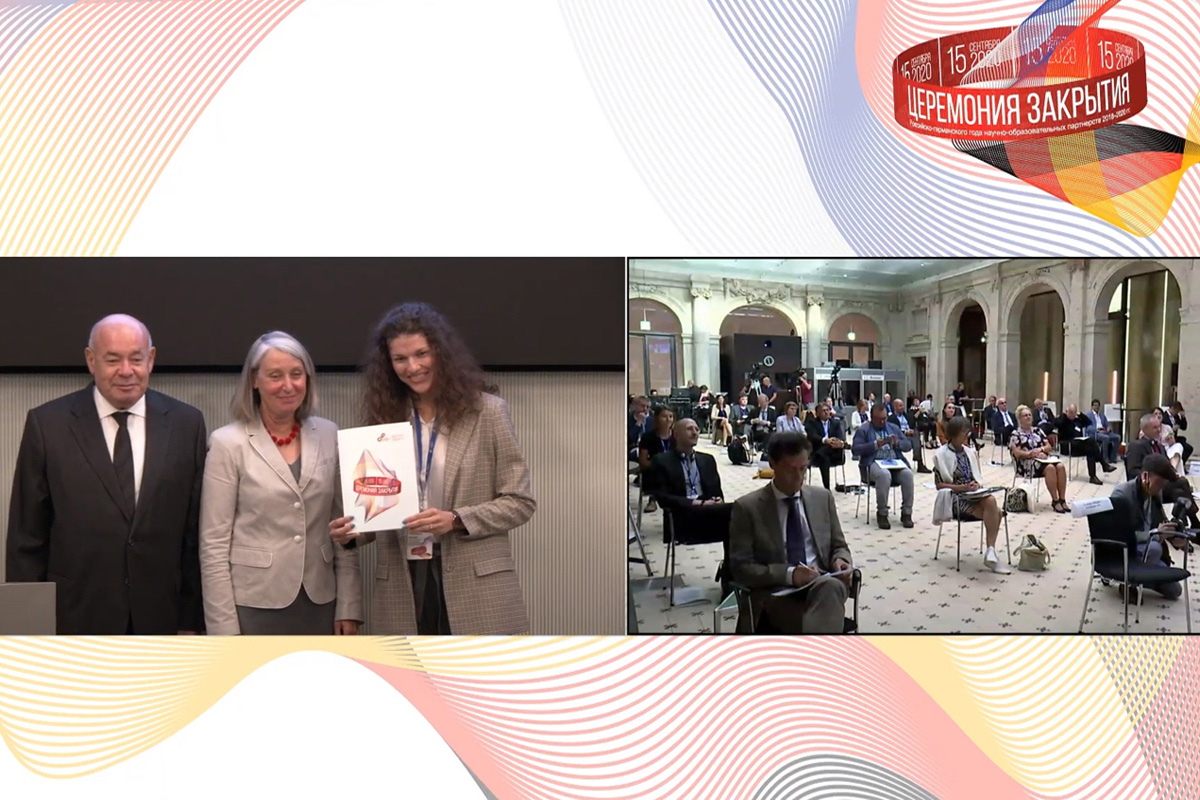 The open Russian-German competition “Russia and Germany: Scientific and Educational Bridges” was held in the framework of the Russian-German Year of Scientific and Educational Partnerships 2018-2020 and became its final event. The contest was organized by the Ministry of Foreign Affairs of the Russian Federation and the Federal Ministry of Foreign Affairs of the Federal Republic of Germany. Besides, the contest was supported by the Ministry of Education and Science of Russia, as well as by the coordinators of the Year, i.e., National Research Technological University “MISIS” (NITU "MISIS"), the German Academic Exchange Service (DAAD) and the German House of Science and Innovation (DWIH) in Moscow.

Altogether, more than 120 joint applications were submitted for the international contest “Russia and Germany: scientific and educational bridges.” According to the results of the Russian-German expert examination and the meeting of the contest committee, 25 winners were selected, whose projects most fully demonstrated the close and fruitful cooperation between Russian and German teams and reflected the intensive dialogue between the scientific and educational communities of Russia and Germany.

Polytechnic University and TU Berlin presented the project “Sustainable Development as a Foundation for Strategic Partnership”. The universities covered the key milestones of cooperation development, outlined the goals of the strategic partnership, and demonstrated the results of complex interaction in various scientific areas. In particular, the universities implement joint educational programs and academic mobility programs for students and teachers; conduct joint scientific work on theoretical mechanics, computer and information technologies, business and economics; hold events and cooperate in the framework of major international associations, such as World Class Universities Network (WC2), Top Industrial Managers for Europe (T.I.M.E.), etc. 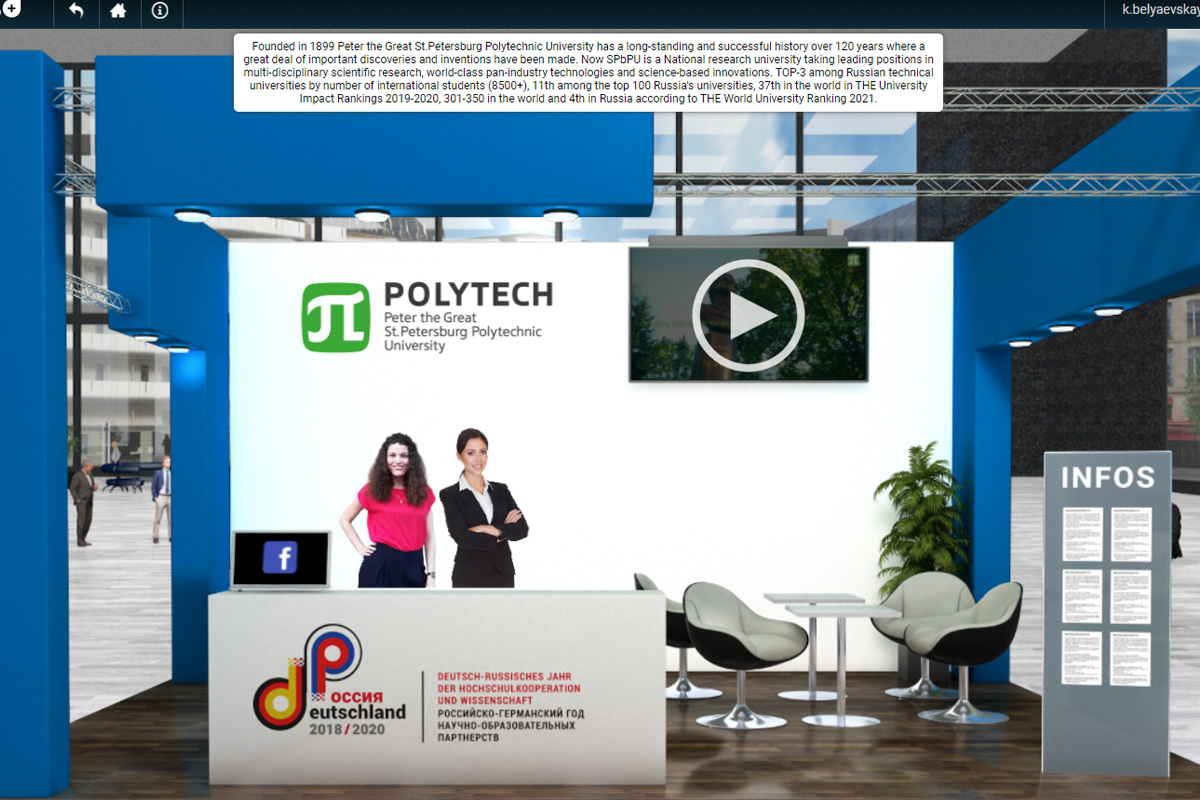 “I sincerely congratulate the strategic partner of Polytechnic University - Technical University Berlin - on their joint victory in this large-scale international competition. The fact that our case “Sustainable Development as a Basis for Strategic Partnership” was recognized as the best is yet another proof of how productive, beneficial, and successful the cooperation between our universities is. Peter the Great St. Petersburg Polytechnic University has always paid special attention to openness and exchange of best educational practices, network partnership, communication of leading scientists and experts from various countries. And we are very glad that views and initiatives of Polytechnic University are actively supported by the Technical University of Berlin, and leading international experts have appreciated our common aspirations. From the bottom of my heart I wish our universities new joint achievements and many years of strong friendship,” said Rector of St. Petersburg Polytechnic University, Academician of the Russian Academy of Sciences Andrei RUDSKOI.

“Peter the Great St. Petersburg Polytechnic University is one of the main partner universities of the Technical University of Berlin. As a national research university that integrates its scientific and research activities into the educational process, not only it plays an important role in the educational and scientific development of the country but is also a precious partner for TU Berlin. Our cooperation is established in many areas: joint educational programs, various contacts between scientists, intensive academic exchange. Our international services work closely together. Success in the “Russia-Germany: Scientific and Educational Bridges” competition is another expression of our positive relationship, of which I am very proud. I am sure that our cooperation in the future will develop in the same positive way,” President of TU Berlin, Professor Christian THOMSEN, told his Russian colleague.

The official part of the event was continued by the conference “Russian-German dialogue in education and science: creating the future together,” in which a virtual exhibition took place with the participation of representatives of SPbPU. Other Russian and German leading universities, scientific organizations and foundations also joined the exhibition. The communication with the visitors was going on in real time in the format of online chat.