Delegation of the European consortium Eurofusion visited SPbPU. The consortium is involved in controlled thermonuclear fusion and its representatives – Pamela JEROME, Head of the Department for International Cooperation in Germany and Richard KAMENDJE, Coordinator for International Cooperation in Germany – arrived at the Polytech to discuss the possibilities of cooperation in plasma physics and thermonuclear energy. The meeting was attended by professors and representatives of international services of SPbPU. The parties told about their results and achievements.

Pamela JEROME made an insight into the history of the organization, and presented the prospects for cooperation. Richard KAMENDJE spoke about the scientific needs of Eurofusion and the potential for cooperation with Russian organizations. 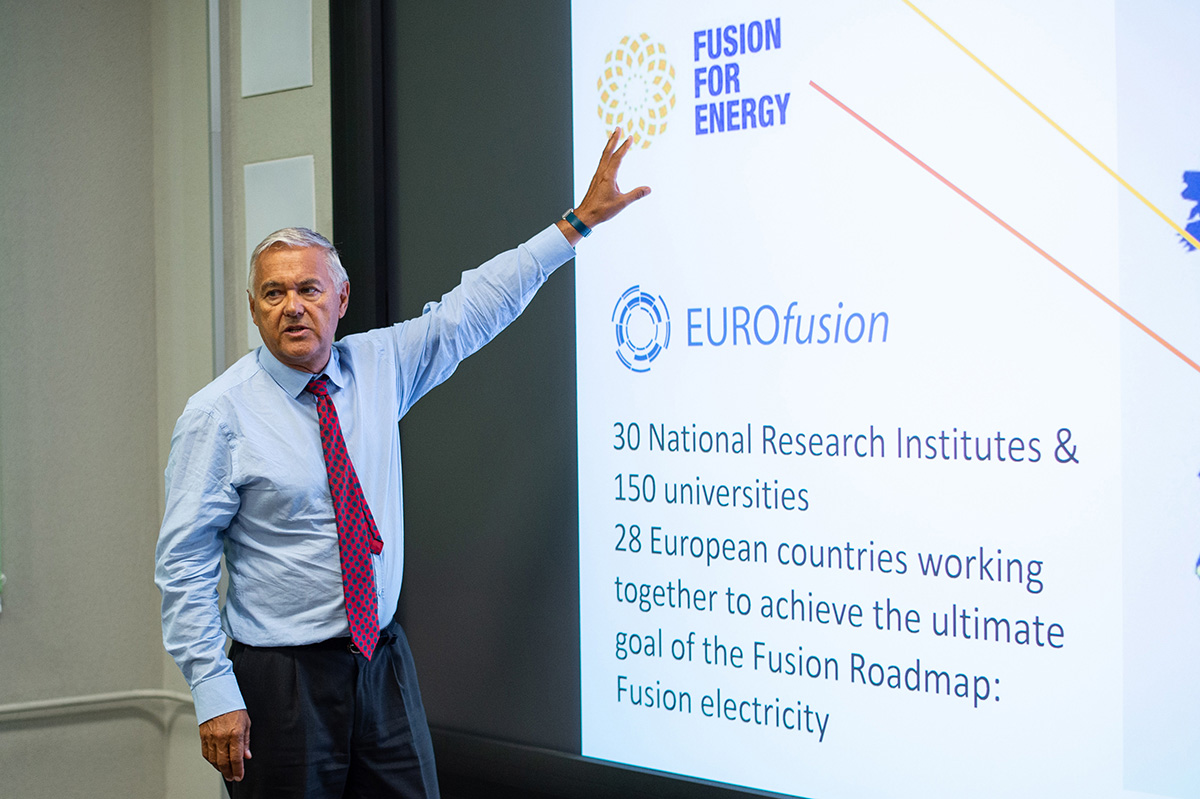 Eurofusion has significant potential for cooperation with Russia, in particular, with SPbPU. Russia, like the countries of the European Union, is a participant in the global project ITER (International Thermonuclear Experimental Reactor) - an international experimental reactor. Today, a research group has been created in the project planning and management system. This group comprises only a few experts from each ITER participating country. Russia and the Polytechnic University are represented by Professor Vladimir ROZHANSKIY. He leads a team of scientists of the Department of Plasma Physics and the Laboratory of Thermonuclear Fusion, which also contributes to the project. In particular, the team is engaged in modeling the edge plasma of the ITER tokamak reactor. At a meeting with representatives of Eurofusion, Professor ROZHANSKIY spoke about the first results, as well as about modeling the largest European tokamak JET (Joint European Torus), which is also coordinated by Eurofusion.

Tokamak is a special device for magnetic plasma confinement. With its help, scientists get the conditions necessary for the development of thermonuclear fusion. It is at the JET tokamak that a series of experiments is planned for. These experiments will help clarify some issues for ITER. 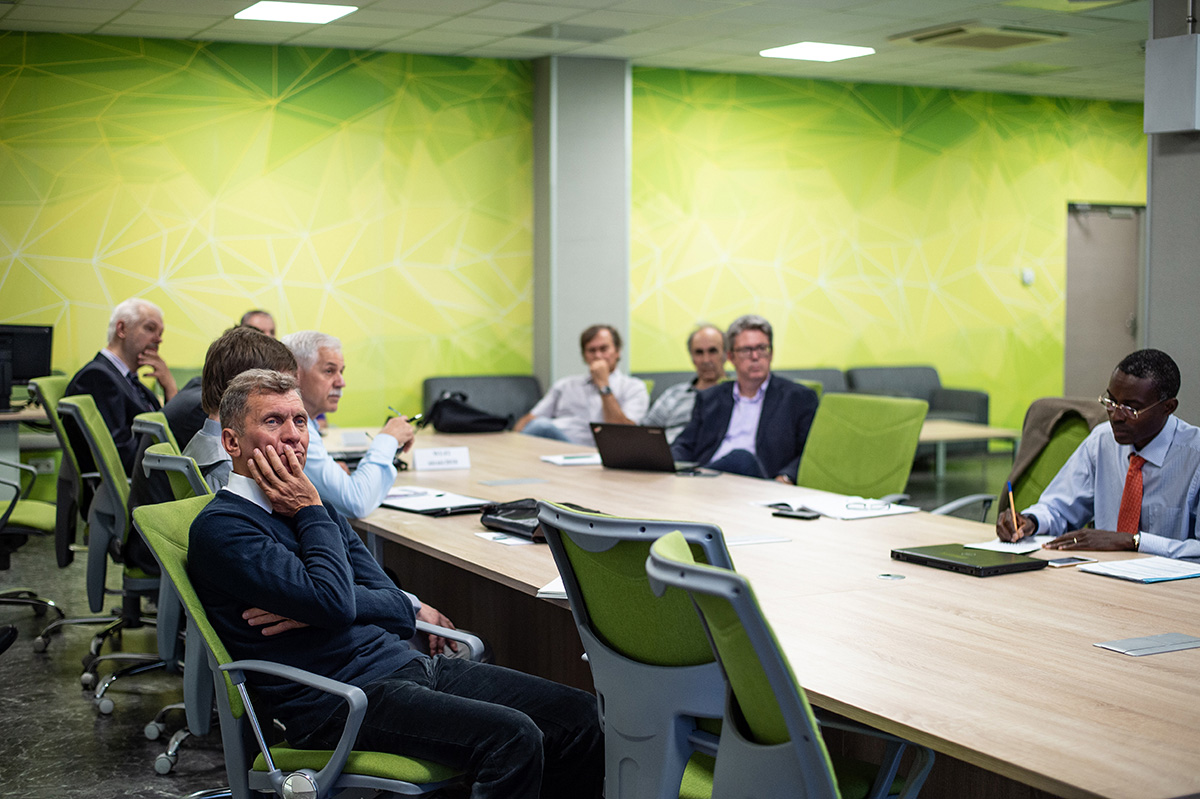 “We cooperate with Eurofusion in the field of ITER and JET issues. Last year European colleagues invited our scientists to conduct JET simulations for specific ITER experiments. This is a mutually beneficial cooperation: Eurofusion has powerful tokamaks, we have developments that are not yet presented in Europe. Together we are working to open the way to the most promising form of energy - the energy of controlled thermonuclear fusion,” commented Professor ROZHANSKY.

Other participants in the meeting also shared the results of their projects based on the materials of their published scientific papers. Associate Professor of the Department of Plasma Physics (Institute of Physics, Nanotechnology and Telecommunications) Vladimir KAPRALOV spoke about the methods of quenching the discharge in large tokamaks.

“If something goes wrong, you need to have a tool to turn off the discharge. This is done by injecting different particles, or jets, into the tokamak, and people at our department are engaged in the investigation of this phenomenon,”the scientist emphasized.

Leading researcher at the Department of Plasma Physics (Institute of Physics, Nanotechnology and Telecommunications) Pavel GONCHAROV presented a report on the spectra of ions that will be obtained as a result of thermonuclear reactions. This is necessary to develop ITER diagnostics. This project is a Russian contribution to ITER.

At the end of the negotiations the participants agreed to create a cooperation program, which will include the agreements reached during the meeting.

The Eurofusion Consortium was created in 2014. Its goal is to strengthen European cooperation in the field of fusion research. Eurofusion supports and funds research activities in this area. Today it comprises 30 research organizations and 150 universities from 28 countries.