SPbPU to open an office in Shanghai 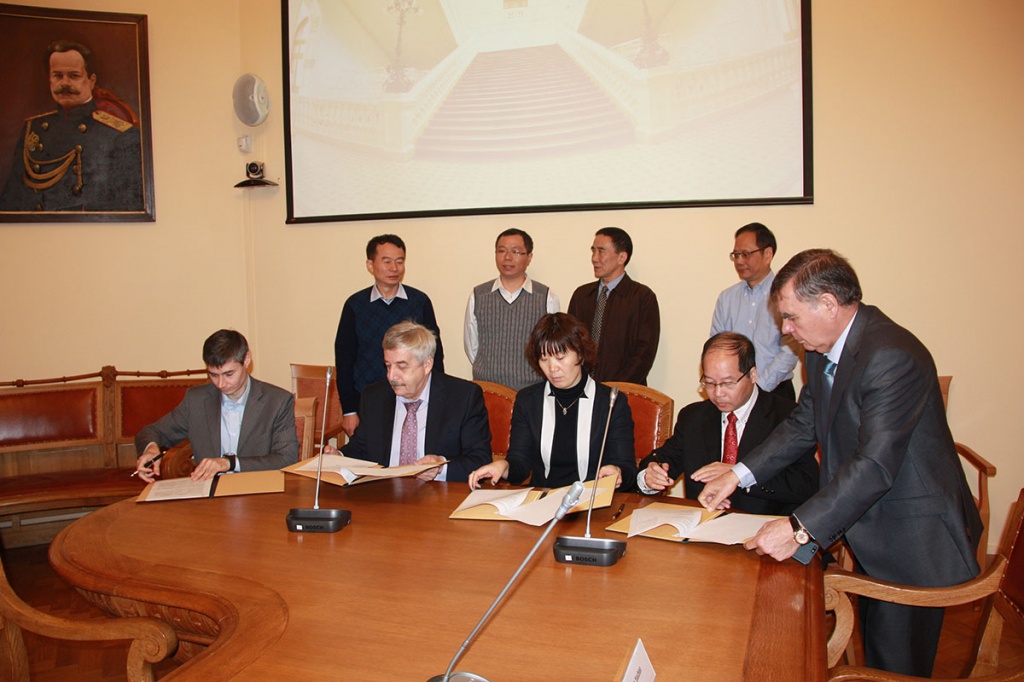 "The development of relations with the People's Republic of China is a primary objective of the Polytechnic University's international policy. Regular events involving our Chinese colleagues have long become a tradition for our university, which seeks to extend cooperation and form a strong alliance with the world's most reputable universities. The Russian-Chinese educational space has been developing rapidly over the last 15 years. Our countries' leaders concluded a number of important international agreements in the field of science and technology, education, and culture," V. V. Glukhov, Senior Vice-Rector at SPbPU, said in the opening speech.

"Strengthening the Russian-Chinese partnership in the context of globalization is strategically important for the economic stability and sustainable development of the countries on the international stage. More than 1,200 Chinese students are studying at SPbPU as of today. We are willing to invite Chinese professors and discuss different forms of cooperation," V. D. Khizhnyak, Head of International Relations Office at SPbPU, specified. He spoke to the foreign guests about the prospects of cooperation with the Polytechnic University and recounted its significant achievements that are highly appreciated by the global academic community. 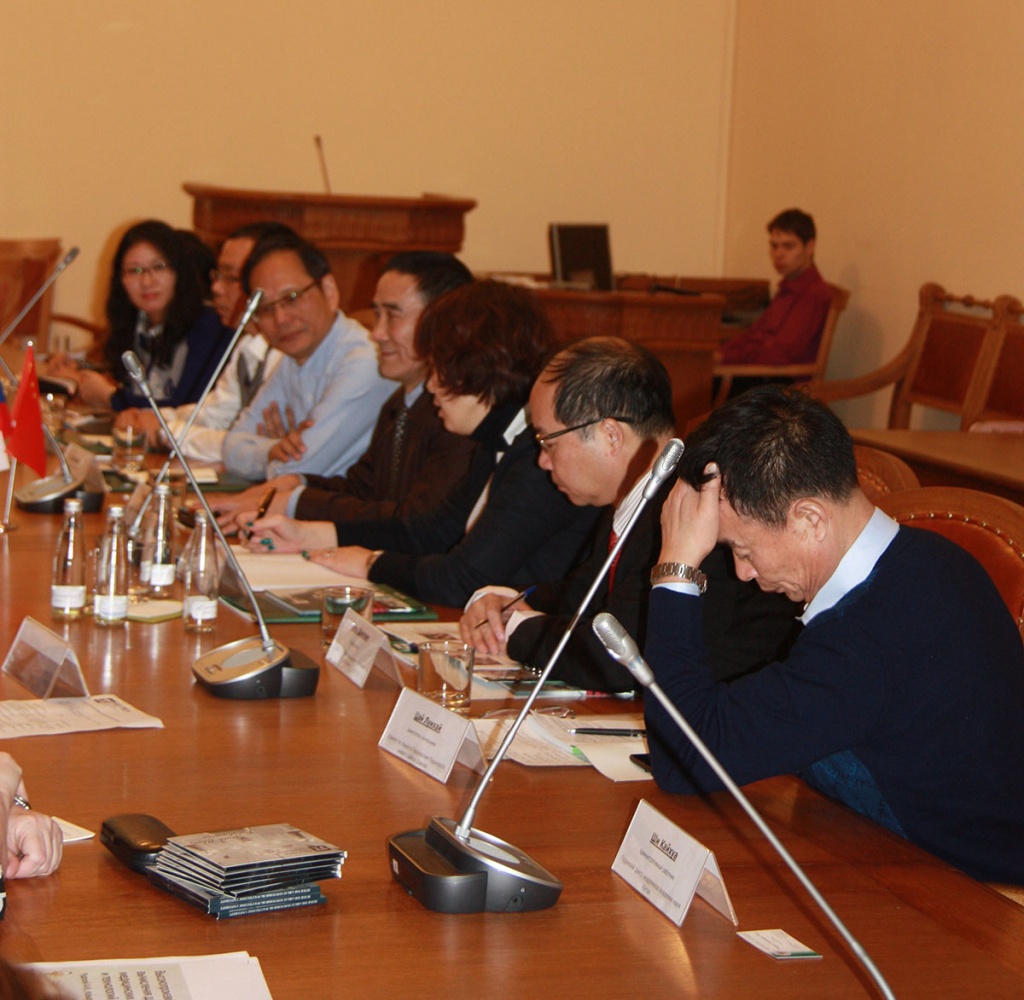 In his turn, Zhang Jian, Chairman of Pudong CPPCC (Shanghai), thanked his Russian counterparts for the meeting and emphasized the importance of developing projects that would appeal to different power structures. "The establishment of a joint research center in Shanghai is an investment in the future of science. The modern Shanghai is the embodiment of the new China. It is China's major economic center, national test site in the field of scientific and financial technologies, center for most economic and social innovations. I invite you to visit Shanghai and I am sure we share the same goals and interests," Zhan Jiang noted.

As part of the meeting, major members of SPbPU delivered presentations on laser welding, supercomputer technologies, and latest developments for medical application from the Institute of Computers Sciences and Technologies. Chinese delegates found out that the Polytechnic University collaborates with respected companies in car manufacturing, medicine, and other fields. For example, joint research with the Federal Almazov North-West Medical Research Centre served as the foundation for the establishment of the Translational Medicine cluster. Researchers at the Polytechnic University focus daily on the improvement of medical equipment that would allow more precise and effective results.

M. V. Bolsunovskaya, Ass. Prof. at the Department of Computer Systems and Program Technologies at the Institute of Computers Sciences and Technologies. Bolsunovskaya noted that the Chinese delegation took particular interest in the developments of the Laboratory of Molecular Virology and Oncology at the Center for Advanced Studies headed by A. P. Kozlov, PhD (Biology), who presented a new theory of evolution of oncology and work on AIDS vaccine. "National health is a priority for all countries. Fighting virus and infection diseases and heart diseases is particularly crucial," Chen Shaoxiong, Head of Shanghai Biomedical Industry Association, agreed. "We will be grateful for your visionary ideas and experience."

Scientists of the Polytechnic University are also planning to collaborate with research institutes of the Pudong New Area on using the facilities of the Supercomputer Center to tackle important scientific issues in mechanics, hydro- and aerodynamics, solid state physics, plasma physics, material science, electronics, computational and quantum chemistry, biophysics, and biotechnologies.

As a result of the meeting, it has been decided to open SPbPU's office in Shanghai. Signing the protocol of intent was a logical conclusion to the Chinese delegation's business visit. The main purpose of the Shanghai office will be to promote the development and extension of scientific, educational, and cultural relations between SPbPU and universities, companies, and other institutions of China. The office's main objectives include taking active part in the promotion and marketing of our university's education programs, admitting talented students to major and minor programs, arranging project internships at SPbPU for students, attracting leading academic personnel, organizing innovative scientific cooperation in the fields of power engineering, new materials, ecology, medicine, etc.