‘Gone with the Wind’, or how the Russian Polytech Student Spent a Term in the American University

Polytech is proud of its international approach to educational process. At our university campus you can see students from different countries, visiting professors who give lectures here, and almost every day there is an event which one way or another is connected with international activities. All this is feasible due to understanding of the university’s governance that science and higher education are open and international by default, and international academic mobility is crucially important for sound and competitive development. 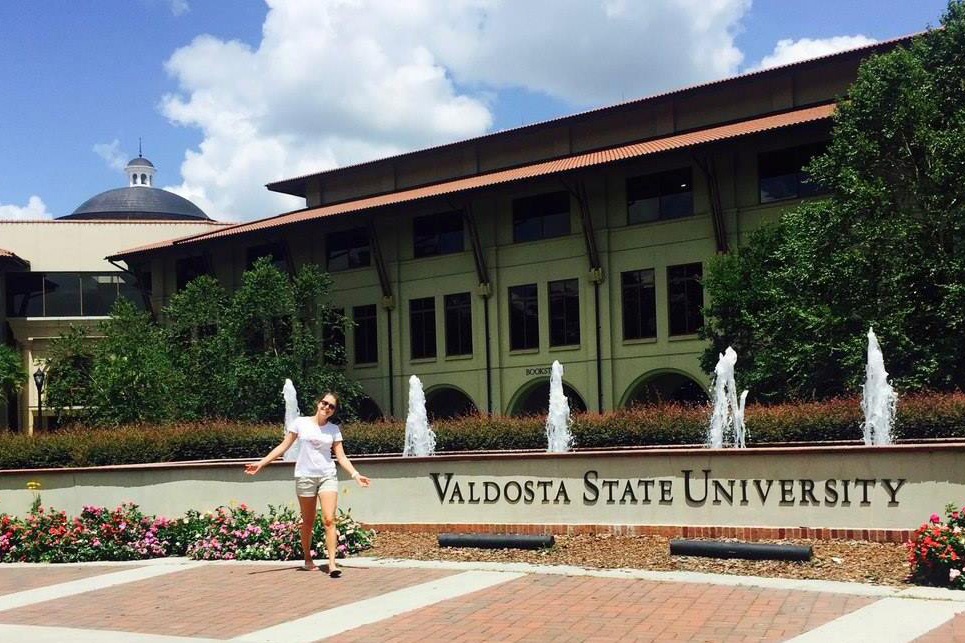 Participation in academic mobility programs (education of our students at overseas universities or involvement in short-term educational programs (seminars, winter and summer schools, internships, etc.) gives them priceless experience both in science, education and cross-cultural communication. On top of that participation assessment in such events is usually provided by study credits and confirmed by certificates. For this reason in the course of international academic program students who go to overseas universities can have their exam results without retaking them in Russia. 'Successful experience demonstrates an importance of sharing knowledge and ideas, and implementation of such international events in common', – confirms Vice-Rector for International Relations Dmitry Arseniev. 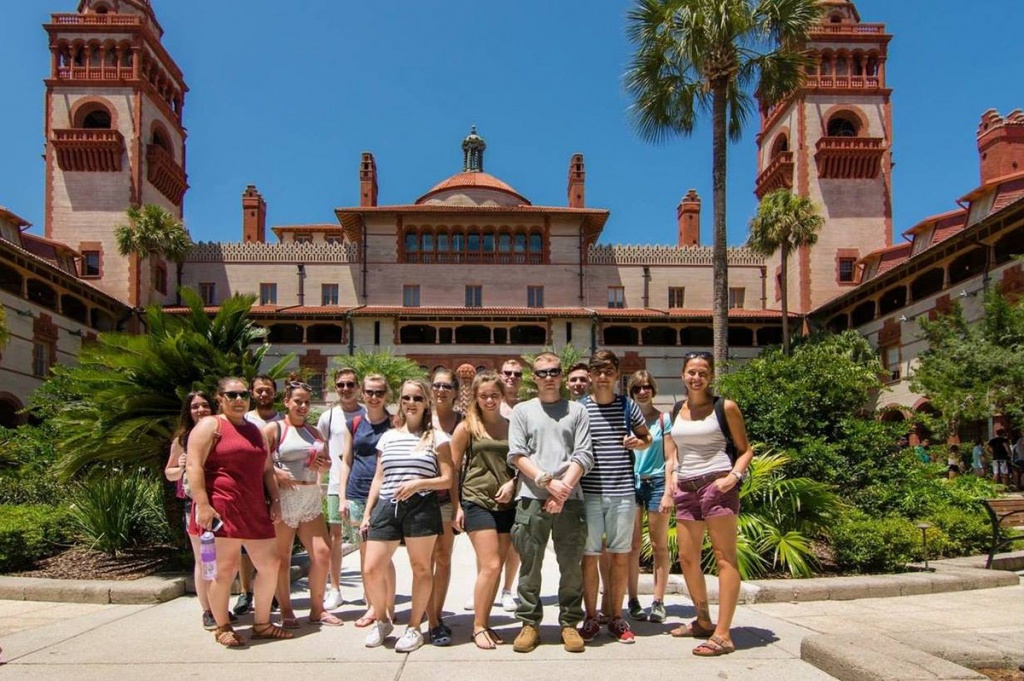 Do you know where Valdosta State University is situated? What is 'Peach State', how is it connected with Coca Cola or 'Gone with the Wind' written by Margaret Mitchell? Do you have any ideas? No? Let's start with the beginning!

Valdosta State University is situated at the heart of the city of Valdosta, which is located in South Georgia, the USA. Peach State is one of its non-official names, and this is quite reasonable because Georgia is the largest international supplier of this fruit. This is the place where an American pharmacist John Stith Pemberton invented world-famed beverage drink Coca-Cola. In Atlanta, which is the capital of Georgia, the novel 'Gone with the Wind' was written. And finally it is the place where SPbPU student Alesya Kartisheva came for studying in autumn 2016. During the whole term she lived and studied far away from her home country, ate local peaches and enjoyed the warm climate. And on her return she shared her impressions about her journey with pleasure. One may read in the interview with Alesya about how she travelled to another part of the world, studied at American university, got close to hurricane Matthew which was an extremely destructive and long-lived tropical cyclone and for the sake of what Russian artist she came to Miami! 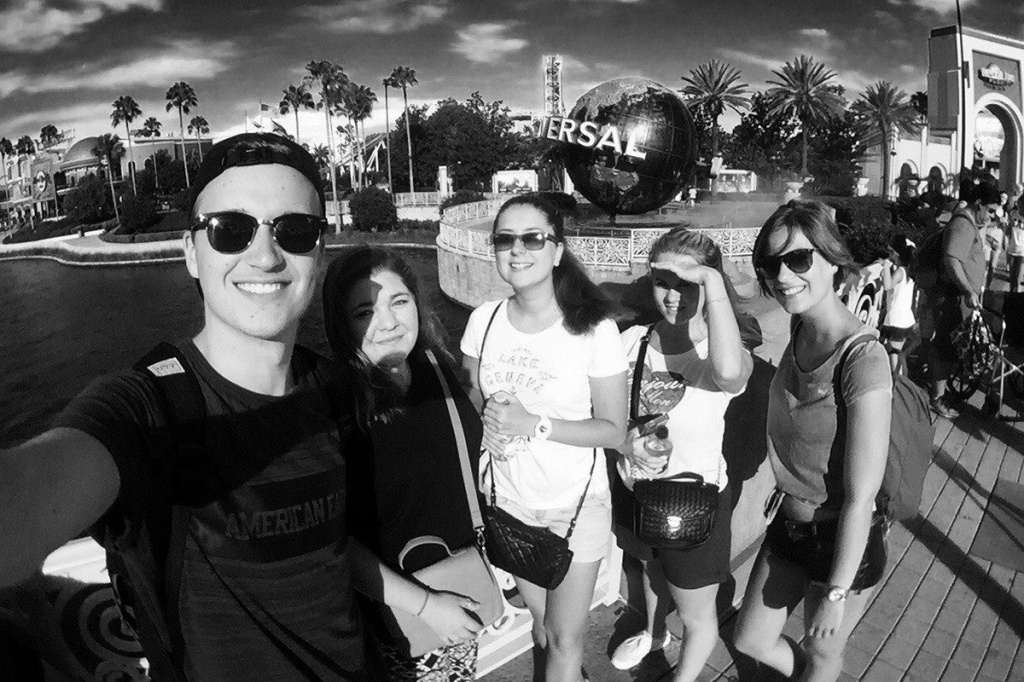 - Alesya, what became your motivation for such a long trip?

- At first studying abroad is an amazing opportunity to improve both spoken and written English. It is important life experience and new meetings: it definitely broadens our horizons! This is also a certificate which officially confirms that I have been studying abroad. Of course, it is my wanderlust. In one word, you just can't miss such an opportunity!

- How did your parents perceive your decision to fly so far away from home?

– My parents completely approved my decision and encouraged me. Sometimes I was worried or doubted, because I had to go to the far away country! But they gave me the strength and firmness to implement my plans. Also the thought that Russian speaking students travelled with me was comforting. And, of course, we were lucky to have such nice coordinators. Student mobility managers at international office SPbPU made it clear, well-defined and simple for me to get the whole picture in mind. I am absolutely pleased with everything, and I would like to express my sincere thanks to SPbPU International Office.

- Alesya, what was the city like when you came there for your studies?

- The University I've chosen is in the city of Valdosta, Georgia. It takes only 20 minutes to get to Florida from there. The city is very small, and except for university buses there was no any public transport. Everyone drove his or her car, so when there was nobody to give us a lift we were almost the only pedestrians (Alesya is laughing).

- What is about the weather? Was it nice?

- The climate here is absolutely wonderful! Usually everyone wears T-shirts or shirts, but in the evenings the weather can be cool. I love such weather.

- And what is about the flight? What stuck in your memory on arrival?

- The flight was very long. I was flying for 4 hours to Paris, then 10 hours to Atlanta, and then an hour to Valdosta. But I was so inspired by the things would have taken part on arrival so I took this hard day as the inherent part of something really important. All the time I was thinking about the further term. And when we finally arrived, I couldn't believe I was there. I was overwhelmed with emotions.

The group of friends we had here on arrival was also nice. We met three students from Germany and two students from Sweden. First five days which were given us to get accustomed we spent our time together, walked and saw around the city.

- Was it difficult to get used to the new conditions?

- No, everything was quite easy. I didn't notice neither the lag time, nor change-over to another language. A little problem was only in southern accent which prevailed there. At first there was some lack of understanding because of the specific pronunciation.

- You could select the disciplines to study during the term. Were you pleased with your choice?

- Of course! The disciplines I've selected were very interesting, and the information in the student books was very clear and understandable.

- What was your day's routine? What about food?

- We studied only four days a week, but there I somehow got up early every day. The lessons finished at 3:00 pm, and the time left was for our self-tuition. At first after lectures I went to the library, and spend two or three hours working with different student books. Then we could go to the sport game training, to a cafe, watch a movie or to go for a walk.

I am also pleased with my menu. The university had its own canteen. The food was much diverse. Once a week we were taken to do shopping and bought some food for home.

- What places and cities did you visit?

- In the first week of my arrival we visited Florida. I visited Universal Studios Florida. It is a theme park located in Orlando, it is dedicated to the cinema and animation, there are numerous attractions and live shows, and the guests can even take part in filming. On my autumn holidays I flew to Los-Angeles and Las-Vegas. Also I visited Tallahassee, the capital of Florida. Also I was in Miami. I intentionally went there because of our Russian singer Zemfira’s concert. It was incredible!

-You had very interesting extra-curricular activities in the USA! What stood in your mind most of all?

- The level of safety was very high there. There were many police patrols, and it gave a feeling of safety. There were really lots of fat people and everyone had Apple devices. And certainly I remember Hurricane Matthew, when it was roaring in the neighboring states, we were frightened, too.

- To sum up the interview, what would you advice to students who’re planning to study abroad?

- Be ready that it will be difficult, but interesting. If you have such an opportunity, never miss it, be brave at your decision and go for new knowledge and new impressions!

- Alesya, thank you very much for your interesting story.