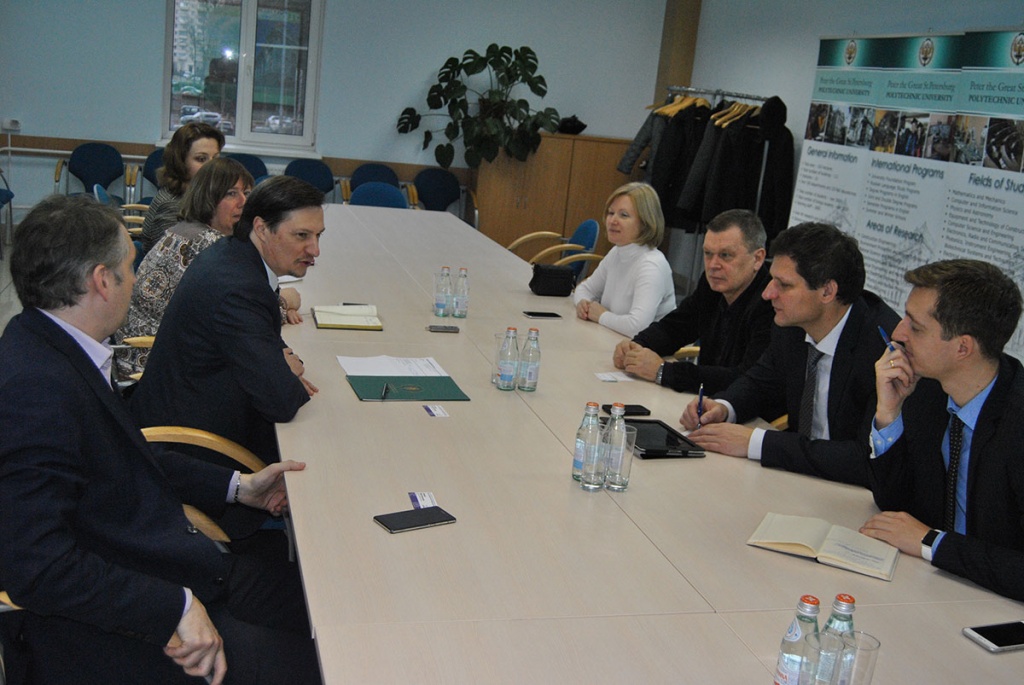 The discussion revolved around the training of foreign professional personnel in the field of power engineering that would allow implementation of Rosatom's strategic goals, partnership, personnel development, and joint development of training courses and master's degree programs in English dedicated to the most relevant issues of the industry. "Leading Russian universities are a major source of personnel for the power engineering infrastructure. Our cooperation is based on mutual interests and trust," V. V. Karezin pointed out. 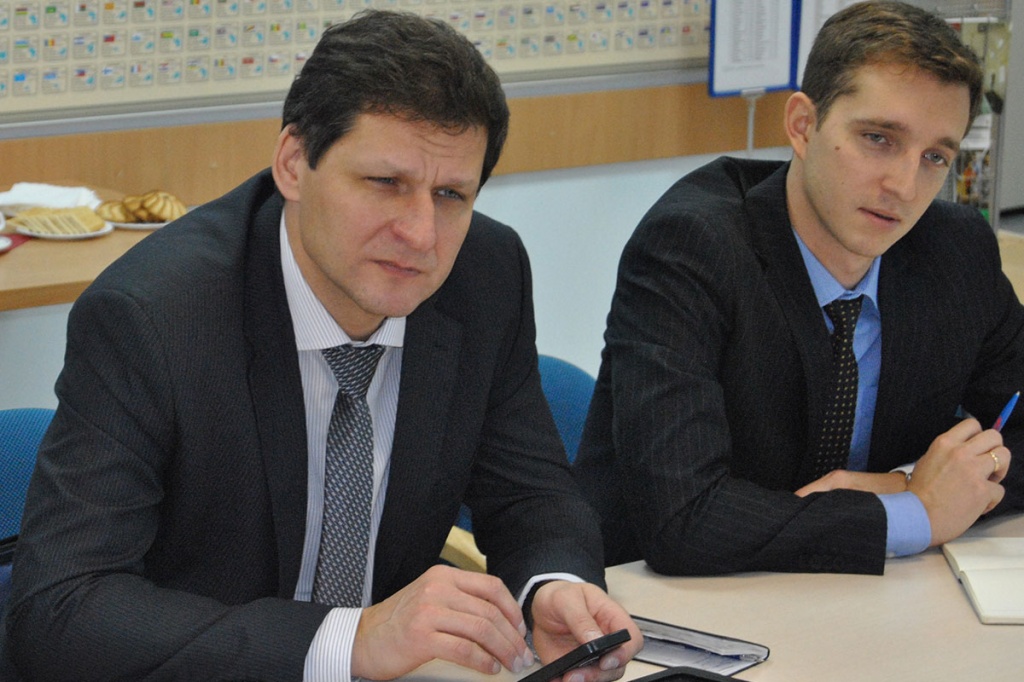 Vice-Rector for International Realtions D. G. Arseniev further elaborated on the way the Polytechnic University has enhanced cooperation with the world's leading universities, which work to determine basic research plans. "Experts in power engineering are highly sought after in the international labor market. Students from many countries come to Peter the Great St. Petersburg Polytechnic University in order to get an education in this field. SPbPU's level of specialist training is on par with the approved quality standards. I would like to mention that there is SPbPU Institute of Nuclear Energy in Sosnovy Bor, which is involved in the training of personnel in the field of nuclear power engineering. In addition to that, a decision has been made to establish a basic department of SPbPU at a nuclear power plant in Sosnovy Bor," D. G. Arseniev reported. 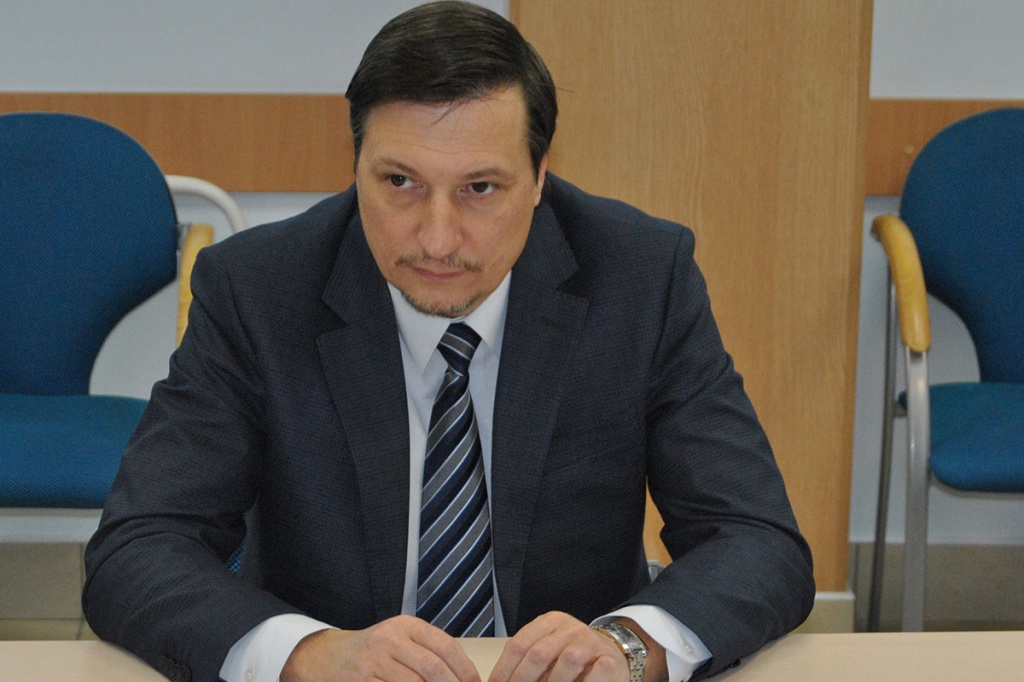 SPbPU particularly values cooperation with major energy companies, as they ensure not only the employability of graduates, but also participation in international education programs. Rosatom State Atomic Energy Corporation pays considerable attention to the attraction of young experts looking to find employment in one of the world's largest companies, continuously develop their key skills, and gain new knowledge necessary for the development of Russian power industry.

According to the Rosatom delegates, experts that have the required skill set and knowledge contribute to the company's development and integration in the external environment, where conducting consistent dialogue and following the rules of civilized business is crucial. The development of the company's HR Department is a focal area of the Rosatom's HR policy. Rosatom Central Institute for Continuing Education and Training (Rosatom CICE&T) has been successfully performing this task for many years. The Institute houses an International Center for the training of experts from the countries that have just set foot on the path of nuclear energy development and are willing to build nuclear power plants based on Russian technologies.

"We are planning to invite professors from Peter the Great St. Petersburg Polytechnic University to give lectures and hold workshops," V. V. Karezin added.

Rosatom State Atomic Energy Corporation is also interested in the Polytechnic University in terms of enhancing international cooperation and taking part in advanced research. For Rosatom, the partnership with SPbPU means contacts with high-profile universities across the world, vast scientific basis, innovative testing sites, etc. One of the corporation's crucial tasks is to enhance cooperation with Finland, Hungary, South Africa, Republic of the Sudan, and Bolivia.

"The Polytechnic University has a lot of experience in the training of experts in the field of power engineering for foreign countries. In this regard, joint master's degree programs (Lappeenranta–Turin–Milan–Prague) are being implemented, etc. By the end of January 2016, the Winter Polytechnic School will open, with six professors coming from Bangladesh, Lappeenranta, and Prague universities, and over 50 students already registered. Among other short-term plans is the development of a joint master's degree program with Lappeenranta University of Technology, which is the 10th fastest-growing university in Europe. I suggest we do it under the aegis of Rosatom," Head of the Department of Nuclear and Heat Power Engineering V. V. Sergeyev proposed.

The next meeting between SPbPU and Rosatom is set to take place at the corporation's office on January 19, 2016.