Polytechnic University and the Higher Institute for Applied Sciences and Technology (Syria) signed a protocol of intent on cooperation. The document provides for the development of partnerships in science and education, including the development of joint graduate and postgraduate programs, academic mobility of teachers and students, the implementation of joint research in various fields.

The protocol was signed during the visit of a representative delegation from Syria to Polytechnic University. The delegation consisted of the Chairman of the Board of Trustees Dr. Wael Hansa, the Director of the Higher Institute of Applied Sciences and Technology (hereinafter — HIAST) Dr. Maher Suleiman, heads of relevant departments and faculties. 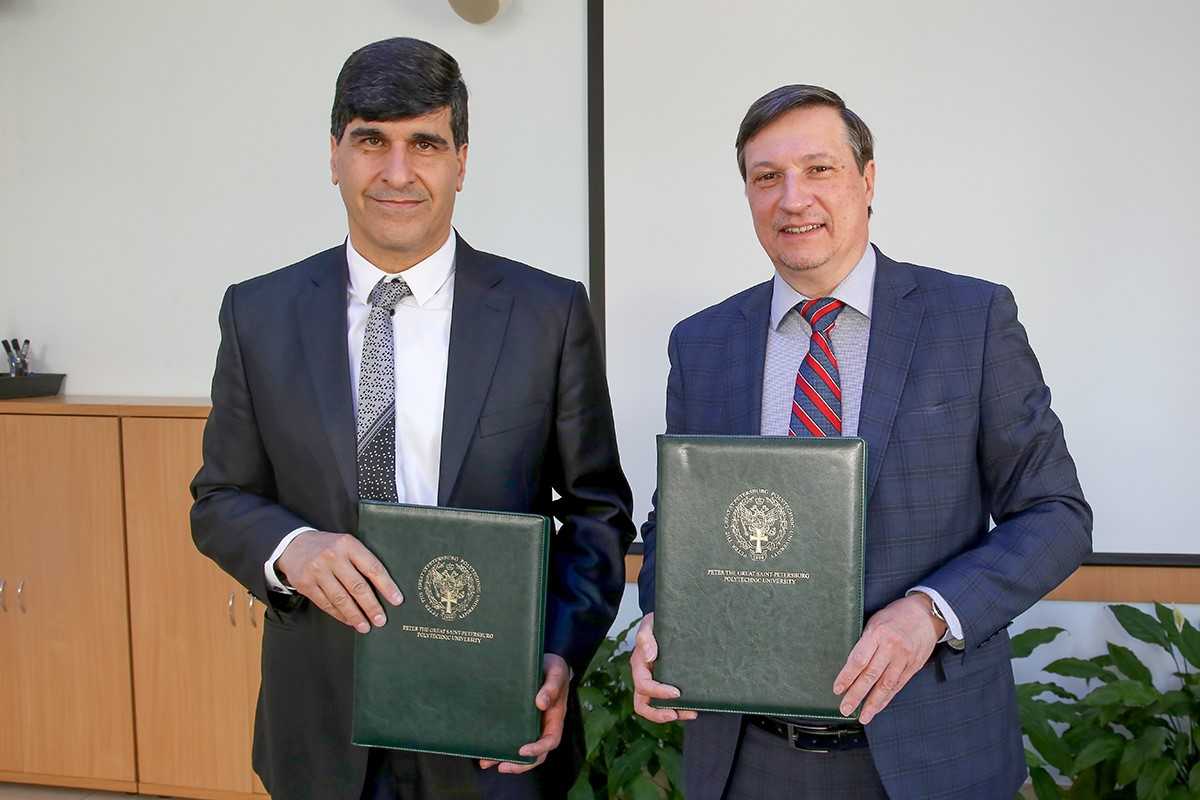 Welcoming the attendees, Vice-Rector for International Affairs professor Dmitry Arseniev emphasized that in the last decade the regions of the Arab world and Asia have been a strategic focus for Polytechnic University. Since the 2000s we have been actively cooperating with a number of universities in Syria in a wide range of areas, and we strive to develop this partnership network. Our doors are open, and we are very happy to cooperate with the Higher Institute of Applied Sciences and Technologies, said the vice-rector of SPbPU. 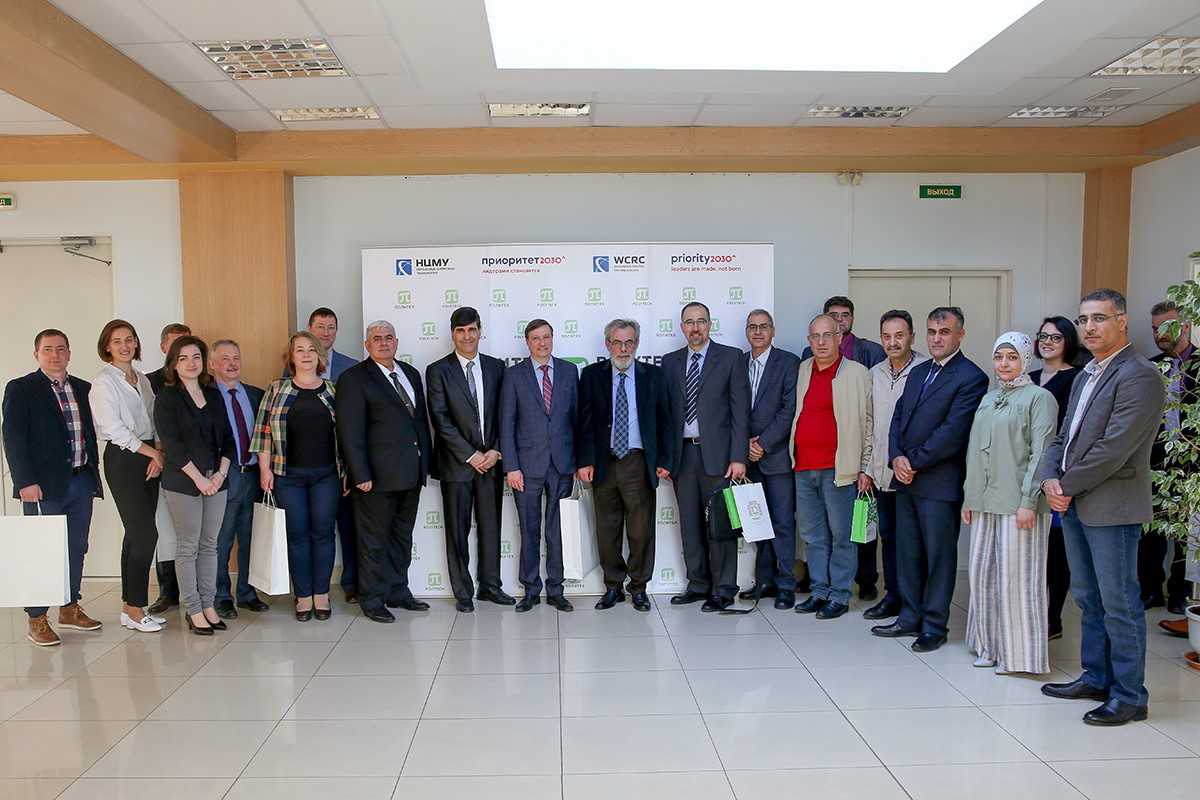 The intensive program of HIAST representatives included two days of intensive working meetings and negotiations with the heads and staff of the institutes and higher schools, as well as the international office of SPbPU. On the first day of the visit, the delegation from Syria got acquainted with the scientific and educational capabilities of the Institute of Physics and Mechanics, which were presented by Maksim Frolov, Director of the Institute. After that the Syrian colleagues visited the laboratories of the Higher School of Cyberphysical Systems & Control, where Vyacheslav Potekhin, professor of HSCS&C, spoke about the scientific activities of the staff in the field of intelligent and cyberphysical systems, artificial intelligence, etc.

On the same day, the members of the delegation were introduced to the potential of the Technopolis Polytechnic research complex, acquaintance with which began with a visit to the laboratories of the Institute of Machinery, Materials, and Transport. Deputy Director for International Activities of IMM&T Associate Professor Anton Naumov demonstrated the advanced developments of the staff of the Lightweight materials and Structures Laboratory and presented the achievements of the Institute in the field of additive technologies. Immediately afterwards, negotiations were held between colleagues from HIAST and representatives of the Higher School of Physics and Material Technologies of IMM&T — Director of the Higher School Alexander Semencha and Professor Oleg Tolochko, during which the participants discussed cooperation in the field of nanotechnology, physics and material technologies. 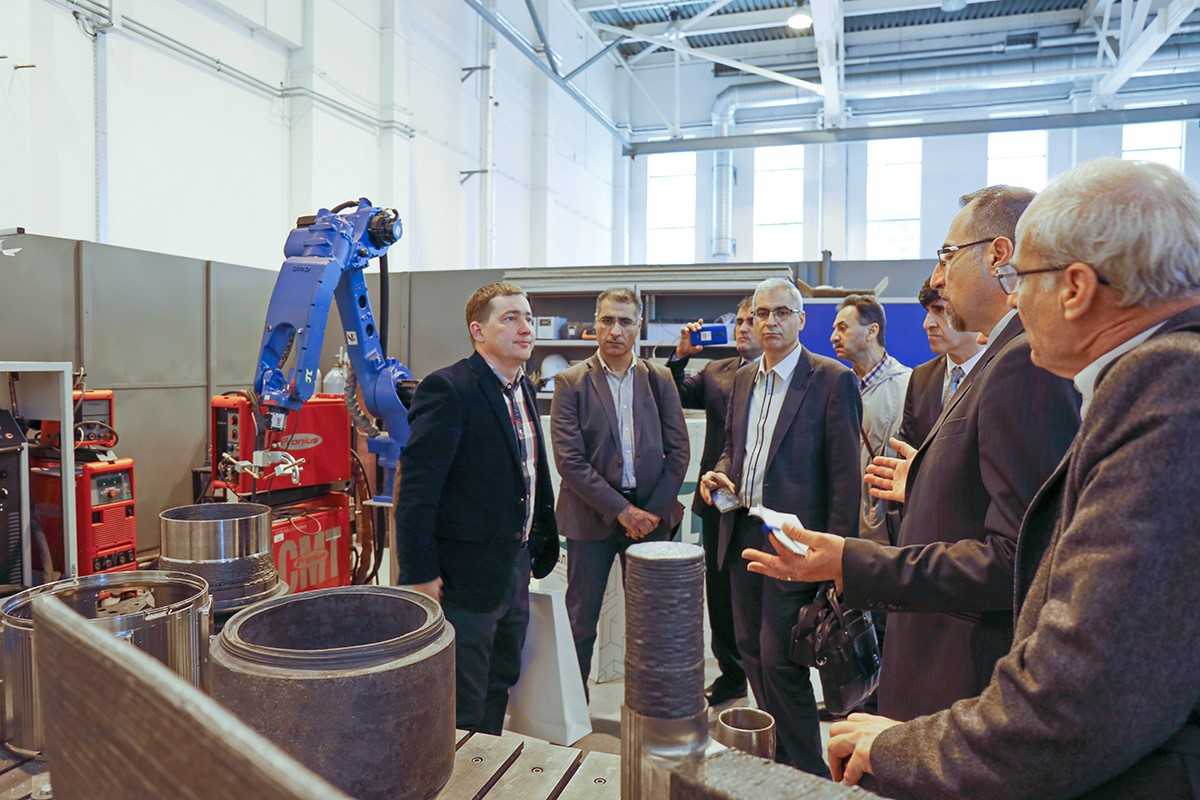 On the second day of the visit the HIAST delegation got acquainted with the capabilities of the laboratory for Modeling Technical Processes and design of Power Equipment, which were presented by the leading scientist of the laboratory Alexander Fedotov. Then the colleagues from Syria visited the Polytechnic Supercomputer Center and the laboratories of the Institute of Computer Science and Technology, after which they took part in talks with representatives of ICST — Deputy Director for International Activities Vadim Pak, Director of the Higher School of Software Engineering Pavel Drobintsev, professor of VSHPI Nikita Voinov. Another round of talks was held between colleagues from HIAST and the Institute of Electronics and Telecommunications, represented by Acting Director Alexander Korotkov. The heads of IET’s higher schools — the Higher School of Engineering and Physics, the Higher School of Applied Physics and Space Technology, and the Higher School of Electronics and Microsystems Technology — also took part in the talks. 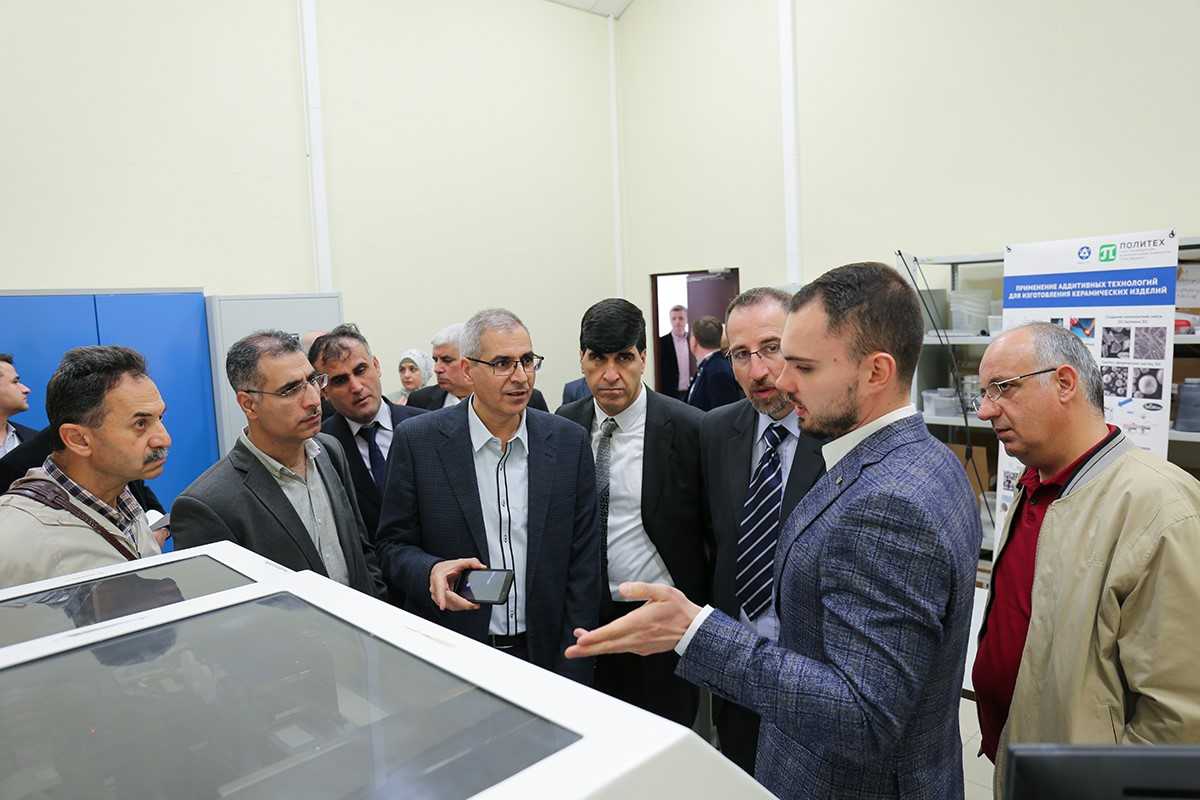 The business program included a visit of the delegation to the laboratories of the Institute of Biomedical Systems and Biotechnologies — Laboratory of microencapsulation and Controlled Delivery of Biologically Active Compounds, Laboratory of Molecular Neurodegeneration and Nanobiotechnologies SRC, presented by Natalia Gulikhandanova, Deputy Director of IBS&B for scientific and project work. The visit to the Gazpromneft-Polytech Scientific and Educational Center and completed the acquaintance with the Technopolis Polytech Research Complex.

At the end of the working program the representatives of HIAST and SPbPU international office discussed the ways of cooperation in education, particularly, the attraction of Syrian students to study in SPbPU basic educational programs, particularly through the Open Doors International Contest, and possibilities of joint Masters and PhD programs.