Polytechnic University and Toraigyrov University (Kazakhstan) will begin creating joint master’s degree programs. Among the areas of mutual interests are intelligent systems, energy and mechanical engineering. The agreement was reached during the visit of the delegation of Toraigyrov University (hereinafter TOU) to SPbPU on May 24 and 25, 2022.

The TOU delegation included Petr Bykov, Vice Rector for Academic Affairs and Nurlybek Ispulov, Dean of the Faculty of Computer Science. The guests’ acquaintance with Polytechnic University began with a visit to the International Campus of SPbPU, where colleagues from Kazakhstan took part in negotiations with representatives of international office, institutes and higher schools of Polytechnic University. 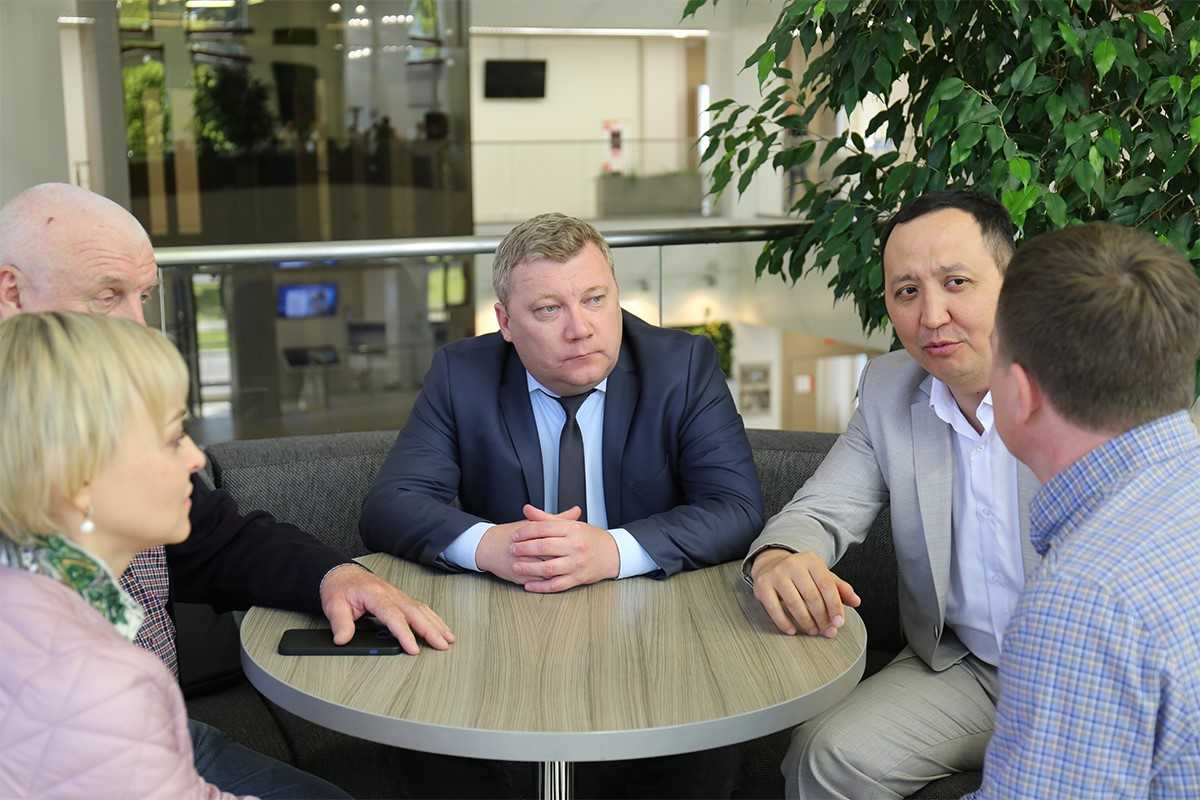 In his welcome remarks Professor Dmitry Arseniev, Vice-Rector for International Affairs of SPbPU, noted that for many years there has been a sustained interest of Kazakh universities in cooperation with Russian universities, and that this interest is mutual and is supported by decisions and concerted action. Director of Higher School of Cyberphysical Systems and Control Professor Vyacheslav Shkodyrev, Acting Director of Higher School of Power Engineering Alena Aleshina, Deputy Director on International Affairs of the Institute of Mechanical Engineering, Materials and Transport Anton Naumov and representatives of the International office also took part in the negotiations with their Kazakh colleagues. 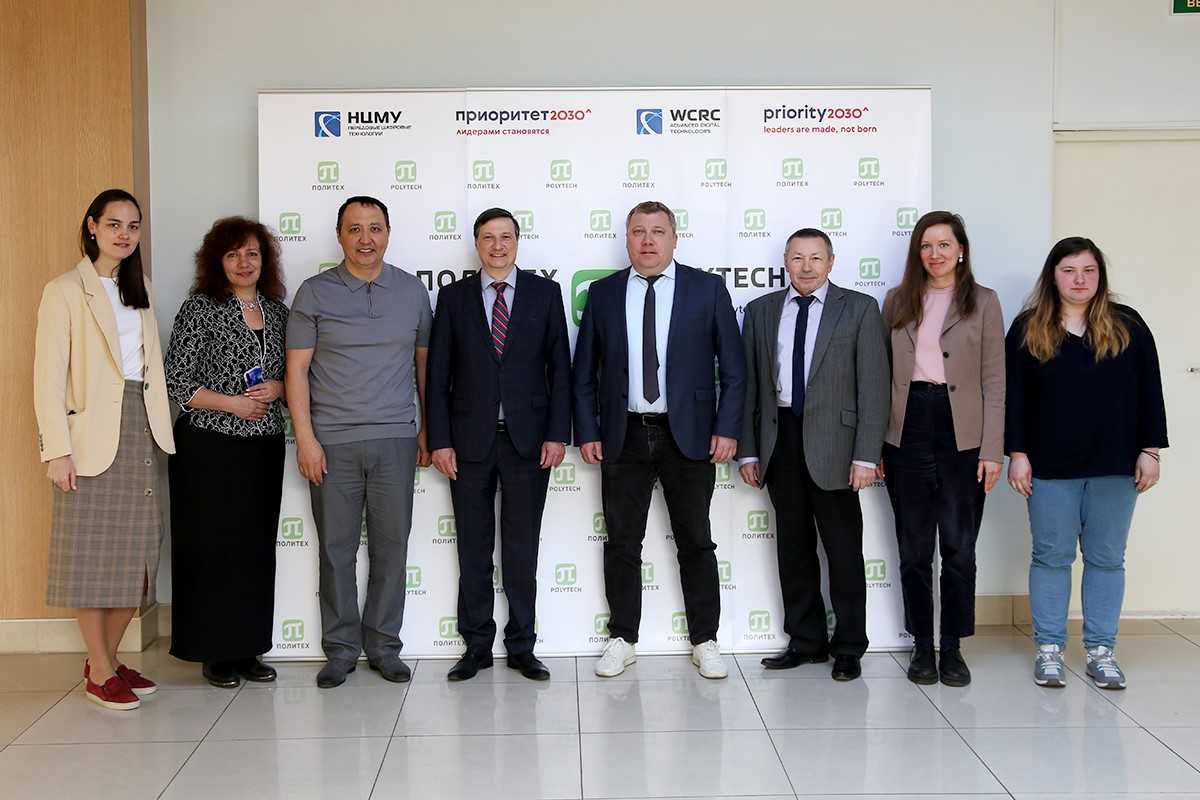 Among the possible areas of cooperation, the parties largely focused on the development of joint master’s degree programs — in particular, in the field of intelligent systems, energy, and mechanical engineering. In addition to a detailed discussion of the master’s degree programs, the parties have worked on cooperation in the field of joint training of graduate students, as well as launching refresher courses for teachers from Kazakhstan. After the talks, the delegation of Toraigyrov University visited the laboratories of the Higher School of Cyberphysical Systems and Control, where there was a discussion of joint curricula and the future master’s program in the field of intelligent systems.

During the negotiations with colleagues from Kazakhstan, we considered a wide range of options for cooperation in education, joint research, training and retraining on promising breakthrough production technologies of industrial automation, advanced robotics and control, said Vyacheslav Shkodyrev, director of the Higher School of Cyberphysical Systems and Control. 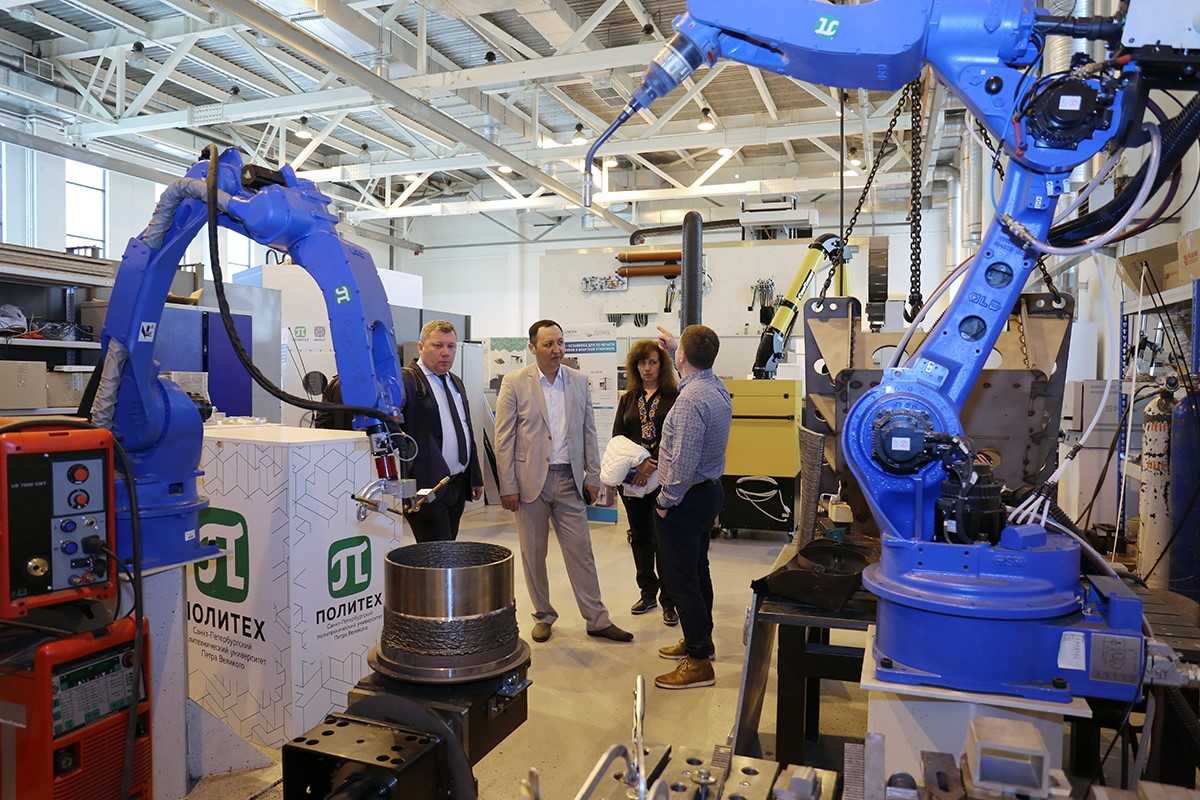 On the second day of the visit, TOU representatives visited the Lightweight materials and Structures Laboratory and the Kawasaki-Polytech and Additive Technologies research and education centers, where they participated in talks and discussions with leading Polytechnic researchers.

On the first day of talks, we found out that almost all the scientific and educational areas implemented at the IMM&T are also represented at Toraigyrov University. On the second day, we organized visits to the laboratories of interest to guests and negotiations with the relevant departments of the IMM&T. This allowed to find a number of common areas and the format of further interaction, commented the Deputy Director for International Activities of IMM&T Associate Professor Anton Naumov.