Signing an agreement with the City Hall of Nanjing (PRC) to develop innovative cooperation and receiving a certificate of co-founder of the Russian-Chinese Innovation Alliance — these events were marked by participation in the Sino-Russian University and Research Institute (Nanjing) Innovation Forum for Peter the Great St. Petersburg Polytechnic University. 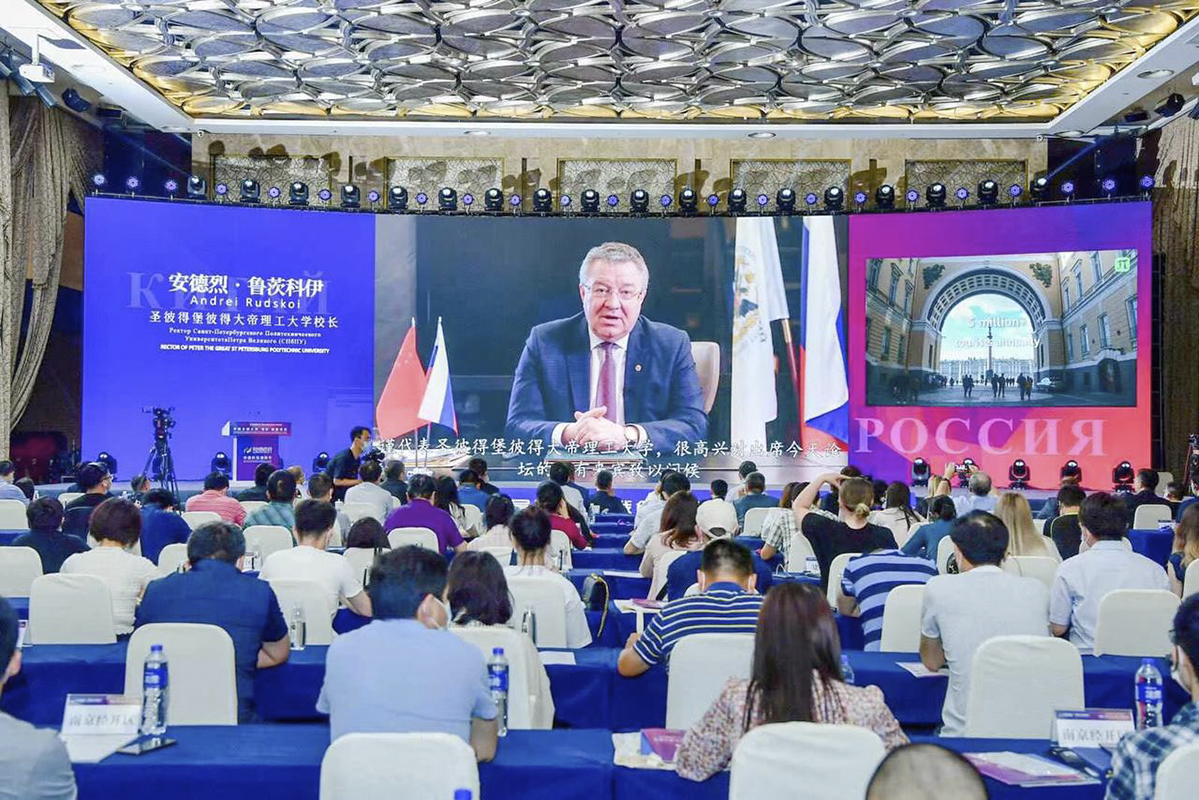 Peter the Great St. Petersburg Polytechnic University took part in the Sino-Russian University and Research Institute (Nanjing) Innovation Forum, which was held as part of the Technology Week in Nanjing (PRC). The event was organized by Nanjing Municipal Science and Technology Bureau, co-organizers were the Russia-China (Jiangsu) Innovation Alliance (RCIA) and GlobalTech IP — a partner company of SPbPU.

The Sino-Russian University and Research Institute (Nanjing) Innovation Forum brought together leading academic institutions and enterprises from Russia and Jiangsu Province of China to discuss the opportunities, problems, and models of commercialization of academic and industrial cooperation. All in all, more than 300 participants joined the forum in person or online, over 100 of which were represented by Russian universities. The Nanjing Technology Week itself was attended by over 4,000 guests from all over the world.

The guests were welcomed by Chen Linhao, Deputy Director-General of the Department of International Cooperation, Ministry of Science and Technology, Guo Liping, Deputy Director of Science and Technology Department of Jiangsu Province, Shen Jianrong, Vice Mayor of Nanjing, Aleksandr Shmanevskiy, Consul General of the Russian Consulate General in Shanghai. The speakers expressed hope that the forum will open a new page of Russian-Chinese scientific and technological innovation cooperation, and the new era of innovation will be a driving force for the development of both countries. 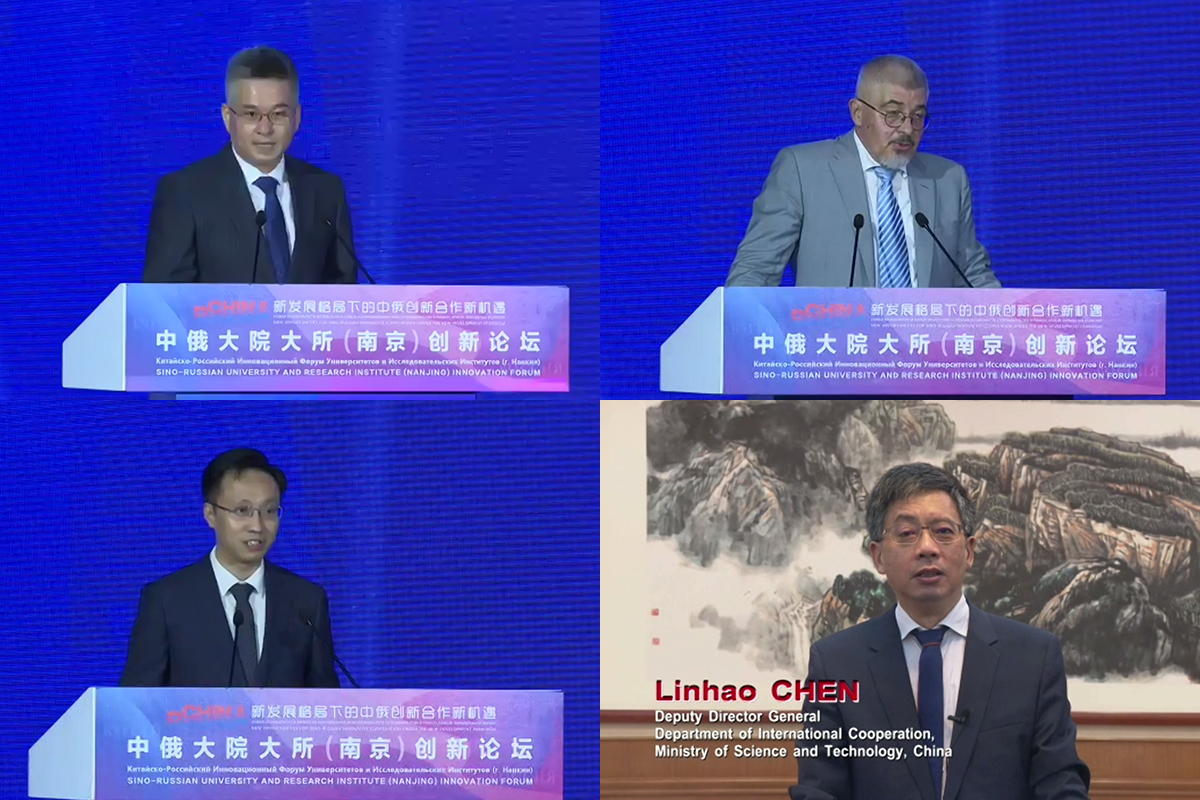 Heads of the leading universities of Russia and China made presentations on new opportunities for Sino-Russian innovation cooperation. The participants showed great interest in the presentation by the Rector of SPbPU Andrei RUDSKOI, in which he disclosed the key areas of scientific and technological cooperation between Polytechnic University and universities and companies of China, presented large-scale implemented projects, and identified the prospects for future collaborations. Jiangsu Province occupies a special place among the partner regions of Polytechnic University in China. To develop educational cooperation in the province, we have created several joint structures — an engineering institute, an educational and methodological center of the Russian language; we have signed an agreement on cooperation in science, technology, and innovation, at the moment we are actively working together with the Jiangsu Industrial Technology Research Institute (JITRI) to create a joint program on biotechnology, advanced manufacturing technologies, artificial intelligence, noted Rector of SPbPU, and stressed that Polytechnic University of Jiangsu has an important role in the development of the transfer of knowledge and technologies.

The Russian-Chinese Innovation Alliance (RCIA), which was founded in 2020 by GlobalTech IP, can play a significant role in the development of technology transfer and innovation commercialization. SPbPU is among the Russian co-founders of the Alliance, along with Ingria Technopark and the Internet Initiatives Development Fund (IIDF). In his speech, the rector of SPbPU also presented the mission of RCIA, which is to leverage each party’s strengths to create a robust cross-border innovation ecosystem as the foundation of the One Belt, One Road initiative. We plan that within the framework of the established Russian-Chinese Innovation Alliance, Polytechnic University will develop the direction of technology transfer and innovation commercialization together with Chinese partners, which the Alliance will assist in attracting, said Andrei RUDSKOI. 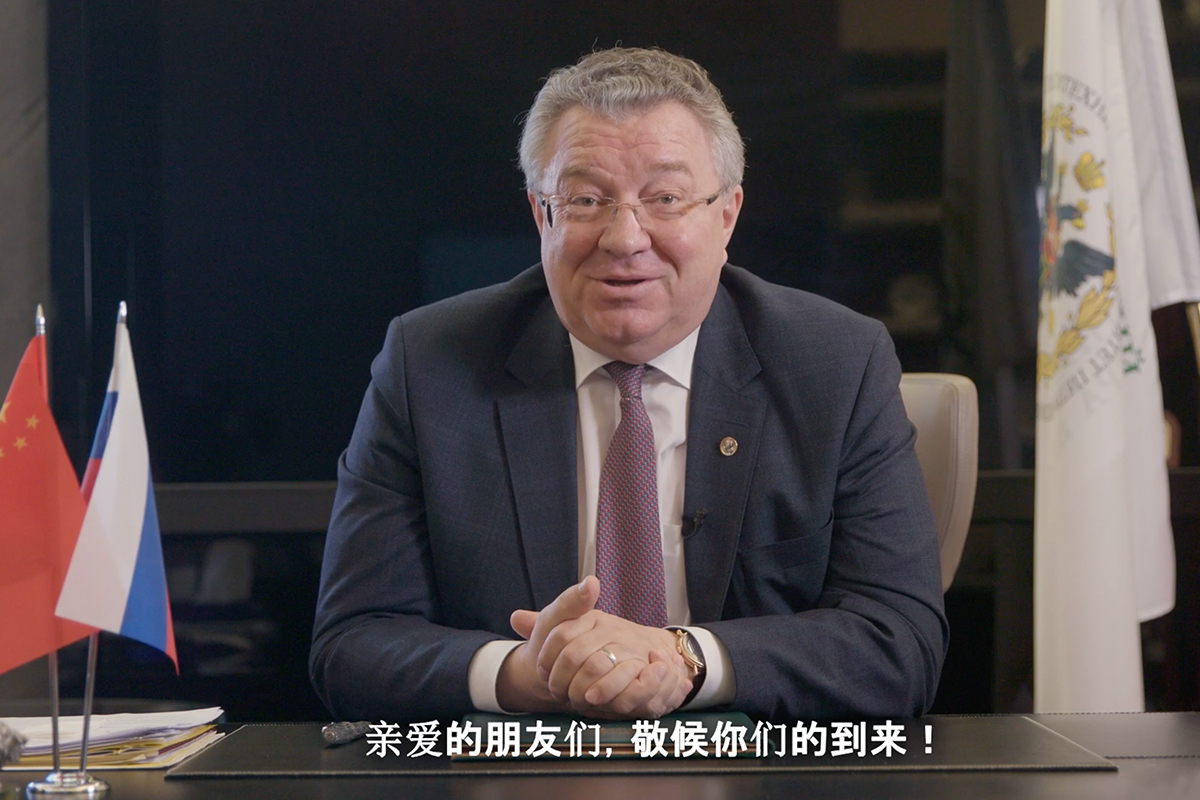 Nanjing Technology Week is the main annual technological innovation event in Jiangsu Province. In 2021, Russia is the guest of honor of the event. More than 4,000 distinguished guests, including consuls-general of various countries, Nobel Prize and Turing Prize laureates, academicians, heads of local and foreign universities, and enterprises are the participants of the Week in 2021.