Polytechnic University PhD Student from China: From Student to Teacher and Textbook Writer

Tsui Lun was born in Harbin, but today he lives in St. Petersburg, is a postgraduate student at Peter the Great Polytechnic University and teaches students Chinese. During the years of his life in Russia, Tsui Lun seems to have understood the mysterious Russian soul, and with his personal example he shows that it is possible to learn a difficult Russian language and speak it fluently. He also co-authored six textbooks, wrote research articles, and taught Chinese to students from Russia. Read about this and not only in our interview. 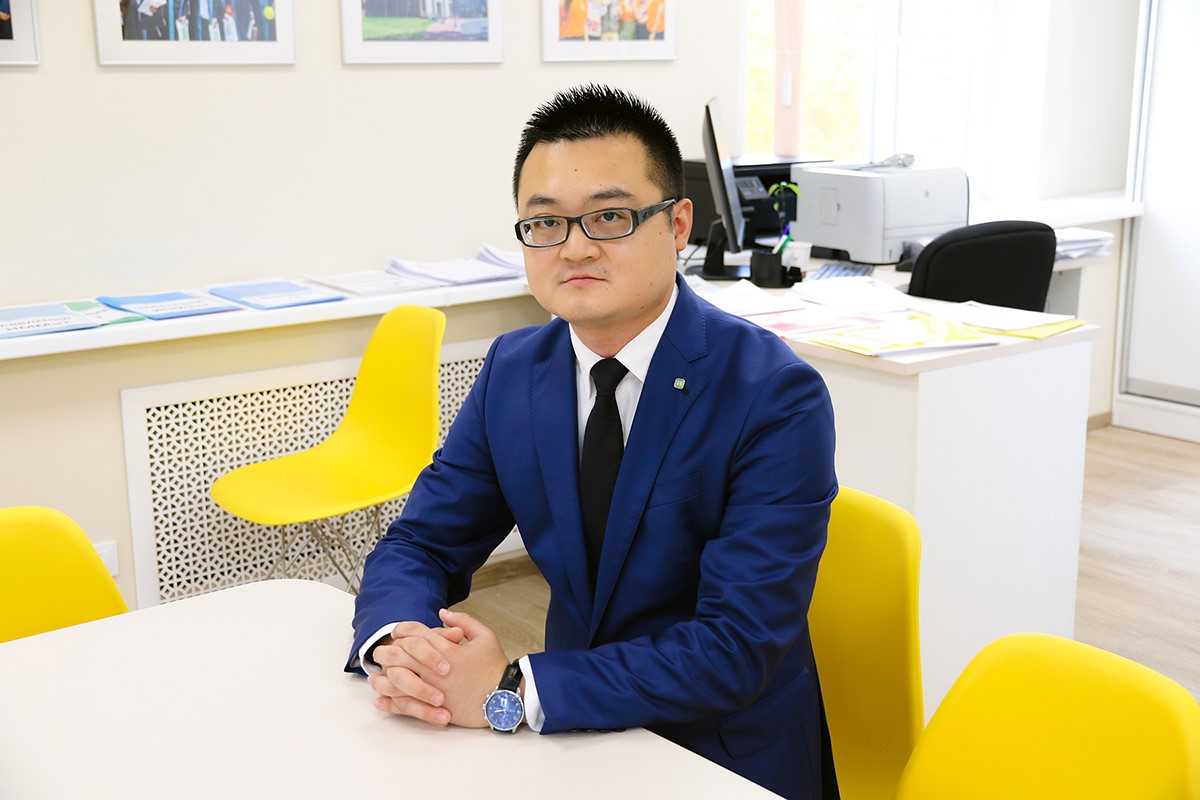 — Lun, please tell us how you began your acquaintance with the Russian language?

— I was born and raised in Harbin. There I went to a very good and famous international school, Harbin School No. 3. My grandfather was the chief engineer in an energy company in Harbin. He also taught other engineers the Russian language and became my first teacher. Ever since I was a child, I heard Russian phrases from him. For example: «Let’s go, let’s go!» I was little and didn’t understand what he was talking about at all, but even then I was getting used to the way Russian sounds. It had a great influence on my further education.

— In your personal experience, how difficult is it for a resident of China to learn Russian?

— Let’s start with the fact that I like foreign languages in general: I speak English and Swedish. And I have been studying Russian for about 8 years already. It is a rich and beautiful language of the great people. But, of course, there are difficulties in Russian. The most difficult thing, as it seems to me, is grammar.

— When did you start to speak Russian fluently yourself?

— Everything is solved by constant practice of the language. I became fluent in Russian when I worked in Khabarovsk for 2 years after university. At work, I was regularly translating contracts and agreements, I was immersed in the Russian-speaking environment. I think learning Russian just from lectures and seminars is more difficult and less effective. Just to learn grammar rules and immediately start speaking Russian is impossible.

— Do you have a favorite word in Russian?

— What advice would you give to Chinese students who are currently studying Russian?

— Here’s my main advice: go outside, don’t sit in your room — it’s definitely not going to help you. You have to get to know the local people and try to talk live as much as possible. It doesn’t matter if you speak correctly or not, you don’t have to be shy. It’s important to understand it yourself: I’m Chinese, I’m a foreigner, there will always be mistakes, but I want to learn to speak Russian. You’ll get help, you’ll be accepted.

To avoid wasting time, it’s better to read Russian books. At first it will seem impossible to read even one page, but it will come gradually. My first book was «Russia and China.»

— When did you make the decision to study in Russia, and why did you choose Polytechnic University?

— It all started when my parents were at an educational fair in Beijing many years ago, and one participant told us about Peter the Great St. Petersburg Polytechnic University. That it was Russia’s leading university in the field of technology and engineering education. That’s how it all started.

I did not regret my choice: Polytechnic University is quite famous on the world stage, located in the beautiful city of St. Petersburg, equipped with everything necessary for a modern and comfortable study.

After a year of studying Russian, I chose Political Science because I am very fond of politics. Since my childhood I was interested in this field, especially I was always concerned about the relationship between Russia and China. 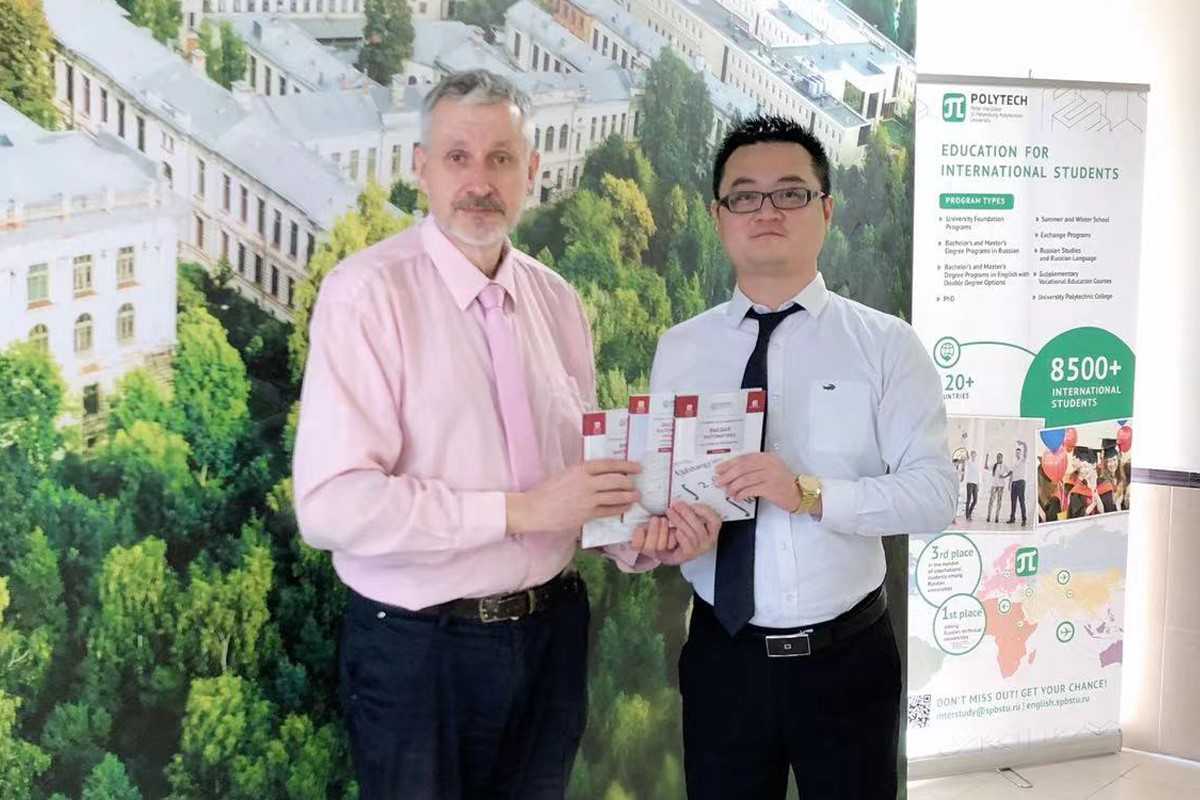 — And how is your life developing now?

— Now I am a PhD student, working in SPbPU International Office as a translator from Russian into Chinese, and also teaching Chinese in our international relations department.

During this time there were many events where I helped to establish communication. For example, I participated in translating materials from Russian into Chinese for the Chinese version of the university’s official website, and participated in negotiations with representatives of Xi’an University of Technology as a translator. I also co-authored textbooks on higher mathematics for economists. Together with Viktor Krasnoschekov, director of the Higher School of International Educational Programs, and Ksenia Galunova, associate professor at the Higher Mathematics Department of the Institute of Physics and Mechanics, we wrote six textbooks.

— Tell us, how do you teach? What language are the classes in?

— At Polytechnic University, I teach classes for fourth-year students in two disciplines: «Chinese: Professional-oriented Course» and «Business Correspondence in Chinese.» I have several classes a week and usually have 20 students in my classes. We communicate with students both in Chinese (their knowledge already allows them to do so) and in English or Russian. It’s an advantage for the students to be able to speak Chinese and English at the same time, so they can learn two languages at once.

— What do you think of our students?

— Of course, there are different groups. Some people’s first foreign language is not English, but, for example, German or Spanish. That’s not a problem either, because this situation encourages them to speak Chinese right away. In my work, I try to use the students’ native language as little as possible. If they don’t understand something in Chinese, we switch to English. If they don’t understand something in English, we use gestures. It helps to make progress much faster.

I know that today more than 180 universities in Russia teach the Chinese language. That is almost 20% of all Russian universities. According to various estimates, there are between 60,000 and 80,000 people studying Chinese in Russia. They do so because there is a huge interest in Chinese culture, history, and, of course, in business communication.

— Lun, do you remember your first day as a teacher? What was it like?

— It wasn’t so easy at the beginning of the journey. I remember walking into the classroom and getting to know my students. They knew nothing about me, and I knew nothing about them. So I asked each of them to introduce themselves and tell me about themselves. The audience that day was like a theater — gestures, facial expressions, different tones of voice — everything to convey the information as clearly as possible and capture the attention of the audience.

— After a while, what can you say about your teaching style? Are you more of a strict or loyal teacher?

— On the one hand, I am quite a strict young teacher; on the other hand, I try to treat my students with kindness and care. Since last semester, my students have been actively writing their thesis papers, and I try to tell them how to translate the table of contents sections, various educational terms, and so on. Also, my students periodically do written work. We have written essays on friendship, love, and famous Russian proverbs. I think my Russian students are very talented and intelligent, and during our work, they have significantly improved their Chinese language skills. 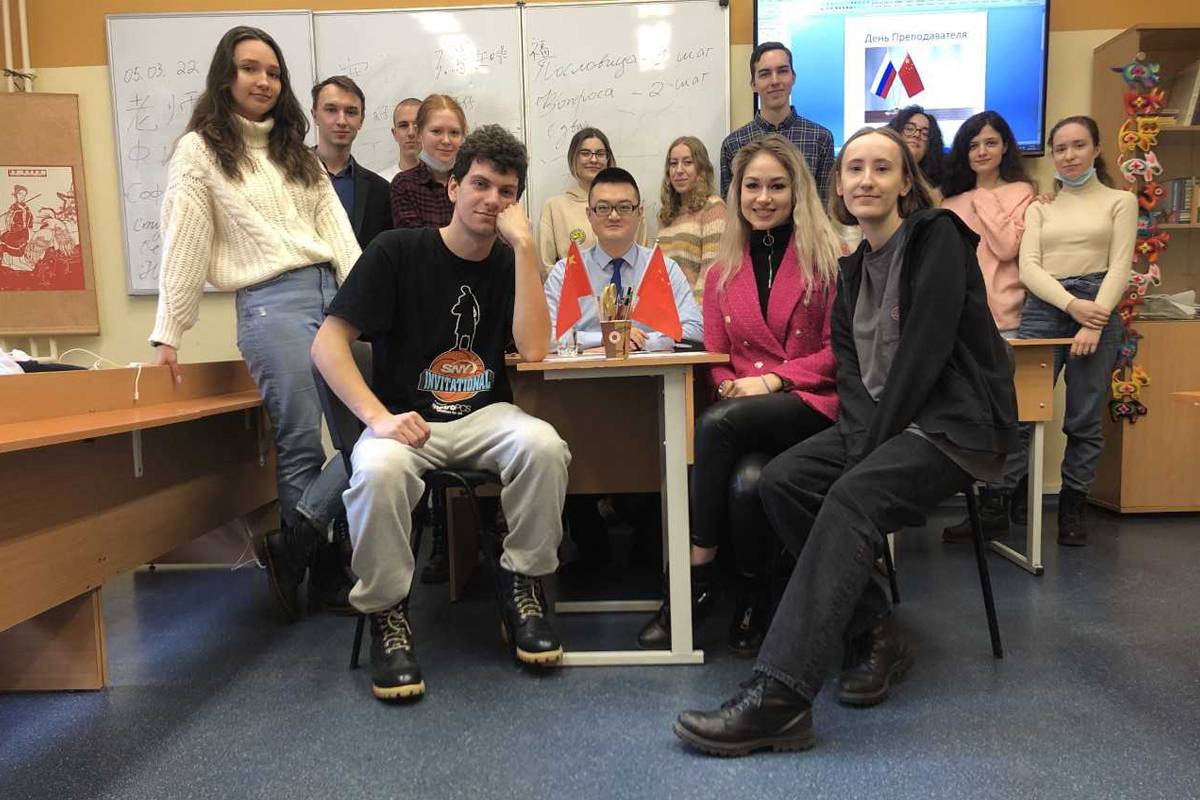 — Do you plan to continue teaching? What are your plans for the future?

— In addition to teaching, I am actively engaged in research activities. In co-authorship with colleagues from SPbPU, I am writing educational materials, and in the future, I am planning to publish a new textbook in international relations. I have recently written several academic articles, including my first academic article in English on the role of Chinese President Xi Jinping in the fight against the Covid-19 pandemic. Another published article is titled «The Influence of Russian Architecture in Harbin». I also plan to continue my work at Peter the Great Polytechnic University.