RAS Corresponding Member Dmitry Arseniev, Vice Rector for International Affairs of SPbPU, and Nikita Golovin, Deputy Head of the International Relations Office, took part in the international round table «Development of Scientific and Educational Cooperation between Russia and Armenia — a Look into the Future» and the 16th Annual Scientific Conference of the Russian-Armenian University (RAU), timed to its 25th Anniversary. The participants of these major international events appraised the successful practices of Polytechnic University in implementing international projects with Armenian universities and proposed prospects for the development of cooperation in the field of education in Russia and Armenia. 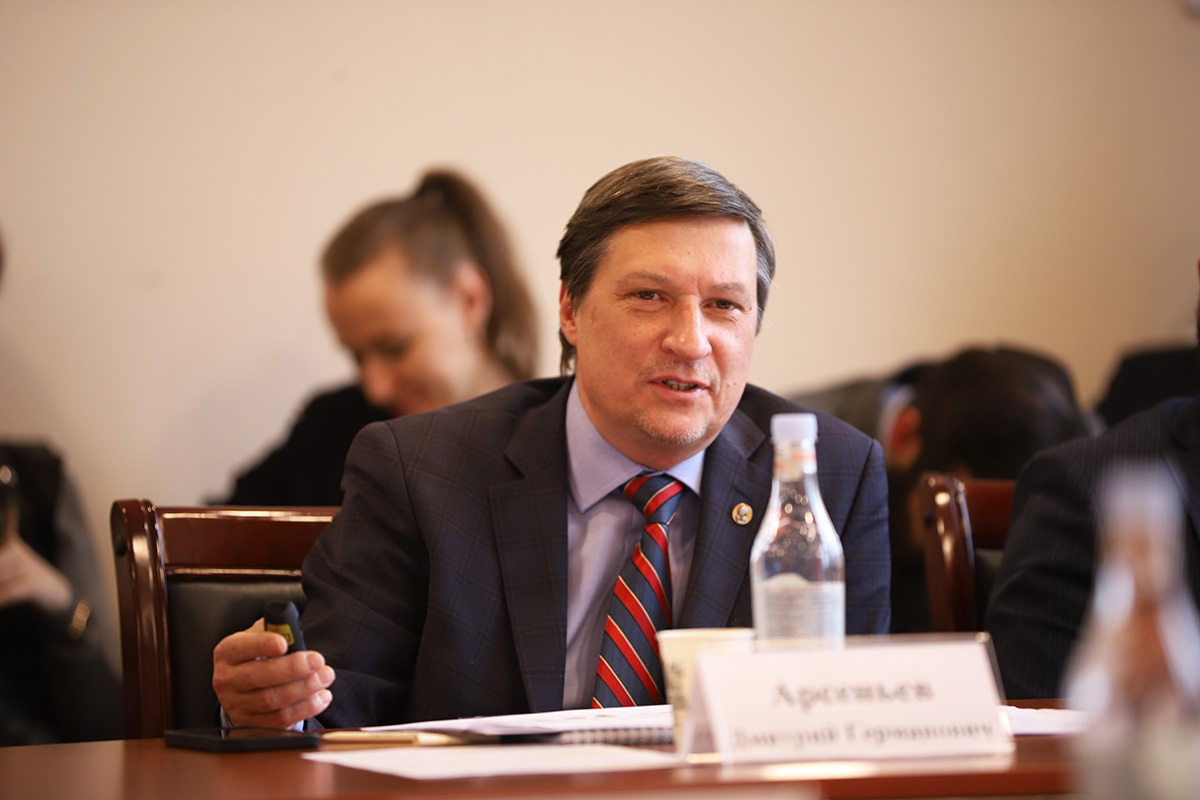 The round table «Development of Scientific and Educational Cooperation between Russia and Armenia — a Look into the Future» took place with the support of the Presidential Administration of the Russian Federation on the platform of the Center Moscow House Cultural and Business in Yerevan, organized by the Ministry of Education and Science of the Russian Federation. Along with Polytechnic, representatives of the line ministries and leading universities in Russia and Armenia, in particular, the Russian-Armenian University, which is a strategic partner of SPbPU, took part in it. 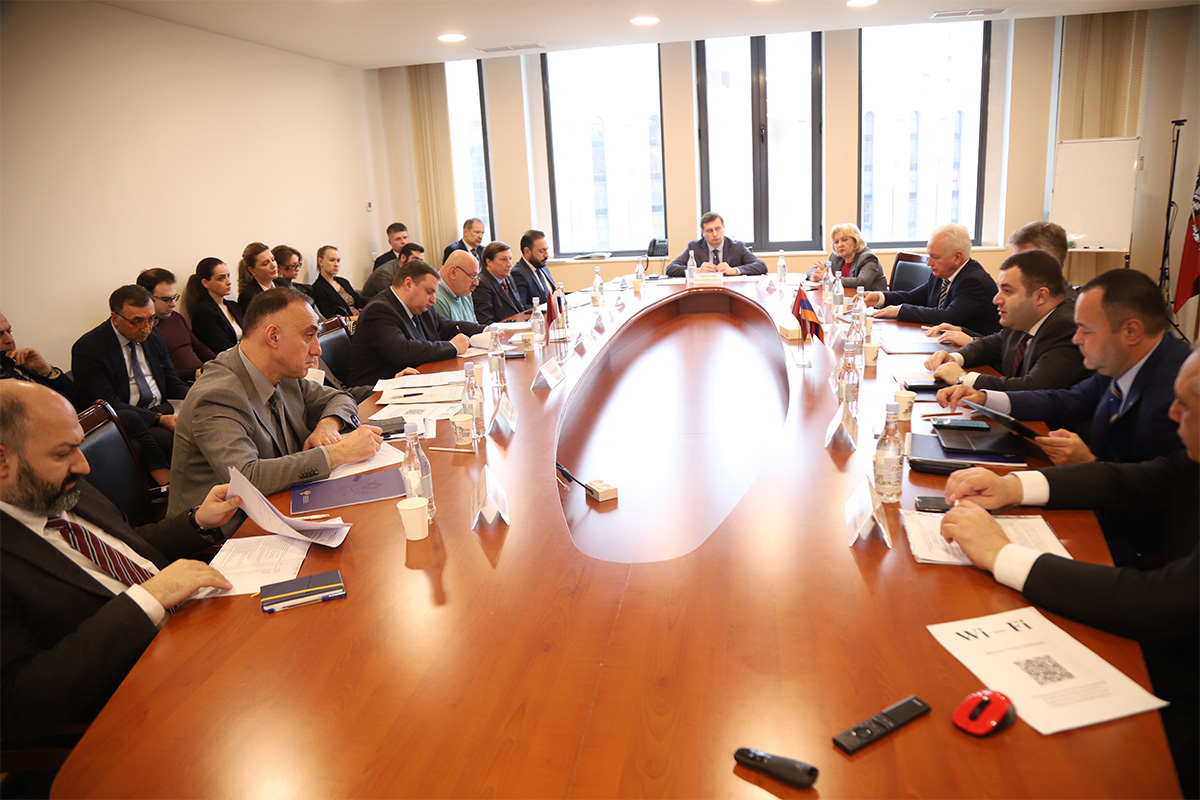 The participants discussed the prospects of development of cooperation in the field of education in Russia and Armenia, current conditions and a new agenda for cooperation in the formation of interdisciplinary research projects. In addition, the roundtable participants agreed to organize and conduct the Russian-Armenian Forum of Education and Science in Moscow in 2023. It is planned that it will become an annual traditional platform for the exchange of experiences and discussion of new cooperation projects.

The report of Professor Dmitry Arseniev, Vice-Rector for International Affairs of SPbPU, devoted to the prospects of inter-university cooperation between Russia and Armenia in science and education, was the main focus of the round table. Professor Arseniev shared successful examples of implementation of long-term effective partnership, focusing on the cooperation between SPbPU and the Russian-Armenian University. During the years of fruitful cooperation, a number of scientific and educational projects and programs were implemented, a series of joint events were held, the publication activity was increased and academic and student exchange processes were intensified. The Vice-rector of SPbPU was represented by Director of Engineering-Physics Institute of RAU Hayk Sarkisyan who presented examples of scientific and technical cooperation between Polytechnic and RAU. At the end of the speeches, there was a discussion on the proposals and positive practices that were outlined in the report. 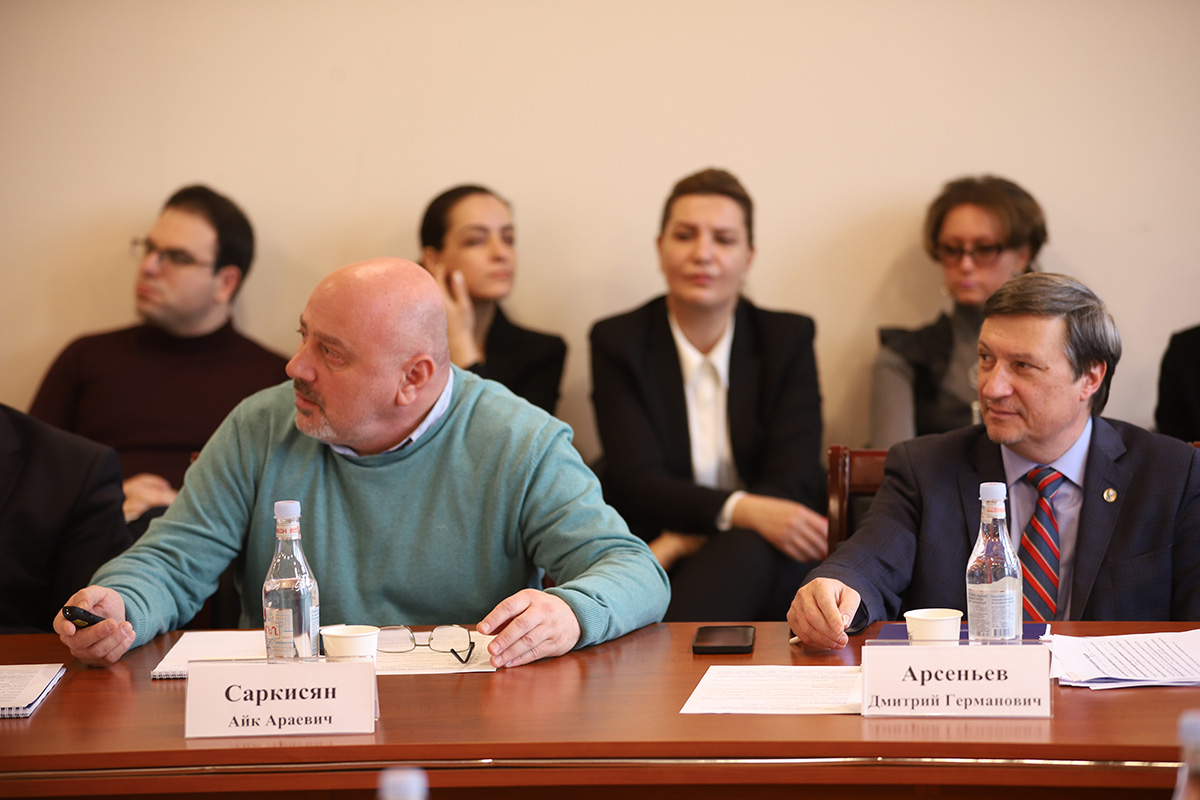 Another important event in the program of SPbPU delegation’s visit to Armenia was the 16th Annual Scientific Conference of the Russian-Armenian University, dedicated to its 25th anniversary. Sergey Kopyrkin, Ambassador Extraordinary and Plenipotentiary of the Russian Federation to the Republic of Armenia and Ashot Sagyan, President of the National Academy of Sciences of the Republic of Armenia congratulated the attendees on the significant event. Also the Vice-Rector for International Affairs of SPbPU Dmitry Arseniev delivered a welcoming speech to the participants, noting that today the RAU is the leading scientific, educational and technological center of the Republic of Armenia, occupies a leading position in education and contributes significantly to the development of friendly relations between Russia and Armenia.

A special source of pride for us is the understanding of Polytechnic University’s involvement in the successful development of the Russian-Armenian University and its becoming a driver of scientific and technological development of Armenia. Since 2014, when our universities became strategic partners, the exchange of best practices has intensified, cooperation between our scientists and teachers has reached a new level, and joint scientific and educational projects are successfully developing, stressed the Vice Rector of SPbPU. At the end of his speech, Dmitry Arseniev presented Armen Darbinyan, RAU Rector, Corresponding Member of NAS RA, RAS foreign member, with a congratulatory address from the Rector of SPbPU academician Andrei Rudskoi and a memorable gift — a bust of Peter the Great, who did so much in his time for the development of strong good-neighborly Russian-Armenian relations. 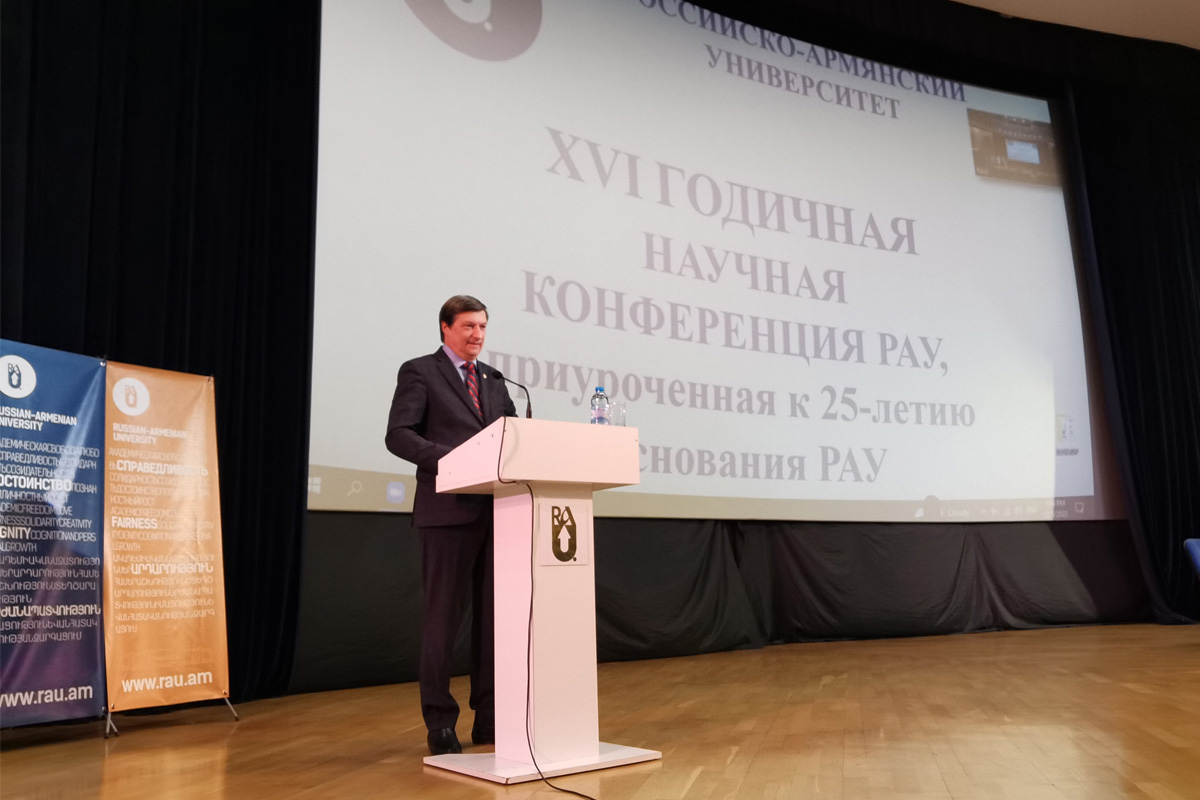 After the plenary session of the conference, RAU Rector Armen Darbinyan, RAU Vice-Rector for Academic Affairs Parkev Avetisyan and SPbPU Vice-Rector Dmitry Arseniev held talks, during which they discussed the current results of cooperation between the two universities and identified priority areas for new joint projects. A separate business meeting between the two universities was devoted to the perspectives of the RAU development program within the framework of the state project initiated by the RF Ministry of Education and Science. We would like to remind you that the Polytechnic University provides expert support within the framework of the Slavic Universities Development Program.