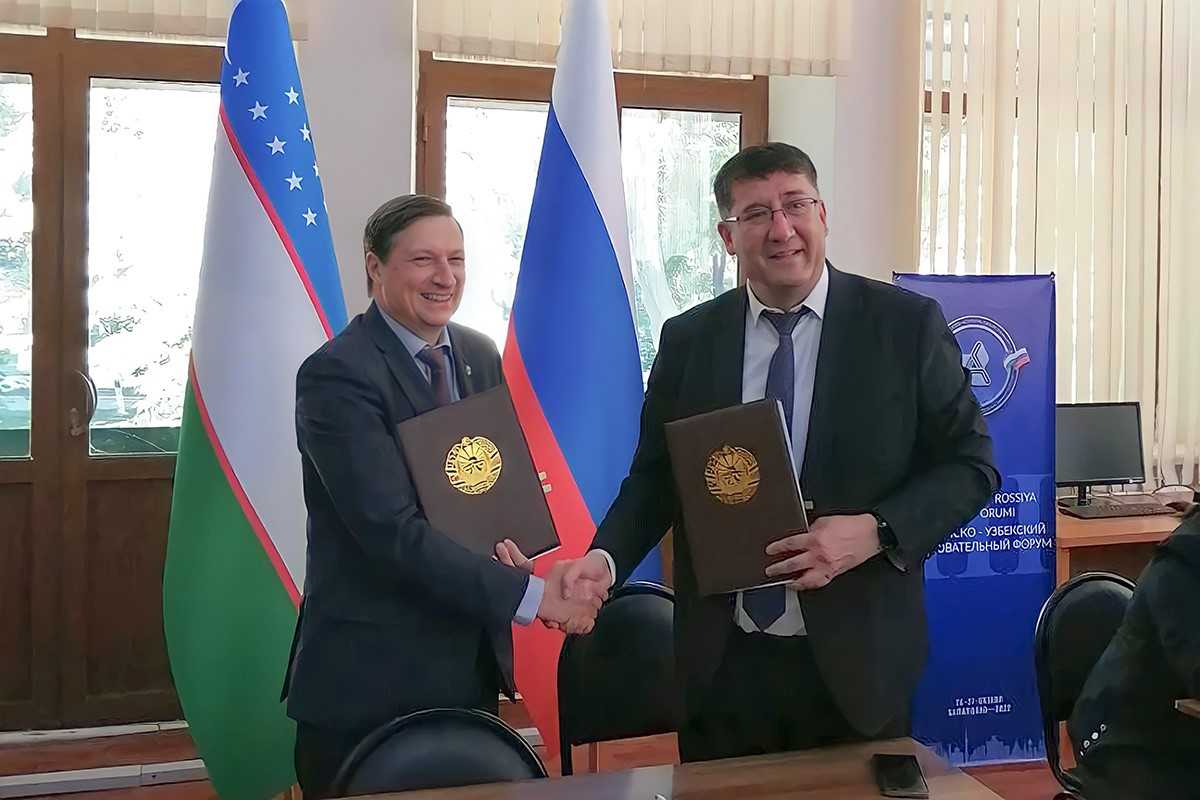 Forum brought together over 100 rectors and heads of Russian universities, who, together with their Uzbek colleagues, worked for two days on cooperation in the training of engineers, teachers for pre-school and school education, discussed the experience of Russia and Uzbekistan in creating a system of continuing education and the prospects for cooperation in university science and innovation activities. The forum was held in four sessions, the program presentations were made by the President of the Russian Rectors Union, Rector of the Lomonosov Moscow State University, Academician of Russian Academy of Sciences, Viktor Sadovnichy and Rector of Samarkand State University, Professor Rustam Khalmuradov. 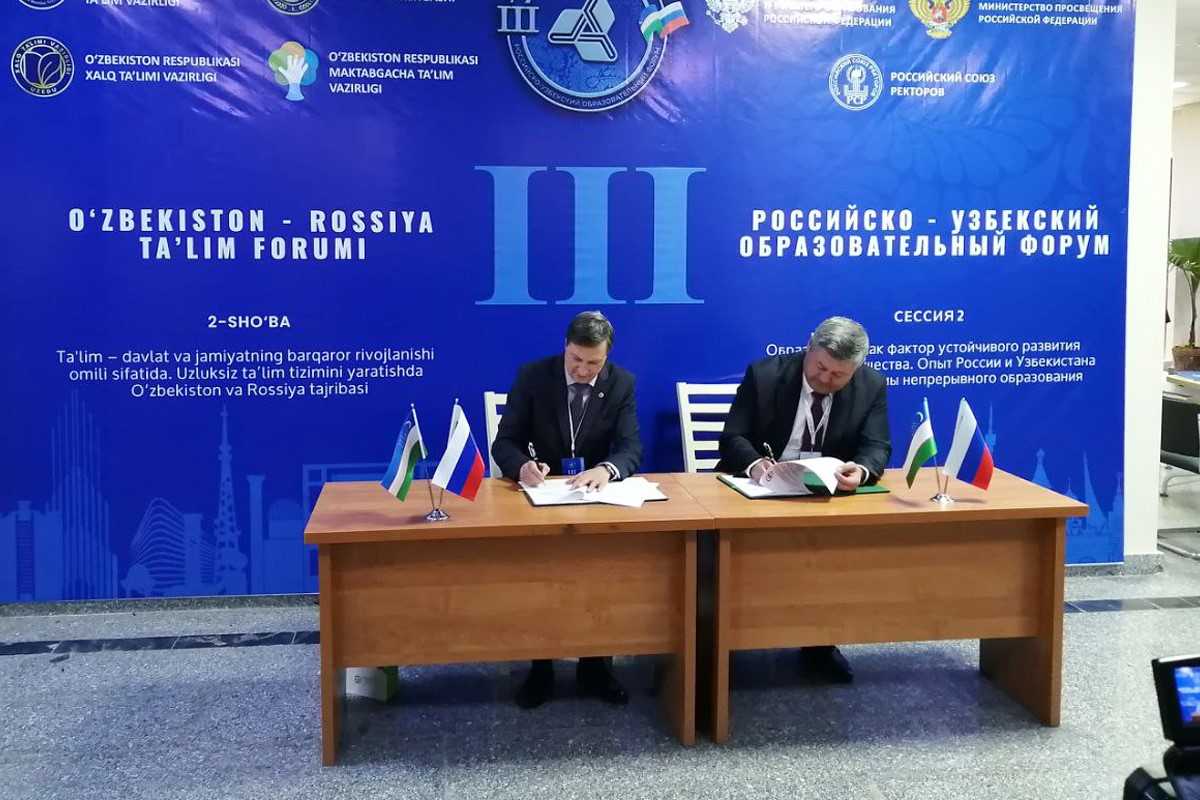 It so happens that we all live in the era of global changes and new challenges. And it is all the more valuable to see the unity of interests and common views of many contemporary tasks that unite our Russian and Uzbek colleagues. We see concrete intentions to implement joint projects and educational programs, exchange experiences and help each other. I am sure that the partnership agreements that Polytechnic University has signed with the leading universities of Uzbekistan will strengthen this productive cooperation and achieve tangible results, commented Rector of SPbPU, RAS Academician Andrei Rudskoi

Polytechnic University was represented at the Russian-Uzbek Educational Forum by the Vice-Rector for International Affairs, Corresponding Member of the RAS Dmitry Arseniev and the Head of the International Academic Cooperation Department Ekaterina Belyaevskaya. In the framework of the rich program, more than 10 business meetings with the management of Uzbek universities were held and 5 agreements on cooperation were signed. 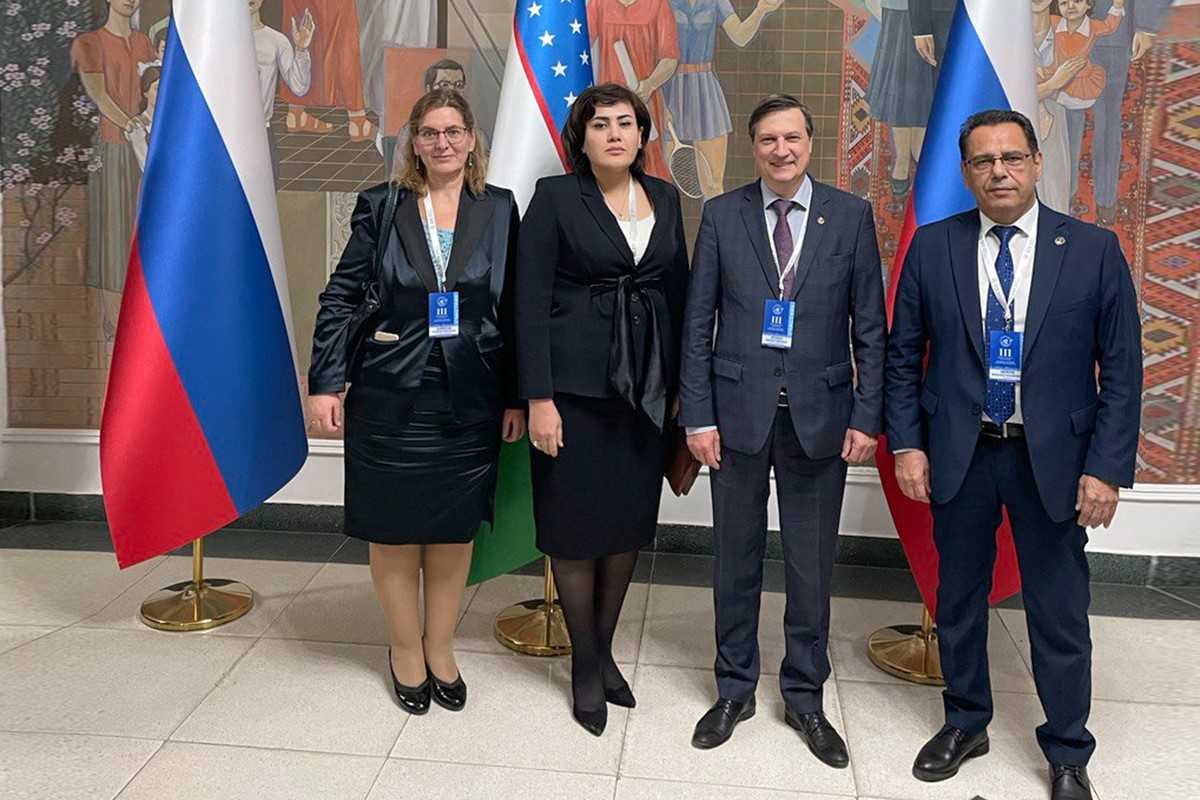 A roadmap for directions of the Institute of Mechanical Engineering, Materials and Transport and the Institute of Electronics and Telecommunications was signed with Tashkent State Technical University. The universities also plan to hold international competitions in robotics and radio engineering, and to implement programs of additional education, internships and joint postgraduate studies. 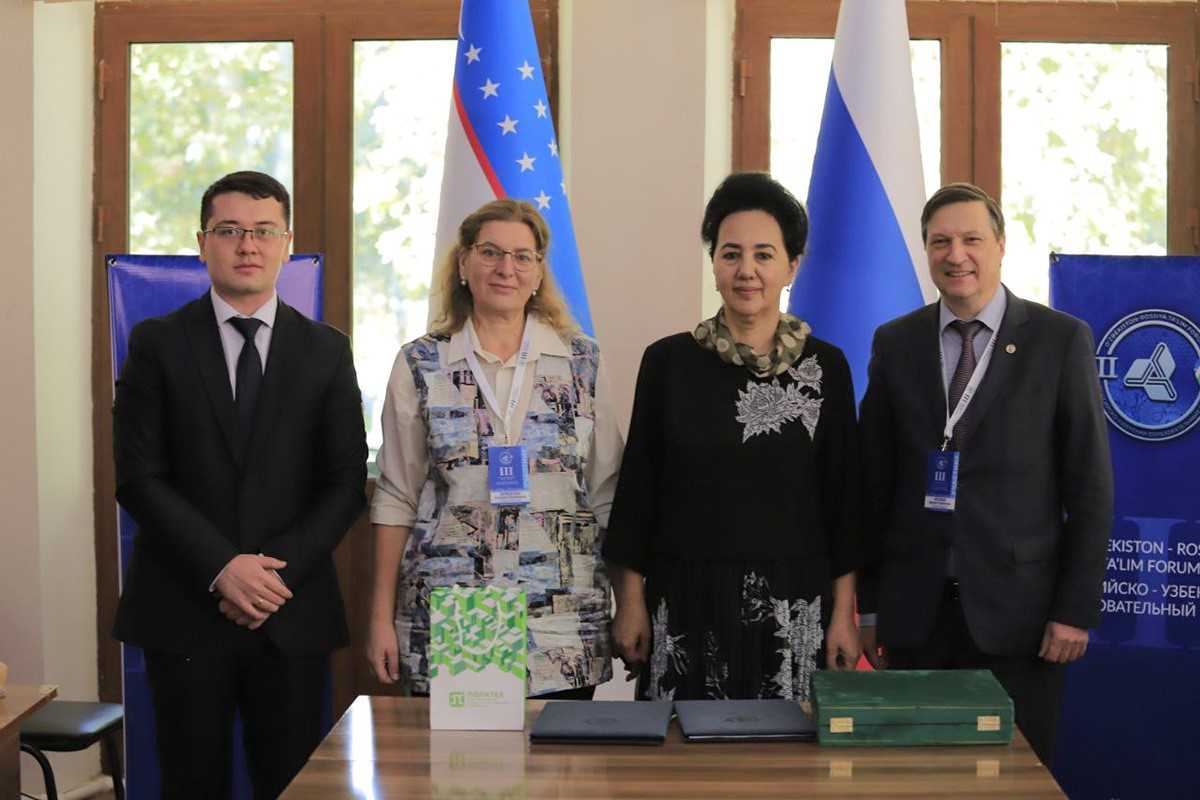 Two more general partnership agreements were signed by Polytechnic with the Samarkand Institute of Economics and Service and the Uzbek State University of World Languages. The parties plan to expand cooperation in scientific and educational areas and are also actively negotiating the creation of joint network educational programs in the field of intellectual systems in the humanities.

In recent years, Polytechnic University has paid special attention to the development of contacts with the Republic of Uzbekistan. The Russian-Uzbek Educational Forum, which was held for the third time, has become a large-scale platform for productive dialogue and actualization of the state of affairs, noted the Vice Rector for International Affairs Dmitry Arseniev, great preparatory work has been done, key areas of cooperation with each particular university have been identified, roadmaps have been drawn and worked out. We see significant prospects for further implementation together with our Uzbek partners. 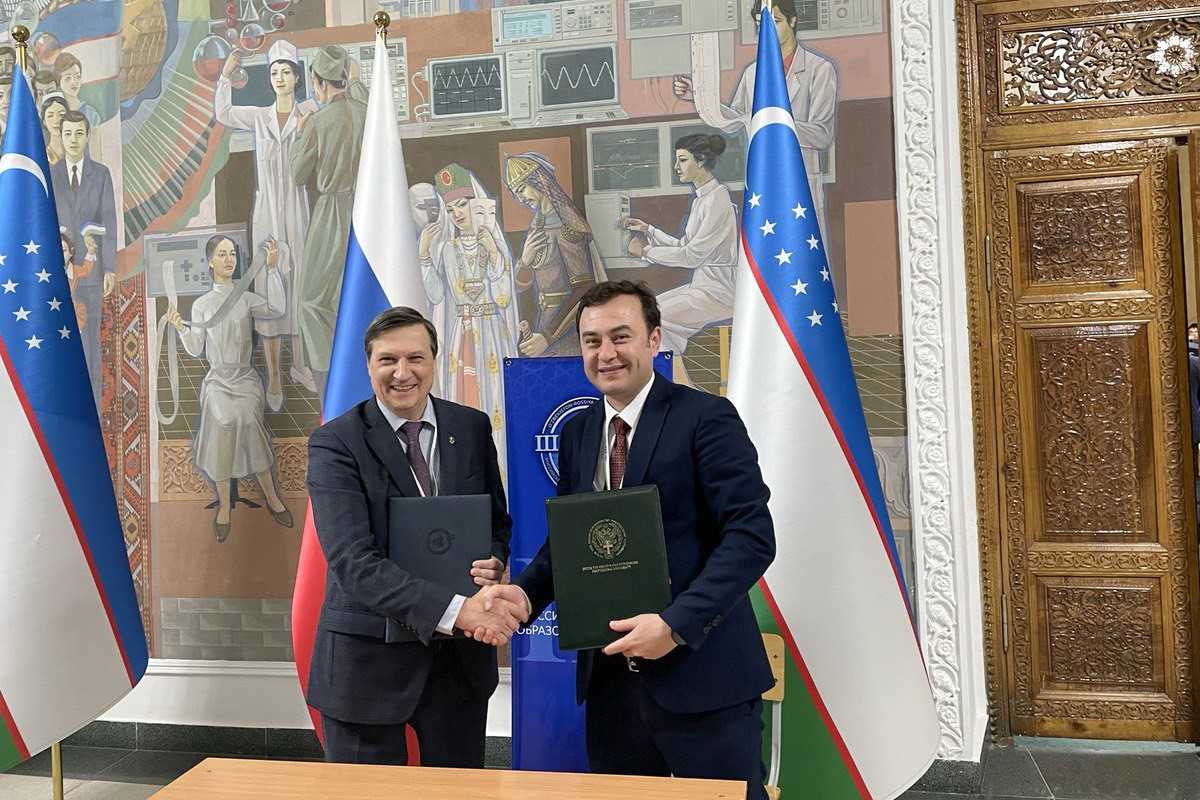