The international conference and exhibition QS WORLDWIDE took place in Nizhny Novgorod from 29th September to 1st October for the first time in Russia. The organizers of the event were the Ministry of Education and Science of the Russian Federation, QS Asia (a branch of the consulting company Quacquarelli Symonds that compiles global universities rankings. – Editor’s note), the Project Office of 5-100-2020 Program (a project aimed at enhancing competitiveness of Russian universities among the leading science and education centers of the world), and Lobachevsky State University of Nizhni Novgorod. The delegation of Peter the Great St. Petersburg Polytechnic University headed by D.G. Arseniev, Vice-Rector for International Relations, took an active part in the event.

Around 400 representatives of the leading universities from 35 countries were present at the conference. Among them were Rectors and Vice-Rectors, Presidents and Vice-Presidents of Russian and foreign universities and the leading experts in the field of education. A.B. Povalko, Deputy Minister of Education and Science, took part in the opening ceremony. According to him, such events attended by talented people help to “move ahead and develop faster”. “Russia is a vast country, from the point of view of its history, geography and the number of population. When you live in such a country, it seems that it is the whole world but it is not so. The world around us is also huge and we are gradually becoming more open, we are discovering something new, moving ahead and developing”, said A.B. Povalko. 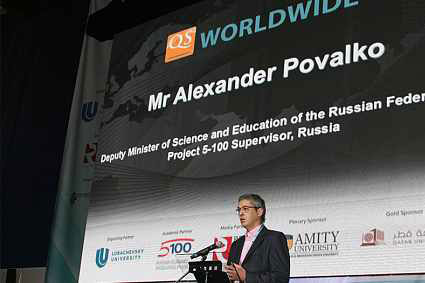 Ms. Mandy Mok, CEO of QS Asia made a speech at the conference. Ms. Mok emphasized the fact that it is a unique global event aimed at internationalizing higher education in Russia and Central Asia, and “universities should interact in spite of external conditions”.

At the plenary session D.G. Arseniev spoke about the vast experience of the Polytechnic University in the sphere of implementing international educational programs; his presentation was called “Developing and Implementing International Educational Programs in English in Partnership with the Leading Foreign Universities”. D.G. Arseniev said that developing English-based educational programs is a world trend. The biggest part of such programs at the Polytechnic University are master’s degree programs (the total number is 21), however, there are also bachelor’s degree and postgraduate ones. In addition, the Polytechnic University also offers the International Polytechnic Summer School, semester programs, joint degree programs in English. They are all implemented togethere with the strategic partners of SPbPU, i.e. the leading universities from Germany, Finland, Great Britain, the Netherlands and other countries. 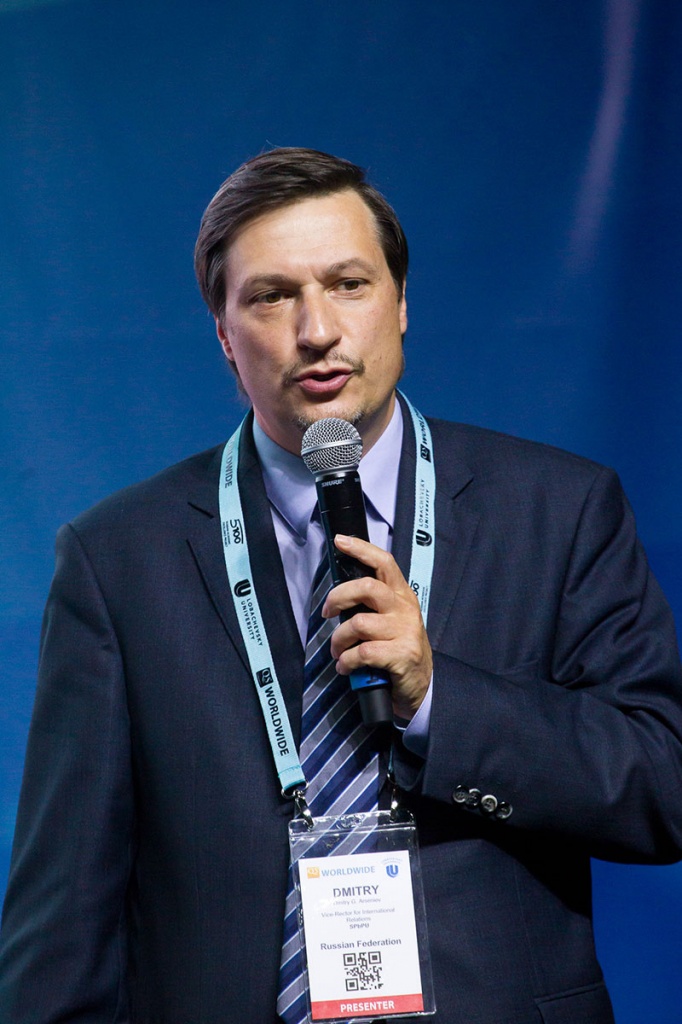 The Institute of International Educational Programs was established at the Polytechnic University in 1996 and since then integrated programs have been implemented in partnership with the universities of Europe and the USA. The European credit transfer and accumulation system (ECTS) is used in all international educational programs, which enables our students, both Russian and foreign, to transfer the academic results of all study periods and exams taken abroad. The Vice-Rector mentioned that the number of the international educational programs has increased six-fold since the time they were set up. The number of foreign students has increased respectively; at the beginning there were only 6% of the total number of students at SPbPU and now there are more than 12%.

One of the popular learning formats chosen by foreign students at the Polytechnic University is summer school. Thus, in 2015 422 students from 37 countries took part in summer schools. Besides, our educational programs are scheduled at various periods of the academic year: for example, there are programs in May, June-July, September.

In addition, there are semester programs in English, 12 altogether. Various teaching methods are used, such as discussions in groups, case studies, visits to industrial companies, etc. 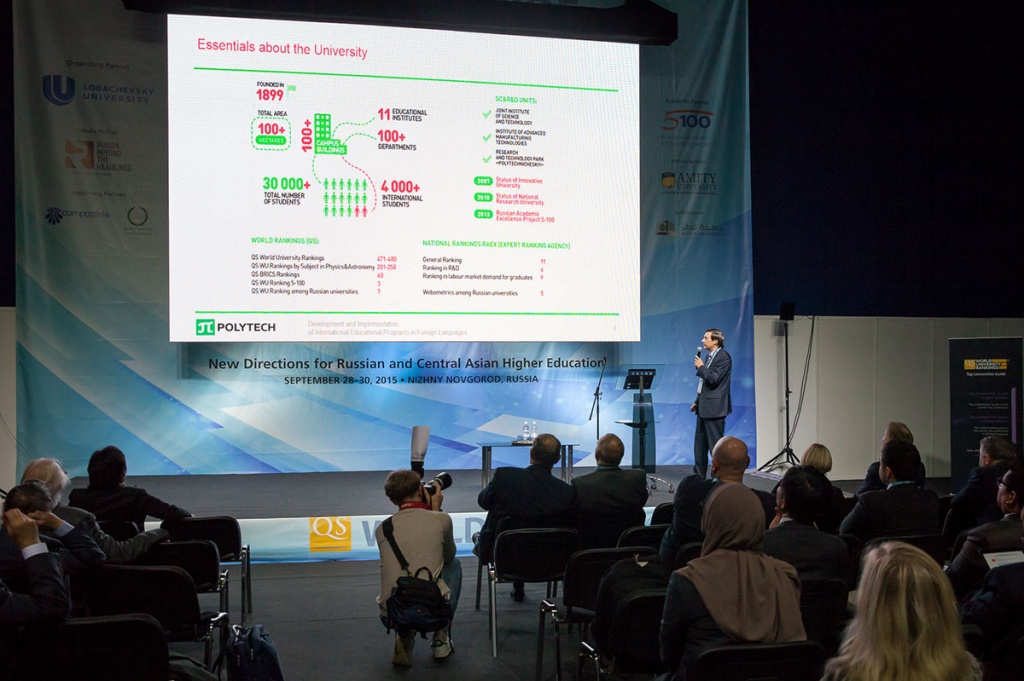 In conclusion, D.G. Arseniev said that developing international programs is a costly process. The first programs were financed by SPbPU. 5-100 Project has become a great opportunity to develop such programs, as well as international foundations supporting international cooperation in the sphere of education, such as Erasmus, Tempus, DAAD, etc. “The main challenges for our University are the necessity to attract foreign students along with enabling Russian students to gain unique experience and the best practices in the leading universities of the world during internships and joint programs”, summarized the Vice-Rector for International Relations.

It is worth mentioning that the conference was rich in events and fruitful discussions. Among the main topics were building world-class universities in Russia, Central Asia and Eastern Europe; the global market of higher education – trends, strategies, key events; ranking strategies; international academic mobility of lecturers and researchers; research and innovative activities of universities, etc. There were speakers from all BRICS countries, as well as from Great Britain, Belgium, the Netherlands, Turkey, Kazakhstan, Taiwan (Chinese Taipei), the Republic of Korea, Japan, Malaysia, Singapore, the Philippines and Australia. An exhibition of the leading Asian universities, with which the Polytechnic University is planning to cooperate, also took place during the conference.