On March 5, 2018, Full member of the British Scientific Royal Society (FRS), Member of the Royal British Academy of Engineering (FREng), Member of the Indian National Engineering Academy (FNAE), Professor of the Faculty of Materials Science and Metallurgy of Cambridge University, member of the international scientific council of NRTU MISiS Harry BHADESHIA (Harshad Bhadeshia) visited Peter the Great St. Petersburg Polytechnic University. He was honored with the dignity of Knight Bachelor as the highest recognition by the United Kingdom of his research work in the sphere of creation of new materials. Sir Harry BHADESHIA came to St. Petersburg to deliver a lecture to Polytechnic students and professors on the topic of “Design and large-scale use of nanostructured steel.” 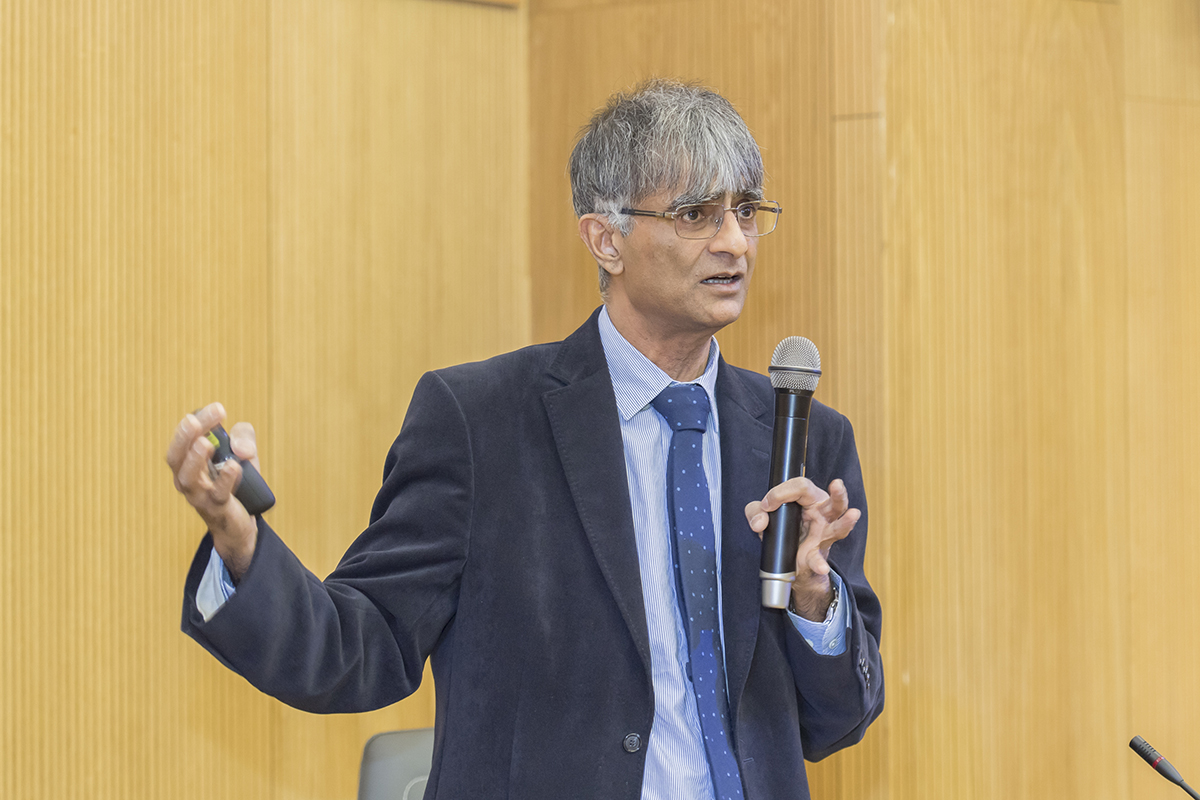 Prior to his presentation, professor BHADESHIA met with the leaders of our University. Vice Rector on Research V.V. Sergeyev presented Polytechnic University and told about R&D projects implemented at the university, the laboratory base and other things. 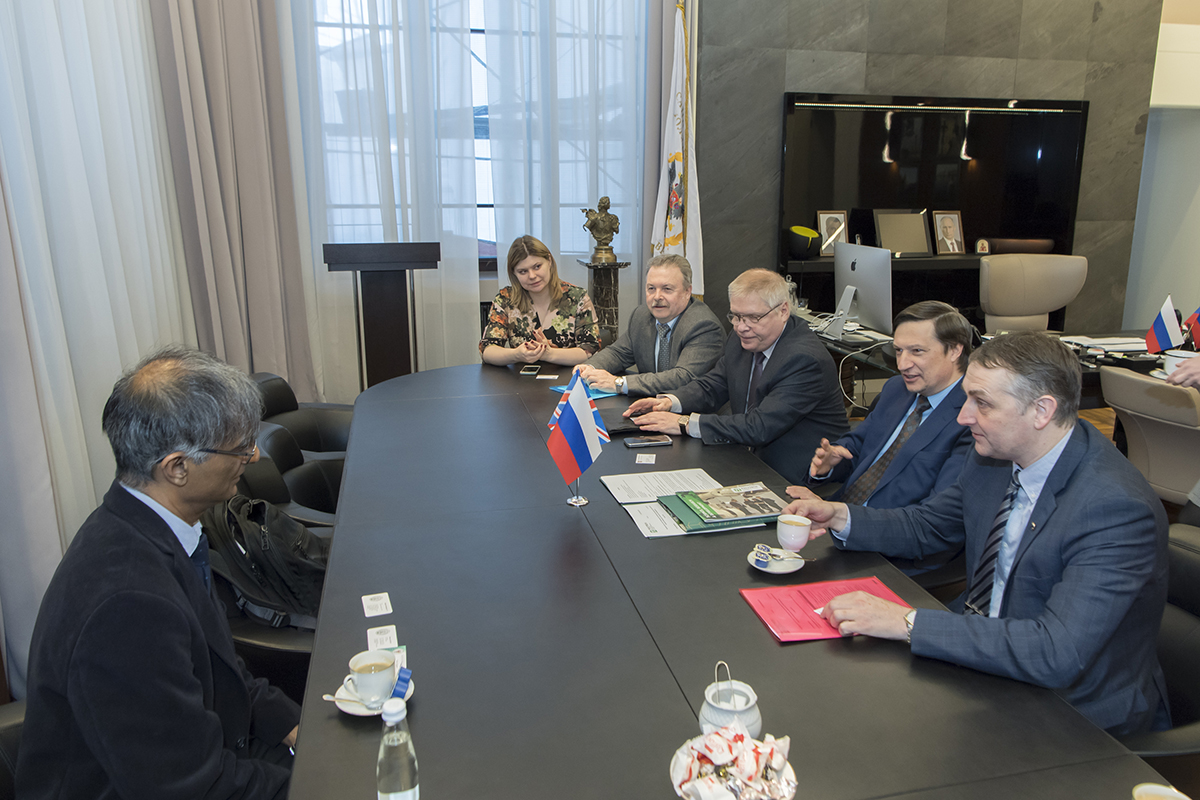 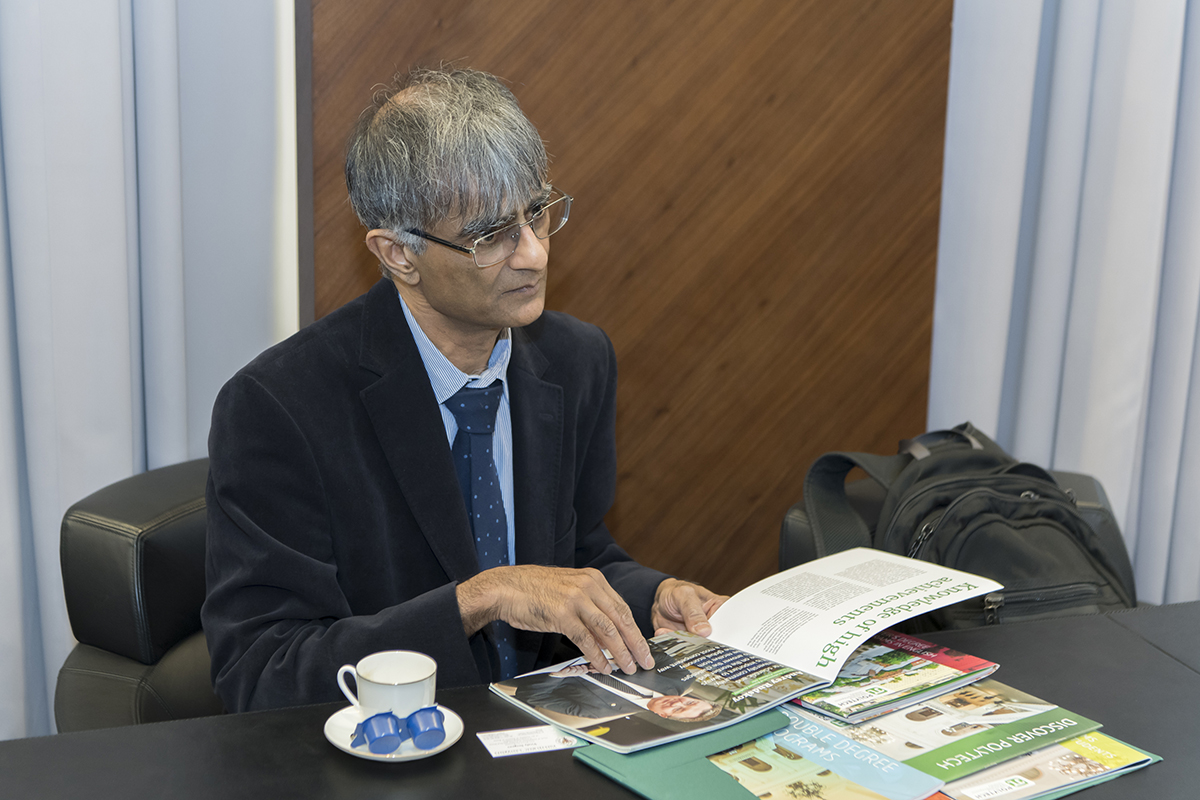 Vice Rector on International Activities D.G. Arsenyev told about the visit to Cambridge of the official Polytechnic delegation and cooperation with universities of the Great Britain. The vice rector pointed out that our Universities has several Master’s degree programs on material engineering taught in English. In connections with that the vice rector proposed to go on with academic mobility of undergraduate and postgraduate students. 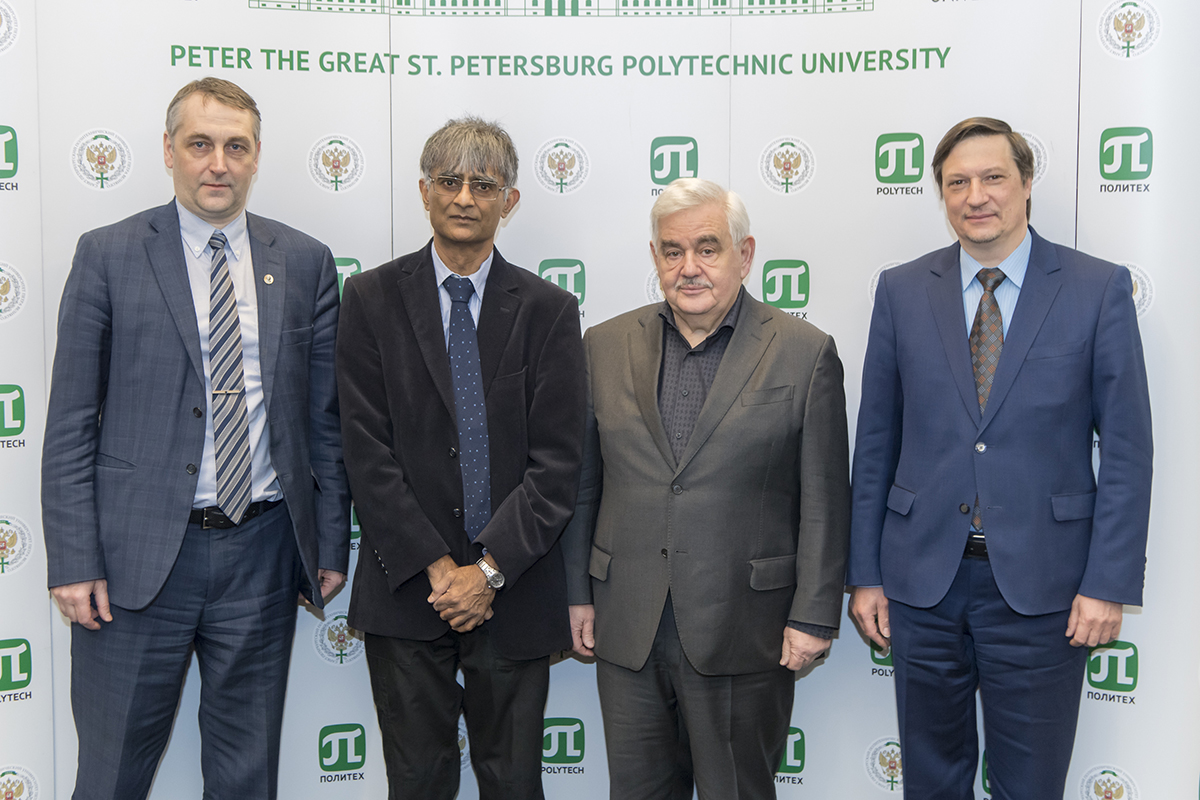 “Five years ago we started to invite foreign professors on regular basis. Presently, more than 200 scholars from various countries of the world are our invited professors. Each week, one of them delivers an open lecture to students,” Arsenyev told and expressed his hope that the lecture of Harry BHADESHIA might give a start to cooperation between Polytechnic and Cambridge Universities. 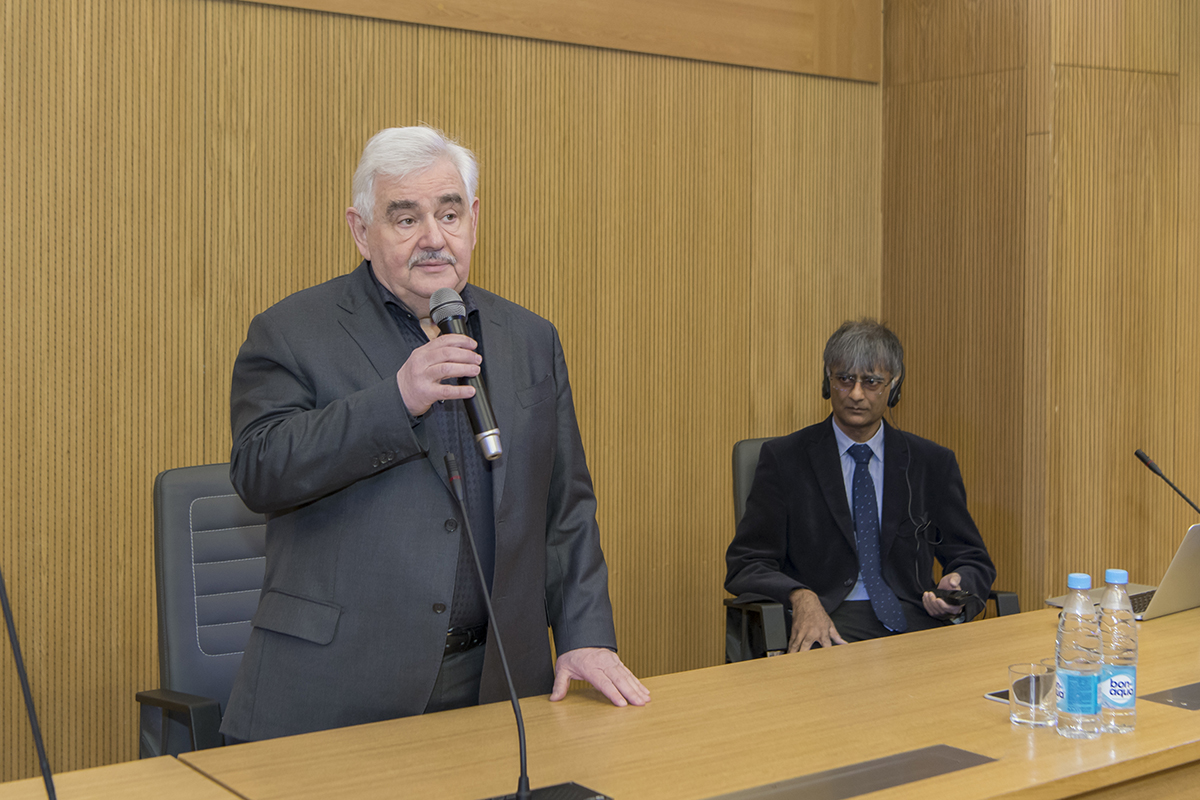 The lecture at Polytechnic took place within the frame of the School-Workshop of Young Scholars dedicated to the “Modern Methodology of Studies in Mechanics and Material Engineering,” sponsored by the Mekhanobr Tekhnika Research and Engineering Corporation (REC). Curator of the School, Chairman of the Directors Board and Academic Director of Mekhanobr Tekhnika REC, Academician RAS L.A. VAISBERG introduced the speaker to SPbPU students and professors. 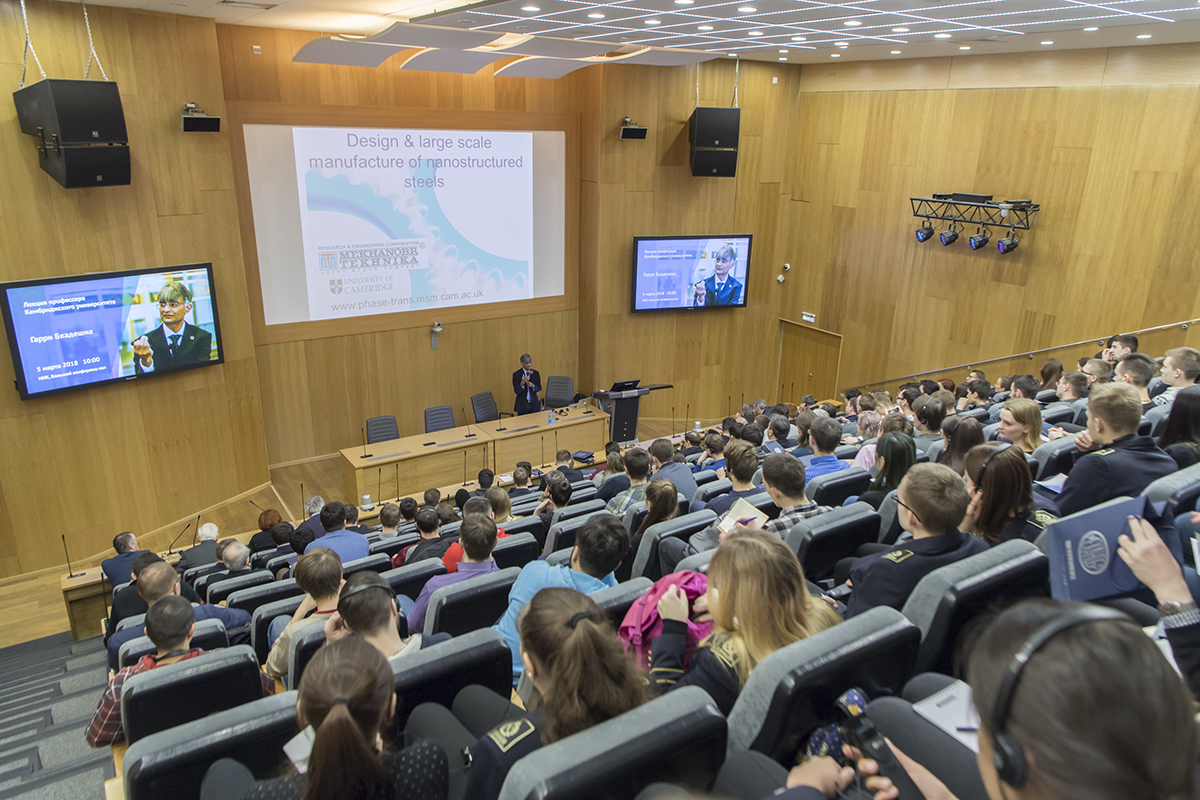 “If you cannot work with metal, you might become unemployed in the future,” Sir Harry BHADESHIA started his lecture with a warning. The professor believes that steel is one of the most complicated materials though one of the most stable ones; more importantly, there is an endless number of ways of dealing with it. Harry BHADESHIA told about creation of the technology for production of super bainite, a material combining increased strength and hardness with high plasticity, and also about the bainite steel alloyed with silicon. 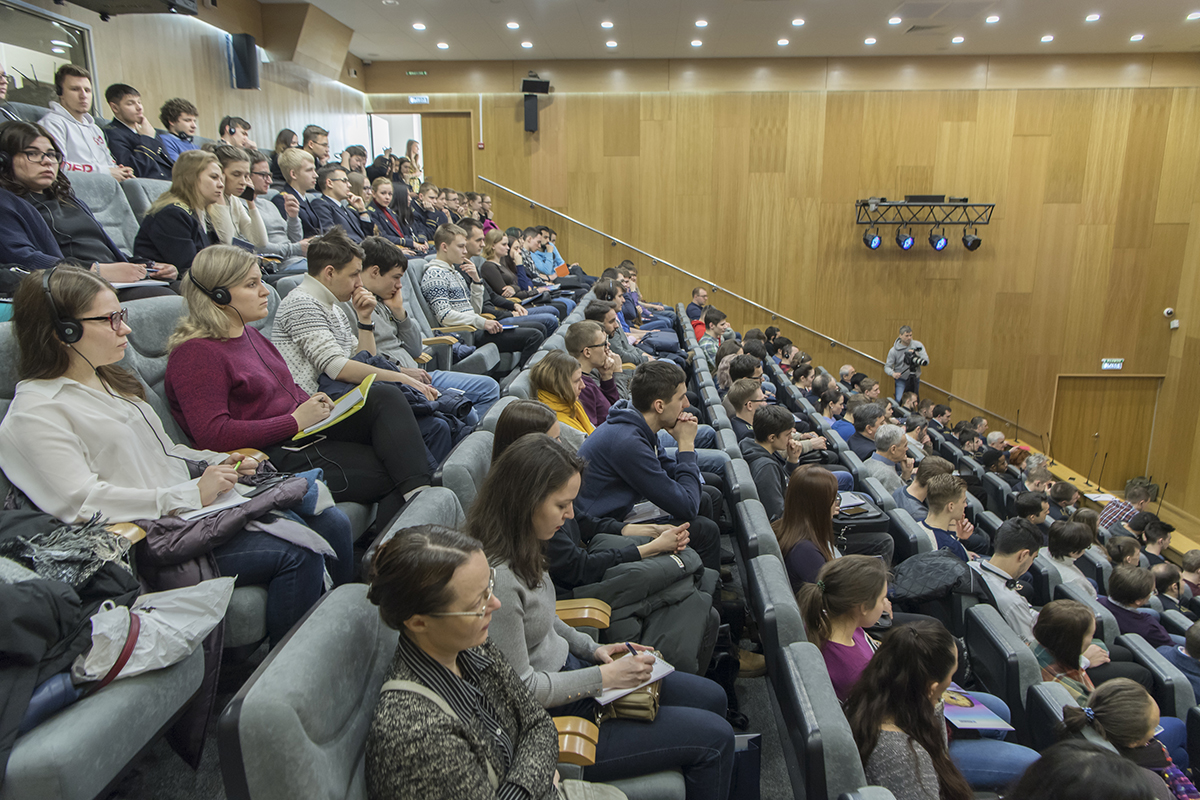 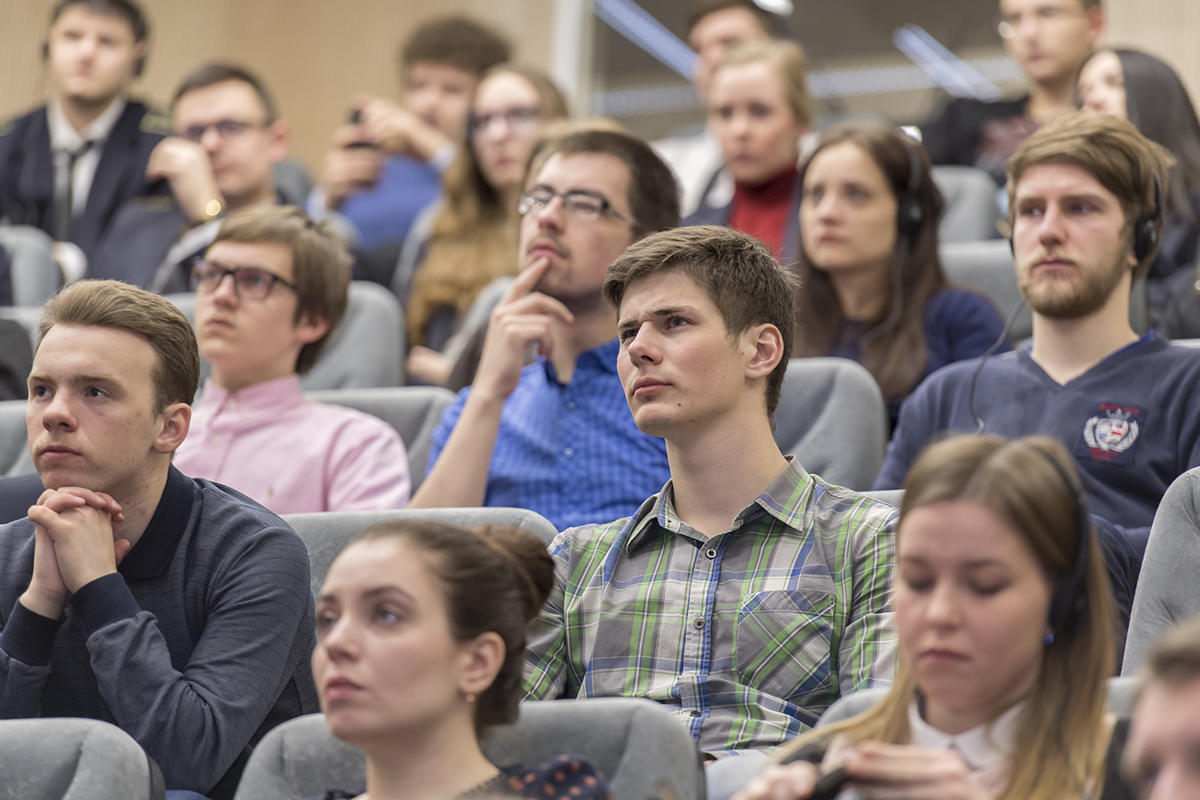 The lecture of the scholar generated a true interest: after the lecture, Harry BHADESHIA was asked lots of questions about the technological features of his method, his researches, and specifics of researches of new alloys, and many other things. It is worth mentioning that not only Polytechnic students could listen to the lecture but also public at other universities in several cities of Russia. The lecture was live streamed, and about one thousand people could watch is through VKontakte within the frame of the “Lecture Hall of the Ministry of Education” project.