As part of the 19th Session of the Russian-Chinese Subcommission on Scientific and Technological Cooperation of the Commission on Preparation of Regular Meetings of the Heads of Government, on October 27 the Ministry of Education and Science of the Russian Federation housed a roundtable discussion on scientific and technological cooperation dedicated to the development of bilateral relations in the field of innovation.

More than 100 delegates from various ministries, universities, research institutes, and companies participated in the discussion on the part of Russia. 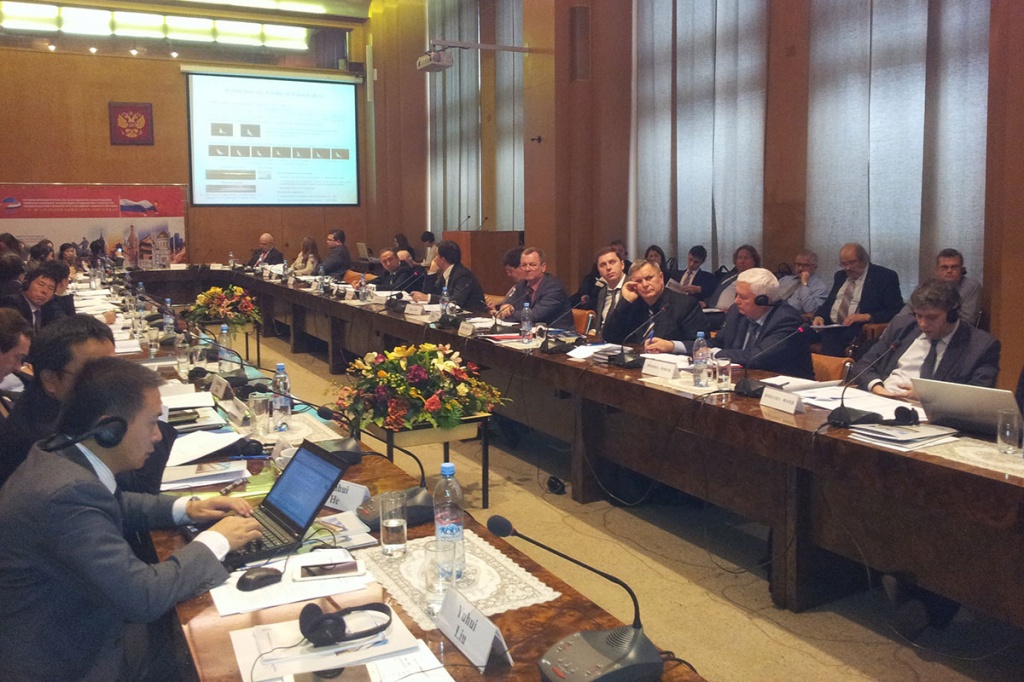 On the part of China, there were around 40 delegates from the Ministry of Science and Technology of the People's Republic of China, provincial authorities, and cities where areas for the development of new technologies have been created and now expanding, as well as leaders of various hi-tech companies.

SPbPU delegation headed by D. G. Arseniev, Vice-Rector for International Relations, propounded joint Russian-Chinese projects that are being currently implemented as well as long-range projects for the Joint Program for Scientific and Technological Cooperation between the Russian Federation and the People's Republic of China. 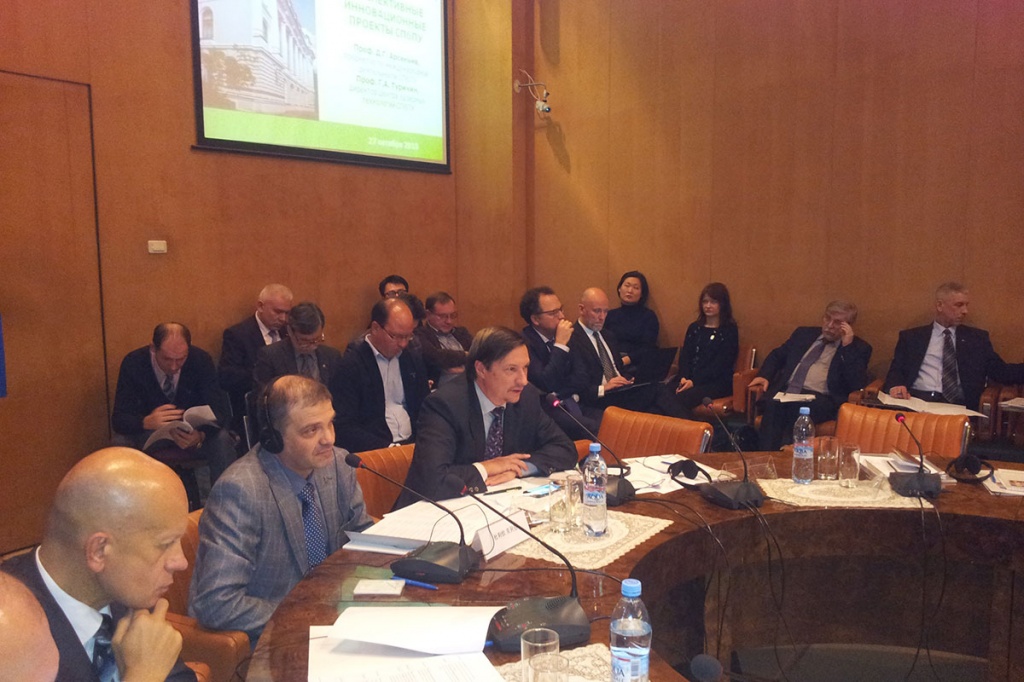 "Peter the Great St. Petersburg Polytechnic University cooperates heavily with 25 universities in different regions of the People's Republic of China. Tsinghua University and Zhejiang University are strategic partners of our university. SPbPU is popular with Chinese young people: about 1200 Chinese students study here. The Institute of Power Engineering and Transportation is currently developing a high-speed railway project in cooperation with Tsinghua University and the Ministry of Transportation of the People's Republic of China. The Institute of Metallurgy, Mechanical Engineering and Transport is implementing a project on functional materials and new energy sources in cooperation with the Harbin Institute of Technology and the Chinese company TSE. We propose 11 long-range scientific projects for joint implementation with our Chinese colleagues," Dmitry Germanovich Arseniev stated in his speech.

The Chinese colleagues were particularly interested in the report "Advanced industrial laser and laser-arc technologies for welding and surfacing non-ferrous metals" given by G. A. Turichin, Professor, Head of the Laser Technologies Center of SPbPU. Professor Turichin presented three projects and proposed them for joint implementation. These projects caught the eye of Mr. Zhu Xiao, Head of the Laser Association of the Chinese Optical Valley (Wuhan), Director of the National Engineering Research Center for Laser Processing at Huazhong University of Science & Technology (Wuhan) and Mr. Zhu Yun, Deputy Director of the Center for Chinese-Russian Scientific and Technological Cooperation of the Hubei province, Representative of the Jiyuan company (Wuhan). The parties agreed that delegates from the Chinese Optical Valley and the Institute of Plasma Physics of the Chinese Academy of Sciences should visit SPbPU in the near future to discuss particular projects for scientific cooperation.

Other participants of the roundtable discussion also expressed an interest in cooperation with SPbPU: for example, A. G. Kovalyov, CEO of the Russian branch of the Chinese corporation Inspur.

Proposals and long-range projects presented in the course of the roundtable discussion were included in the digital catalogue that will be integrated in the Joint Program for Scientific and Technological Cooperation between the Russian Federation and the People's Republic of China. Moreover, at the end of the discussion delegates from the Ministry of Education and Science offered our university to present their developments at the hi-tech exhibition in Shenzhen (China).

At the end of the roundtable discussion, Chinese delegates claimed that it was extremely effective, and the quality of the projects was high. The participants are looking forward to most of the presented projects being granted financial and organizational support.