Peter the Great St.Petersburg Polytechnic University held a range of large-scale events in cooperation with its key partner in China - Tsinghua University. Both universities leaders held a ceremonial inauguration of the Joint Laboratory of Aerospace Engineering and Electronics and signed a renewed Agreement on Strategic Partnership. Academician of the Russian Academy of Sciences, SPbPU Rector Andrei Rudskoi delivered a lecture within the frameworks of a prestigious project “Tsinghua Global Vision Lecture”. The speakers of the project once were the President of the Massachusetts Institute of Technology L. Rafael Reif, the President of the Harvard University Drew Faust, the President of the Imperial College (London) Alice Gast, a former Vice-Chancellor of the University of Cambridgeс Sir Leszek Borysiewicz and many others. 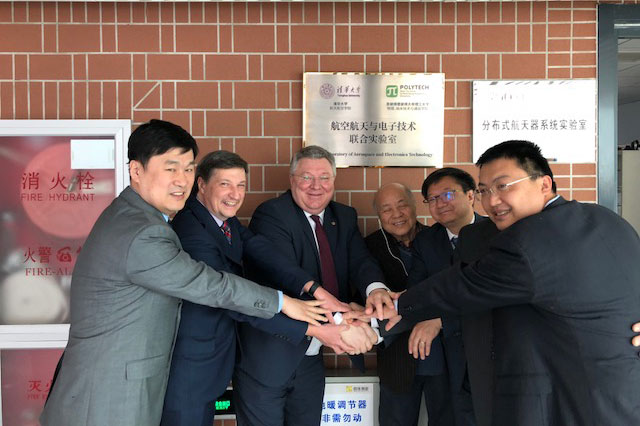 The day started with the ceremonial inauguration of the Joint Laboratory of Aerospace Engineering and Electronics within the Programme of the International Research Centres of China. “New joint laboratory gives great and new opportunities to our scientists. The best researchers of both our universities will get united in order to develop navigation space technology systems, systems of monitoring the unpiloted flying apparatus and new energy transformers and contribute to the most significant issues in modern science. I am certain that such cooperation will give us an opportunity to consolidate our strengths in order to bring research results to implementation in industrial sphere”, – commented SPbPU Rector Andrei Rudskoi. 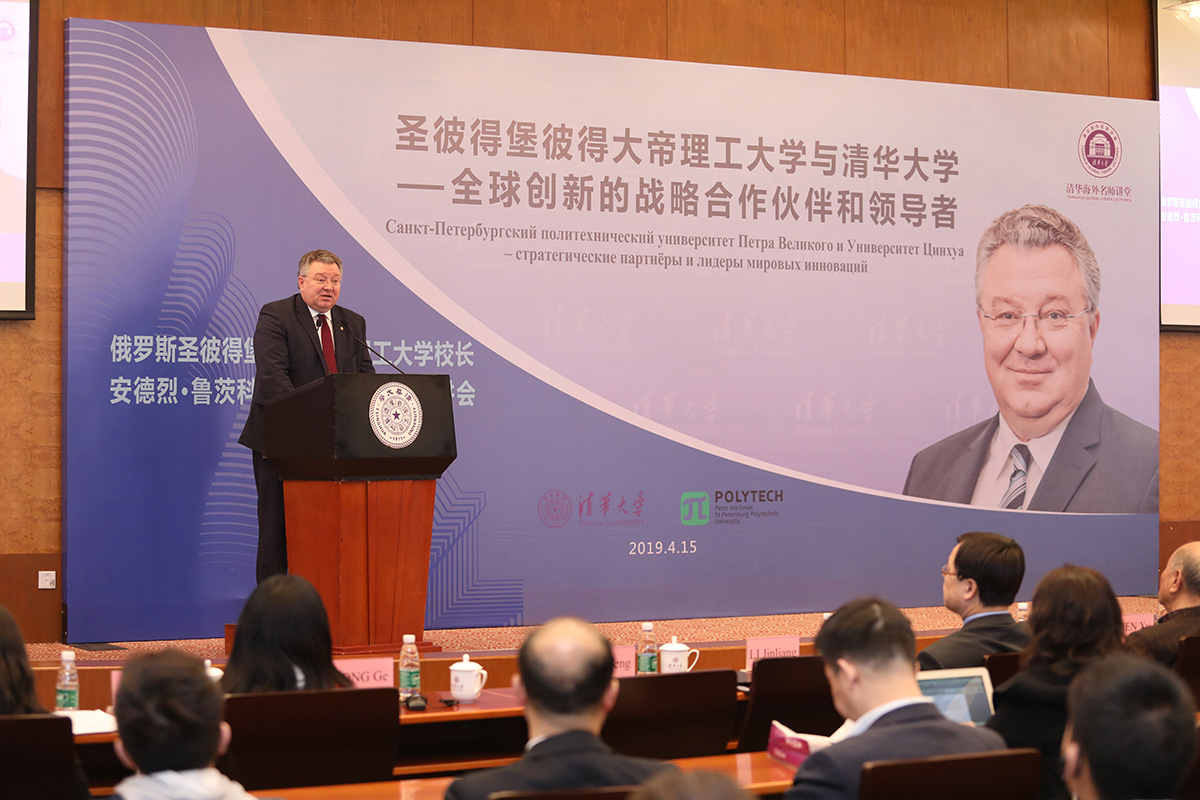 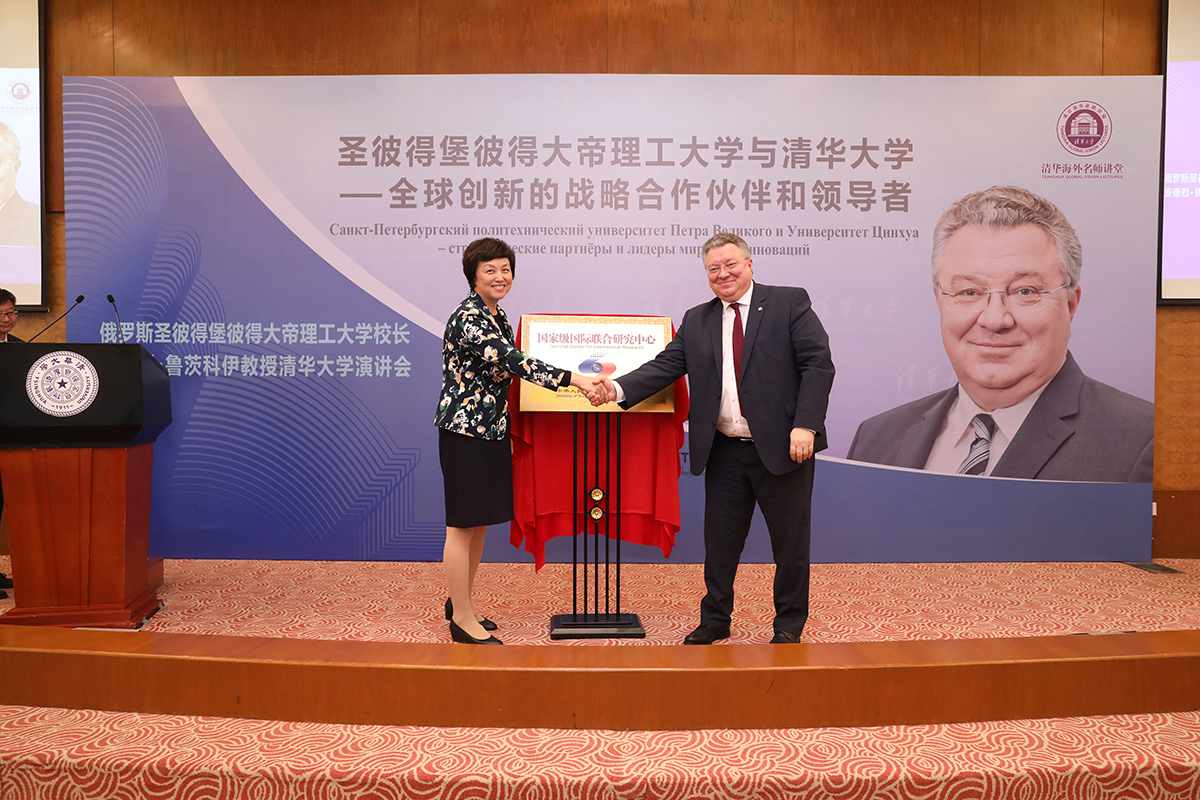 Tsinghua University became one of the first foreign partners of the Polytechnic University in China. It is important to underline that many Chinese graduates of SPbPU became well-known representatives of the scientific world in China - for example, the Rector of Tsinghua University from 1983 to 1988, Gao Jinde got his education at the Polytechnic University. And this is just one of many examples of the successful scientific career of Chinese graduates of the Polytech. Among the professors of Tsinghua University there is a range of SPbPU Honorary Doctors. In particular, this title was awarded to the Chairman of the Council of the Chinese University, Chen XU. Chen XU and SPbPU Rector signed an updated agreement on strategic partnership between universities. 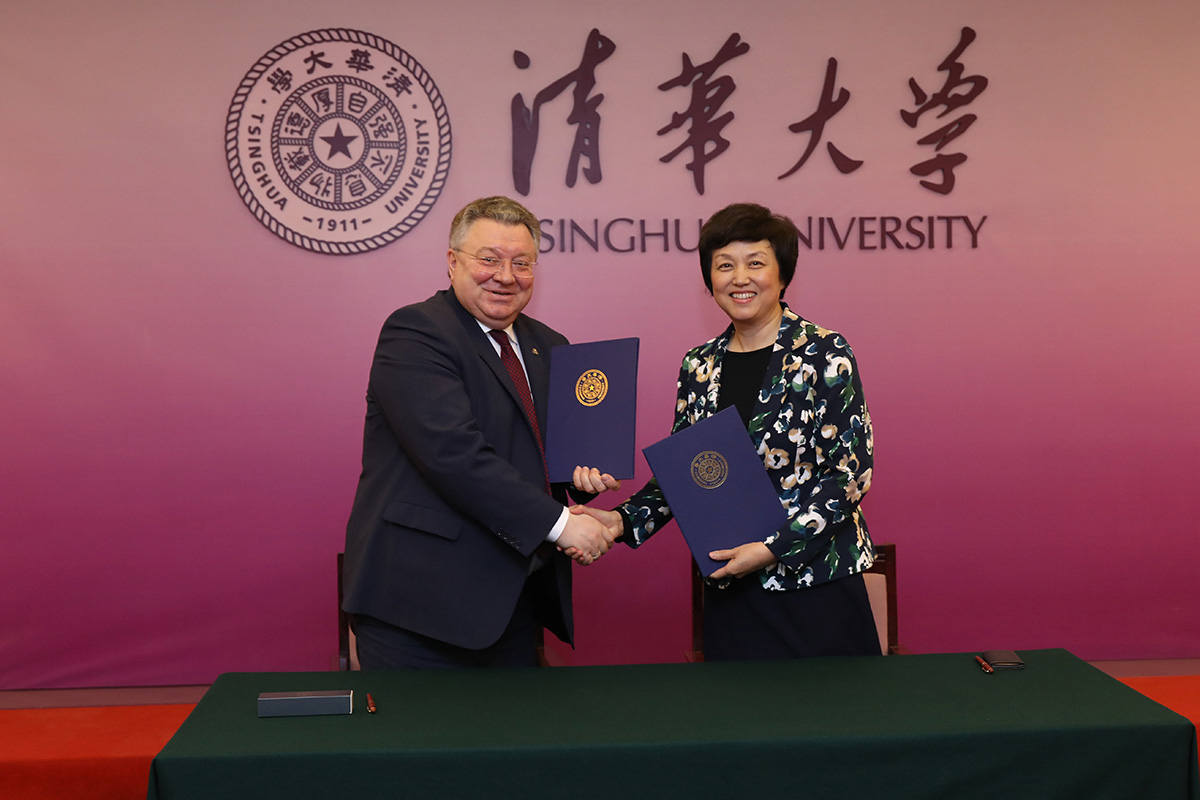 During the negotiations on the further plans both universities leaders agreed on continuing developing students exchanges. As a confirmation of agreements reached SPBPU Rector provided certificates for participation in the Polytech Summer School for the students of Tsinghua University.

After the solemn ceremony of signing the agreement Rector Andrei Rudskoi delivered a lecture. The global project “Tsinghua Global Vision Lecture” invites globally recognized world leaders to take part and traditionally gathers large audience consisting of professors, staff and students of Tsinghua University. Lecture by SPbPU Rector “Peter the Great St. Petersburg Polytechnic University and Tsinghua University - strategic partners and leaders of world innovation” was not an exception and drew much attention at the Reception Hall of Tsinghua University

SPbPU Rector paid special attention to joint scientific, educational and industrial projects between Polytech and Tsinghua University. Such projects are giant steps towards the technological future.

“China is one of the key strategic partners of the Russian Federation, – Andrei Rudskoi underlined in his speech. – In bilateral efficient cooperation we can see strengthening the power of both our countries as well as increase in competitive advantage and unlimited opportunities for implementing great plans which will contribute to the overall community”.

SPbPU Rector underlined that our universities as leaders of the global education have a significant task – to provide for sustainable development of the community as well as creation of new technologies and their implementation. Andrei Rudskoi told about a range of breakthrough SPbPU projects in his speech. After the lecture he was awarded a tablet of Tsinghua Global Vision Lecture. For his contribution to the development of international cooperation Andrei Rudskoi was awarded to become an Honorary Professor of Tsinghua University. The awarding ceremony will be held this year in June. 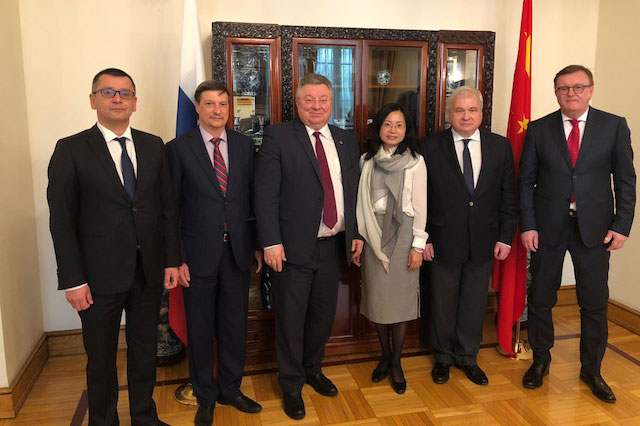 At the end of the day SPbPU delegation was invited by the Ambassador of the Russian Federation in China Andrei Denisov to visit the Embassy of the Russian Federation in the People’s Republic of China. At the meeting the parties discussed cooperation prospects and opportunities for development. “At the moment SPbPU is implementing over 20 large research projects with leading Chinese universities and companies, - underlined Andrei Rudskoi – and we are going to enhance our cooperation”

Development of partner relations between Russia and China will become a key focus of the Forum “One belt – one road”. The Forum is planned to be held in Beijing on April 26-27. The President of the Russian Federation Vladimir Putin will take part in the Forum.