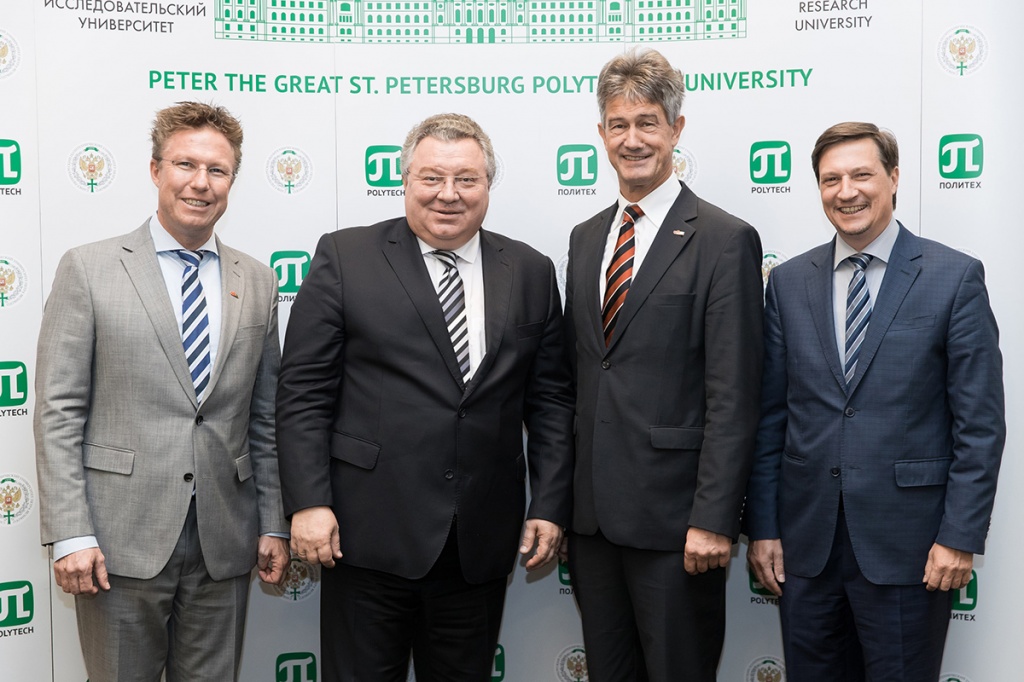 The delegation was headed by the Rector of TU Graz Harald KAINZ and the Vice-Rector for Education Detlef HECK. The honored guests arrived in St. Petersburg to discuss the directions of mutual interests with SPbPU Rector, the Academician of the Russian Academy of Sciences, Andrey RUDSKOY. As well the delegation had a series of negotiations with representatives of several SPbPU institutes and departments.

The programme of the Austrian delegation began with a visit to SPbPU Institute of Civil Engineering (ICE). ICE Director Nikolay VATIN welcomed Prof. Harald KAINZ and Prof. Detlef HECK. ICE representatives gave the presentation about the structure of the Institute of Civil Engineering, educational programmes and projects and development prospects. The parties also discussed the prospects for the development of a Double Degree programme in the field of “Civil Engineering” and the possibilities for developing academic mobility programmes for students and faculty of both universities. Associate Professor of the Department “Construction of unique buildings and structures” Marina ROMANOVICH presented the achievements of the department in the field of project management. 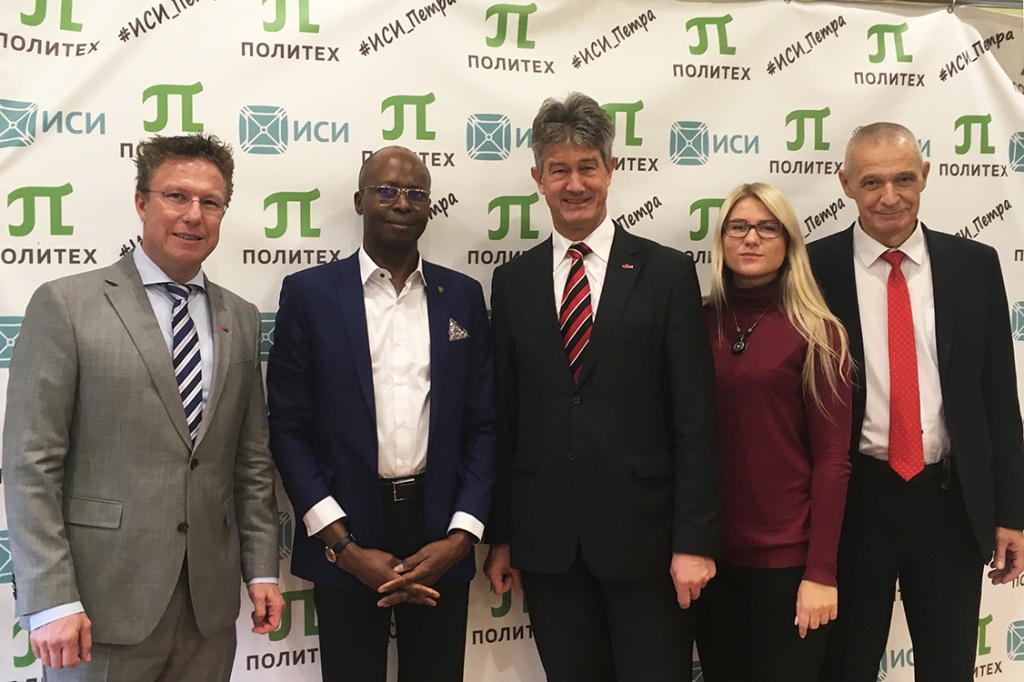 Then the members of the delegation visited the New Research Complex. They had meetings at the Supercomputer Center "Polytechnic", and then visited the exhibition complex. During his previous visit, TU Graz Rector Harald KAINZ met with members of the team “Polytech North Capital Motorsport” of the project “Formula Student” and Deputy Director of the Youth Design and Technology Bureau Evgeny. ZAKHLEBAEV. Two years later, the Austrian delegation met with engineering students again. They demonstrated not only the updated project of a racing car, but also the project of a solar energy racing car, which is now fully completed and ready for the Sochi competition. We remind that TU Graz has its own racing team that has existed for more than 10 years, so the success of the Polytechnic team was very interesting for Austrian guests. 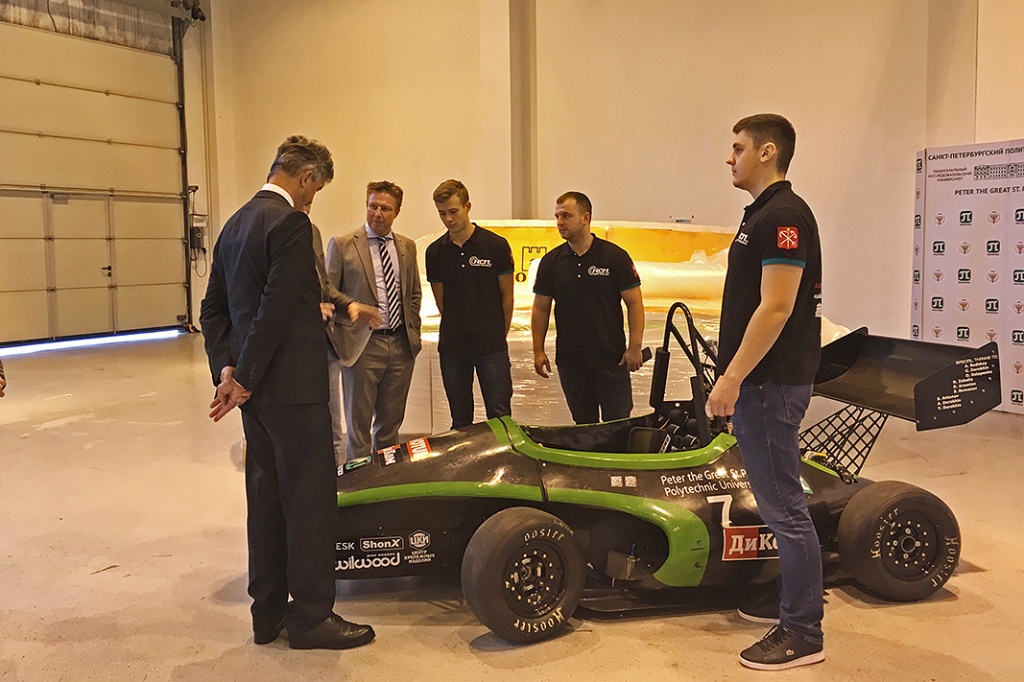 Afterwards, the members of the TU Graz delegation had a meeting with representatives of the Institute of Computer Science and Technology (ICST). Director of the Higher School of Software Engineering Pavel Drobintsev presented the advantages of the Supercomputer of SPbPU, which is already used today to solve a wide range of scientific and applied problems. Associate Professor of the Department “Computer Hardware and Software Systems” Marina BOLSUNOVSKAYA and the graduate student A. VASILIEV made a presentation on the unique technologies for use in healthcare field developed by the ICST, including such developments as waking-state monitoring and a multi-sensory wireless system. Rector Harald KAINZ was provided with information on the interaction of SPbPU research group with colleagues from the Institute of Healthcare and Medical Engineering of TU Graz. Colleagues from TU Graz discussed the possibilities of developing joint scientific research in various fields with the leading SPbPU scientists: Professor of the Department of Mechanics and Control Аlexander BELYAEV, Professor of the Higher School of Cyberphysical Systems and Control”, Director of the REC of IPME RAS "Modeling and identification of complex mechanical systems" Vladimir POLYANSKY and the Associate Professor of the Department “Computer Hardware and Software Systems” Marina BOLSUNOVSKAYA. The key event of the busy programme was a visit to SPbPU Rector's Office, where TU Graz delegation met with the Rector Andrey RUDSKOY, the Head of Rector’s Administration Vladislav Zhivulin, Vice-Rector for International Relations, Dmitry ARSENYEV and Vice-Rector, Press Secretary Dmitry KUZNETSOV. 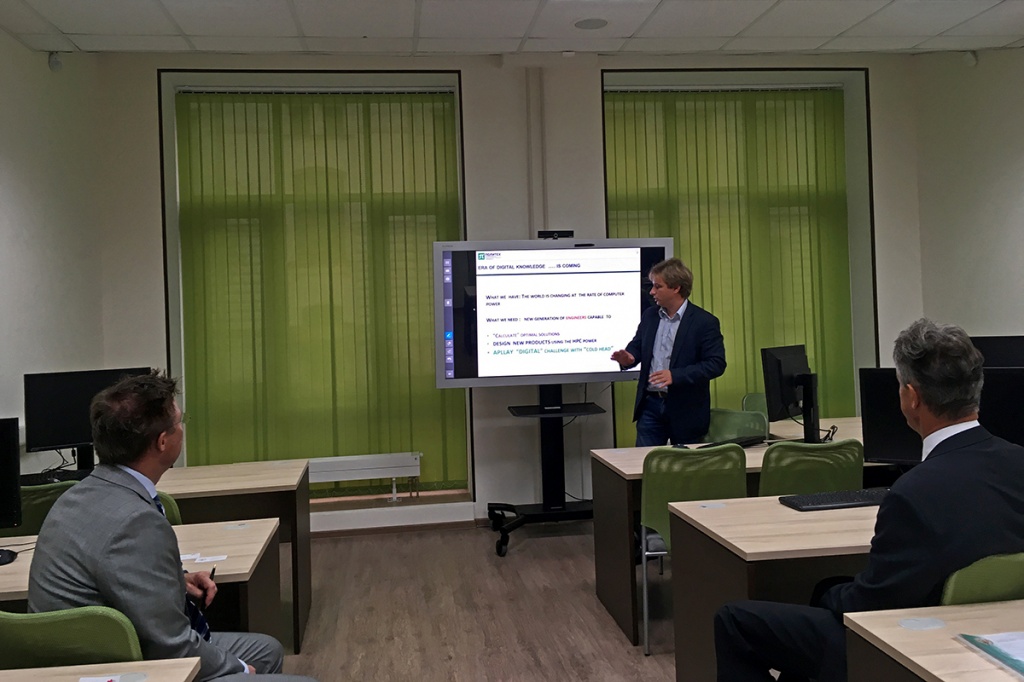 “We are glad to welcome again our close friends from Austria at the Polytechnic University. From the very beginning of our relations, TU Graz has proven to be a reliable partner, and it is a great honor for SPbPU to be a part of such a lasting and long-term alliance, " underlined Prof. Andrey RUDSKOY.

TU Graz Rector Prof. Harald KAINZ, in his turn, expressed his gratitude to the leadership of the Polytechnic University for the warm welcome. “Strategic partnership is not just words. It is an opportunity to think and develop in one direction, to participate in joint events and projects aimed at cooperating in the cultural, scientific and academic fields, " - according to Prof. Harald KAINZ. 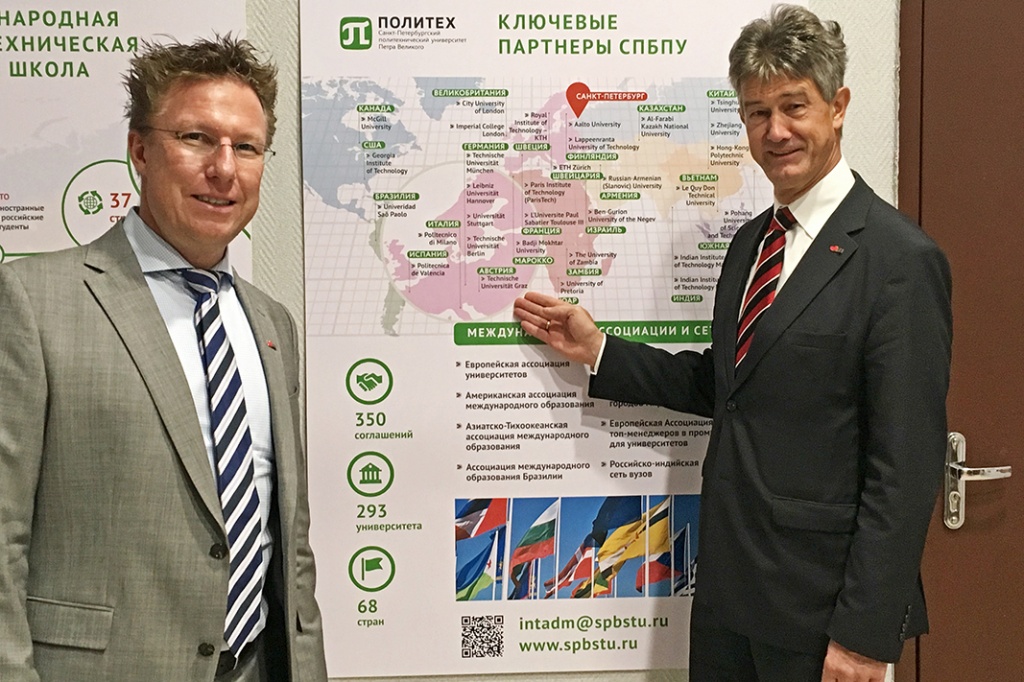 In 2018, SPbPU and TU Graz will celebrate the fifth anniversary of the strategic partnership. In this regard, it is planned to hold a number of large-scale events, in particular, the ceremony of signing a new Agreement on Strategic Cooperation. In addition, the participants also discussed the upcoming year 2019, which will be the year of the 120th anniversary of SpbPU. Moreover the universities authorities declared 2019 to be the Year of Russian-Austrian Youth Exchanges.

Summarizing the meeting, the Vice-Rector for International Relations Dmitry ARSENYEV commented: “Now we can say that the successful experience has been accumulated and the situation is the most favorable for the expansion of strategic cooperation - the rectors of SPbPU and TU Graz underline this. It has been decided to hold a joint International Youth Forum in 2019, that is student teams’ joint project work of both universities. This should motivate students and strengthen academic mobility. In addition, the international services of both universities actively coordinate the participation of research groups in joint international grants and programmes. As well we plan to conduct significant scientific events at SPbPU - joint seminars, schools and conferences. “