In the beginning of June 2017 President of Stuttgart university Mr.Wolfram Ressel, who had earlier been bestowed the honorary doctorate degree by SPbPU Board of Directors, visited the Polytechnic University one more time. He visited laboratories and the production set of the Baltic Industrial company and gave a lecture to Polytech students at the Science and Research Center of SPbPU. 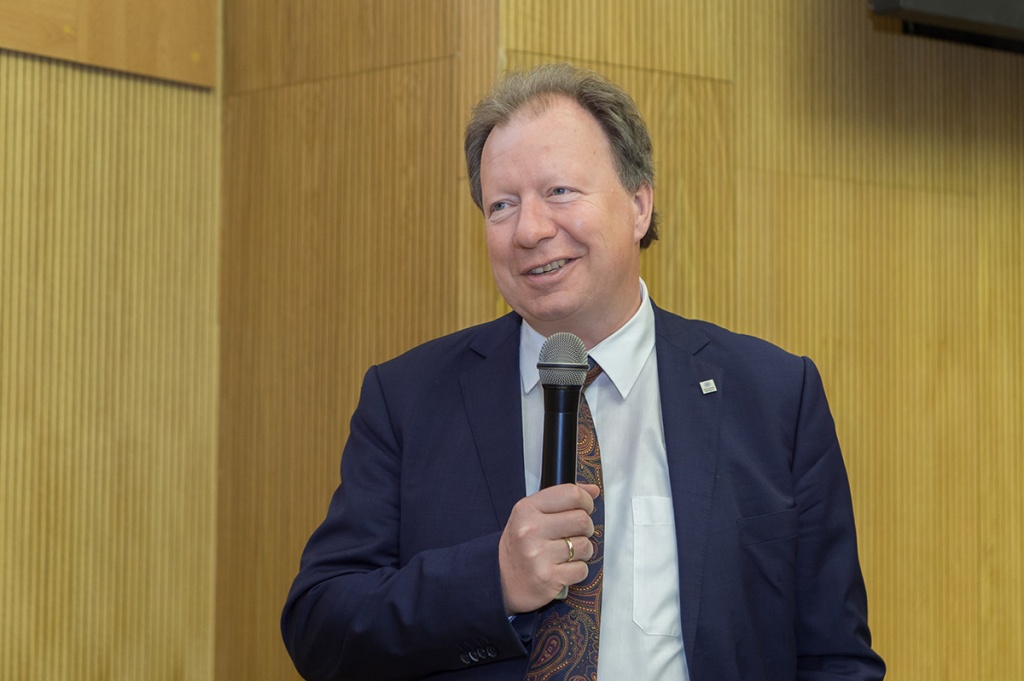 The visit to the Baltic Industrial company included a tour of laboratories and production set given by director of the Institute of Metallurgy, Machine Engineering and Transport Mr. A.A. Popovich, head of department “Automatics” Mr. A.N. Volkov, head of department “Machine engineering technology” Mr. S.A. Lyubomudrov and company representatives. The Baltic Industrial company is one of the leaders in development and implementation of technological solutions for fabrication of up-to-date metalworking machinery for manufacturing companies, its priority being the construction of machine tools using imported and locally made parts. Together with the Polytechnic University the company established the sub-faculty that offers education in different areas of study and carries out scientific research in automatics, machine engineering technology and material research and technology. 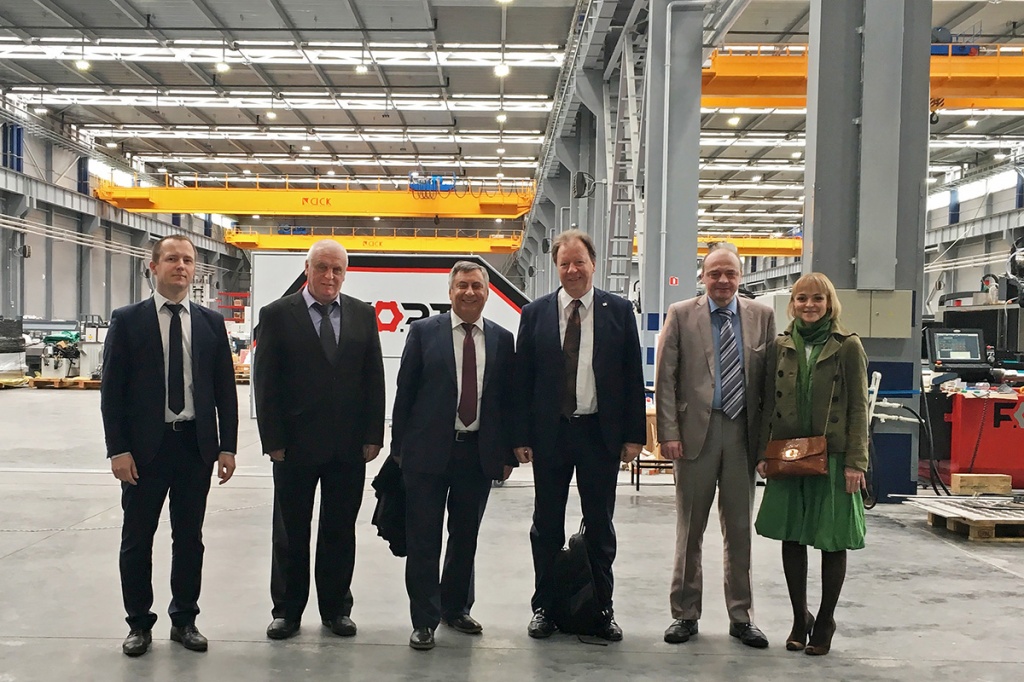 Mr. Popovich told president of the Stuttgart University about the cooperation maintained between SPbPU and the United Engine Corporation “Klimov” in manufacture of titanium alloy products, including helicopters, and the cooperation with the Delft University of Technology in creation of functionally graded materials. Great attention was paid to the method of additive technology that was used to grow the first-ever individual titanium alloy hip joint endoprosthesis in Russia. High temperature and vacuum test stands for shuttle engines were also the focus of attention. The staff of the Baltic Industrial company told prof. Wolfram Ressel of their own trade mark FORT, which stands for “Force”, “Opportunity”, “Russian technologies”. The trade mark is applied to the national metalworking machinery produced as part of the project “Machine tool industry” conceived by SPbPU and the Baltic Industrial company. 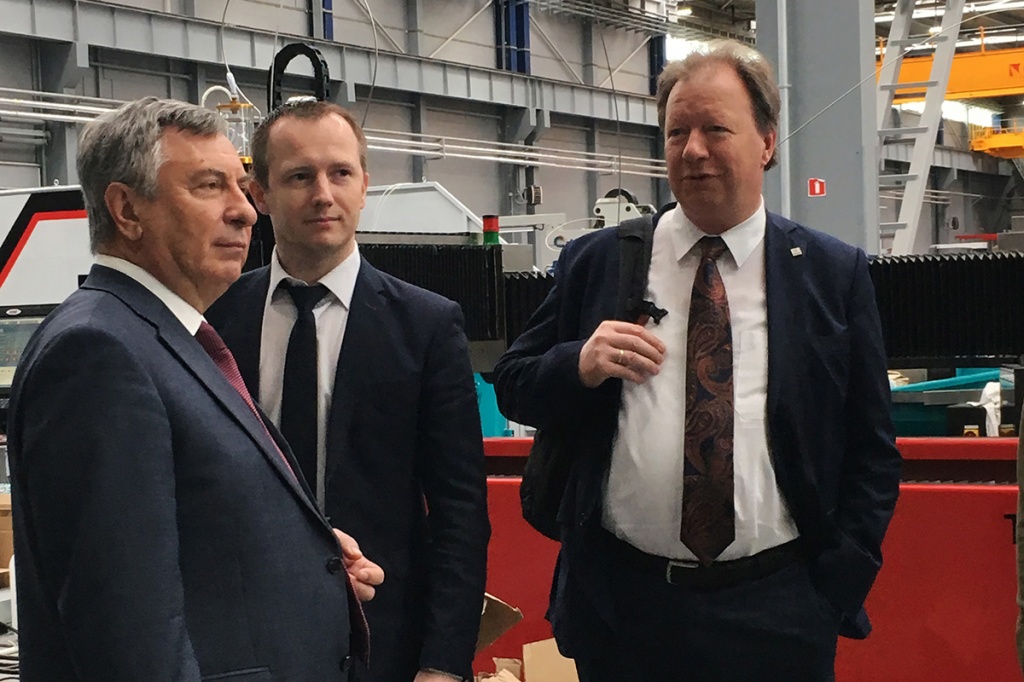 Afterwards Mr. Ressel shared his impression of the tour pointing out the high level of execution of the machinery parts, good laboratory and production performance. 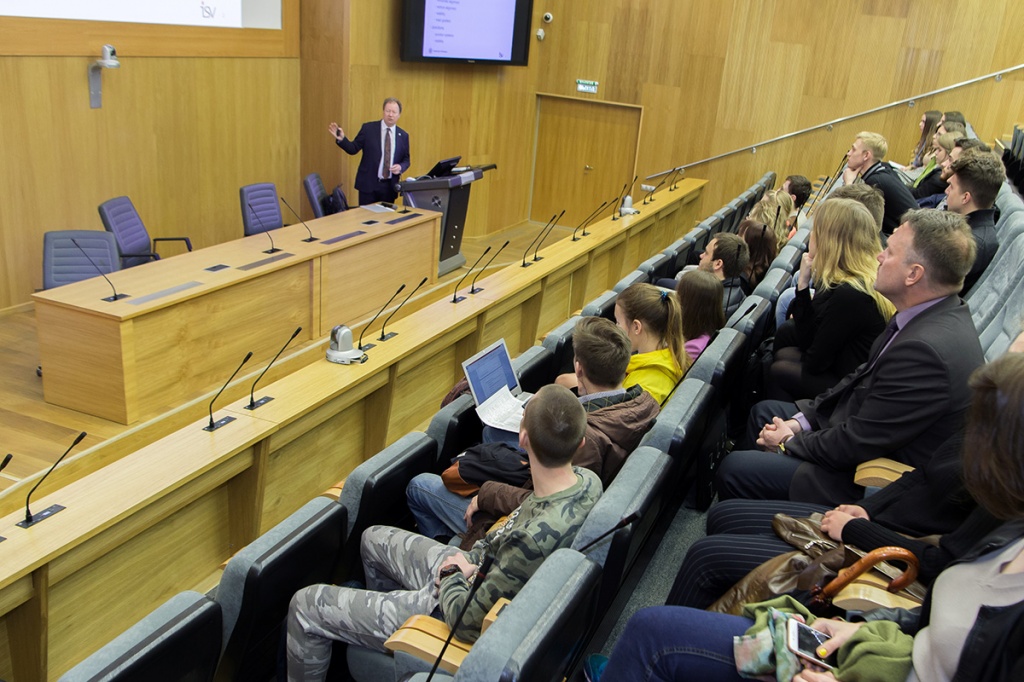 The annual open lectures given by prof. Ressel to SPbPU students have become a tradition. This year rector of the Stuttgart University chose “Geometric design of x-lane rural roads” as topic of his lectures. Professor told of five categories of rural roads in Germany and the strict standards followed by road transport engineers in their design and construction, he livened up his story with interesting facts. It turned out that whenever a new road is planned for construction, its route is determined according to animal population density for this territory, there are special maps for that. So the major factor in road design is the reduction of environmental impact. Many were impressed by the fact that Germany is the only country in the world where there is no highway speed limit. Speed limit on rural roads depends on the road category and should not exceed 70-100 km/h. 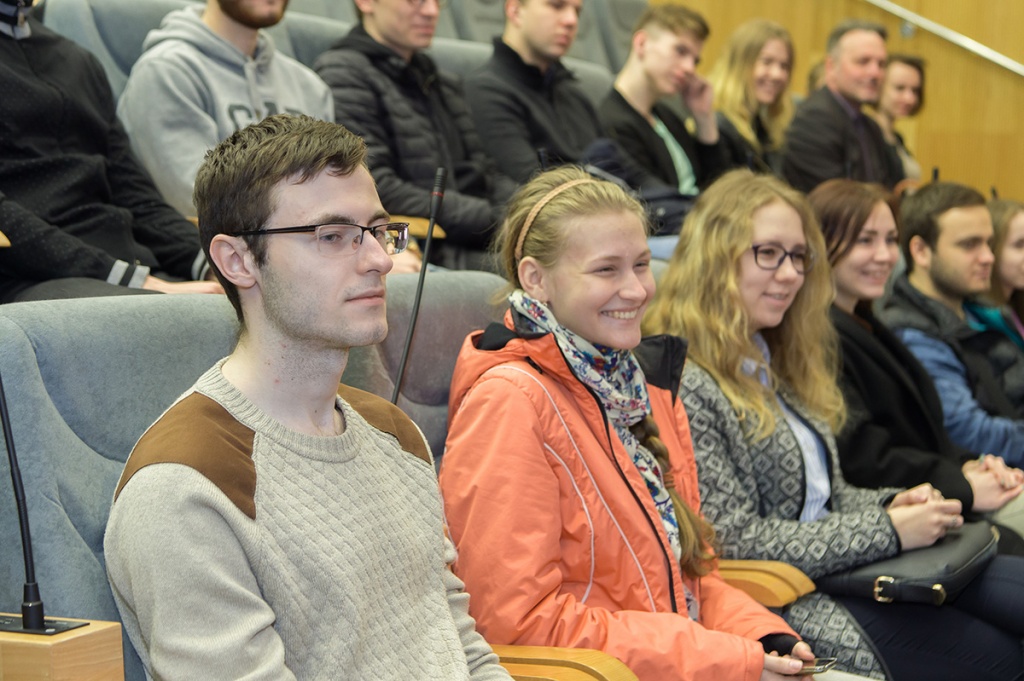 Rector’s lecture had a great success with Polytech students. After the lecture they got involved in the discussion, eagerly asking professor numerous questions.