News Digest from the SPbPU Representative Office in Shanghai

A series of major events took place last November in Shanghai with participation of the SPbPU Representative Office. Please read in the news digest from the Office about cooperation within BRICS, major international exhibitions and a series of new cooperation agreements, as well as about new visiting professors coming to Polytechnic University this semester. 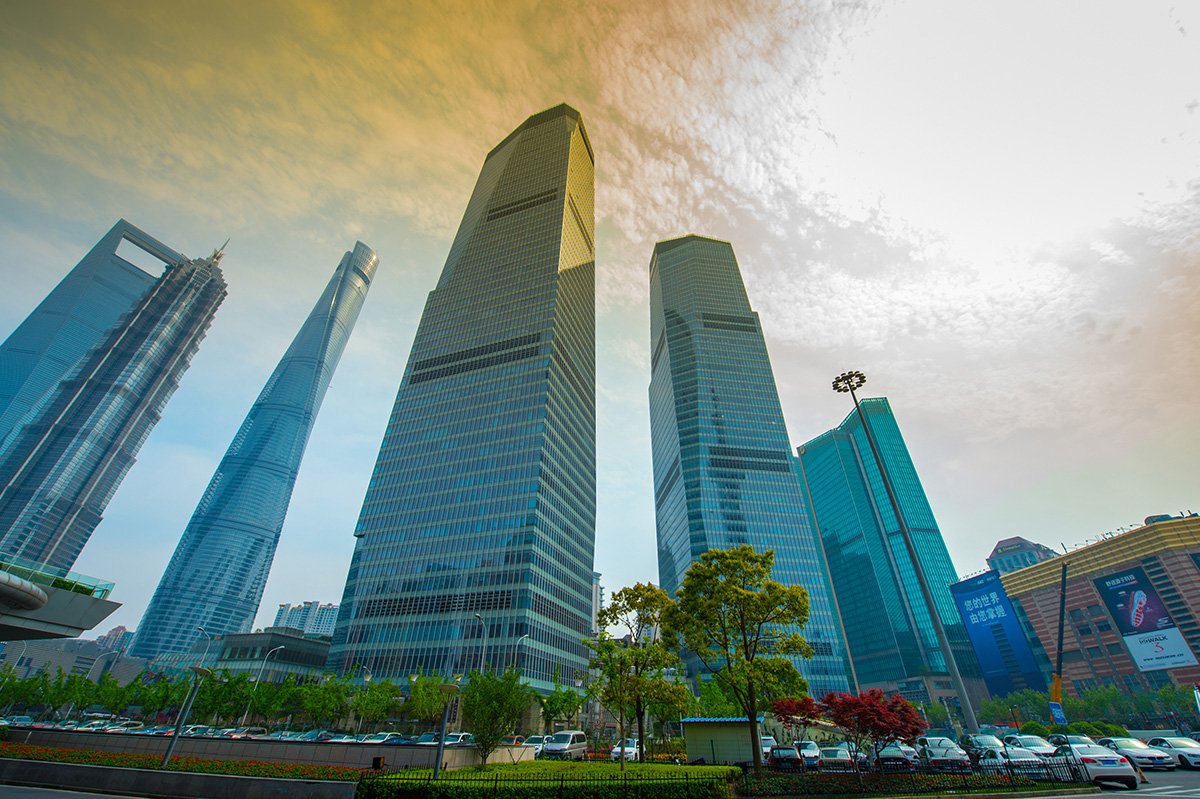 An agreement on the creation of a joint laboratory of topological insulators and quantum computing was signed between SPbPU and the Shanghai Institute of Technical Physics, PRC Academy of Sciences. Topological insulators are a new but rapidly developing area of research in physics. Scientists all over the globe are interested in this phenomenon: calculations show that the energy efficiency of devices with topological insulators can be several times higher than conventionally used. The plan is that groups of researchers from SPbPU and the Shanghai University will be implementing joint projects on studying this scientific phenomenon.

SPbPU has signed another agreement with the Shanghai Institute of Technical Physics of the PRC Academy of Sciences and LLC Management of PuE Business Incubator. Within the frame of the agreement, the parties intend to establish a laboratory for studying hybrid reconfigurable computing platforms. In the course of joint work, the scholars are going to develop a special hardware computational platform on the basis of which researches on a new concept of computing will be conducted. 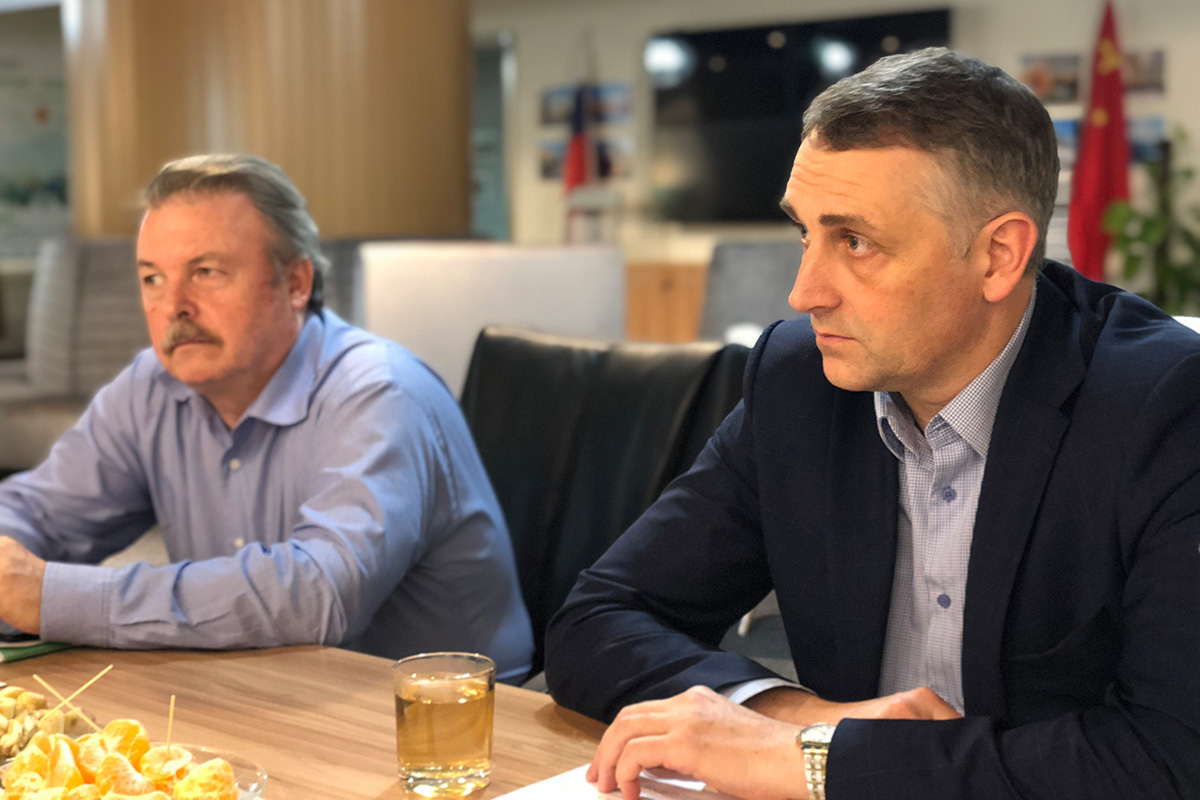 Employees of the Representative Office took part in the forum of the First China International Exhibition of Imported Goods (China International Import Expo; CIIE). This year, the event had more than 400 thousand participants from all over the world. They all got together in the gigantic pavilion of the exhibition to discuss current trends in medicine, commerce, automotive, information technology, etc.

Russia participated in the CIIE in the guest of honor status. Specifically for our country, a national exposition was organized, demonstrating major international projects of Russian companies. In the course of the exhibition, Chairman of the PRC Xi Jinping, the Prime Minister of the Russian Federation D.A. MEDVEDEV, Minister of Industry and Trade of the Russian Federation D.V. MENTURES visited the Russian stand, as did Heads of States and Governments of 17 other countries.

St. Petersburg Polytechnic University took part in the internal forum of the exhibition. On behalf of our university, the Shanghai office staff introduced their Chinese colleagues to the main activities of SPbPU and met with other participating universities and organizers of CIIE.

Another exhibit, in which the Representative Office in Shanghai acted on behalf of SPbPU, was the global conference on innovative technologies. The event took place within the frame of the “One Belt - One Way” initiative and had more than 1000 participants. The honorable guests of the exhibition were Nobel Prize winners George Smoot, Ada E. Yonath, Dan Shechtman, Arieh Warshel and Avram Hershko, as well as scholars and experts from various fields, leaders of industrial enterprises, and key investors from China and other countries.

Polytechnic University had its individual stand at this event, sponsored by the Committee for Science and Engineering of Xi’an. A number of business meetings had follow-up: in particular, active negotiations are going on with Kaihua Electronics Co. Ltd on collaboration in the sphere of civil engineering, i.e., the development of elevators and lift cranes. 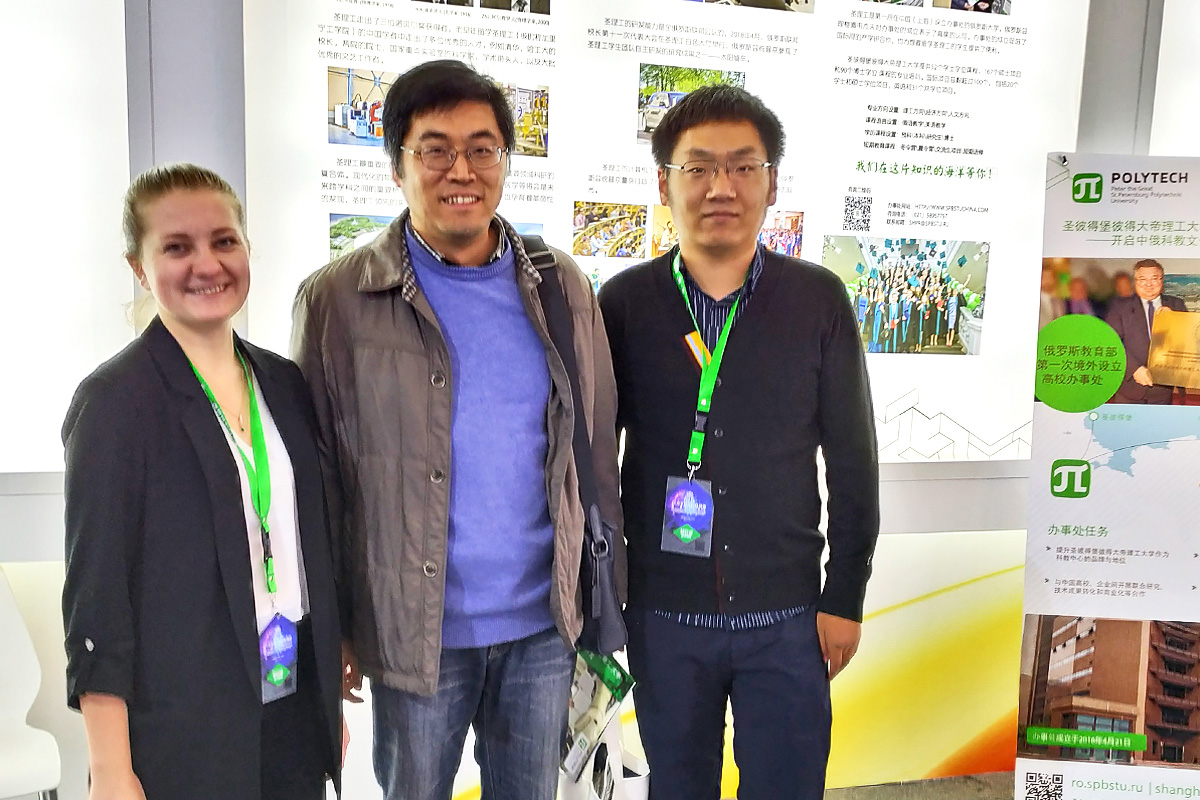 Video conference on the cooperation within the frame of BRICS

In late November 2018, a “BRICS 2017-2019” video conference took place at the Representative Office; SPbPU and its key partner in the Shanghai region East China Normal University (ECNU) participated in it. The event was focused on the BRICS’s grants received in 2017 – 2019 by Russian, Chinese, and Indian scholars.

In particular, the parties discussed the recent successful project supported by BRICS: an indoors tracking system. Russian and Chinese scholars had been developing this project together with their colleagues from the Indian Institute of Technology Rourkee. The application submitted by an international research group got the top jury’s assessment and was included in the A-category of grants.

Work plans for the near future were outlined in the course of negotiations.

Chinese professors are coming to SPbPU in December

Another meaningful November meeting at the Representative Office was dedicated to choosing Chinese professors to go to lecture for SPbPU students. Already this December, leading specialists from Jiao Tong University and ECNU are coming to Polytechnic University to teach lectures at the Institute of Metallurgy, Mechanical Engineering and Transport; Institute of Physics, Nanotechnology and Telecommunications and Institute of Engineering and Construction.