New projects, business meetings and plans for 2019: last December was a busy month for the staff of the SPbPU Representative Office in Shanghai. News digest from the SPbPU International Services gives the details of what happened in the life of the Shanghai office in December 2018. 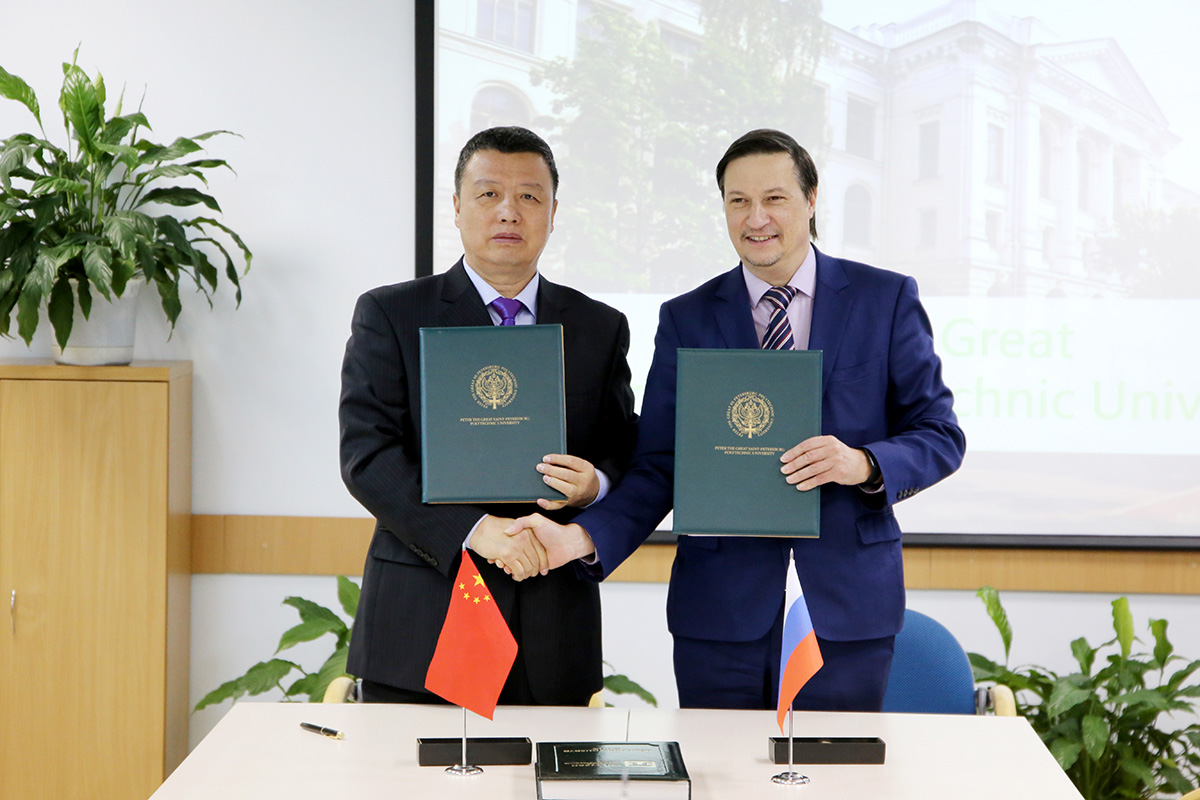 Meeting at the ECNU on the BRICS projects

Cooperation between Polytechnic University’s Institutes and the East China Normal University (ECNU) is progressing. In early December, a delegation from the Institute of Computer Sciences and Technology visited the ECNU. Russian colleagues had a chance to visit the ECNU student complex and take part in a whole series of business meetings together the Representative Office staff and university’s professors. The key topic of the talks concerned the two projects within BRICS, which our university implements in partnership with ECNU and the Indian Institute of Technology Roorkee.

In mid-December, the Higher School of International Educational Programs and the Shanghai Industrial and Commercial School of Foreign Languages signed an agreement. Director of HSIEP V.V. KRASNOSHCHEKOV and Deputy Director of the Shanghai school Mr. Nami KIM put their signatures on the document. The parties discussed the options for cooperation with the HSIEP Center for Testing Foreign Citizens in the Russian language. The near plans include Days of the Russian Language in Shanghai in spring 2019 organized at the Higher School’s base. Besides this, in summer 2019, Chinese students will take part in the Russian language educational modules of the International Polytechnic Summer School. 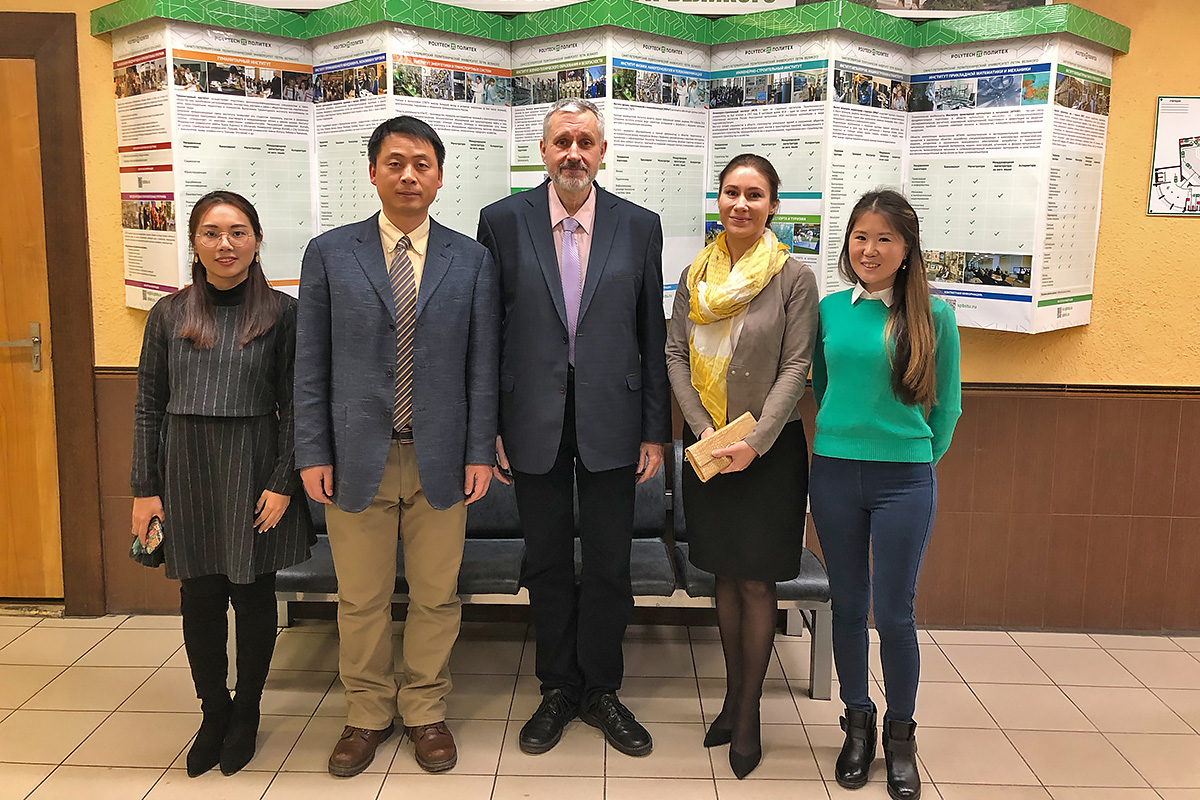 Cooperation in science and education

On December 19, a delegation from Xi’an Technological University visited the Office. The parties discussed the progress in collaboration in the educational sphere. It is already known that 18 students from the Chinese university will come for studying at the Institute of Metallurgy, Mechanic Engineering and Transport in March 2019. Virtually at the same time, negotiations were held with the delegation of the Shanghai Nanhui Industrial Zone at SPbPU. At the meeting, the Polytechnics told about the University’s activities in China, business activities of the Representative Office, and the ongoing projects. The Chinese party showed a great interest in the research of Polytechnic University in the field of biomedicine. Russian and Chinese colleagues are planning a return visit of SPbPU scientists to China. 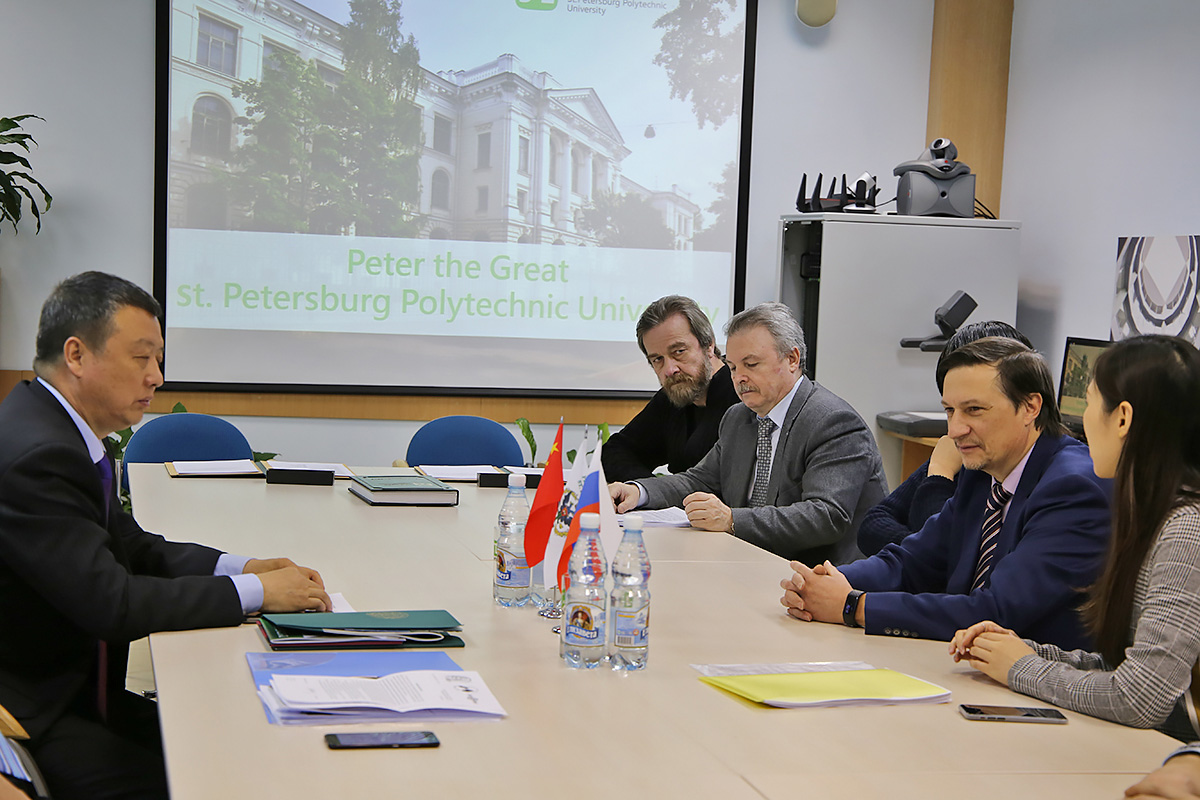 And last but not least, representatives of the Inner Mongolia Mengkuang Carbene Technology Company visited SPbPU in the end of December 2018. The purpose of the visit was the signing of a new cooperation agreement. Thanks to the work of the SPbPU Representative Office, the previous project on the “Creation of Aluminum-Based Metal Composites”, which ended in late 2018, got its logical continuation. 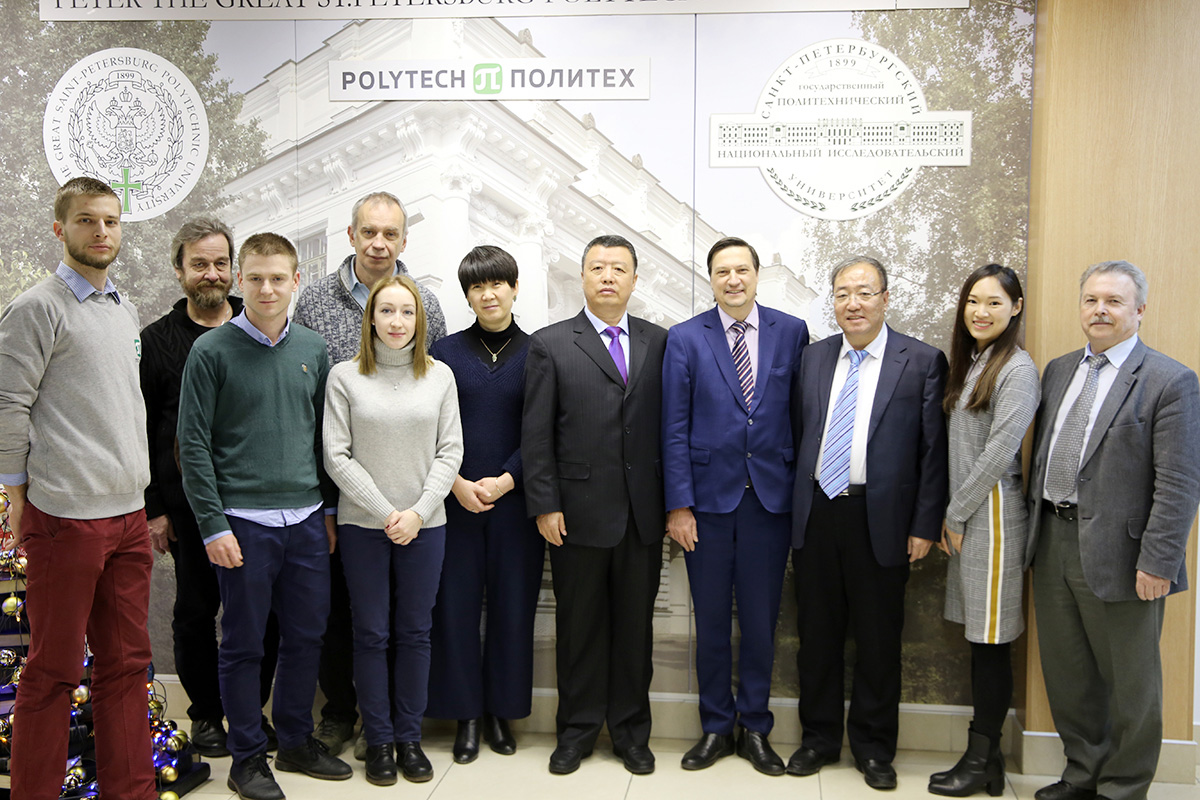 The “Development of Manufacturing Technologies for Composite Material Based on Prepregs and Aluminum” project was launched in the result of a new cooperation agreement signed by SPbPU Vice Rector for International Relations D.G. ARSENIEV and the Director f the Chinese company Mr. Xu JINBAO. It is already known that the research activities will be going under command of O.V. TOLOCHKO, director of the Materials and Technology SRC.