In his welcome speech V.Sh. Kaganov, Deputy Minister of Education and Science, outlined the current challenges the participants of the meeting were faced with. In particular, V.Sh. Kaganov mentioned the importance of cooperation between Russian universities and the institution of attachés; he drew attention to the necessity to promote the Russian language abroad on all levels of education. The Deputy Minister emphasized the fact that the leading Russian universities working with their foreign partners needed to collaborate with Pushkin State Russian Language Institute. 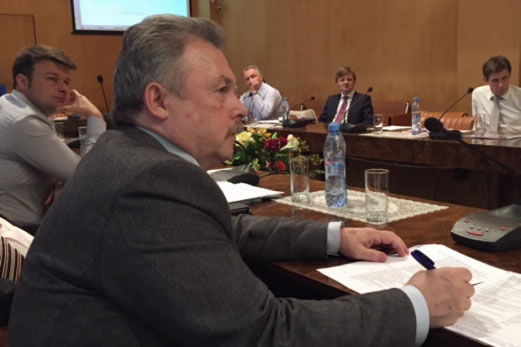 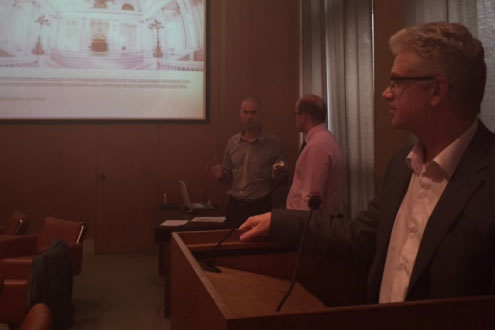 N.R. Toivonen, Director of the International Department of MES, made a report in which he covered the main goals of the meeting and the current challenges that science and engineering attachés, departments of MES and the representatives of universities were faced with. The main idea lied in a more active application of “soft power” and, in particular, a more intense promotion of Russian education, science, language and culture in other countries worldwide.

N.R. Toivonen said that universities were supposed to establish a more active cooperation with science and engineering attachés who, in their turn, were to help universities to build ties with foreign companies, to encourage the leading professors and specialists to come to Russian universities, to inform the public about the upcoming important events, to provide assistance to Russian universities willing to participate in the most significant exhibitions, projects and conferences, to help to organize business meetings and seminars with the representatives of the leading scientific organizations and innovation companies, to help to organize events in order to promote educational programs offered by Russian universities abroad, and to set up offices, joint scientific centers and laboratories.

A.M. Aleksankov, Director of the Institute of International Educational Programs, made a report on the performance of the Expert Center for European Research SPbPU, which was established as part of the state task assigned by the International Department of MES of the Russian Federation. A.M. Aleksankov presented a general analysis of the analytical and statistical data published predominantly in foreign sources and aimed at describing various trends in the sphere of international education, namely in the field of science, education, innovations and youth policy. He also spoke about the efforts of SPbPU on the international arena in the context of the world trends under analysis; he dwelled upon the cooperation between our university and its strategic and key partners, shifting from bilateral cooperation to networking with foreign universities, holding special events, for example, the International Polytechnic Week at SPbPU, with a scope of sixteen events in which all representatives of the universities included in 5-100 Project took part, as well as more than twenty leading foreign universities.

R.R. Shestakov, First Secretary of the Russian Embassy in Bulgaria, passed a message from the leading Bulgarian universities willing to sign cooperation agreements with SPbPU.

The issues of closer cooperation were also discussed with A.V. Perevedentsev, Attaché in Brazil, V.V. Fedorkov, Attaché in South Korea and other Russian diplomats.

The issues of collaboration with Russian universities were also discussed. Thus, the Southwest State University offered cooperation in the sphere of developing nanosatellites. This university has experience of developing such satellites for Peru and it is offering to implement several commercial projects with Latin America.

The representatives of Russian foundations made their reports at the meeting. S.F. Konovalov, Coordinator for International Projects of the Russian Science Foundation (the Russian Federation), spoke about the stages that expert examination of projects involves, and he also mentioned that the foundation expert pool includes more than 1,00 foreign experts, who have confirmed their intentions to stay away from politics.

O.V. Sharipov, Director of the International Relations Department at the Russian Foundation for Basic Research told the audience that they were negotiating for organizing joint competitions together with several foundations in the USA. And on 1st July a meeting of representatives from the CIS countries was scheduled in order to sign an agreement on establishing the Eurasian Association for Supporting Science. O.G. Levchenko, Director of International Programs at the Foundation for Supporting Small Enterprises (which, as she remarked, had been officially called Foundation for Supporting Innovations for two years), said that the foundation offers a program called “Internationalization”, which provides financial aid to projects aimed to manufacture non-resource export oriented products.

During the meeting many other reports were made by the representatives of the Ministry of Education and Science, foundations and organizations, the participants discussed various issues related to efficient cooperation between Russian universities and attachés on the whole, ways to increase the number of joint projects and to raise more finance from different sources in order to improve the quality of education and stimulate research.