September Digest from the SPbPU Representative Office in Shanghai

The official SPbPU Representative Office in Shanghai continues to work actively on developing and strengthening cooperation between Peter the Great St. Petersburg Polytechnic University and foremost universities and companies in China. September 2020 was marked by several major events: Polytechnic University took part in a large-scale international exhibition, signed an agreement on the establishment of a new acceleration program, and became the first Russian university whose representation in the PRC was recognized at the state level. Read about this and more in our traditional news digest.

For the first time ever, the Chinese International Experts Exchange Conference was held online. Founded in 2001, it is a large-scale international expert platform where key world universities and companies gather annually. On behalf of the Peter the Great Polytechnic University of St. Petersburg, Lu ZHIYU took part in the exhibition. Together with our university, professional organizations from Great Britain, Germany, France, USA, Canada, South Korea, Japan and more than 40 other countries became guests of the event. “Polytech has been participating in the China International Conference on Specialists Exchange for 4 years - since the foundation of the Shanghai office. During this time, we have established partnerships with a number of major corporations in China - Haier Group, Seccoli Automobile Abrasive Manufacturing Company and many others,” commented Lu ZHIYU. 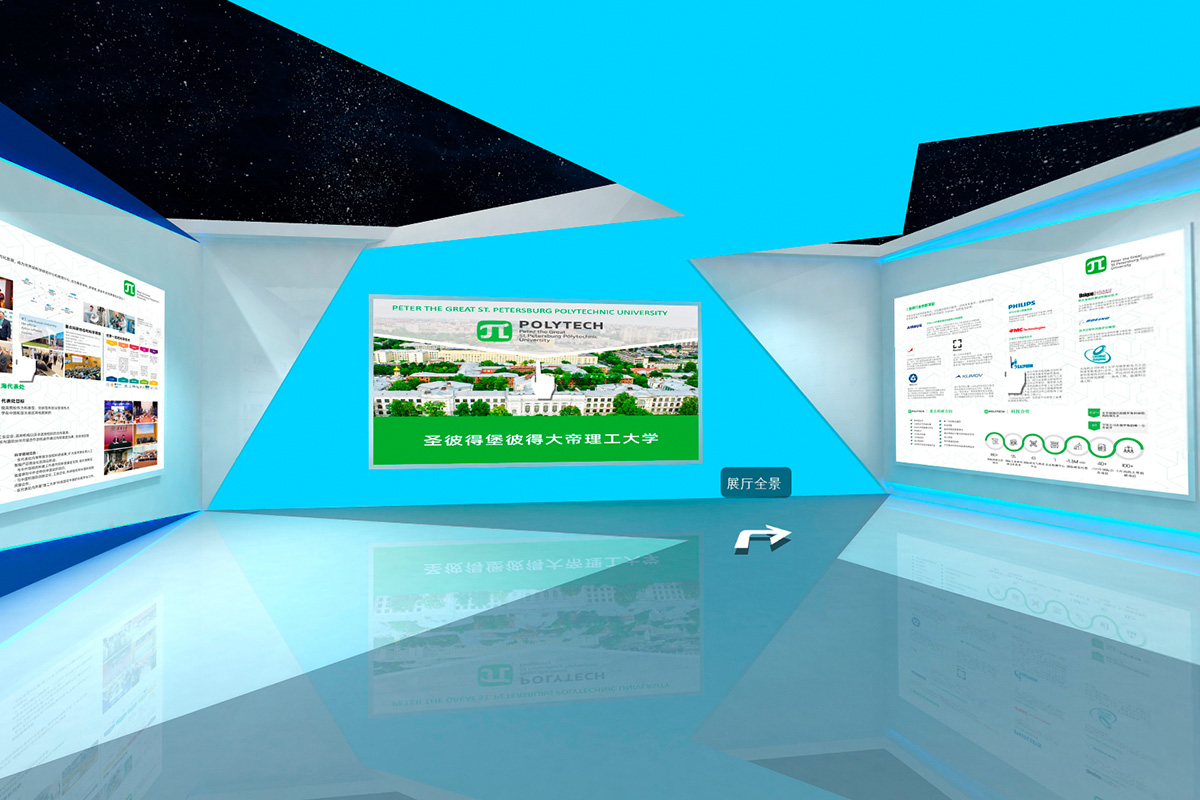 The participants of the event presented promising innovative projects: in particular, the representative of Polytechnic University spoke about the development of the latest medical equipment, methods of water purification, mobile multipurpose robotic complex and other achievements of scientists and researchers of SPbPU. Preliminary contacts with foreign partners were established during the conference in order to hold a number of negotiations on possible cooperation in the future.

Agreement on the creation of a new acceleration program

The agreement to establish a new acceleration program was signed by SPbPU, Fengduong New District Authority of Xi’an City in Shaanxi Province, Xi’an Polytechnic University and PuE Business Incubator. The solemn ceremony was held online as part of the Russian-Chinese Scientific and Educational Innovation Forum (CIEP-2020). Traditionally, the event was organized by the Ministry of Science and Technology of China, the Ministry of Science and Higher Education of the Russian Federation and the People’s Government of Shenzhen City. 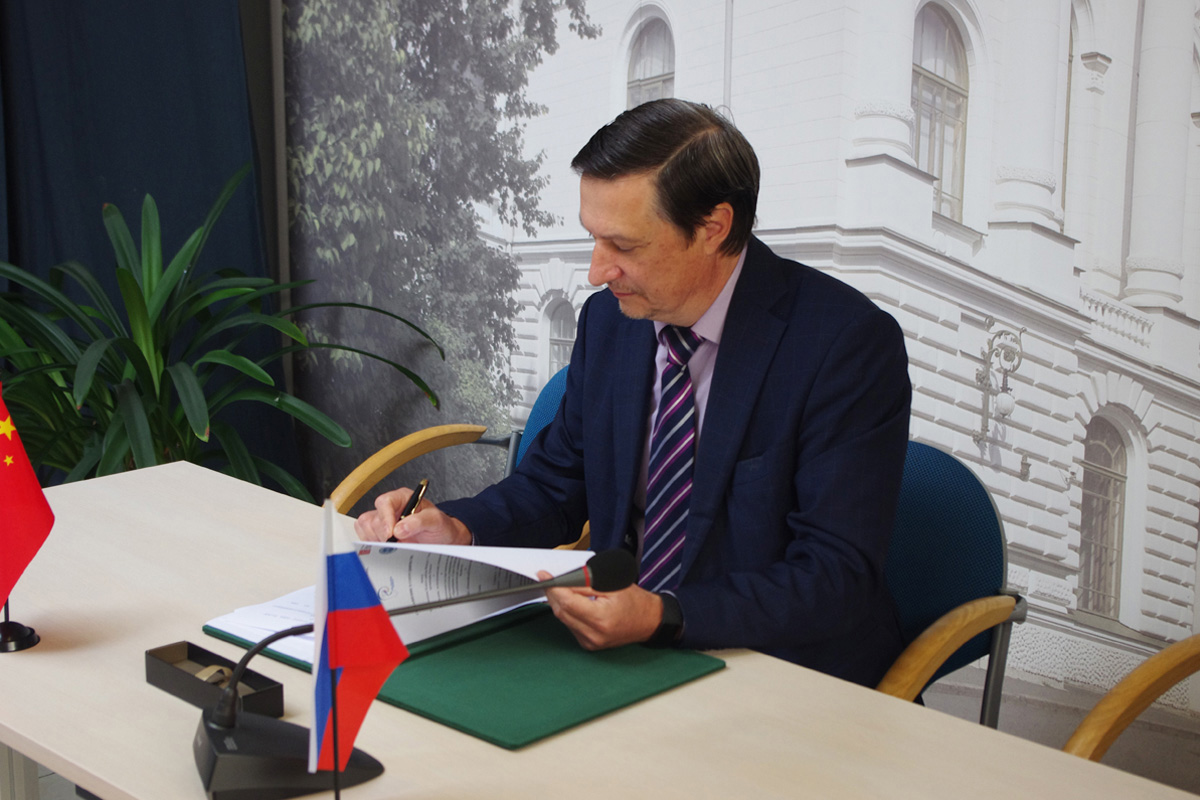 It is planned that the new program will have a beneficial effect on scientific and technical cooperation between Russia and China. According to the initial plans, the accelerator of Peter the Great Polytechnic University will be located in the Sino-Russian Silk Road Park in the new Fengdong district of Shaanxi province.

In September, SPbPU took part in a round table of Russian-Chinese cooperation in science and technology, which, like most of the large-scale events of this year, was held online. Together with Polytechnic University, more than 20 Russian universities joined the round table and presented their achievements and promising projects. Lu ZHIYUI, Head of the SPbPU Representative Office in Shanghai, presented the dynamics of the development of cooperation between SPbPU and Chinese universities and corporations, as well as the university’s successful cases in the field of science and education. Also, within the framework of the round table, negotiations were held between Polytechnic University and the Xi’an University of Technology, the University of Electronics and Technology (Chengdu city, Sichuan province) and the Xi’an Science and Technology University. The parties discussed cooperation in the field of creating joint educational programs and internship programs for Chinese students at SPbPU. 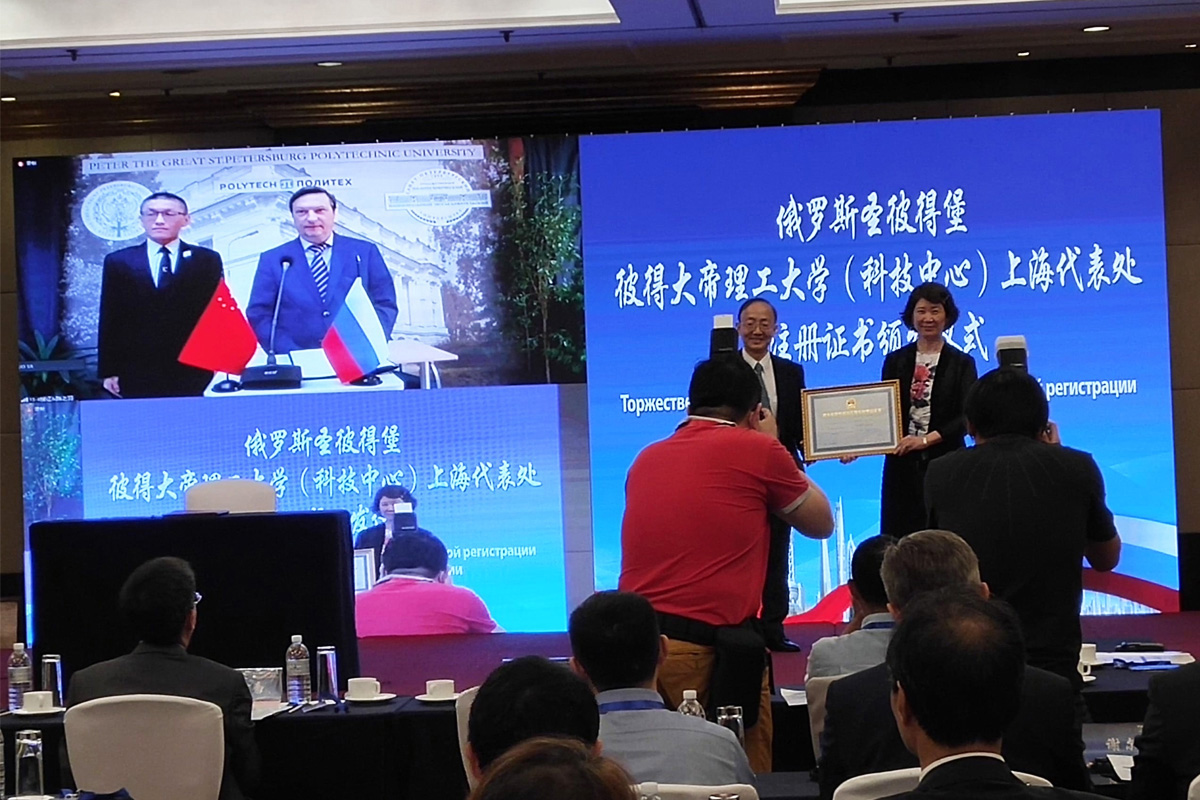 A high-profile event of the day was the ceremony of presenting the certificate of state registration, which was received by the Representative Office of Polytechnic University. SPbPU became the first Russian university the official representation of which was recognized in China at the state level. On behalf of Polytechnic University, SPbPU Vice-Rector for International Affairs s Dmitry ARSENIEV expressed his sincere gratitude to the Shanghai Science and Technology Committee “for the support of the SPbPU Representative Office in Shanghai and assistance in formalizing official state registration.”