Educational module 'Space Technologies' was the bright innovation of the International Polytechnic Summer School 2017. Recently 26 students from Singapore, China, Mexico, South Korea, Greece, Bulgaria and Russia have finished their space course, and now it is time to sum up: has Polytech achieved the stated goals? 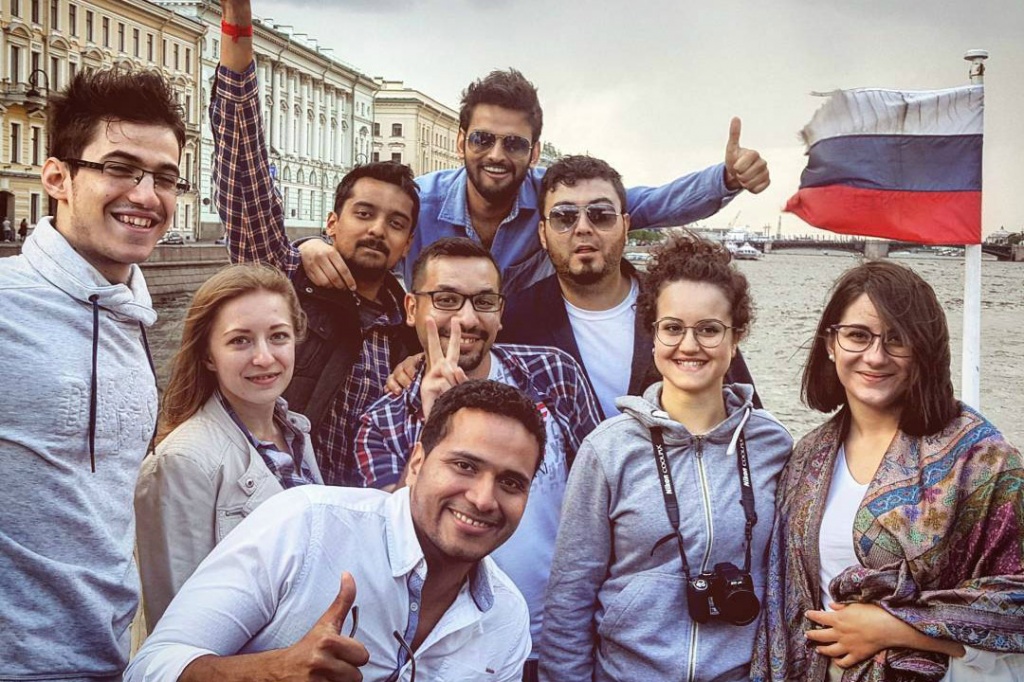 High-level international specialists were invited to give lectures and hold seminars at SPbPU. We may say that an educational process started right at the Summer school opening ceremony: Director of the ITU Radiocommunication Bureau François Rancy gave an introductory lecture where he told about the global role of teleradiocommunication all around the world. Within the program of the module Counselor of ITU-R Study Groups Vadim Nozdrin introduced the students with the basics of International space law and technical basics of telecommunication satellite systems design. He also told about principles of electromagnetic compatibility for space services and space technology applications.

Under the Summer school program the lectures were given by such world-renowned scientists as Alexander Ivanchik (SPbPU) and Vladimir Mostepanenko (Pulkovo Observatory). Director of the project management office, an associate professor from Samara University Ivan Tkachenko told about educational-scientific small satellites; researcher from Crimean Astrophysical Observatory Sergey Nazarov gave a lecture 'Active galaxy nuclei'. Denis Malygin (Space Telecommunication Systems Department, SPbPU) and Vladislav Tkachuk (Skolkovo Institute of Science and Technology, Skoltech) told about experiments in space. Particularly, the students learnt about CubeSats:  a type of mini and midget satellites for space research. According to the module there were trips to the radio astronomical observatory 'Svetloe' and to the Pulkovo observatory. 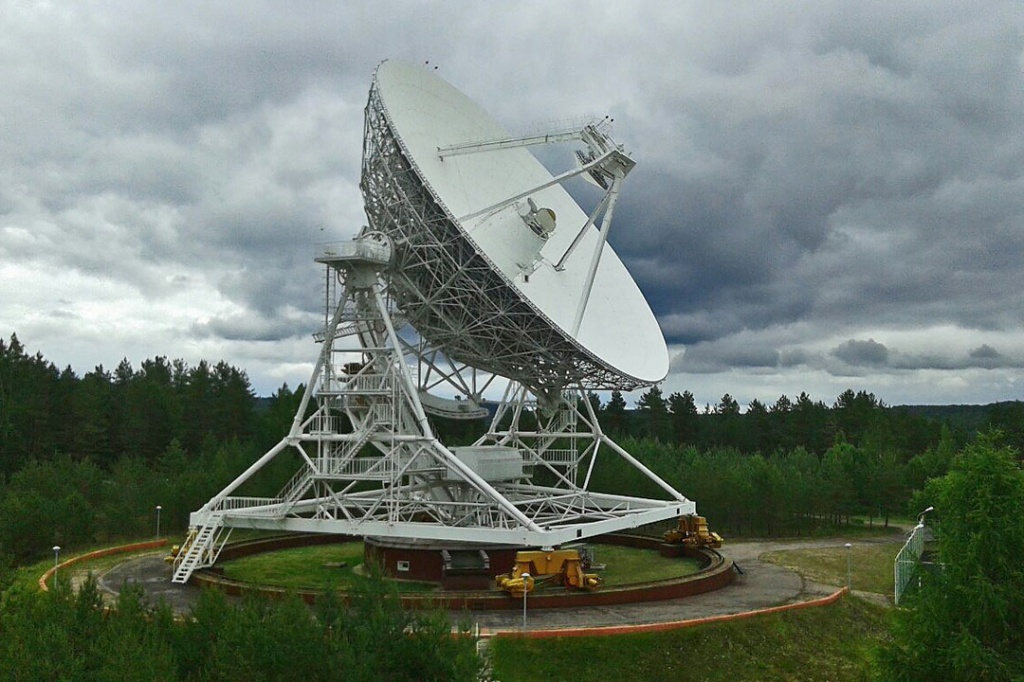 Vice-Rector for International Relations Dmitry Arseniev highly appreciated the work of the specialists who organized the Module 'Space Technologies', and mentioned an important role of visiting professors in the academic process. A number of goals were solved with the help of the Institute of Physics, Nanotechnology and Telecommunications (IPNT) team with Director S.B. Makarov. After all the lectures, seminars, projects and trips there can be the only conclusion: everyone liked the module, and got the valuable knowledge, experience and unforgettable emotions.

Two students from Nanyang Technological University (NTU) (the partner of SPbPU) R Singaram (Singaram) and NG Jui Khang Emerson (Emerson) told the International Office representative about the events they participated during their education. Both of them said that their friends would learn about International Polytechnic Summer School!

- The Educational Module 'Space Technologies' of International Polytechnic Summer School came to the end. It was for the first time for our school. Why did you decide to learn about space?

Singaram: Russia is well-known for Space technologies. People in your country first launched the satellite, and then your man was the first to make a journey into outer space, and you learnt aerospace in general. In Singapore we don't have space technologies as part of the curriculum. It's a good opportunity for me to learn about space. I think it would be very useful. 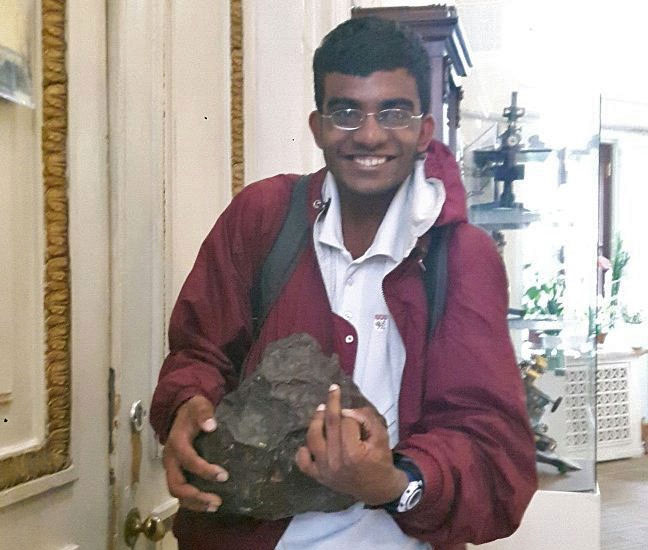 Emerson: In NTU I am studying Civil Engineering. In Civil Engineering you have to do buildings. So when I saw Space Technologies, it seemed very interesting for me. I know that in the world there are many considerations that the Earth is getting very uninhabitable, and people will hardly live on the Earth soon in the next thousands of years. So they will have to do distant terraforming in space which means discovering planets or satellites where it’s possible to live. For example, that's what's happening to Mars. There are people who find some suitable environment so that other people could live. And I think that we should be interested in learning about such terraforming, because we need to build buildings on the new planet or so. And it might be very different: to build on Earth or in space, because they are two different places. This was a new revelation for me, and I was just interested in learning how space technologies can help me understand the concepts better.

Singaram: I am a volunteer in a team for an independent company from Malaysia, which is participating in Google Lunar XPRIZE challenge, so they are trying to launch a lunar rover. As I am a part of a team, I am trying to contribute some programming experience for the navigation of the lunar rover.  I have not been much experienced in space, so this really gave me a lot of knowledge that the people from Malaysia have not have yet. So it has given me something necessary to contribute to the lunar rover navigation.

Emerson: For me it's an actual understanding that we - humans - are really very small in importance. When we learn about space we realize how big our Universe is, how negligable we are and there are so many things that are more important than us. And what we are doing here is just a really little contribution, but important to mankind as whole.

- What disciplines were the most interesting for you during the educational process?

Singaram: I would say the subjects connected with star observations, and then there was a subject about CubeSat building. It is a type of mini and midget satellite for space research. They are used, for example, in navigation. Everything connected with it was very interesting.

Emerson: For me it the history of Space Discovery, because what happens to space is something which is so big and so profound!  For example, people from ancient times have wondered how high the sky is, whether the Earth is round or flat, and whether the Sun goes around the Earth or our planet goes around it… There were so many questions. So I was really interested in this progression in knowledge across the centuries. At first people thought that everything revolves around the Earth: the Sun, Pluto, other planets, the Moon... But the soon progress made it clear that the Earth actually revolves around the Sun, and then more and more concepts were there, and people began to know our Universe better. It's great to see through generations that people have been doing great progress in getting more knowledge of high quality. And there is so much left to learn the ropes.

- During your studying you had some trips. Where did you go?

Singaram: At first we visited the Radio- astronomical observatory 'Svetloe'. A very big radio telescope of 32 meters in diameter is situated there. With its help we can research different features of celestial objects not only in the Solar System, but in galaxy and even metagalaxy. 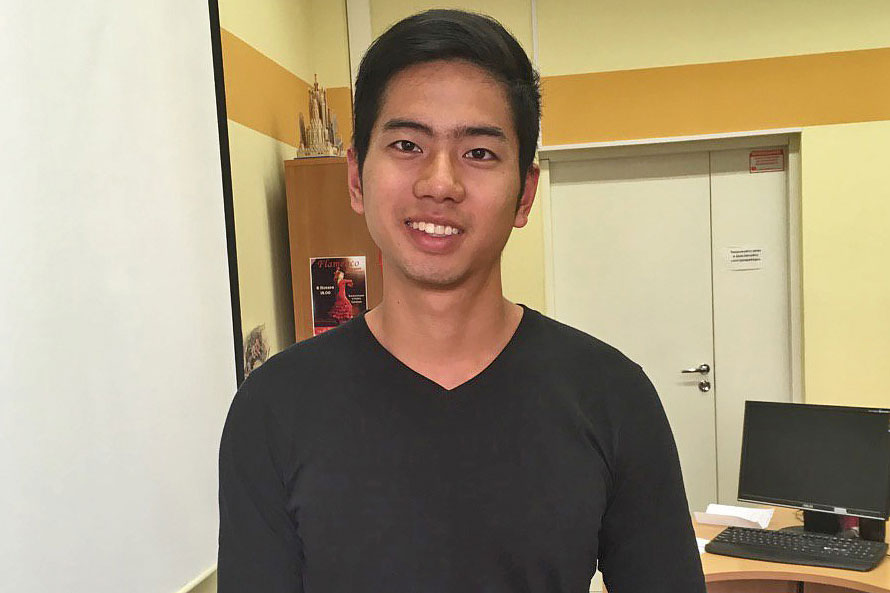 Emerson: Then we visited Pulkovo Observatory. We learnt that there are studied the key elements of modern astronomy: astrodynamics, dynamical astronomy, the Sun, solar-terrestrial relations and so on.

- What inspired you in St. Petersburg?

Singaram: I am fond of Hermitage. The architecture, beautiful sculptures, masterpieces of art... It's splendid!

Emerson: I was fascinated by Peterhof. This is a very historical place, and it is a great flight of imagination when you realize that there you kings and queens were, and now you may walk in these parks and gardens.

- What can you advise to the next students of International Polytechnic Summer School?

Singaram: Plan you expenses properly. The program of Summer School is very extensive, and there are lots of places in St. Petersburg to go. But there are places where you can't pay with a card, so it's better if you clarify these issues with tutors.

Emerson: Enjoy the history, the culture and the incredible atmosphere of St. Petersburg, listen to your professors and, of course, spend your time with fun!

- Singaram, Emerson, thank you very much for the interesting interview! Wish you good luck in all your projects!