On September 29-30, the second international scientific conference "GDTM-2021: Global Challenges of Digital Transformation of Markets" was held at Polytechnic University. The conference was organized by the Graduate School of Service and Trade and the Graduate School of Industrial Management of the Institute of Industrial Management, Economics and Trade. 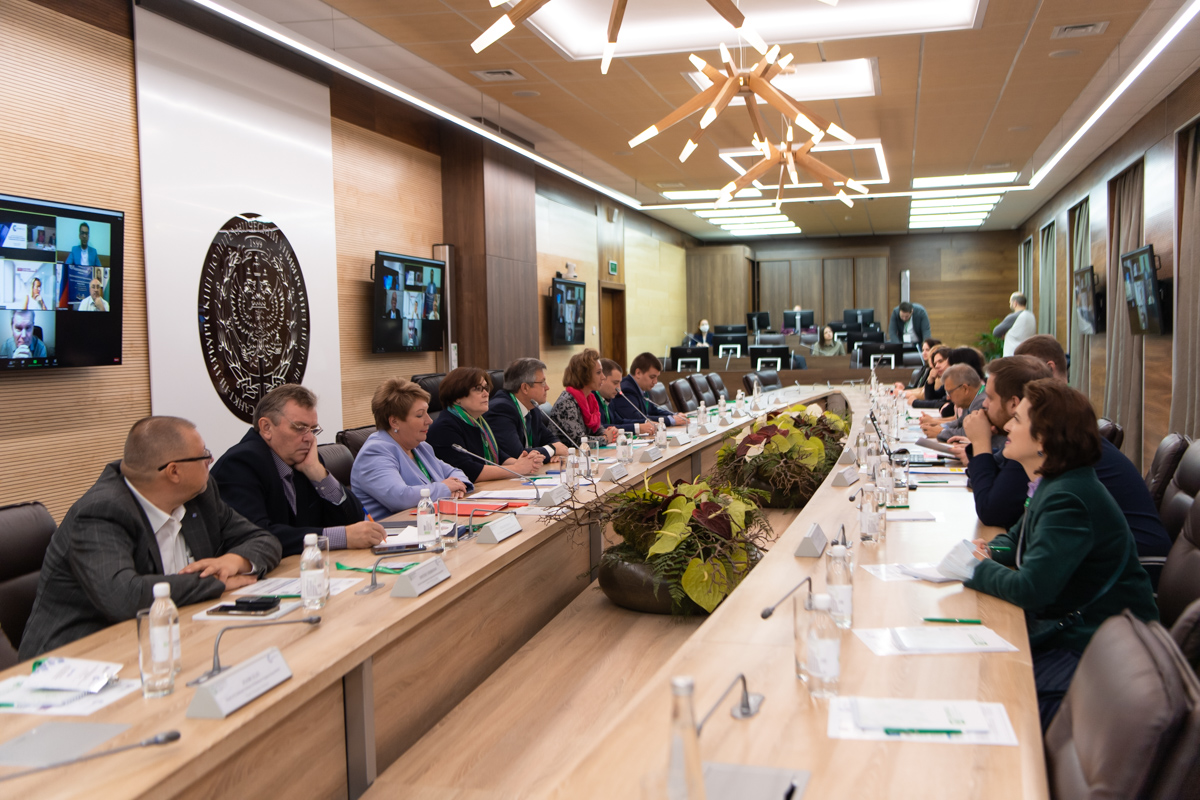 Due to COVID-19 pandemic a lot of international participants were not able to come to the Polytechnic University in person. For that reason, the conference was organized in a mix of offline and online formats. Indeed, the geographical spread of participation was very extensive: attendees from 21 countries presented their scientific works at the conference. Along with participants from Russia, there were colleagues from Germany, Great Britain, the USA, China, the Netherlands, Germany, Thailand, India, South Korea, Israel, the Czech Republic, Estonia, Poland, Denmark, Monaco, Bulgaria, Georgia, Armenia, Kazakhstan, Belarus, Ukraine and Moldova.

The online format of the plenary session of the conference was implemented on the basis of the Zoom remote conferencing platform. It was also broadcast on the Youtube channel, thanks to which the total audience of the event increased by more than 600 people from all over the world. The speeches of foreign and Russian speakers at the plenary session were watched in 10 countries along with Russia. 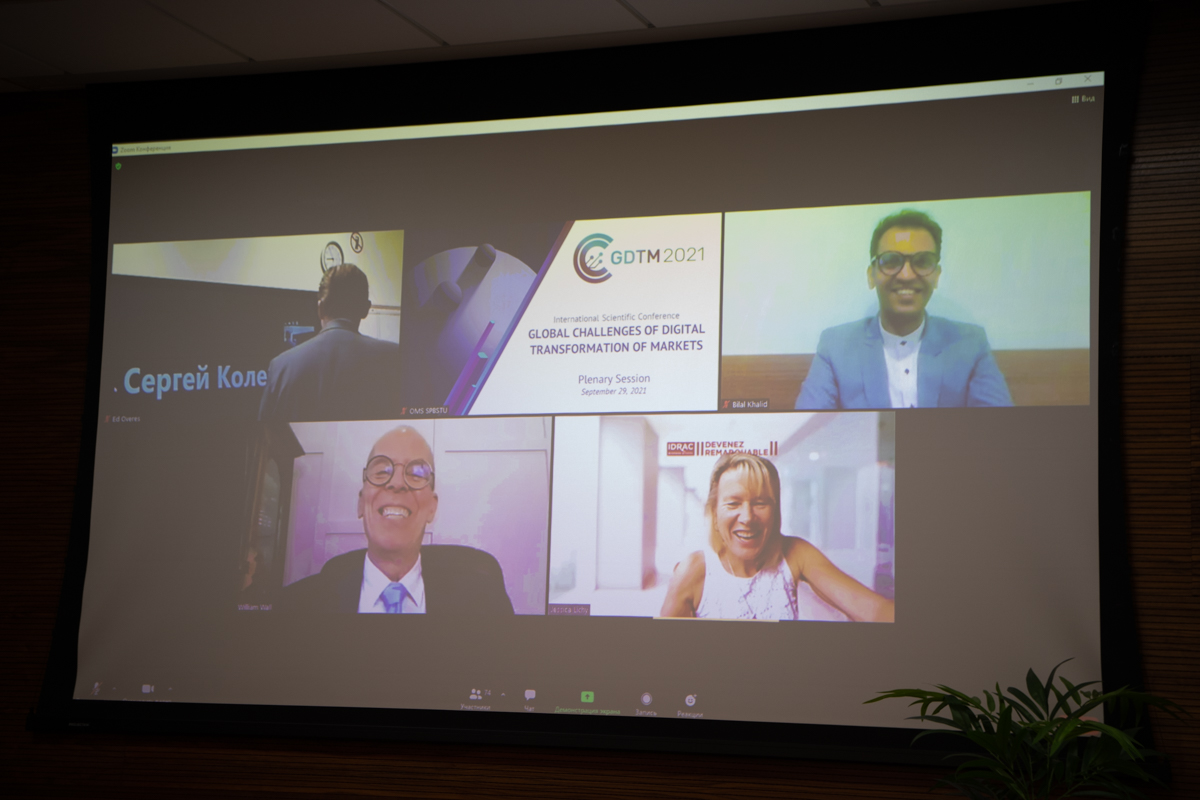 Vladimir SHCHEPININ, Director of the Institute of Industrial Management, Economy and Trade noted during the plenary session at the opening of the conference that IIMET already has a systematic positive experience in holding large-scale international conferences. When we at the Polytechnic University hold these types of conferences and when the proceedings of the participants are published in journals covered in the Scopus database, this is yet another step in promoting our university in top-level subject fields world rankings. This event is aimed at establishing new and strengthening existing ties among the conference participants, as well as creating conditions for effective interaction between the educational, scientific and industrial spheres, said the director of the Institute.

Indeed, thanks to international conferences held by IIMET (four scheduled Scopus conferences annually), the Polytechnic University made a breakthrough by 100 positions and took positions 301-305 in the subject ranking "Economics and Econometrics" of the QS World University Ranking.

Now the Institute's task is to maintain such a high position and advance in this ranking. GDTM-2021 is a good tool for meeting this challenge. Last year, we held the GDTM conference with the support of Program 5-100-2020, having won an open competition for projects at our university. This year we are holding this event on our own using the resources of two Graduate Schools, comments Mr. SHCHEPININ.

The conference will make a great contribution not only to the dissemination of innovative scientific ideas, but also to the maintenance and expansion of cooperation between representatives of various social institutions in different countries. I wish the conference participants fruitful discussions, new professional and scientific contacts, new projects and good luck. I would also like to note that as part of the preparation for this conference, we built the topics of breakout sessions in such a way as to strengthen our scientific groundwork for the strategic project of human-centered technologies in preparation for the Priority-2030 academic leadership program. Two tracks of the conference were devoted to the quality of life and human-centric technologies in the era of digital transformation, said Irina KAPUSTINA, Head of the Graduate School of Service and Trade, in her welcoming speech.

Being a kind of institutional scientific platform, GDTM-2021 provides an opportunity for the international integration of science, education and production to enhance the competitiveness of the economy, which is also achieved through the development of joint projects of our university with strategic partners - universities and enterprises, both in Russia and abroad. Also, such events allow identifying talented young researchers, including at the Polytechnic University, creating a positive practice of public speaking and scientific discussions, said Olga KALININA, Head of Graduate School of Industrial Management.

The reports of the plenary and breakout sessions were united by an urgent and important topic - the global challenges of the digital transformation of world markets. The accelerated digital transformation of society and the economy of most countries of the world, on the one hand, is capable of solving global and national problems of mankind, but on the other hand it can exacerbate many of them.  Among the problems to be solved, we should note the automation of routine processes, the formation of new business processes, the introduction of digital products and breakthrough technologies, the creation of end-to-end technologies, the effective establishment of communications, and an increase in the speed of decision-making.  However, at the same time, such problems as drastic changes in the labor market and the need for retraining; problems of "digital inequality" of people, organizations, countries; development of "electronic crime", manipulation of personal data of citizens are gaining momentum. Therefore, the tasks of identifying and assessing the global challenges of digital transformation, to which the GDTM-2021 conference was dedicated, are extremely urgent.

Alexey FADEEV, Doctor of Economics, Chief Researcher at the Luzin Institute for Economic Studies of the Kola Science Centre, Russian Academy of Sciences (IES KSC RAS), Executive Director of the Association of Polar Explorers of the Murmansk Region, the key speaker who attended the conference in person was awarded with a letter of gratitude from the steering committee of the conference. Letters of gratitude were sent by mail to the key speakers attending the conference in the online format. 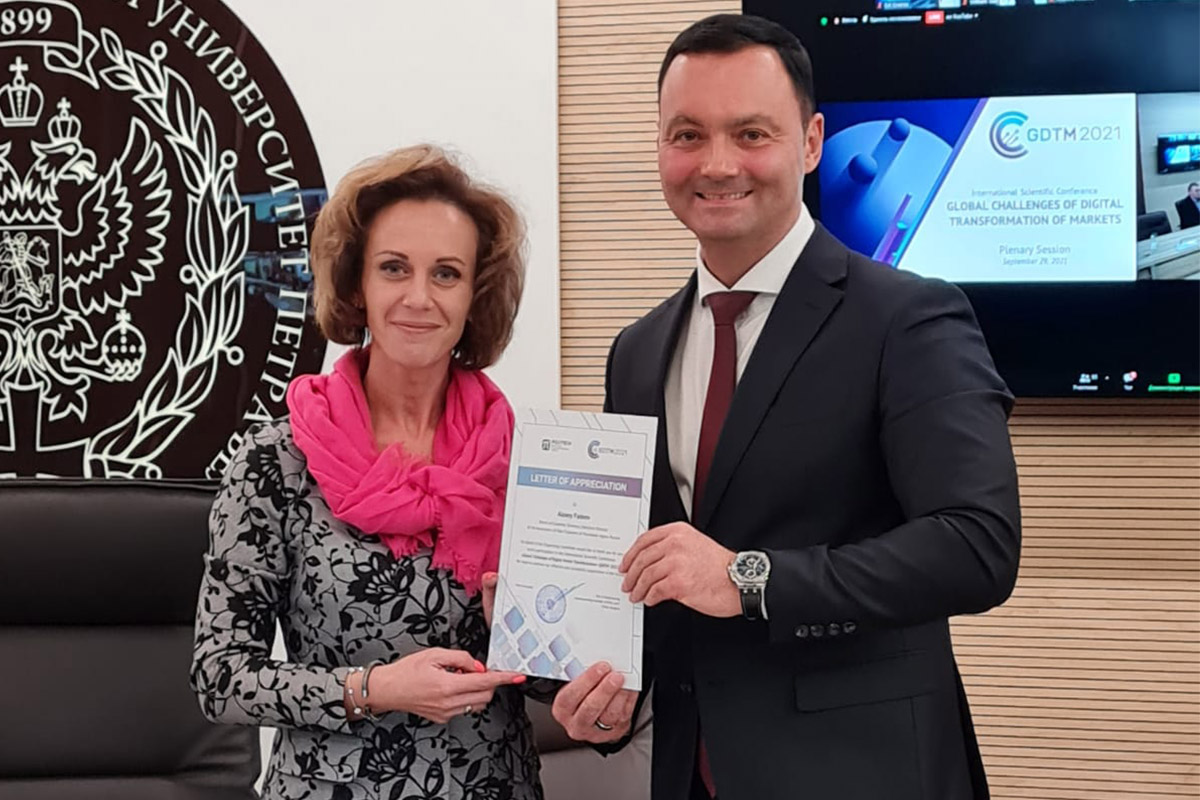 During the two days of the conference, the work of four sections was organized, the sessions of which were also held in a mixed format.

Summing up the results of the conference, the organizers noted the high productivity of the work, thanks to which new directions of common international research were identified to solve the problems considered.

Prepared by the Institute of Industrial Management, Economics and Trade