In mid-April, Peter the Great St. Petersburg Polytechnic University was visited by the delegation of the Free University of Brussels (Vrije Universiteit Brussel (VUB), Belgium). The delegation included Professor Ian Cornell, Vice-Rector for International Relations, Jacqueline Cowdery, Head of the International Office, Professor Dean Vucinic, Roger Vonk, Head of the Department of Electronics and Computer Science and others. 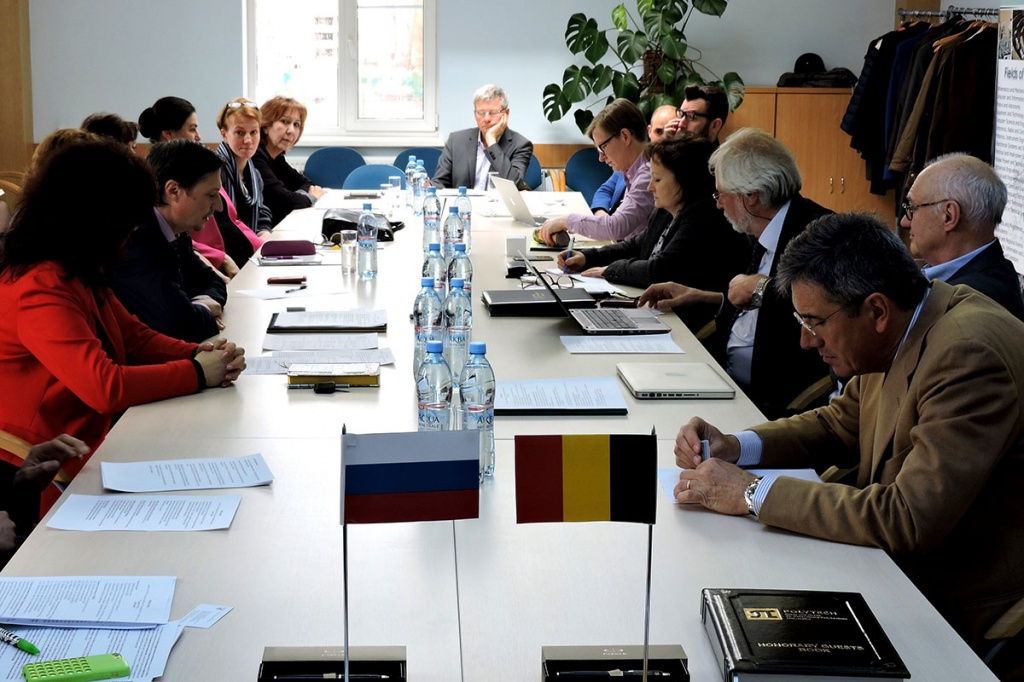 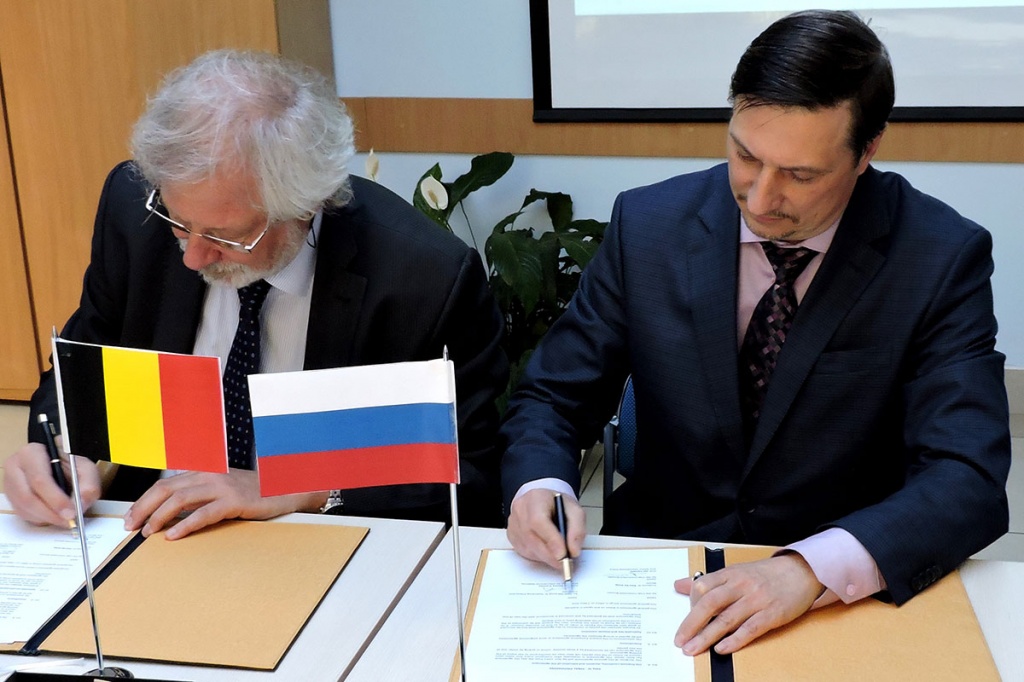 Cooperation with the Free University of Brussels is of great interest for SPbPU in terms of expanding the boundaries of international cooperation and developing a new partnership in Belgium. The Free University of Brussels was founded in 1970 and today it is one of the best educational institutions in Europe. More than 20,000 students are trained at 7 faculties. The educational policy of VUB is aimed at the interaction and cooperation of universities. University members often visit the leading universities of the Russian Federation with a view to the joint implementation of the various projects of national importance. 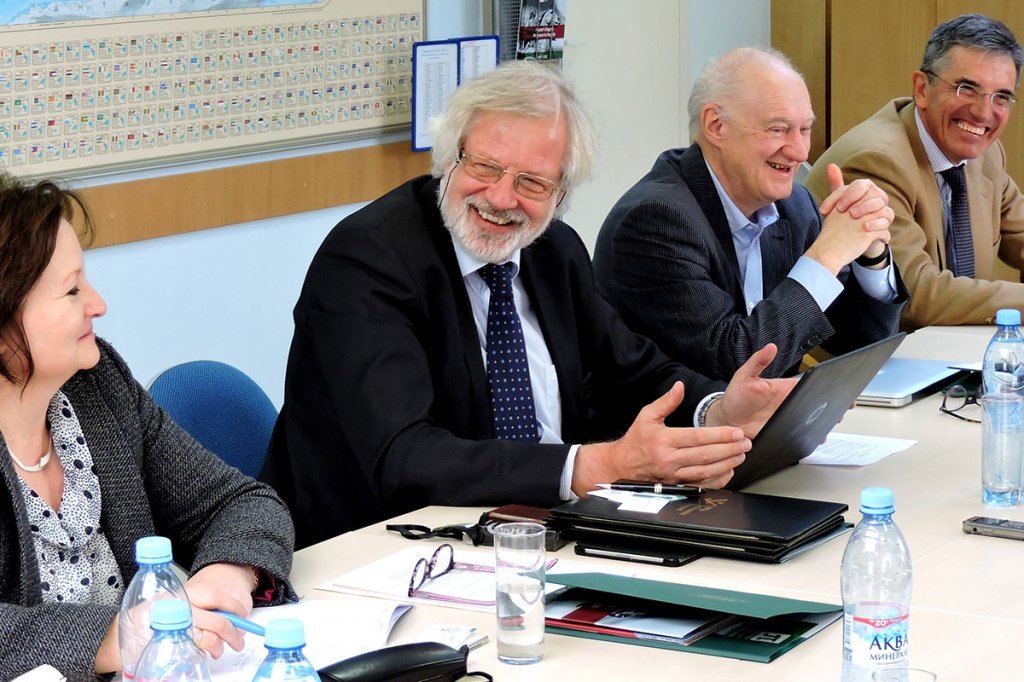 The Vice-Rector for International Relations of SPbPU D. Arseniev told the foreign guests about the development and achievements of the Polytechnic University. He pointed out that the Polytech has already had the experience of cooperation with Belgian universities. Thus, in 2013 an agreement was signed with the University of Ghent. To date, the interaction with this university is carried out within the Erasmus+ projects. 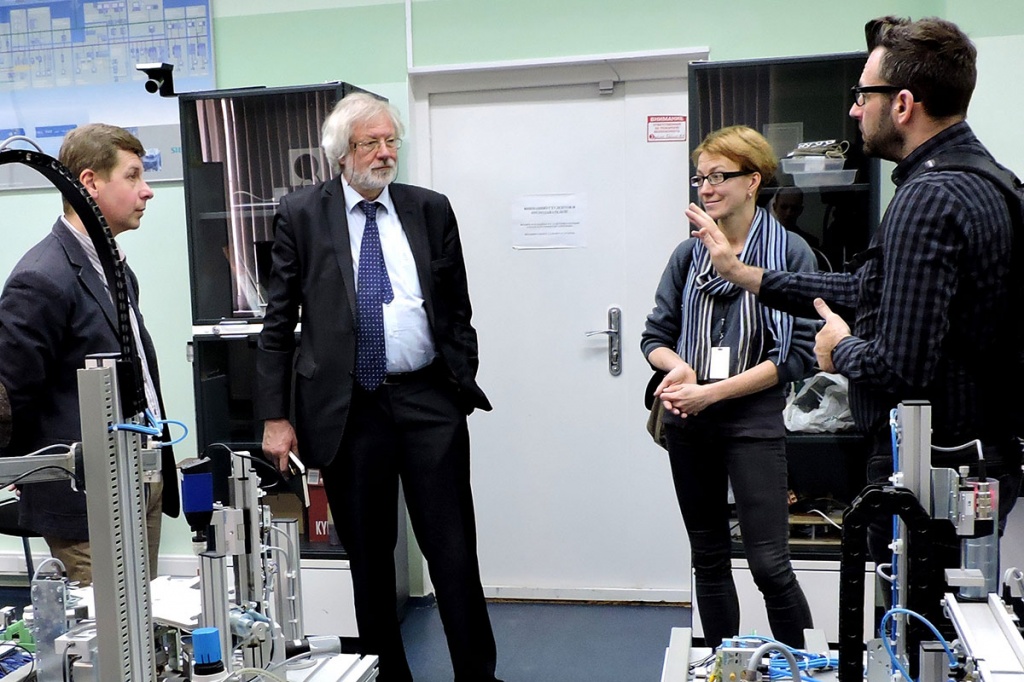 It was also mentioned during the meetings that students from Belgium are currently trained at SPbPU in the academic semester. They are particularly interested in a variety of educational programs taught in English.

During the talks with the delegation of VUB prospects of cooperation in the field of education and science, as well as issues related to academic mobility, such as student exchanges, guest lecturers, internships and summer schools, were discussed. Guests from Belgium showed a film about the achievements of the VUB. Keeping up with the advanced technology and world traditions is the main idea of the VUB. 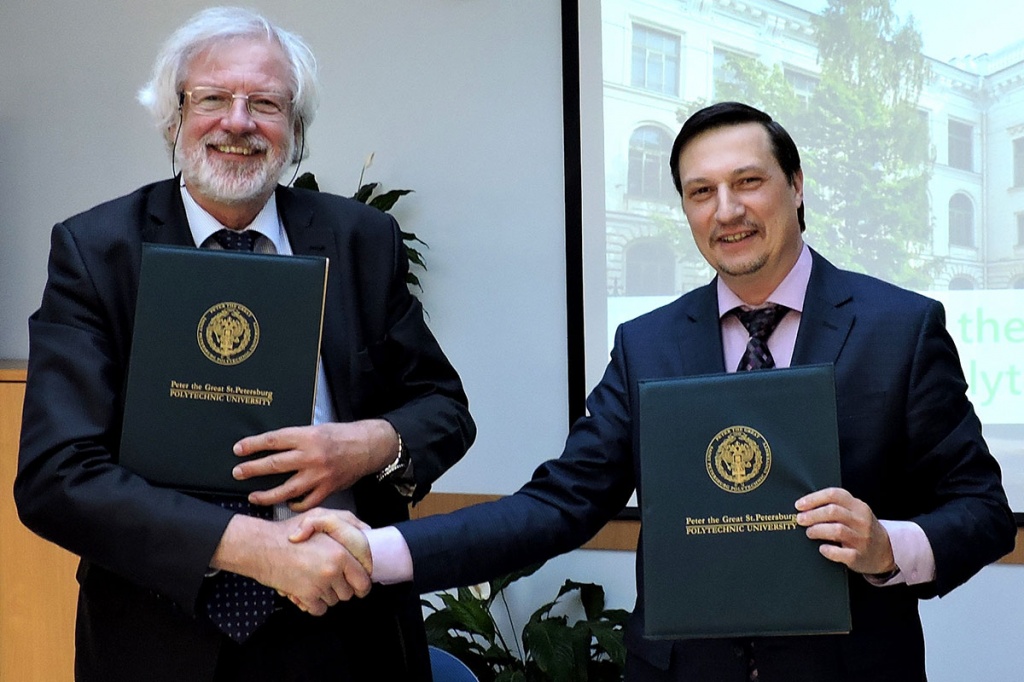 The letter of intent signed by both parties confirmed the mutual interest and willingness to work together. D.Arseniev congratulated the administration of the VUB on the occasion and presented souvenirs. This was followed by the round table discussions. The research groups of IAMM and IPNT (Institute of Physics, Nanotechnology and Telecommunications) made presentations of their proposals in the field of the joint development and educational programs.

During the meeting, the international services discussed the internationalization issues. Both sides pointed out the importance of cooperation between young scientists, post-graduate training and the joint scientific supervision of dissertations. These issues are reflected in the signed agreement. The participants agreed on the development of a pilot project for the graduate students exchange.

At the end of the meeting, V.Potekhin, Ph.D., Associate professor of the Department "Systems and control technology", Director of the North-West Inter-university Regional Educational and Research Center "SPbPU-FESTO" Synergy", organized an excursion to the experimental laboratory of SPbPU showing major achievements and innovations of the university to the representatives of the Free University of Brussels.

Free University of Brussels (Vrije Universiteit Brussel, VUB) was opened in 1970, when the Dutch - speaking departments of the French-speaking Brussels Free University (fr. Université Libre de Bruxelles), founded in 1834, formed a new University. The adjective "free" in the name of both universities implies their independence. Both universities are self-contained and do not belong to any of the educational institution networks (public and Catholic) existing in Belgium. Both universities adhere to the principle of freedom in scientific research and have the same motto - Scientia vincere tenebras (lat., to win dark with science).