Sound mind in a sound body! Regular exercise positively affects harmonious development of a person, help them overcome obstacles and have places of honor on a pedestal. 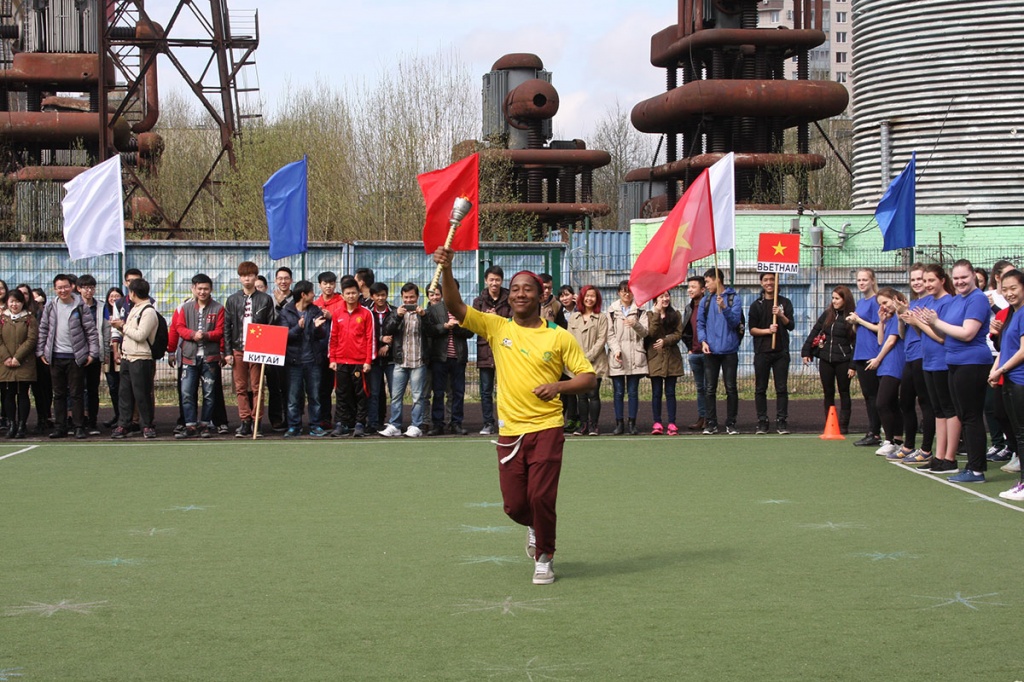 “Sport units people,” believe the foreign students studying in SPbPU. It should be noted that participation of foreign citizens in various sport events is a part of the general adaptation program for foreign students, which is aimed at tackling important issues related to increase in motivation of the students and creation of favorable conditions facilitating their studies in the Polytechnic University.

Thus, just recently SPbPU held 15th Lesser Student Olympic Games, organized by the IPEST jointly with the IIEP. Representatives from more than 50 countries of the world that study at different universities of St. Petersburg took part in the Games. The Olympic flame was set by Chanda Chishimba, student from South Africa, while the flag was raised, under accompaniment of the “Democratic Youth Hymn”, by Chuluun Serge Batdorzh (Mongolia), the Chairman of the Foreign Student Sport Council. 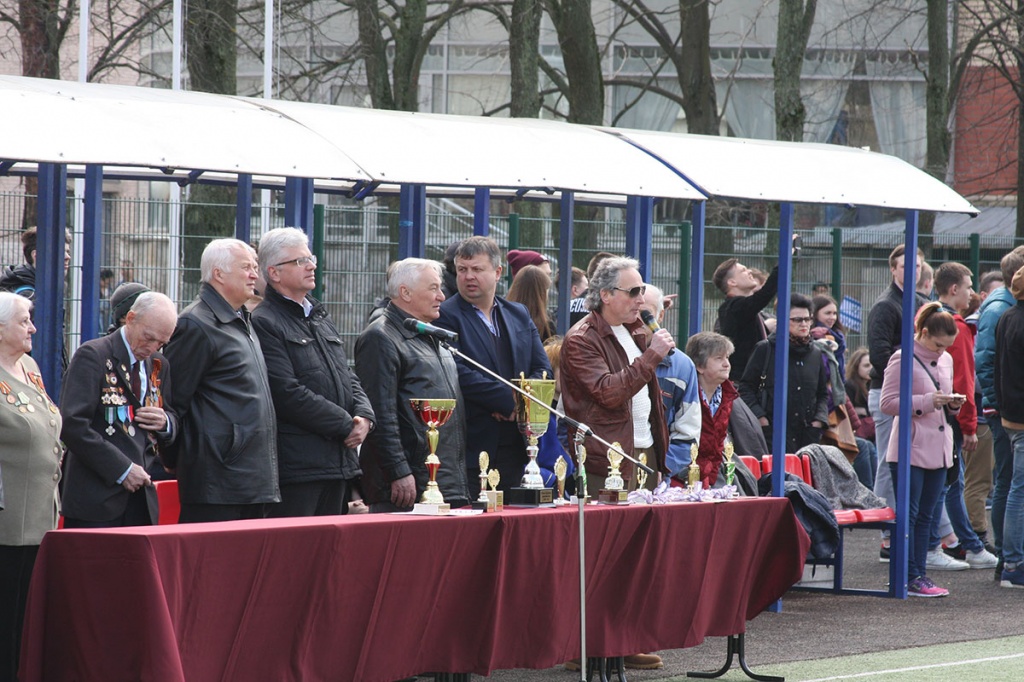 The students were congratulated on the opening of the Lesser Student Olympic Games by L.P. Shiyanov, chairman of Voluntary Fitness and Sport Society, V.P. Suschenko, director of the IPEST, A.M. Alexankov, director of the IIEP, Al Judi Vaddakh, representative of the Russian-Arab society, I.I. Baranova, head of the department “Russian as a foreign language” and other guests of honor.

The foreign Polytechnicians made everyone happy with excellent results and achievements. In the badminton competition the best results were shown by the Vietnamese students, the unquestionable champion in street-ball was a team from China. In addition, a lot of students were awarded certificates of honor for their active work in Sportsovet. 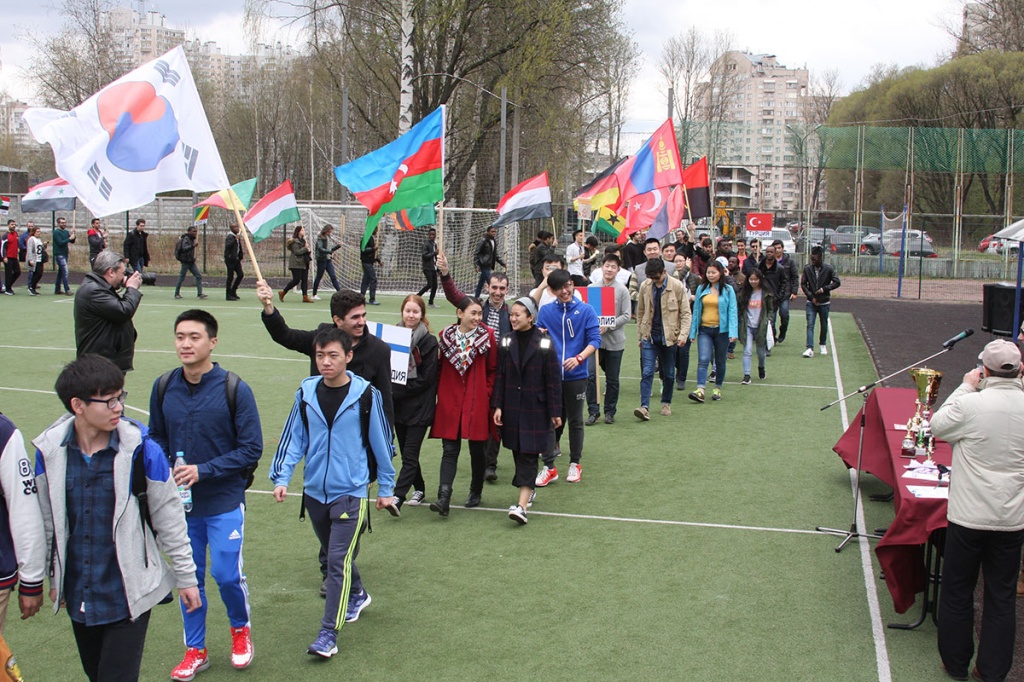 Another international sport even was a football match between foreign students of St. Petersburg, including those from the Polytechnic University, and SPbSU students. The match was dedicated to the first international football match of the year 1911 between Britain and Russia.

It was pleasant to see that the foreign students of the Polytechnic University demonstrated harmonious team game, excellent physical fitness and were able to decently fight off the opponents. 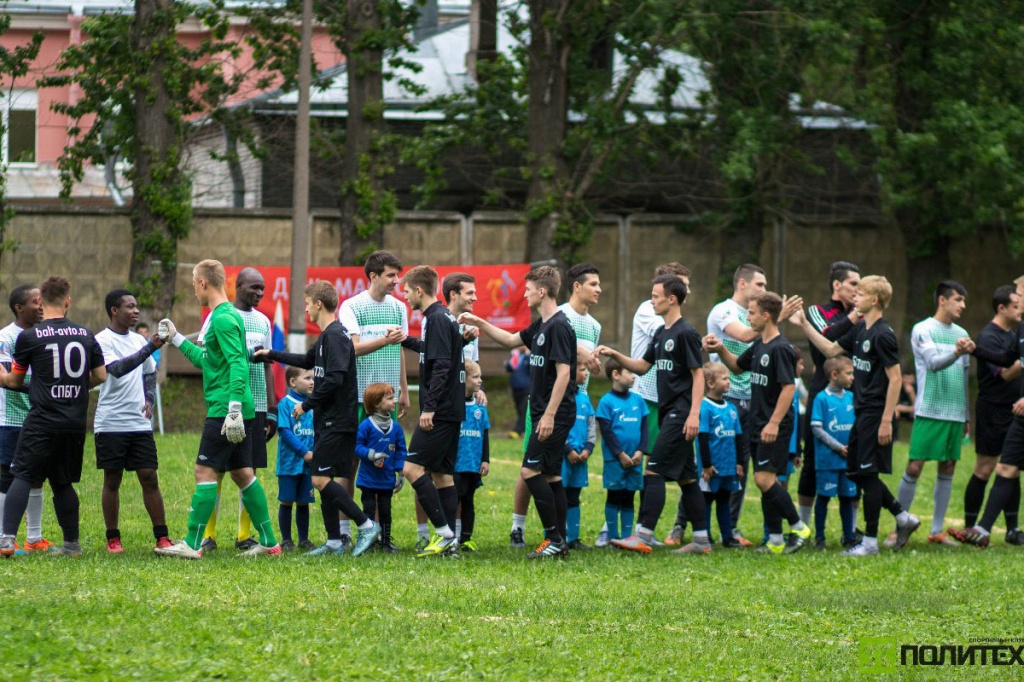 “International football for us is, first of all, friendship between students from various countries of the world,” shared his views one of the participants of the match.