What has already been done and what is yet to be done for international students: SPbPU at the meeting of the Federation Council

“The development of exporting education is an important national task for Russia,” said V.M. KRESS, deputy head of the Federation Council Committee for Science, Education and Culture, at the round table which took place on November 8, 2018 at the Federation Council. The round table “On the Measures for Increasing the Number of Foreign Citizens Enrolled in the Institutions of Higher Education and Scientific Organizations” brought together leading universities of Russia: SPbPU, RUDN, HSE, Pushkin Institute, Lobachevsky University, etc. Representatives of the Ministry for Science and Higher Education, Rossotrudnichestvo, Rosobrnadzor and the Russian Academy of Education had also taken part in the round table. 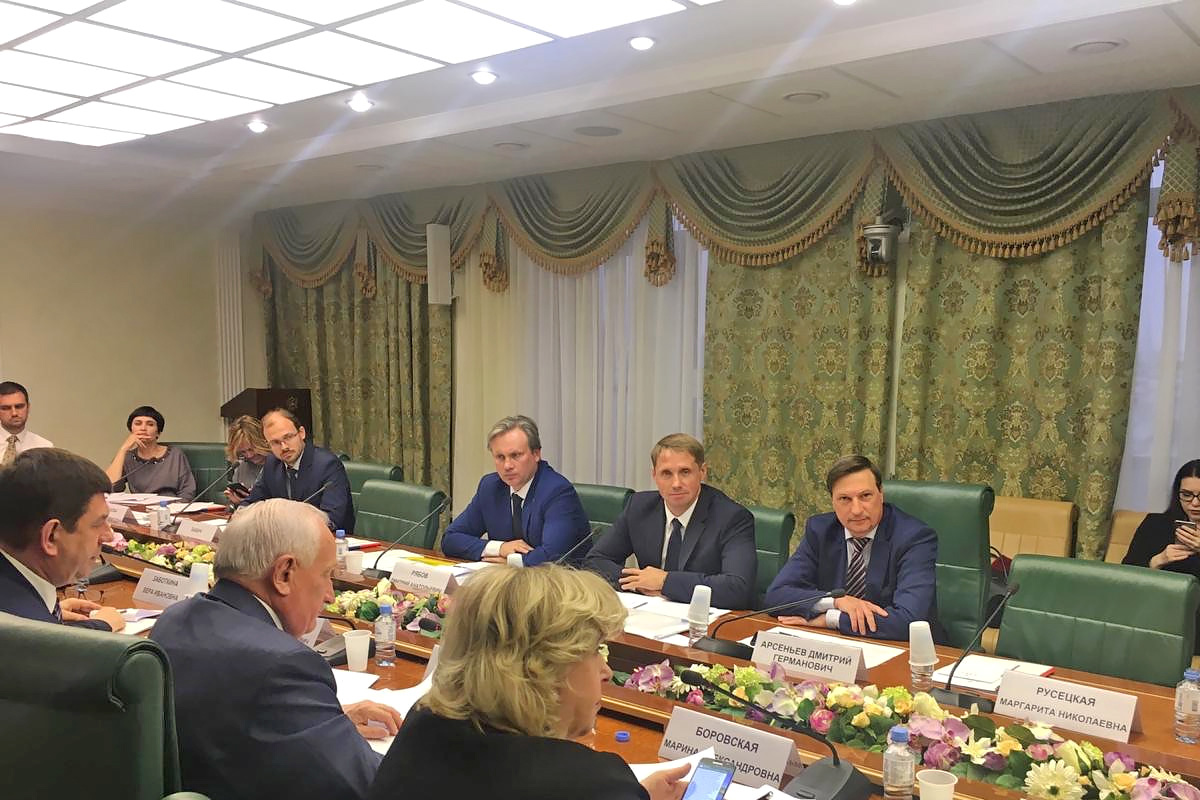 SPbPU remains an example for many others: since 2013, the number of international students at the university has almost tripled: today, 4,170 people from 115 countries study in the degree programs of the university. To a big extent, this task is supported by a set of activities to promote Russian education and attract talented foreign students developed by the Association of “Global Universities.”

“The leading RF universities have gained a huge experience in exporting educational programs in order to attract foreign students. We participate in the major educational exhibitions around the world; we actively represent the university on international educational portals and the resources of the Ministry of Science and Higher Education; we interact with representatives of Rossotrudnichestvo, establish international educational programs in foreign languages and expand student exchange programs. At the same time, though, there is a number of issues that currently impede the achievement of a 2-fold increase in the number of foreign students and must be resolved at the regional and federal level,” D.G. ARSENIEVv stressed in his presentation. The SPbPU vice rector indicated the lack of infrastructure as one of the key issues (in particular, insufficient amount of dormitories), the need to improve clerical work on the registration of foreign citizens at the Directorate for Migration of the Main Directorate of the Ministry of Interior, and employment of international students during their study and after graduation.

“We are trying to solve certain tasks on our own: in particular, we are working on the implementation of the Technopolis Polytech project, the first and only in Russia university campus in the field of engineering and technical sciences,” said the Vice-Rector.

The audience very much appreciated the SPbPU presentation. The Deputy Minister for Science and Higher Education of the Russian Federation M.A. BOROVSKAYA drew attention to the importance of creating an effective employment system for the best international students and graduates of Russian universities, in particular, by increasing the number of jobs. The participants of the round table had also discussed the issues of optimizing the system of recognition of Russian educational documents in other countries; measures for increasing the attractiveness of training and re-training programs, and advanced professional training for foreign citizens in Russian educational institutions and research centers.