SPbPU strategic partners are in play with the events related with the 120th anniversary of the University. Last week, a representative delegation from Zhejiang University (PRC), headed by Vice-President of Zhejiang University, Vice-Secretary of the University Party Committee Mr. ZHENG Qiang visited our university. Our foreign guests had prepared a surprise for their Russian colleagues: alongside the staff and students from the university, the Orchestra of Graduate and Postgraduate Students from the Zhejiang University arrived in Russia. The Chinese partner’s musical gift to Polytechnic University was a concert in the White Hall, where everyone could get acquainted with the musical traditions of many centuries of Chinese musical culture. The concert was a great success, and gathered a full hall of grateful listeners. 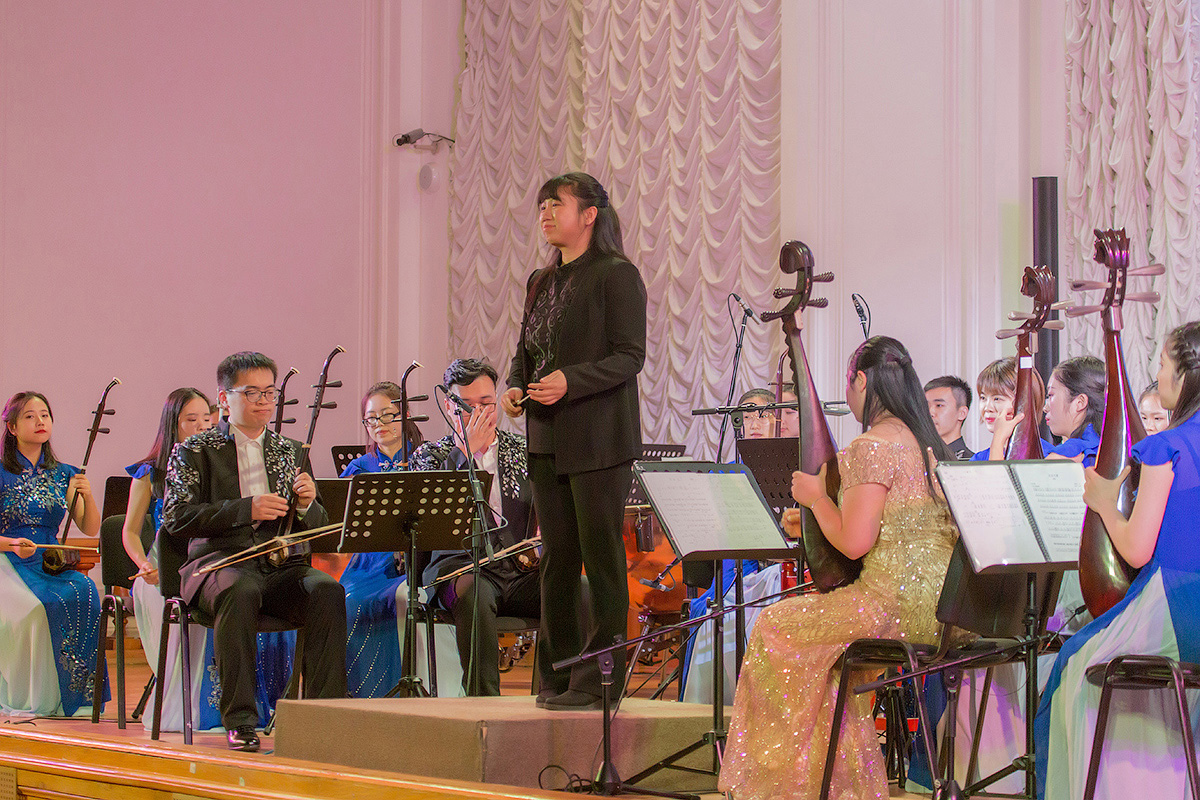 The negotiations with the leadership of SPbPU on future cooperation were an important part of the visit. Colleagues from Zhejiang University (ZJU) met with the team of the International Services to discuss the key tasks for further cooperation. Vice Rector for International Relations D.G. ARSENIEV pointed out that academic mobility between the two universities keeps growing: in 2018, more than 60 students from ZJU had come to Polytechnic University to study under various educational programs, while in 2019, 80 students from the partner university are getting ready to attend the Russian language module of the International Polytechnic Winter School. 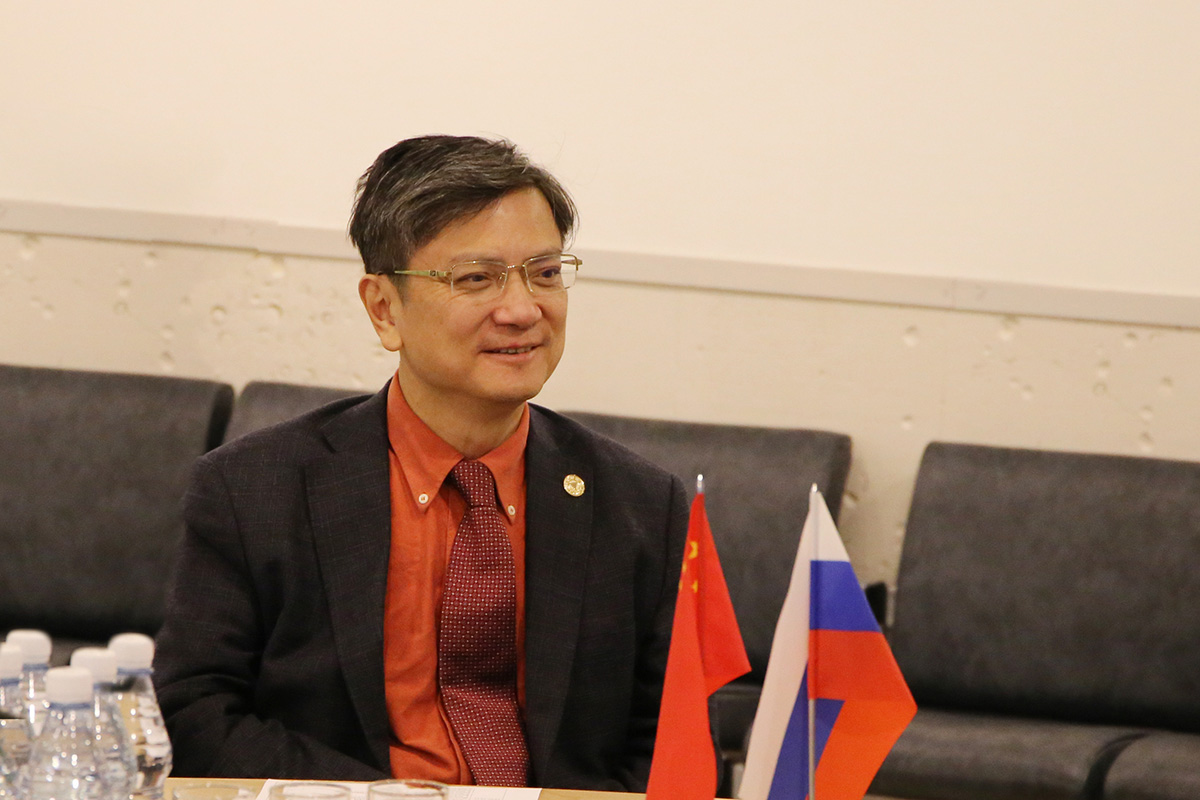 Both parties agreed that it is important to further develop academic mobility of students and professors. Creation of joint international double diploma educational programs, inviting professors and researchers from ZJU to teach lectures, and holding the traditional “Days of the Russian Language” at the base of ZJU might be good solutions.

The use of the SPbPU Representative Office in Shanghai as a platform for the events in the sphere of academic and scientific cooperation between Russia and China was another topic of the discussion. Both universities expressed interest in the establishment of joint research projects and development of cooperation with Chinese industrial companies. SPbPU and ZJU already have joint experience of the kind: universities cooperate with the ENV industrial company. 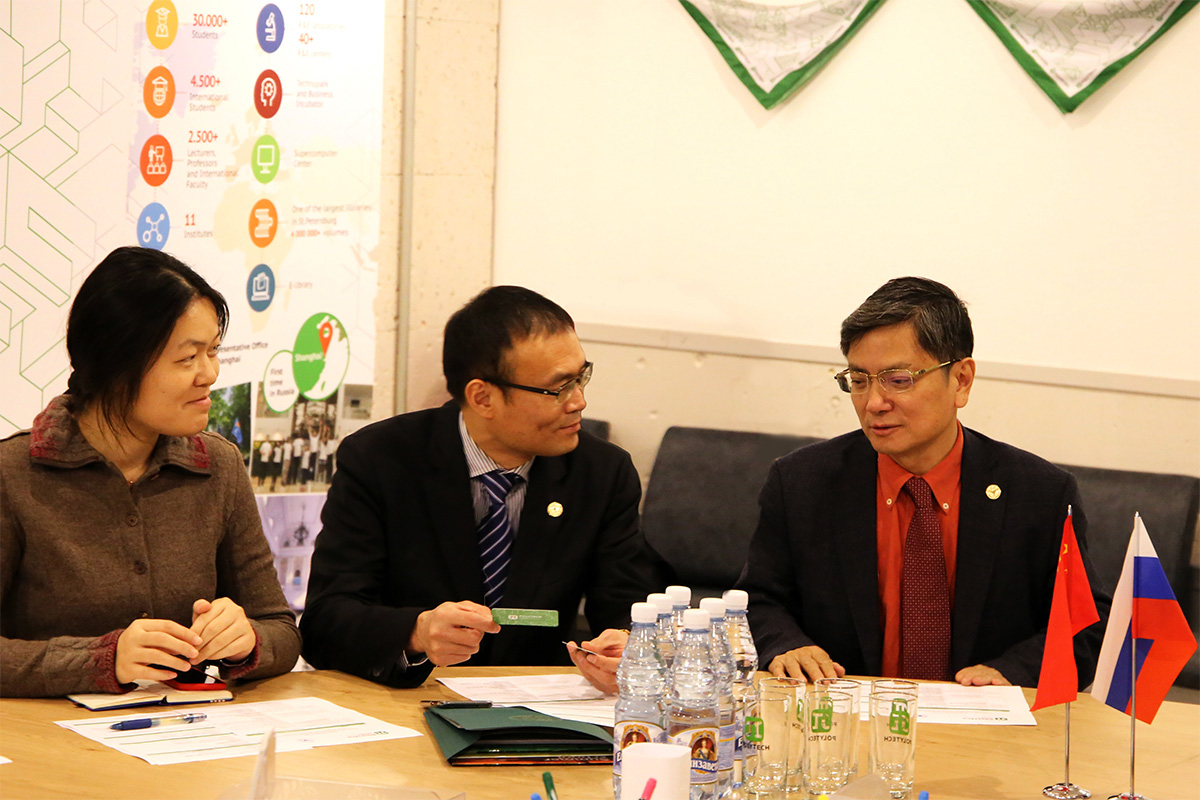 This year, students from Zhejiang University came with the official delegation to SPbPU to participate in the fall school. The school for graduate and postgraduate students of the ZJU has been organized since 2012 on the basis of the Higher School of International Educational Programs (HS IEP). Its main goal is to brief Chinese students on Russian history and culture. During the last week, young people had been listening lectures on the history of Russia, Russian culture and Russian folk arts, and learned the basics of the Russian language.

Traditionally, the educational process includes classes where Russian students studying Chinese participate in the discussions with students from China. The young people spoke about the similarities and distinctions in the educational systems in Russia and China; talked about the history and the development of the relations between Russia and China at the present time. Associate Professor of HS IEP I.I. BARANOVA concluded the program of the fall school with classes in which the students learned about Russian folk arts and listened to traditional Russian fairy tales and songs. As it turned out, the "Turnip" story was the most congenial to Chinese students! This could be explained by the traditional for China concepts of joint efforts, consent, and importance of each character in a joint activity.

“Graduate and postgraduate ZJU students come to SPbPU twice a year. Our teachers tell them about the major St. Petersburg cultural monuments and landmarks of Russian history, and prepare a broad cultural program for them. We are very glad that the number of young people from China interested in knowing Russia keeps growing from year to year, and we are getting ready to meeting 80 students from ZJU in the Russian language and culture modules of the International Polytechnic Winter School. That will be interesting!” concluded Director of the Higher School of International Educational Programs V.V. KRASNOSHCHEKOV.