Student Exchanges and WC2: What Is New in the Strategic Partnership between Polytechnic University and PolyU

On June 5, a delegation from the Hong Kong Polytechnic University (PolyU), a SPbPU strategic partner, led by Vice President on student issues Professor Geoffrey Qiping SHEN visited Peter the Great St. Petersburg Polytechnic University. Cooperation between the two universities is developing in a very dynamic rhythm and covers several areas: SPbPU and PolyU interact within the frame of the WC2 university network, while creation of a joint postgraduate studying program is under discussion. Besides this, starting of 2016, 7 postgraduate students from the Institute of Applied Mathematics and Mechanics (IAMM) and Institute of Industrial Management, Economics, and Trade (IIMET) went to Hong Kong for studying, while two more postgraduate students, who have passed through a competitive selection, will go to PolyU in September 2018. 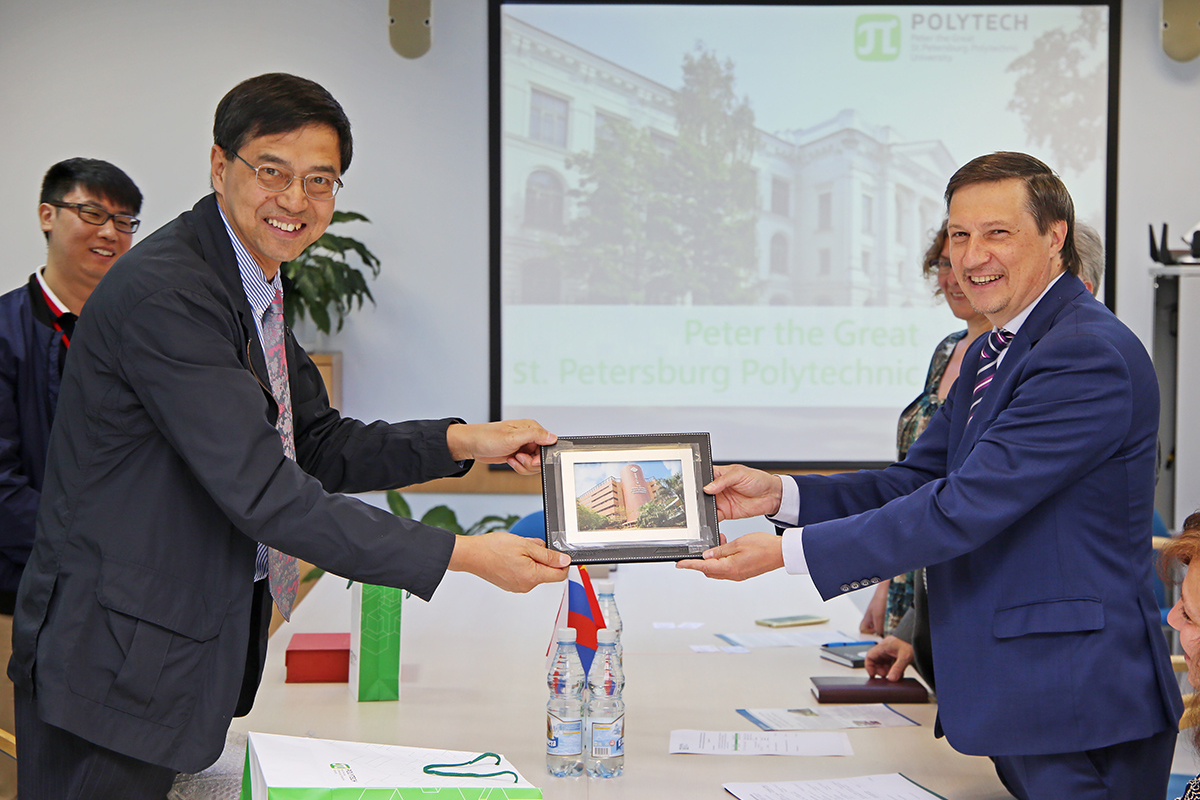 Development of new stages of cooperation in the educational and scientific components and in the sphere of student exchanges became the highlights of the PolyU delegation's visit to Polytechnic University. The foreign colleagues visited the Resource Center of the SPbPU International Campus where they were greeted by SPbPU Vice Rector on International Activities D.G.ARSENYEV, director of the Department of International Cooperation V.D. KHIZHNYAK, and other employees of the International Office and SPbPU institutes. “We are thrilled that both universities have a broad scale of areas of mutual interests and are focused on strengthening of the partner relations. We see mutual understanding and are ready to move forward in the sphere of global inter-university cooperation within the frame of the WC2 global network, in the sphere of student exchanges and in project activities of our specialists,” D.G. ARSENYEV stressed. In his reply, Vice President of PolyU Professor Geoffrey Qiping SHEN thanked the SPbPU leaders for the warm welcome. “St. Petersburg and Hong Kong Polytechnic Universities have a lot in common, and harmonic development of the relations between the two universities allows us to make new steps in strengthening our cooperation,” Mr. SHEN added. 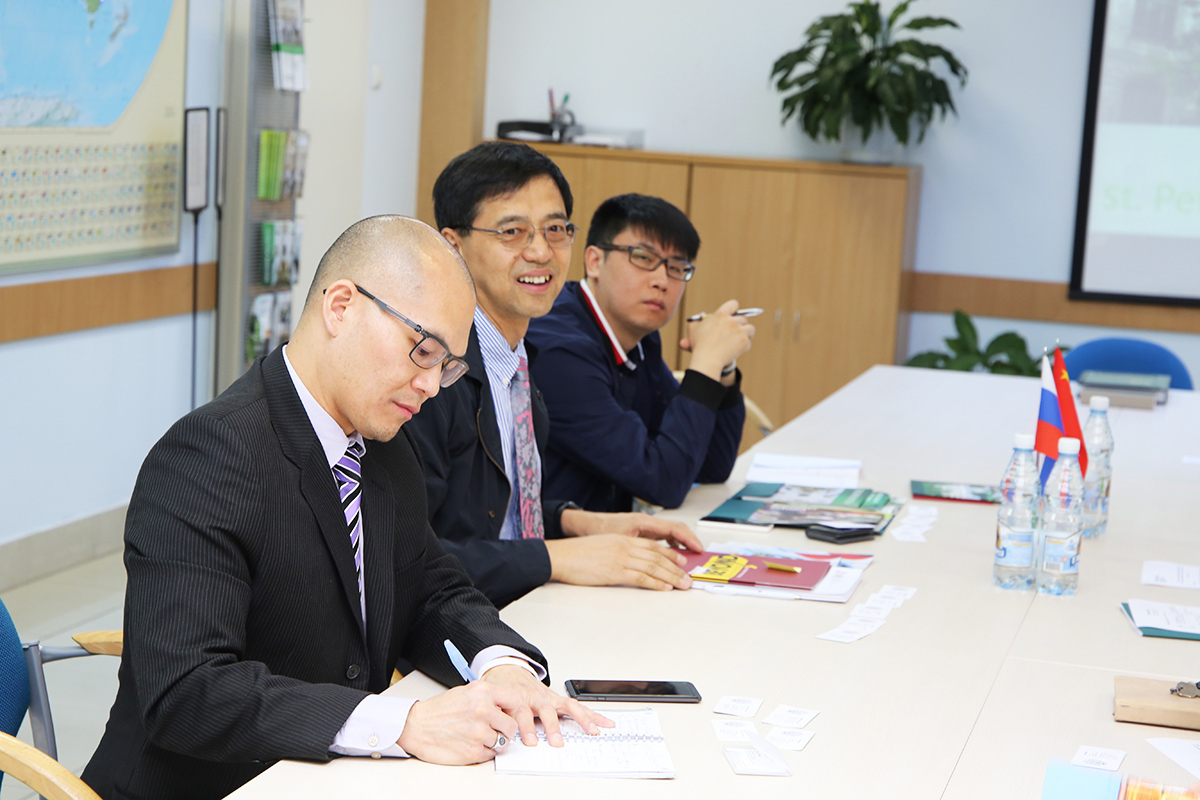 The parties discussed the possible options for inviting PolyU students for the Master’s degree and postgraduate programs at SPbPU, and also the International Polytechnic Summer School dedicated to prospective areas of cooperation. Another important theme in the negotiations was the plans on realization of joint R&D projects and preparation of scientific publications in the fields of core interest for both universities. These include intellectual robotics, artificial intelligence, control systems, system engineering, biomedical technologies, etc.

Another major goal which the Hong Kong colleagues came to St. Petersburg with was launching a joint international complementary educational program, namely “Inter-cultural and cross-disciplinary researches in the infrastructure projects ‘One Belt, One Way’.” Its initiator and director is Vice President on student issues Professor Geoffrey Qiping SHEN; project coordinators are V.A. ZHGUN (coordinator of IIMET international educational programs) and PolyU representative Xue LING. Within the frame of this educational program, professors from Hong Kong and St. Petersburg Polytechnic Universities teach classes along with representatives of various companies. Professor from PolyU Ivan YING-KAI CHUNG delivered a lecture. The implemented program caused a huge interest which was confirmed by the number of its attendees: altogether, 35 students from various Chinese universities came to take part in it. 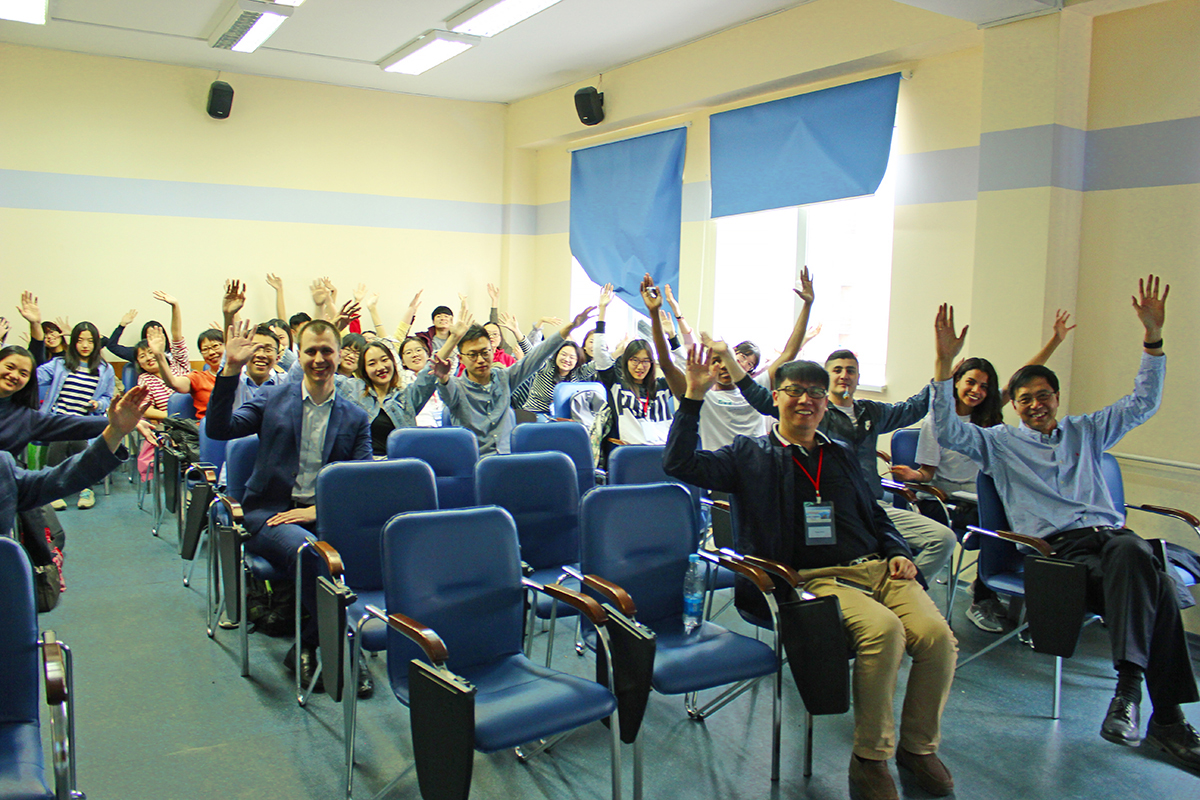 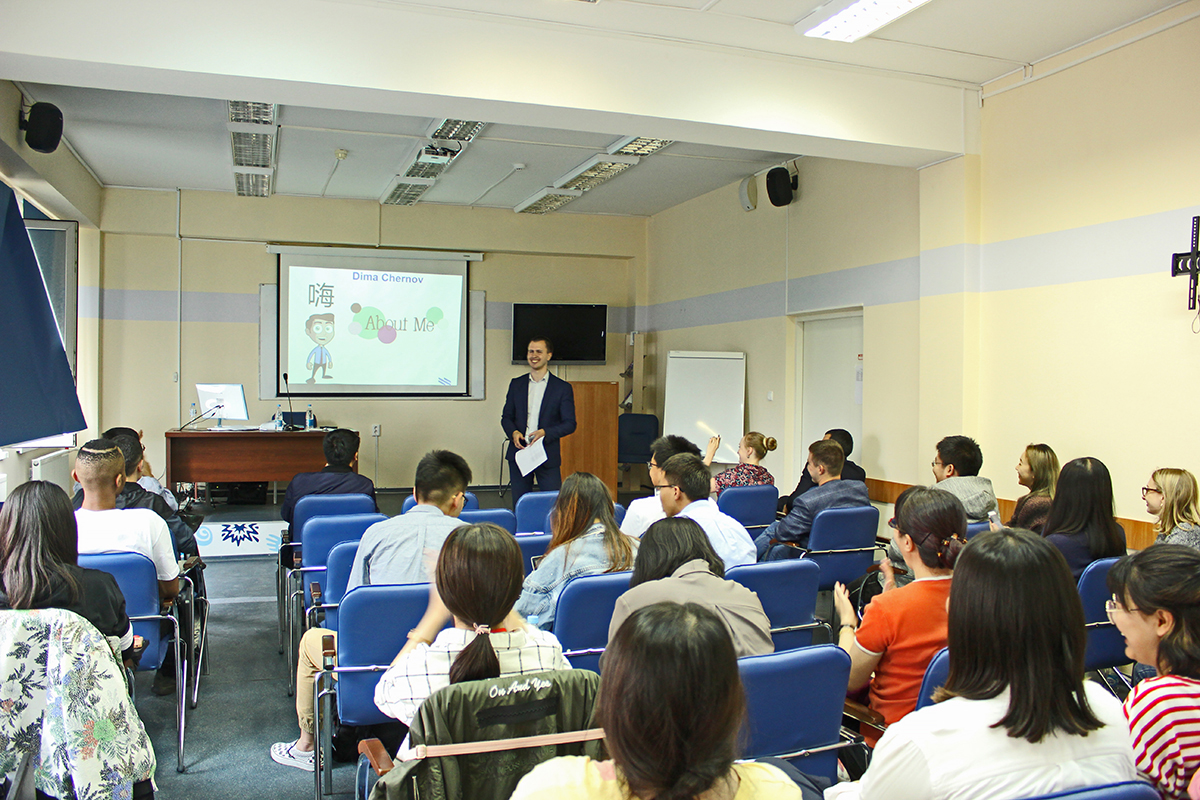 Development of cross-mobility of students and teachers plays an important role in the interaction between the two universities: besides the internship program for postgraduate students and the newly launched project, many SPbPU and PolyU students will take part in the summer schools’ programs in 2018. And this is a vital landmark in the development of cooperation not only at the university but also the state level. As it is commonly known, the success comes out from mutual understanding and on-going dialogue.