The summer at the official Representative Office of SPbPU in China turned out to be quite productive: in July and August, the team of the Shanghai Polytechnic University office participated in a series of major meetings and negotiations, held a number of large-scale international events and hosted delegations of Chinese universities and companies. About this and not only you can read in our traditional news digest from the Middle Kingdom. 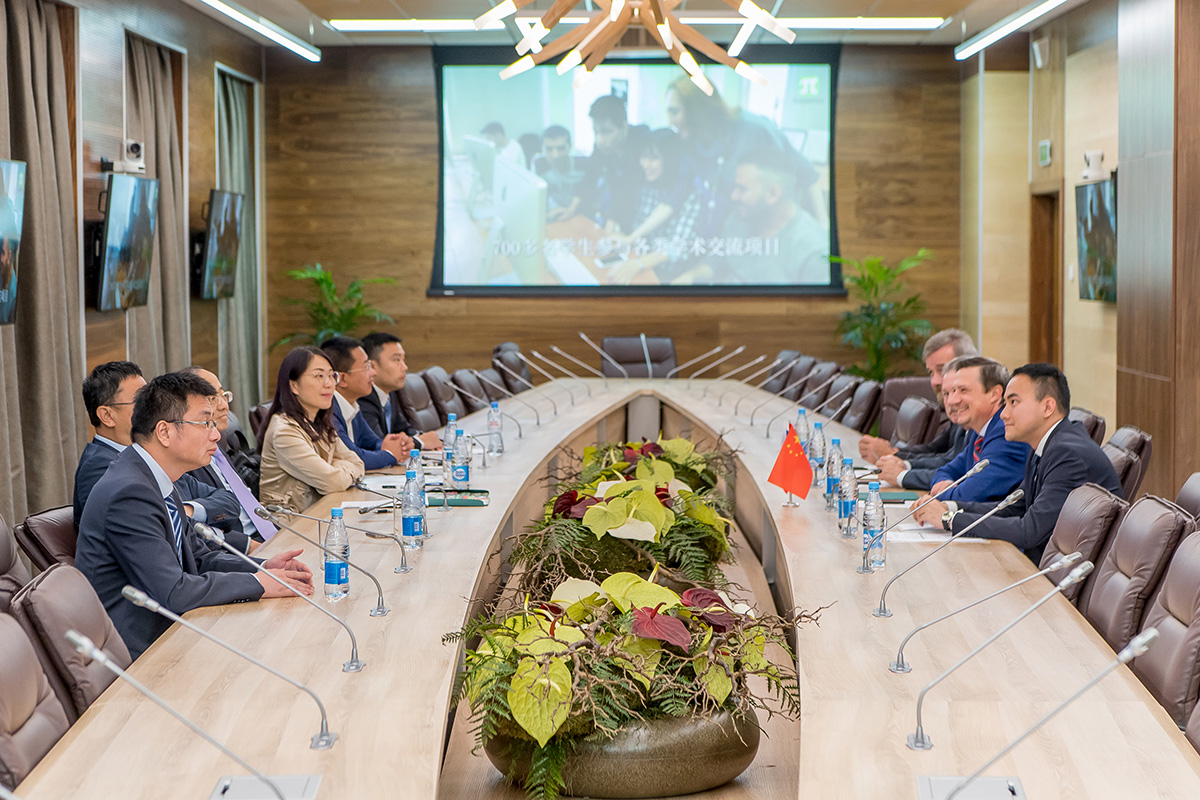 Development of cooperation with industrial companies

In July, the Mission team negotiated with employees of the Shanghai Huahong Group. Chinese colleagues got acquainted with the activities of the Department of Integrated Electronics of the Institute of Physics, Nanotechnology and Telecommunications of St. Petersburg Polytechnic University and considered the projects implemented at the Department. In the near future, two priority projects will be selected to become the basis for cooperation between SPbPU and Shanghai Huahong Group.

The same month, the Representative Office was visited by a delegation of the TianChong Metalworking LLC. The delegation members got acquainted with SPbPU scientific and educational projects, namely, new composite materials based on copper and hardened carbon nanostructures. Besides that, the parties discussed advanced training courses; the company plans to send its specialists for internships at SPbPU shortly.

In August, negotiations with employees of Weigao Orthopedic Materials, a Shandong company, were held at the SPbPU Representative Office. The meeting focused on SPbPU biomedical projects. Employees of the office presented such projects as bioresorbable suture threads based on chitosan; fiber-optic devices; a bionic prosthesis of the hand; prostheses of blood vessels based on nanofibres, etc.

Development of cooperation with academic partners

Cooperation with Xi'an University of Technology, which SPbPU opened a joint internship center with last June, is gaining momentum. In late July, an XUT delegation visited the Representative Office to negotiate on expanding cooperation with Polytechnic University. Chinese colleagues noted that cooperation between XUT and SPbPU is expanding and expressed the hope that in the near future universities will be able to interact on scientific and technical projects. The parties also discussed internships for foreign specialists and faculty exchanges. 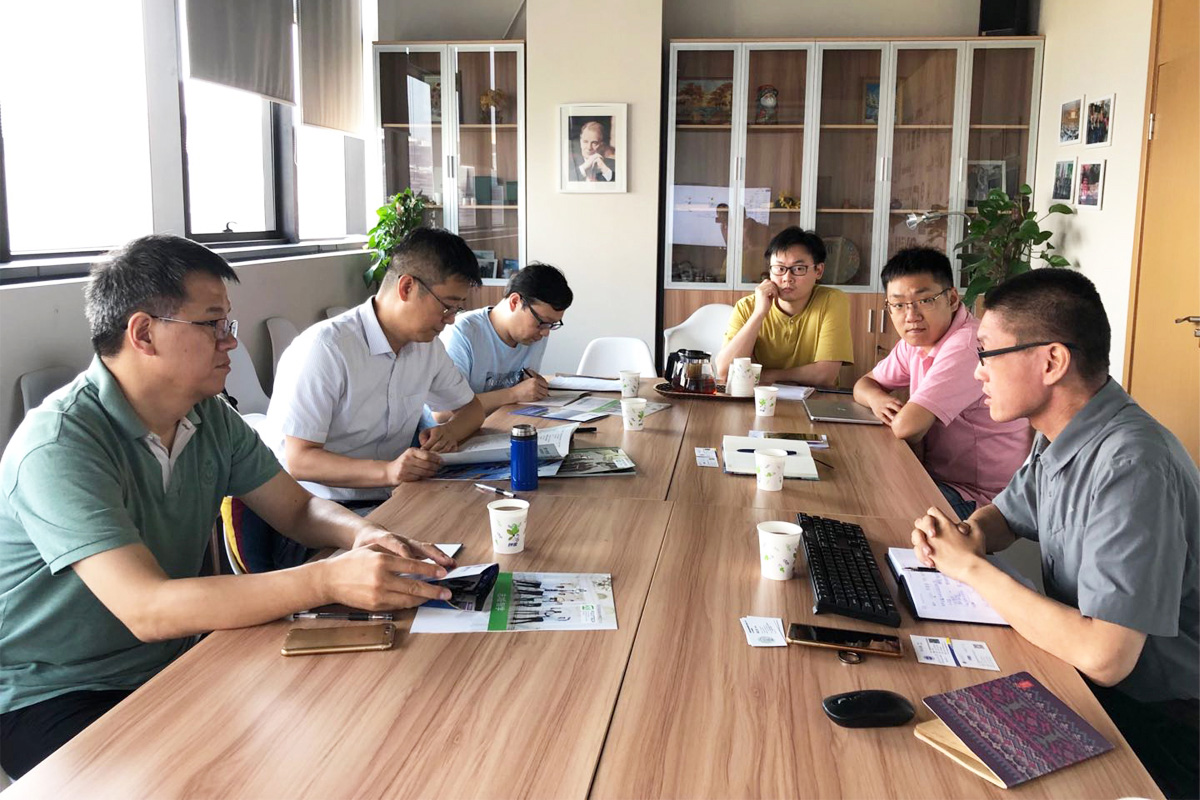 The Shanghai office team held a series of negotiations with the Shanghai University of Politics and Law. In particular, colleagues discussed the possibility of creating a joint inter-university program. The cooperation agreement is planned to be signed in the fall, and the first students will come to study at SPbPU already next academic year.

Last July, teachers of the Shanghai College of Foreign Languages – participants of the qualification enhancement program “The Russian language and methodology of teaching it” - completed their studying at SPbPU. Cooperation with colleges is an important area of international activities of the SPbPU Higher School of International Educational Programs. Colleagues from China attended a course of lectures on the general knowledge of Russian as a foreign language, studied the contents of a standard test in the Russian language and features of the grammar system of the Russian language; they have significantly improved their familiarity with modern technologies for teaching foreign students. 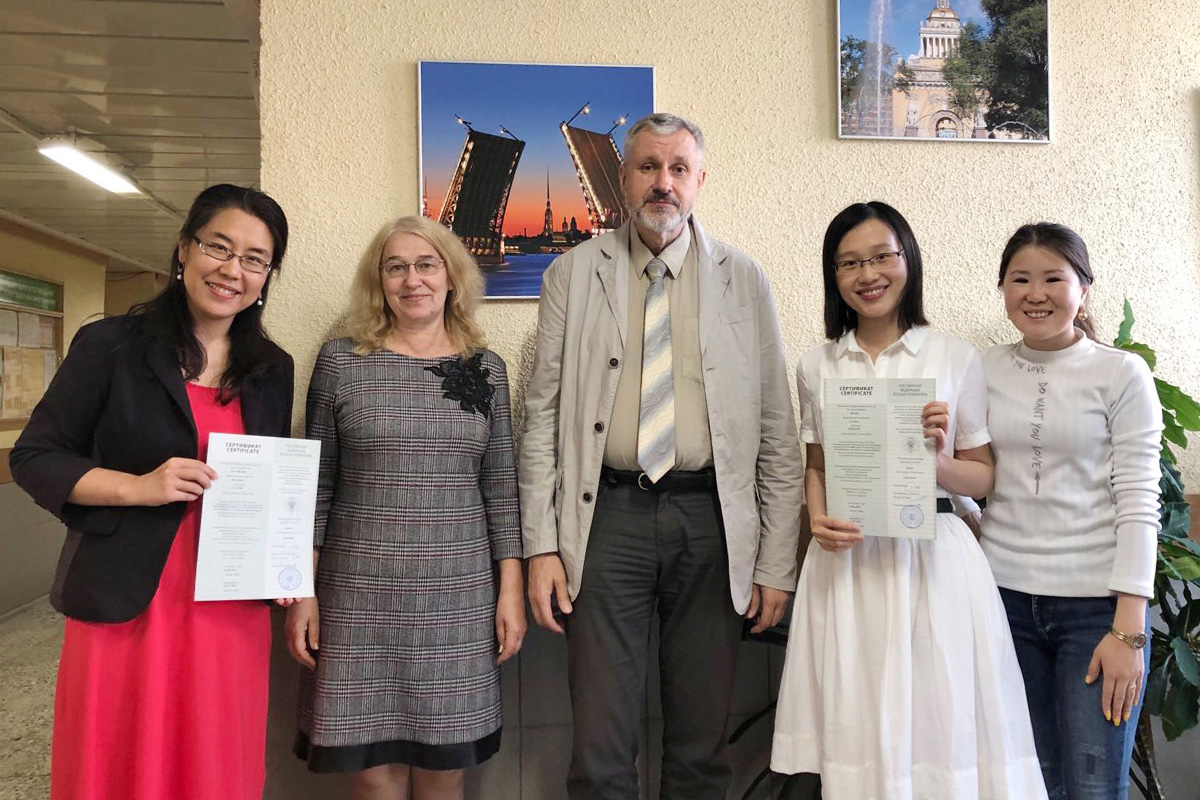 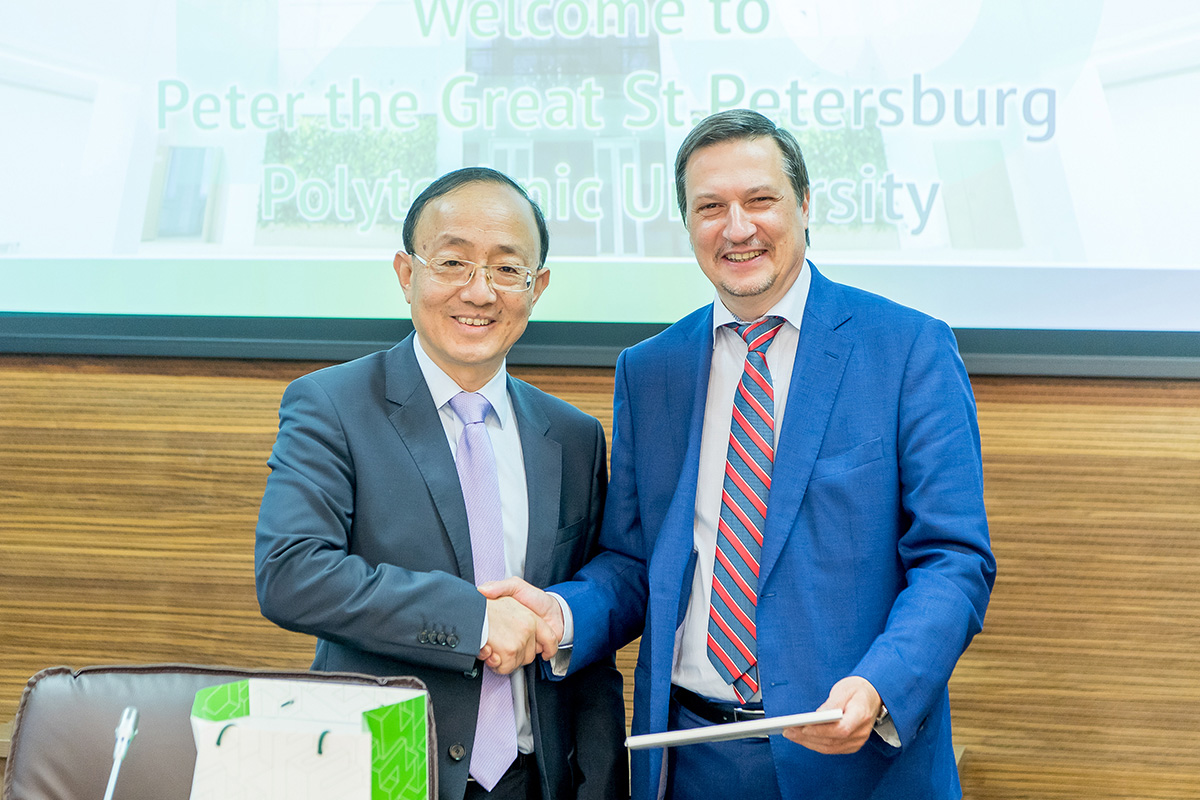 The honorable guests met with SPbPU scientists and got acquainted with the work of the Polytechnic Supercomputer Center and the Space Telecommunication Systems Research Laboratory; after that, they took part in negotiations with the SPbPU International Services senior executives. The parties discussed the development of the Russian-Chinese cooperation, the results of cooperation with Chinese partners, and plans for the future.

With support of the Representative Office of SPbPU, the International Workshop on “Transfer and Commercialization of Innovative technologies as an instrument for university development” took place at Polytechnic University in August.  For three days, participants from Polytechnic University, Shanghai Polytechnic University and Shanghai Jiao Tong University discussed the protection and use of intellectual property, technology transfer, methods of searching for information resources, interaction with scientific departments, ways to increase the effectiveness of joint innovation activities, etc. 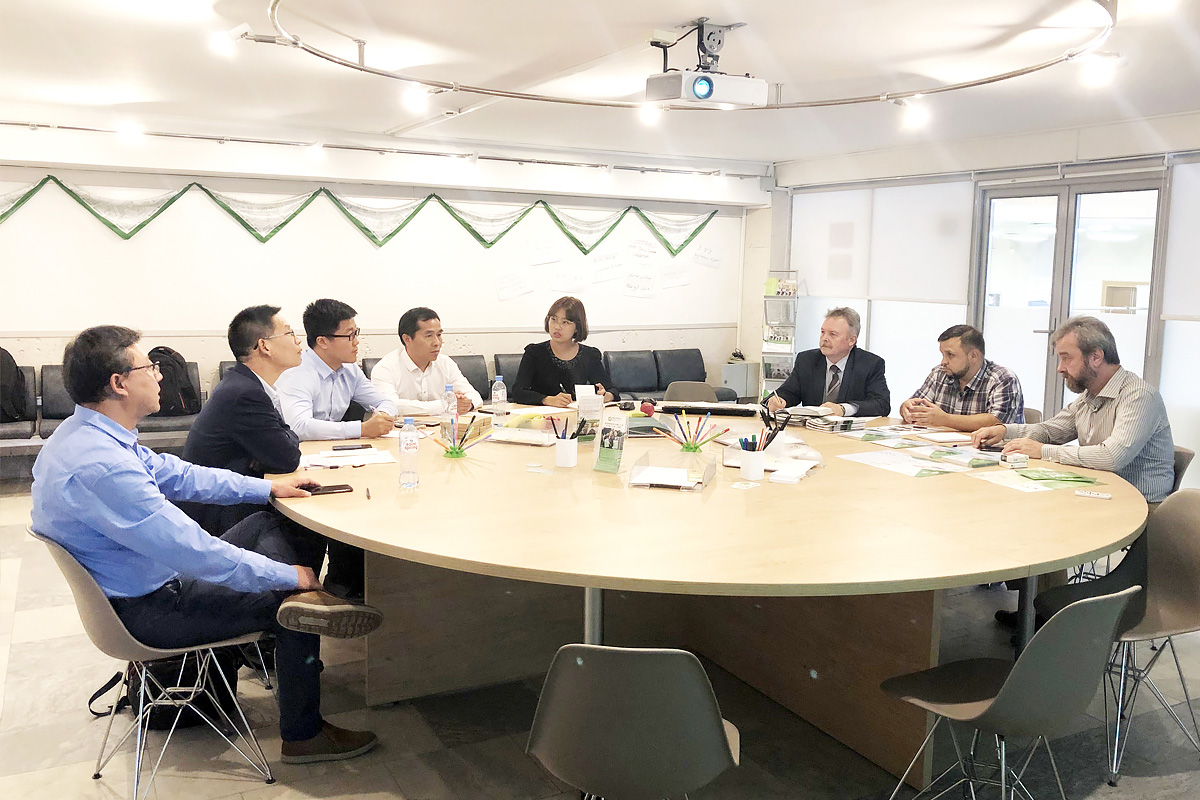 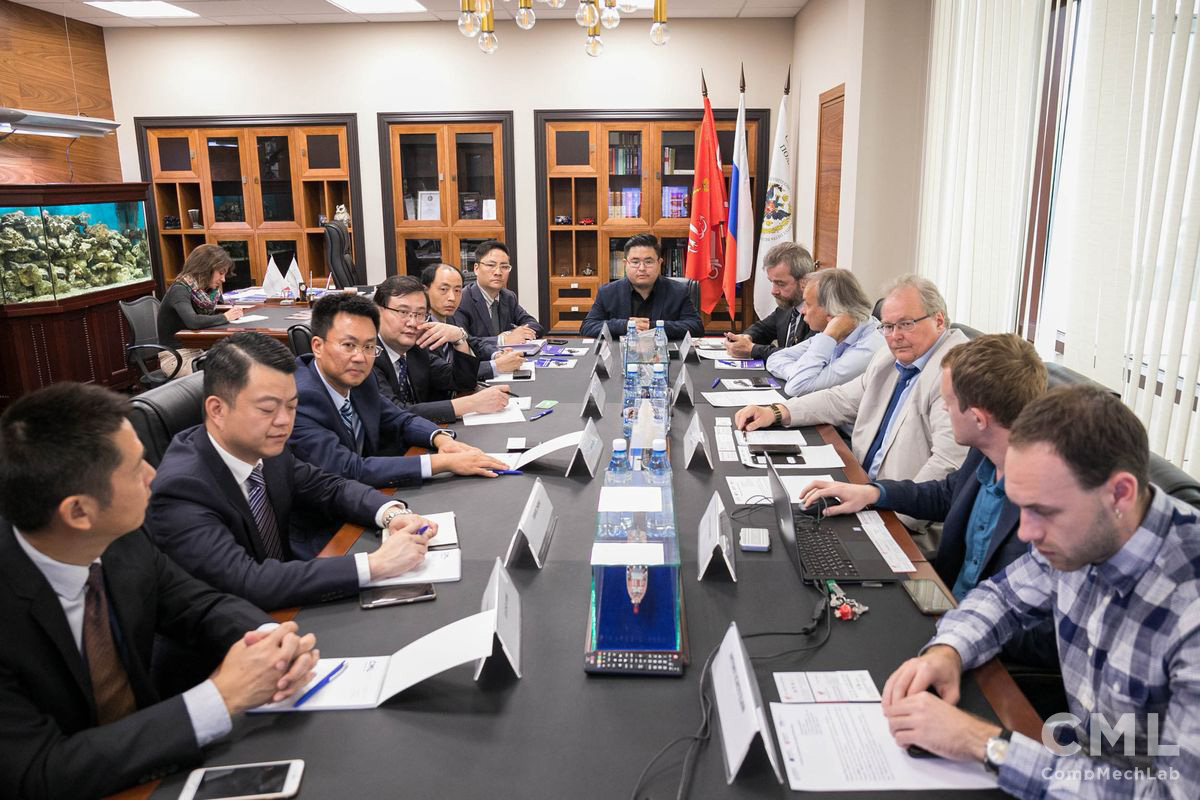 The meeting continued with a discussion of the prospects for cooperation in the automotive industry with representatives of the SPbPU R&D Center. Chinese colleagues got acquainted with the technological resources and competencies of the SPbPU Engineering Center, as well as with the specifics of interaction with enterprises of domestic and foreign automotive industries. As a result of the meeting, the parties agreed to consider specific topics of cooperation in the field of computer engineering and new materials with the participation of industrial enterprises in Jiangsu Province and the automobile cluster of Zhenjiang city in particular.

Graduate students from Xian will study at SPbPU

Employees of the Representative Office continue to actively promote SPbPU educational programs in the PRC. In this framework, a meeting was held between employees of the Shanghai Office and a delegation from Xi'an. As a result of the negotiations, 44 graduate students of Xi'an University of Science and Technology will study civil engineering, environmental engineering and power production at Polytechnic University. Their training will start in February 2020.