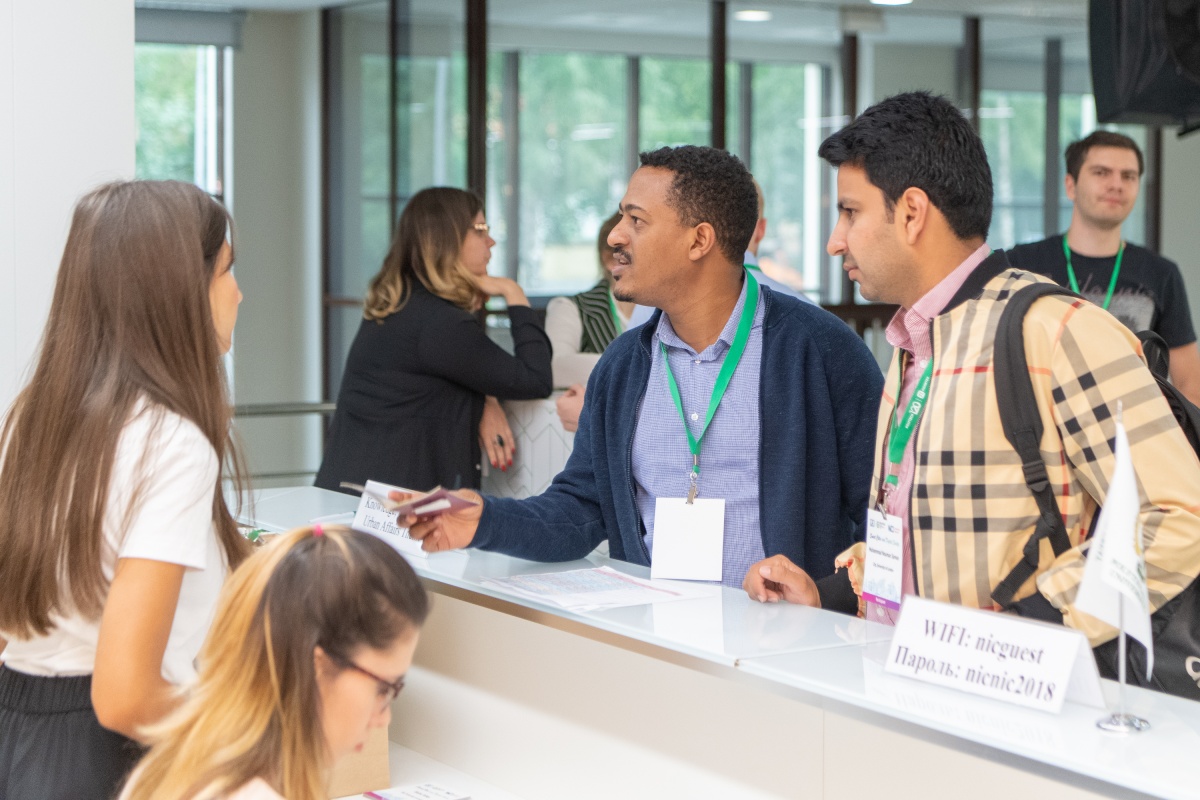 The World Cities World Class University Network (WC2) was established in 2010 on the initiative of the City, University of London. Its main task is to create a platform for leading world-class universities located in the largest cities of the world (one country — one city — one university) to make a joint contribution to the key issues of functioning and development of megacities.

The Symposium has been held for 6 years. This year students from 9 universities of the world take part in the event; they come from Russia, Canada, Australia, China, Great Britain, Brazil, Mexico, Germany and the USA. During 4 days students under the guidance of professors will conduct project work on 5 topics: «Transport», «Global Health», «Knowledge, Culture and Urban Affairs», «Eco-Campus» and «Business». 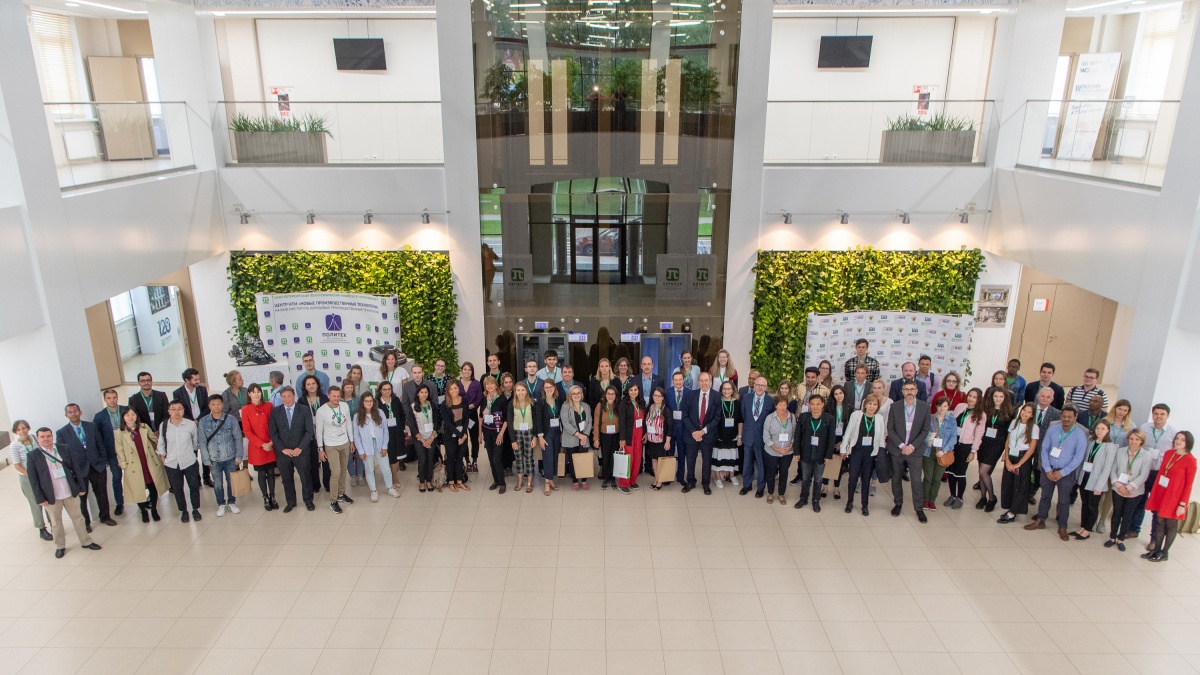 «The main task is an international collaboration of students», underlined Professor Stanton NEWMAN, Chair of the WC2 Network, Vice-President International of the City, University of London at the opening ceremony. «It will allow them to learn more about the culture of other countries and to see what approaches their colleagues use to solve similar tasks». Students will present their solutions at the closing plenary session. For example, young people who participated in a Symposium in London developed 4 projects for landscaping the campus of the City, University of London. These works were presented to the leadership of the university and some of them were put into practice. 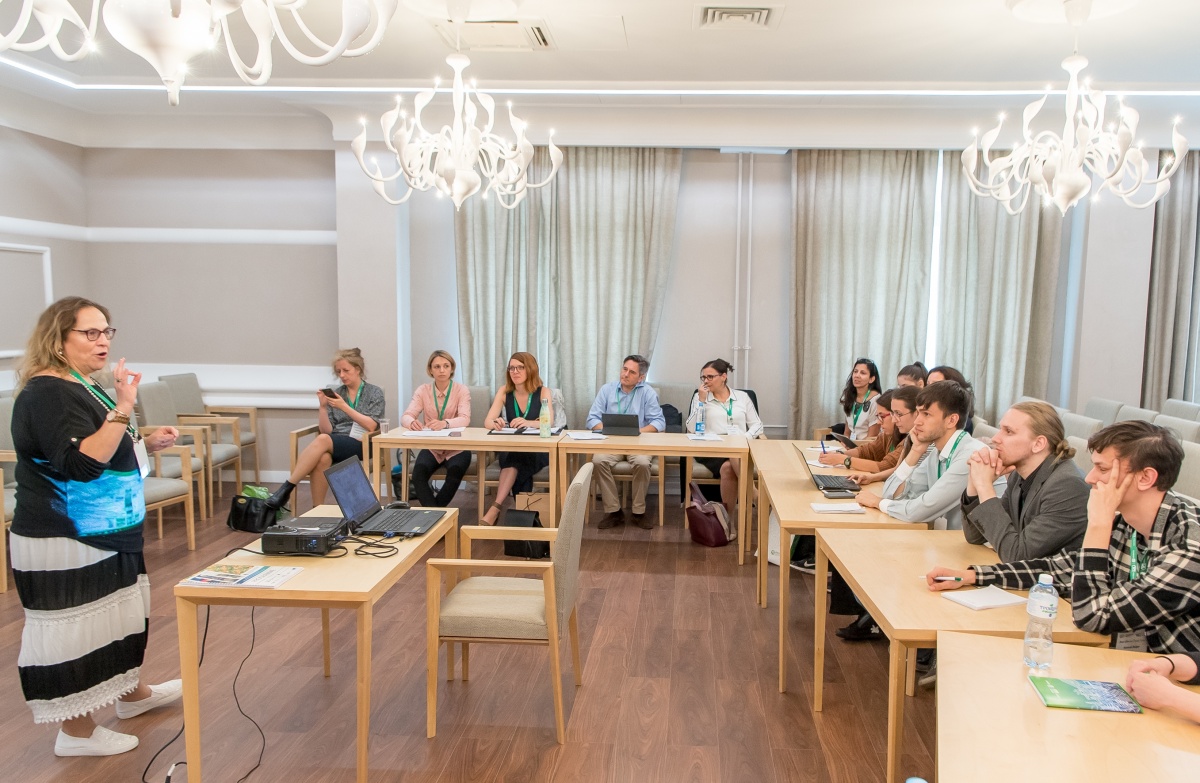 On behalf of the Polytechnic University the participants were welcomed by SPbPU Vice Rector for International Relations Dmitry ARSENIEV. «This is a platform to exchange knowledge and experience», the Vice Rector said. «The number of students and professors participating in the Symposium means that the WC2 Network, that appeared 10 years ago, is developing and makes real contribution to the society». Dmitry ARSENIEV also expressed his hope that at the Symposium students will not only make new friends and get acquainted with beautiful St. Petersburg, but as well will find inspiration and new ideas for improving the world around them. 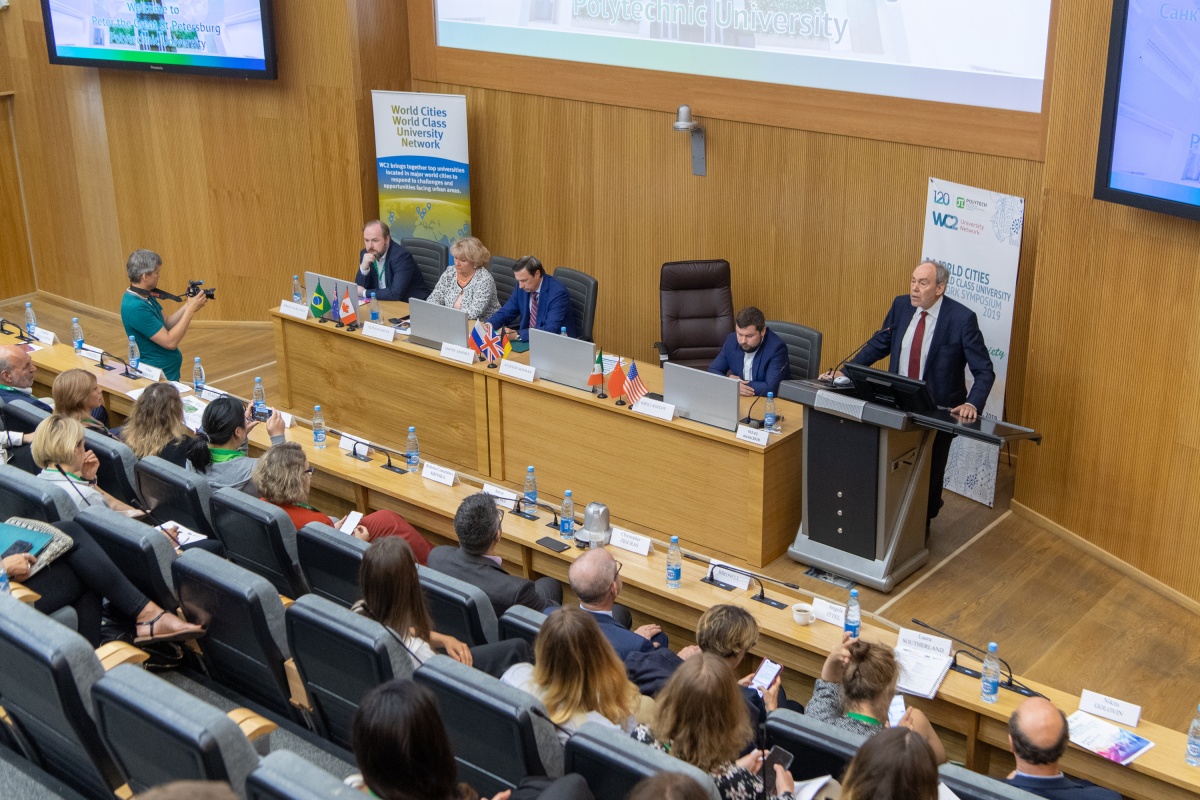 The Symposium received great support from St. Petersburg Government. Elena IVANOVA, Chief of the Unit of Information and Analytical Interaction and Innovation Development, Committee on IT and Communications told about the process of digitalization in our city at a plenary session. The committee’s efforts are aimed at creating a unified information space of the city, which will help maintain the high status of St. Petersburg as a research and technological center and bring it in line with world leaders in the field of information and communication technologies in all spheres of the city’s life. 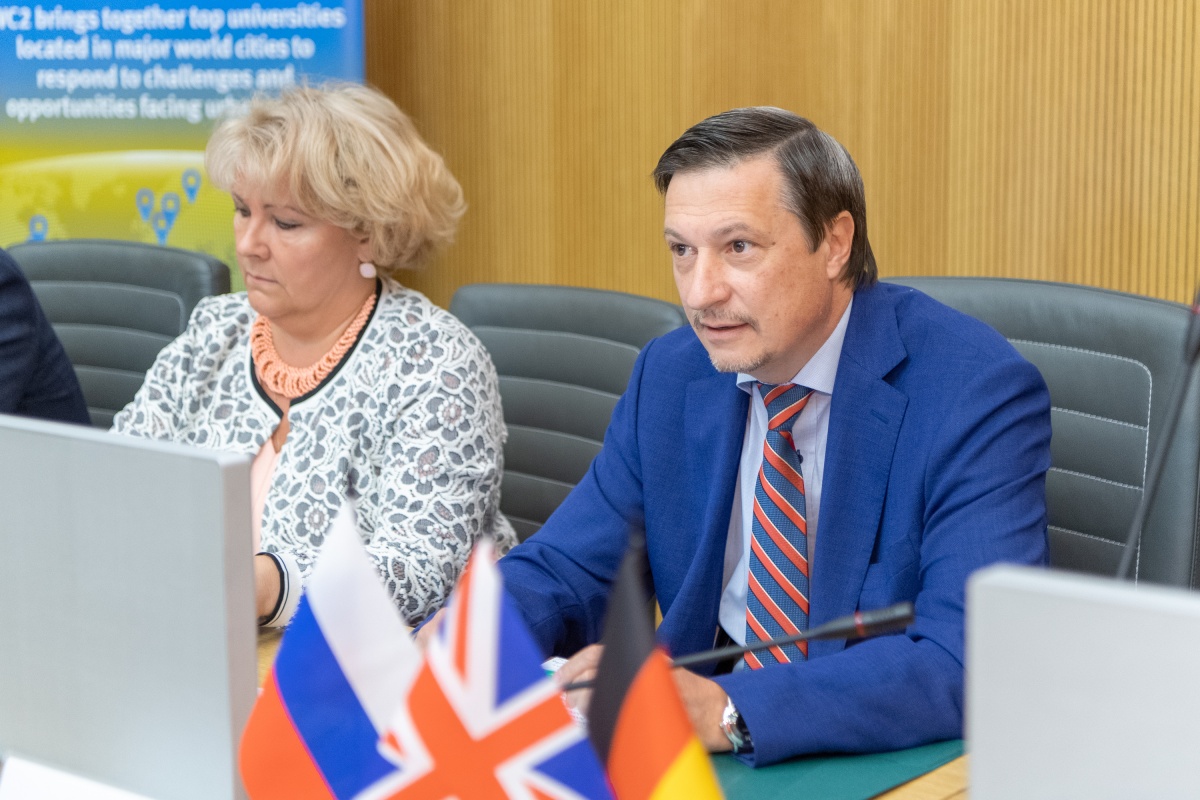 The Committee pays special attention to interaction with universities. For example, a hackathon «Young minds for a smart city» is held for students of specialized universities in the city. This year the teams had to come up with tasks for artificial intelligence working with data from CCTV cameras, and then teach and program it to solve the tasks. The team «481» from SPbPU won the first prize. It presented the project «Virtual Auto Barrier». The team «Deepkotix» won the nomination «The most useful solution for the smart city» with a project aimed at identifying the facts of improper parking in the city. 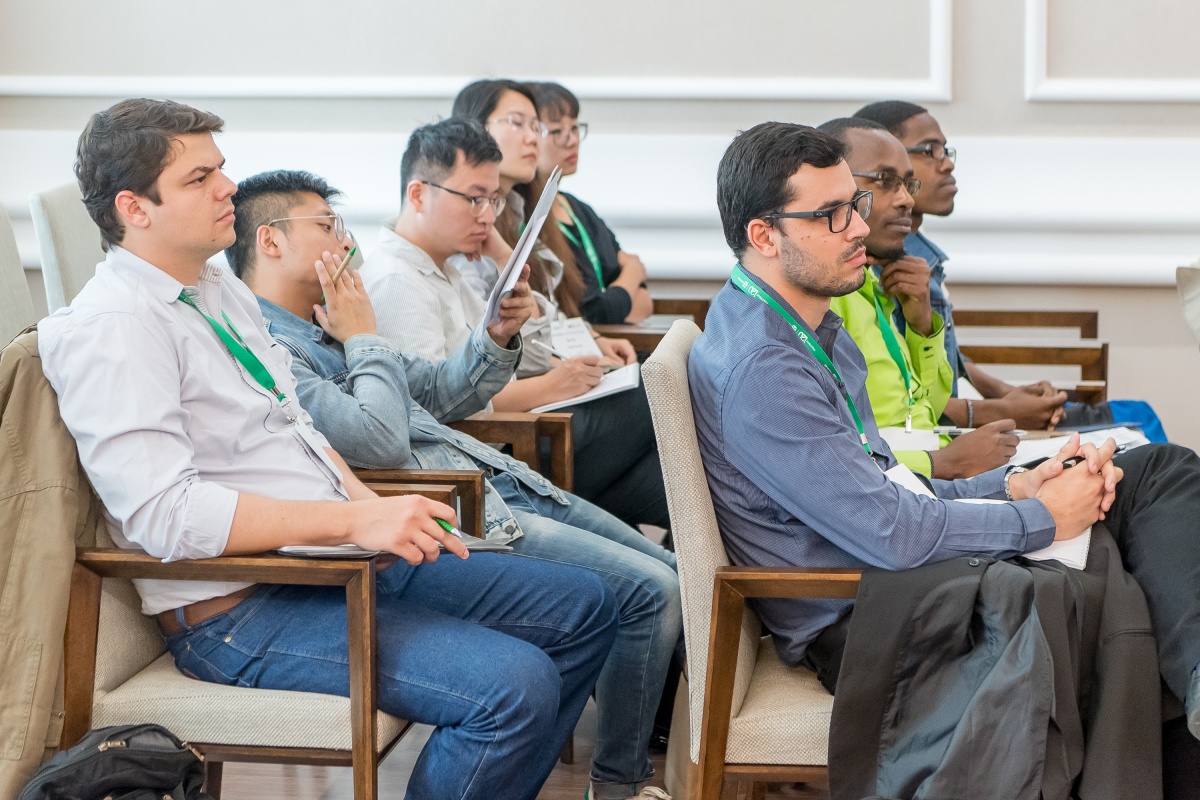 «St. Petersburg is one of the largest and most populous cities in Russia, as well as an industrial center and a cultural capital. The development of the city is impossible without the use of smart solutions and technologies at the same time saving the historical context and cultural image of the city», according to Kirill KOZLOV, the Head of St. Petersburg Information and Analytical Center. In his report he presented key projects developed by his organization together with the Committee on IT and Communications St. Petersburg Government. 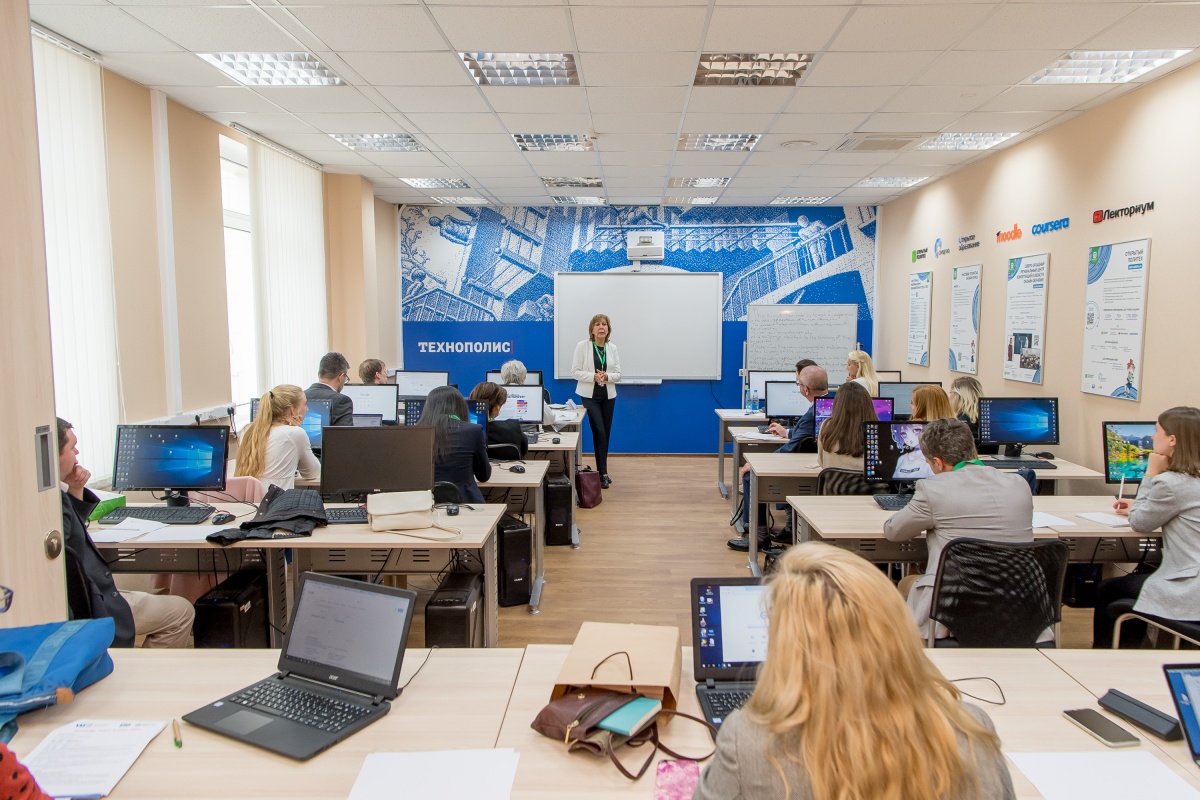 Digitalization affects all areas of our society, including education. The creation of a digital society and the transformation of education were described by the acting Director of SPbPU Institute of Advanced Manufacturing Technologies, member of the Supervisory Board of the NTI University «20.35» Sergey SALKUTSAN «120 years ago the mission of the Polytechnic Institute was to create a new industry and carry out personnel who can develop this process. Now we are experiencing the same period: we only want to create digital industry and digital economy, and it requires new approaches and views» underlined Sergey SALKUTSAN. One of the concepts that bring us closer to our digital future is the NTI University «20.35». This is the first university in Russia that provides professional human development in the digital economy. It focuses on training company leaders, participants in the National Technology Initiative (NTI), and professionals working in new global markets. 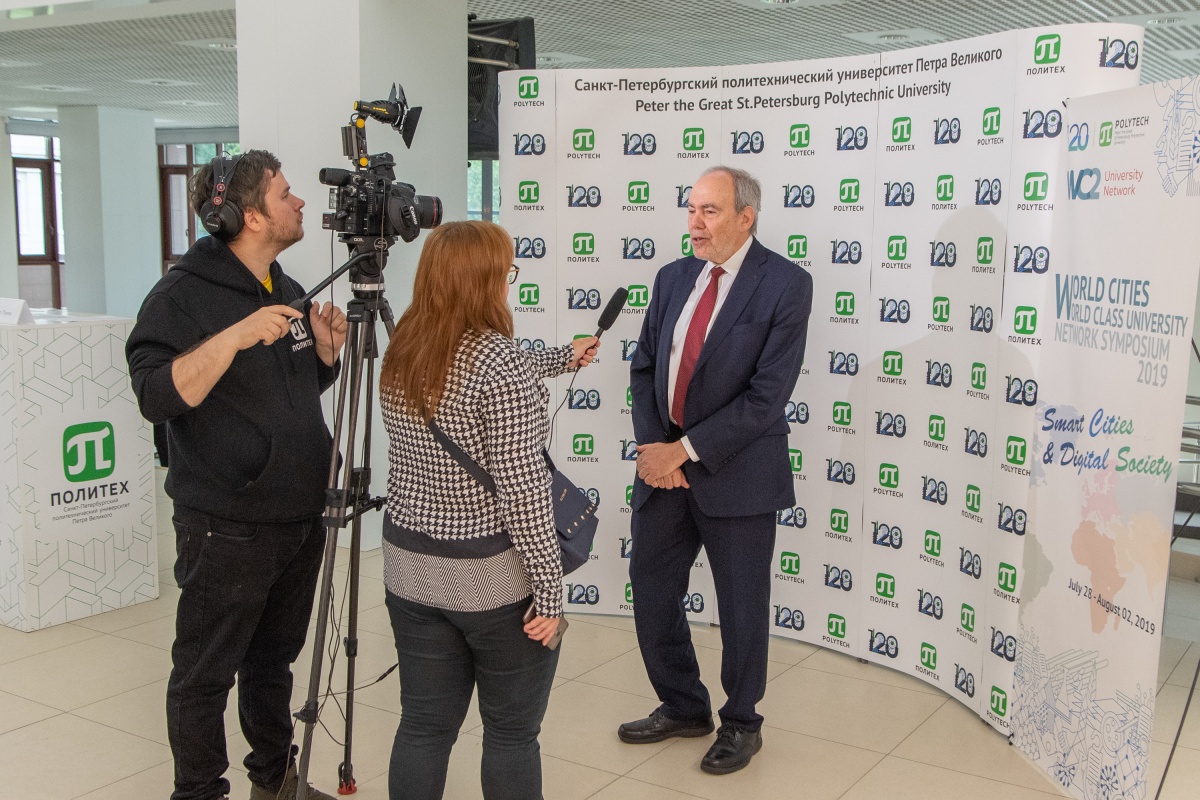 After the plenary session the Symposium participants continued to work in sessions. «We knew that our event would be organized at the highest level at the Polytech. And so it happened. Now the work is going on in groups and on the final day during the presentation of the projects we will see what the participants will have achieved», summarized Stanton NEWMAN, WC2 Network Chair.

Published by the SPbPU Media Center.