The International Municipal BRICS+ Forum has started. Polytech is its strategic partner

The 4th International Municipal BRICS+ Forum (hereinafter referred to as the IMBRICS+) kicked off on November 24 at the ExpoForum Convention and Exhibition Center. The event is supported by the Ministry of Foreign Affairs of the Russian Federation, Rossotrudnichestvo and the Government of St. Petersburg and is one of the largest municipal forums in the BRICS+ space. In 2022, the theme of the forum is «Man and the World: Developing Trends and Adapting to the New». 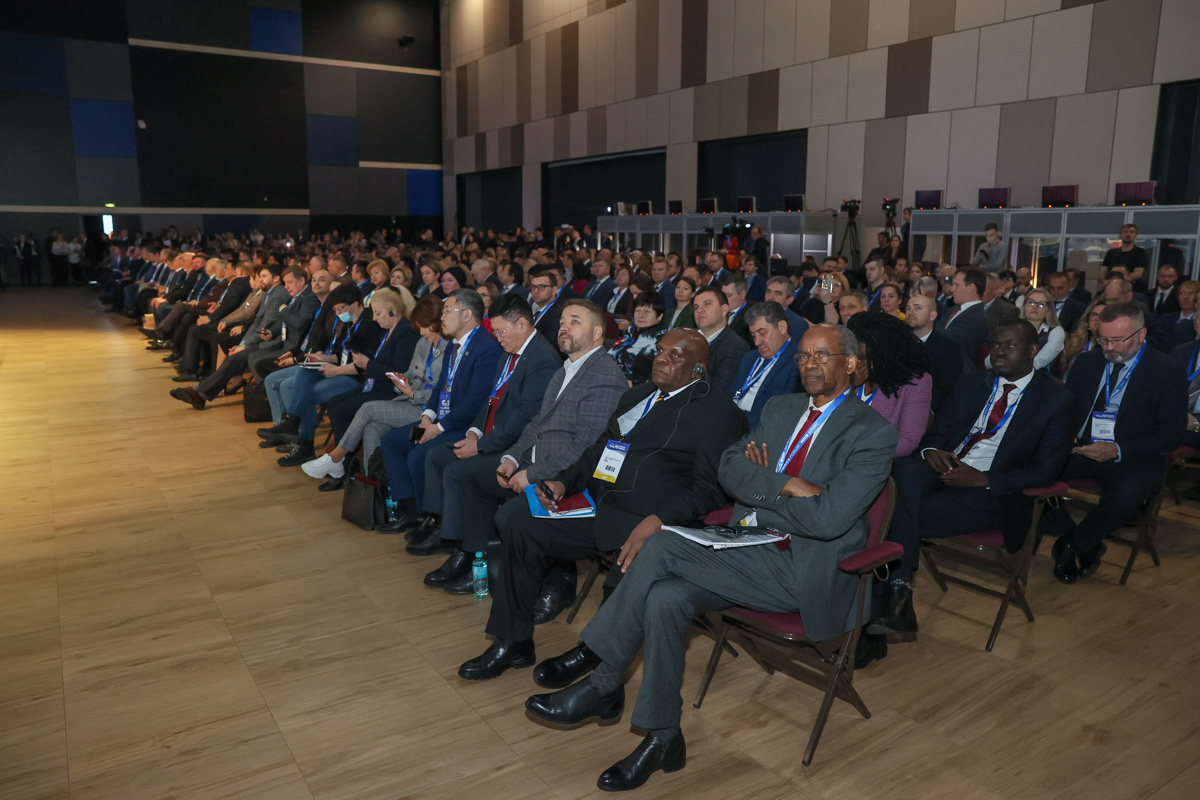 Delegations from more than 40 countries participate in IMBRICS+ together with Polytechnic University. Among them are representatives of leading universities, IT-industry, tourism, oil business, event-industry, and developers of various technologies. Within two days, the experts will discuss the most actual for each municipality questions concerning different projects of the international cooperation: creation and improvement of city environment quality, disclosing of economic, tourist, cultural, educational potential, involving of innovative technologies, digitalization of different branches, etc. 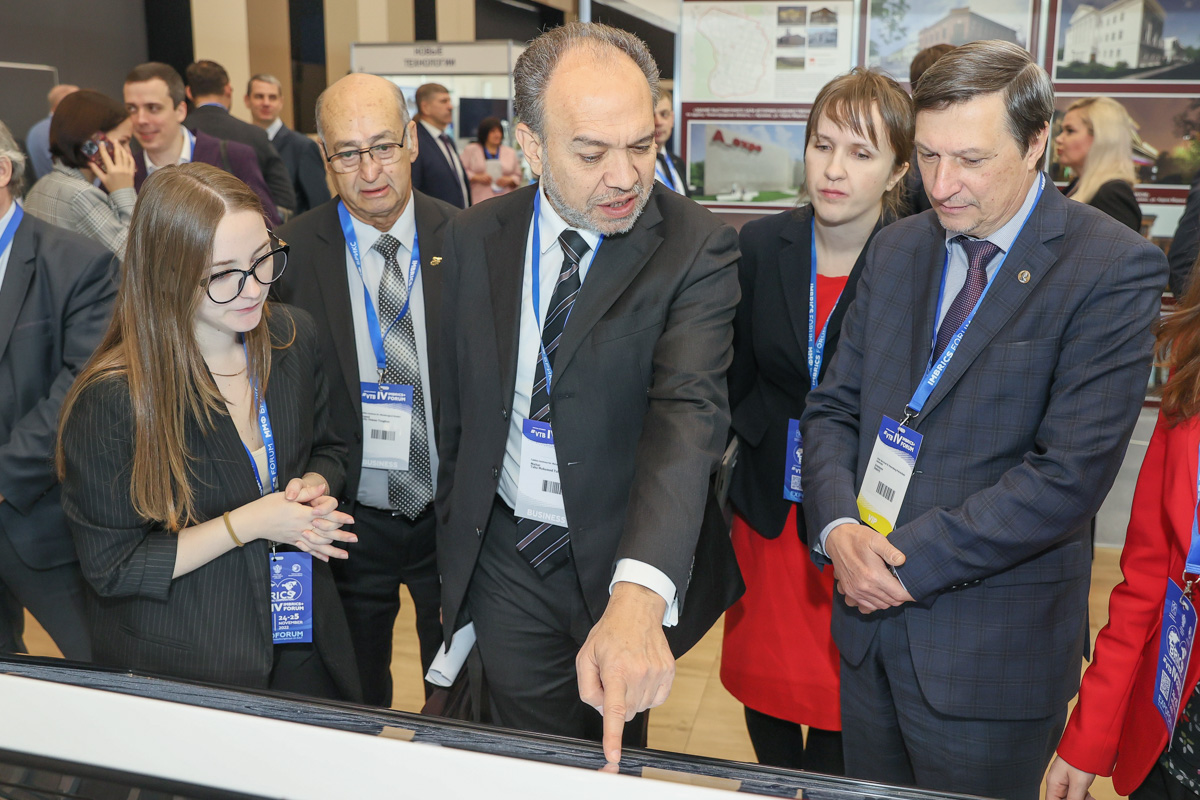 The opening ceremony began with a greeting from Russian cosmonauts from the International Space Station. The forum participants were also addressed by Sergey Lavrov, Minister of Foreign Affairs of the Russian Federation; greetings from Alexander Beglov, Governor of St. Petersburg, Alexander Belsky, Chairman of the Legislative Assembly of St. Petersburg, as well as foreign partners — Yue Yang, Chairman of Shanghai Junjin Asset Management Co (China) and Ricardo Nunez, Mayor of Sao Paulo (Brazil) also delivered to the participants. 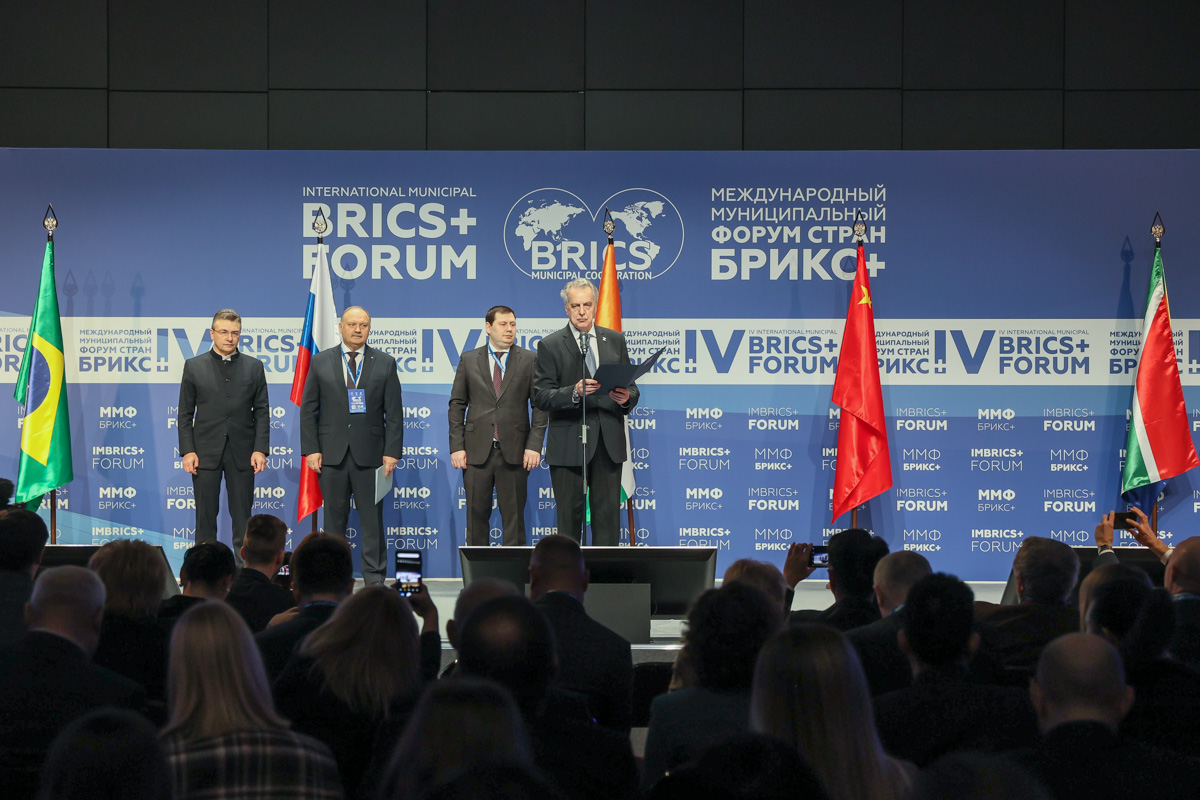 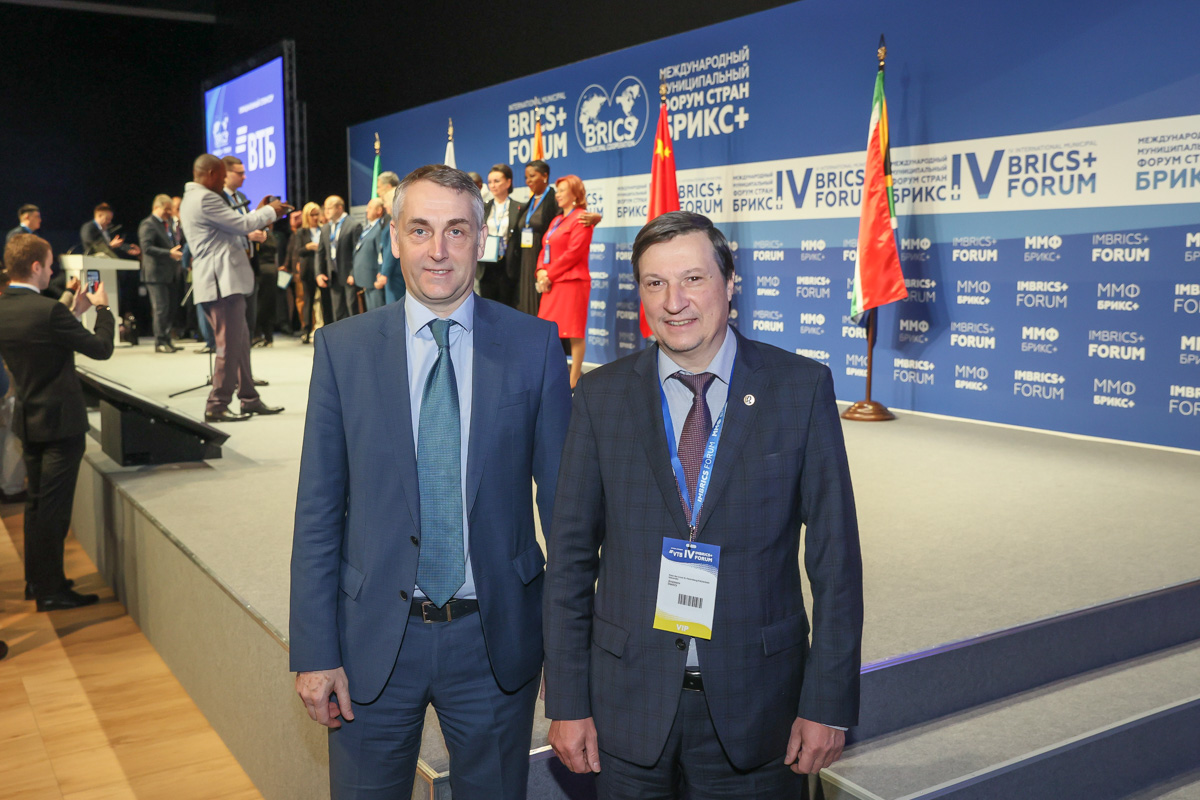 After the opening ceremony, guests of the forum visited the exhibition, where they became acquainted with the products, investment projects, achievements in socio-economic, cultural, scientific and industrial development. The SPbPU booth attracted great attention of the participants and mass media representatives, featuring an interactive layout of Technopolis Polytech and an exposition of advanced projects of the university leading scientists. 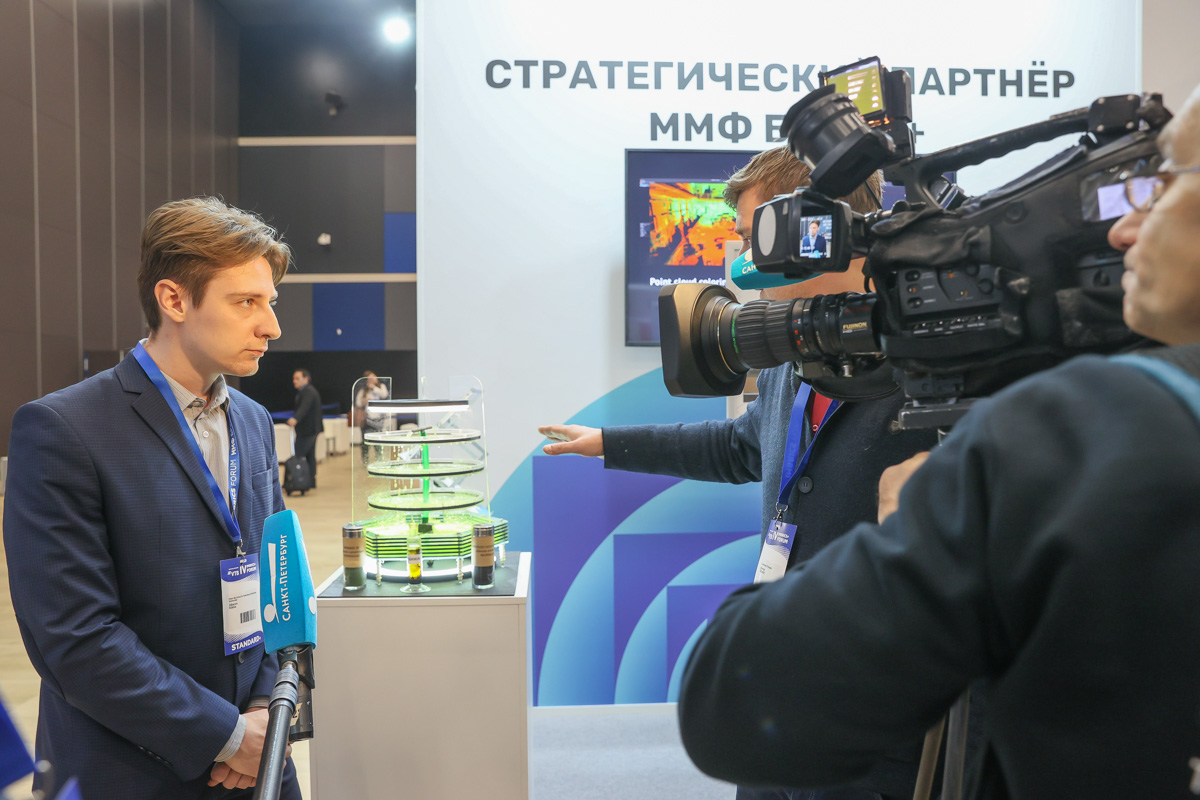 Among them are innovative filters for surface runoff treatment in urban environment and protection of water reservoirs from pollution, mock-up of photobioreactor — a unique biofilter for microclimate improvement in classrooms, mock-up of electro-photo-bioreactor for waste water treatment, software complex for visualization and parallel processing of extra-large clouds of laser scan points in conditions of memory limitations and others. 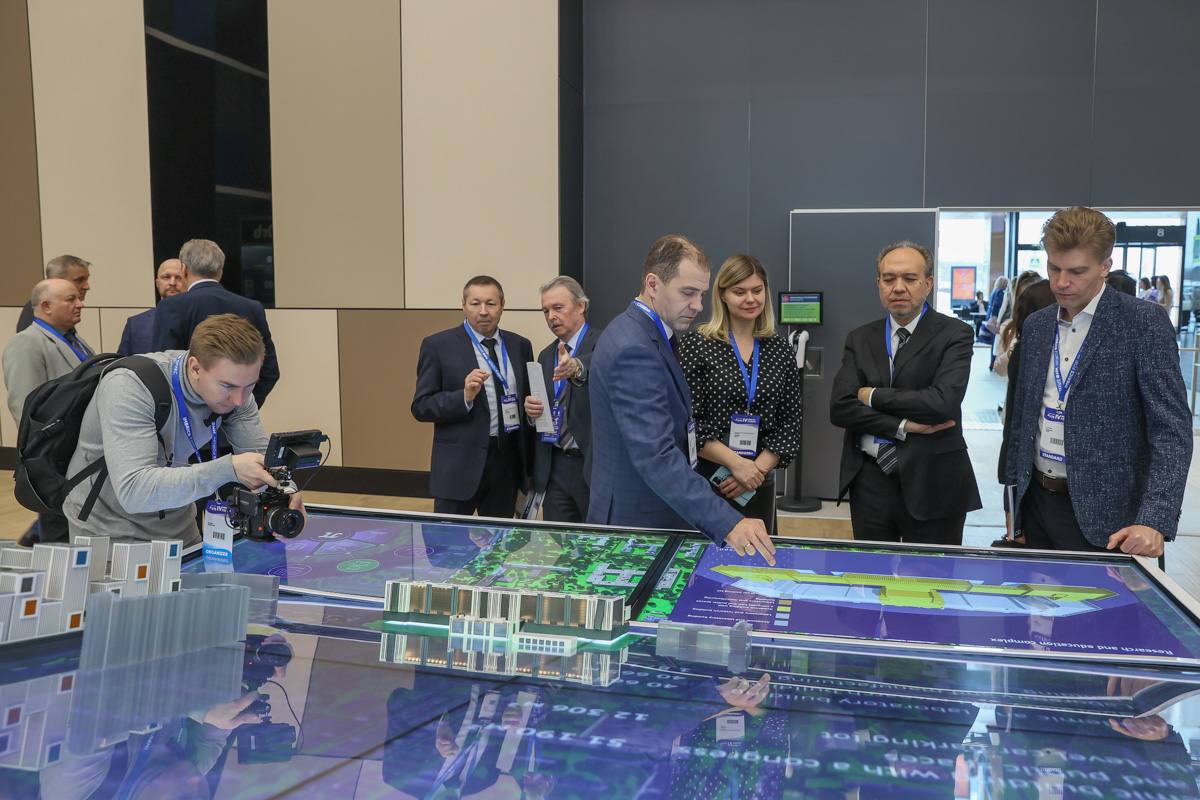 Professor Taha Mattar, Rector of the Tabbin Institute for Metallurgical Studies (Egypt), Ali Bakoui, head of the Tarbiat Modares University campus (Iran), Evgeny Grigoriev, Chairman of the Committee on Foreign Relations of St. Petersburg, and many others visited the SPbPU booth. 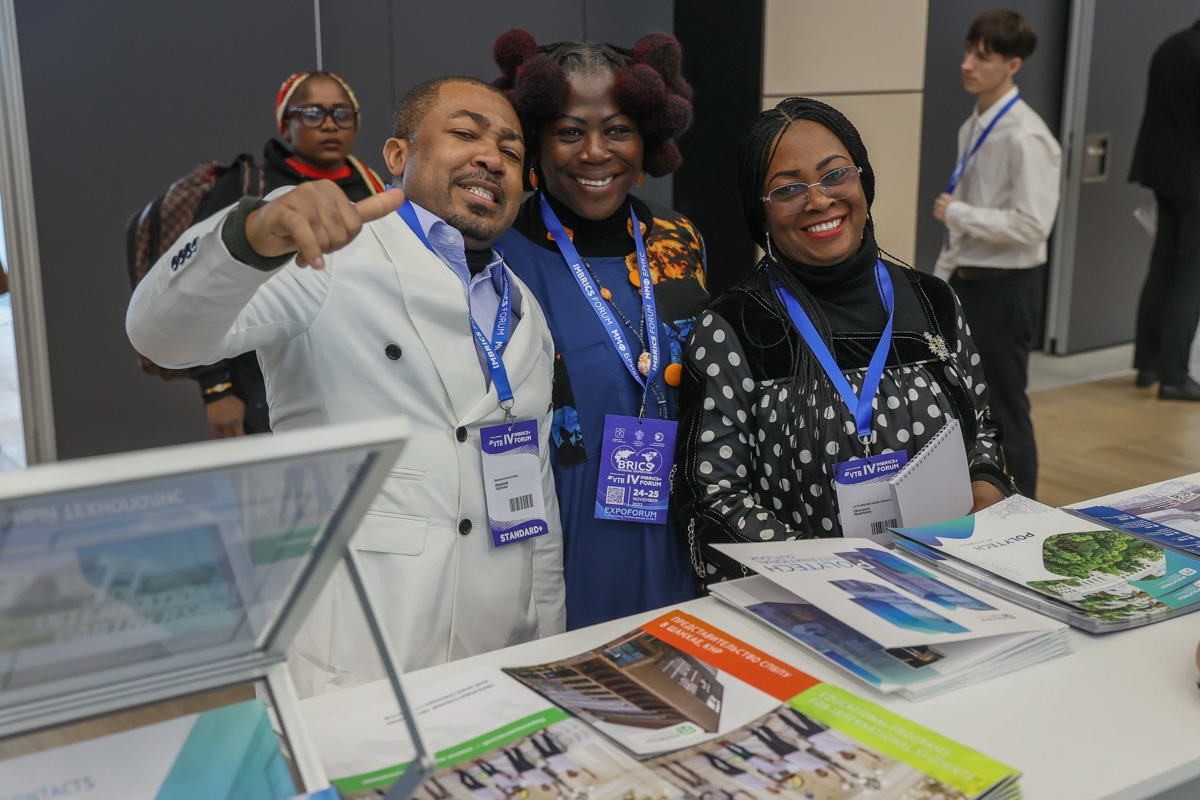 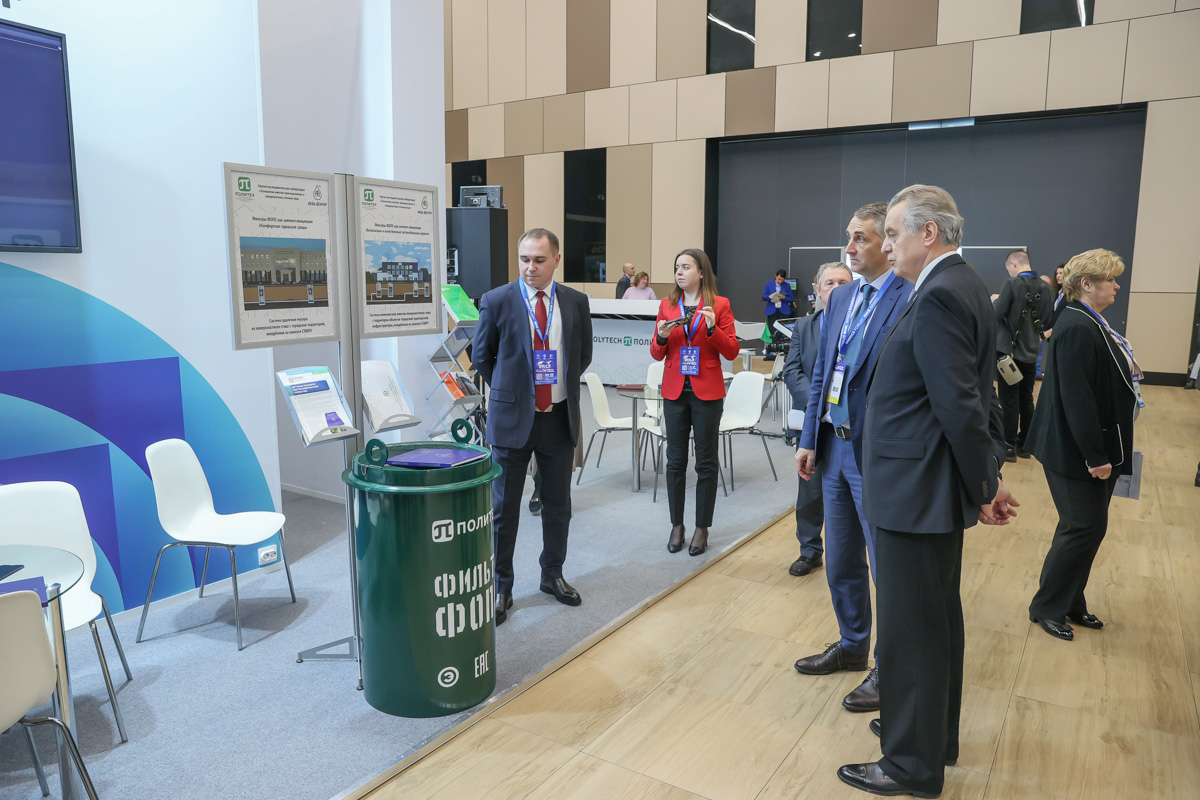 After the opening events, thematic sessions began. The «Ecosystem of the megacity: new challenges» session was moderated by Vitaliy Sergeev, Vice Rector of SPbPU, who introduced the key speakers — heads of leading foreign and Russian universities, industrial companies, innovation clusters, regional and national administrations and business communities of China, Iran, Egypt and the Republic of Belarus. 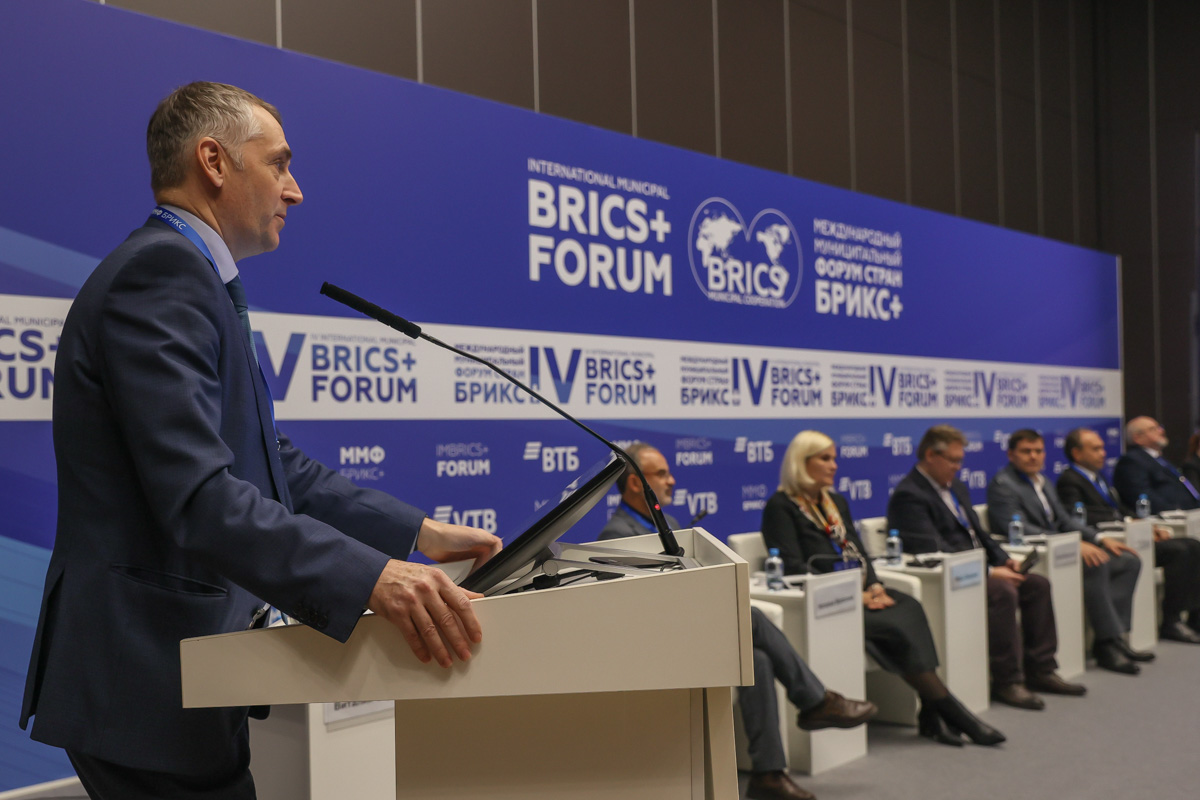 The «Technological Leadership» session was moderated by Alexey Borovkov, Vice-Rector for Digital Transformation, Head of the Digital Engineering Advanced Engineering School, SPbPU World-class Scientific Center for Advanced Digital Technologies, NTI SPbPU Competence Center for New Manufacturing Technologies, Engineering Center (CompMechLab) SPbPU, and Head of the World-Class Research Center for Advanced Digital Technologies of SPbPU Oleg Rozhdestvensky. The panel session became a platform for demonstration of the latest developments, dialogue about possibilities of international cooperation for achieving leading positions of Russia and its partners on global markets, exchange of experience in creating and application of advanced digital and production technologies. The speakers presented the cases of global presence of the companies in the Russian and foreign markets, the opportunities for cooperation with foreign partners in the current geopolitical situation and promising technological solutions of the major industrial players in the market. On the example of Polytechnic University, the processes of interaction with key Russian state corporations, digital transformation of production, digital engineering, smart digital twins and factories of the future were considered. 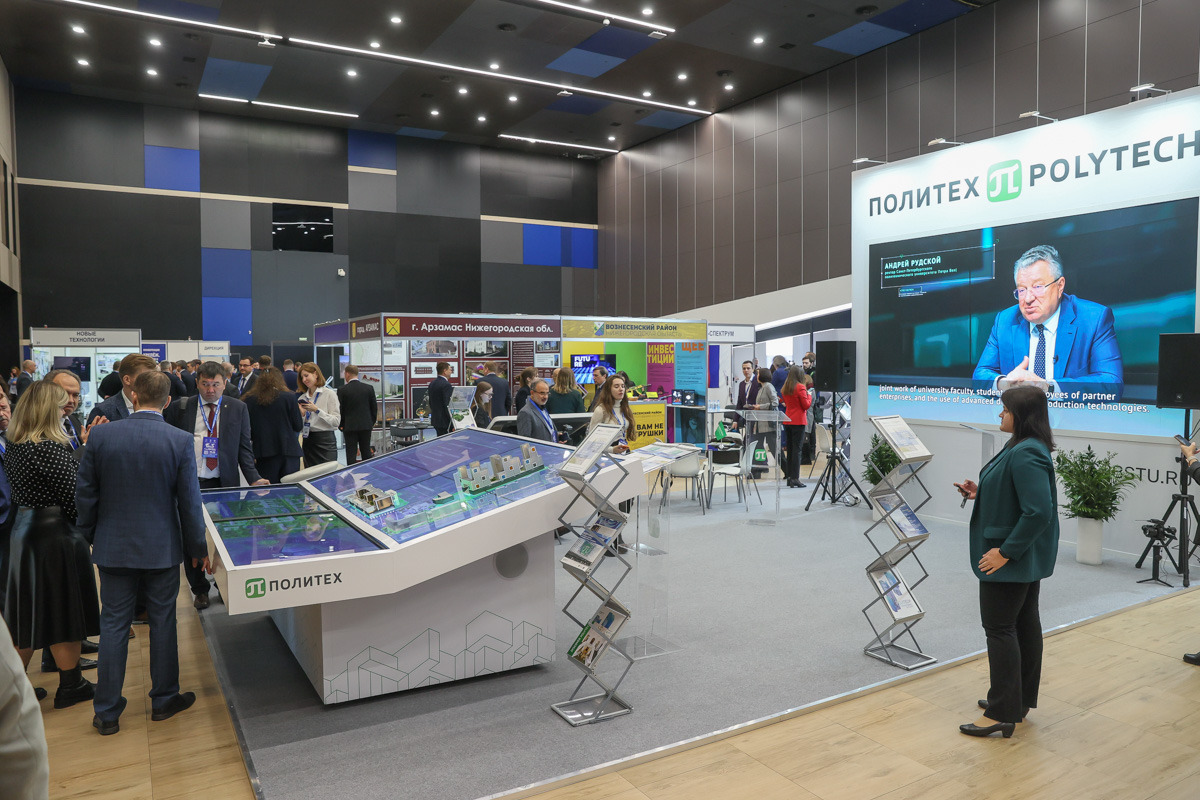 Rector of SPbPU, RAS Academician Andrei Rudskoi noted the active involvement of the Polytechnic University in solving urgent problems of megacities. International Municipal BRICS+ Forum gives us a good opportunity not only to present our breakthrough technologies and projects to the key representatives of the international industrial and academic community, but also to strengthen the open dialogue, partnership ties, and active cooperation with colleagues from friendly countries, Andrei Rudskoi said. On the second day of the forum, the Rector of Peter the Great St. Petersburg Polytechnic University will hold a series of discussions and meetings. Also on November 25, at the booth of SPbPU, ceremonies of signing cooperation agreements with leading foreign universities and companies will take place.