New participants joined the International Students Project Marathon project, which Polytechnic University conducts jointly with foreign partners. The Institute of Energy of SPbPU and the Technical University of Madrid (UPM; Spain) have launched three new projects. Thus, since the beginning of 2021 Russian, Spanish, and Austrian teams have been working together on more than 10 projects in the fields of energy, materials science, and humanities.

One of the new projects is called "Research on a Three-Phase Controlled Rectifier. The project is headed by Yury MURASHOV, associate professor at the Higher School of Electrical Power Systems (HSES); the Technical University of Madrid is represented by Professor Regina RAMOS. The task of the participants is to develop mathematical models of rectifiers based on power semiconductor elements and to make a comparative analysis of two types of rectifiers with different architectures. Controlled rectifiers are widely used in industry — for example, in power supplies for electrotechnological installations, as well as converters for rechargeable batteries, including — electric transport vehicles. In addition, such rectifiers are quite common in a number of European countries where distributed power systems are used 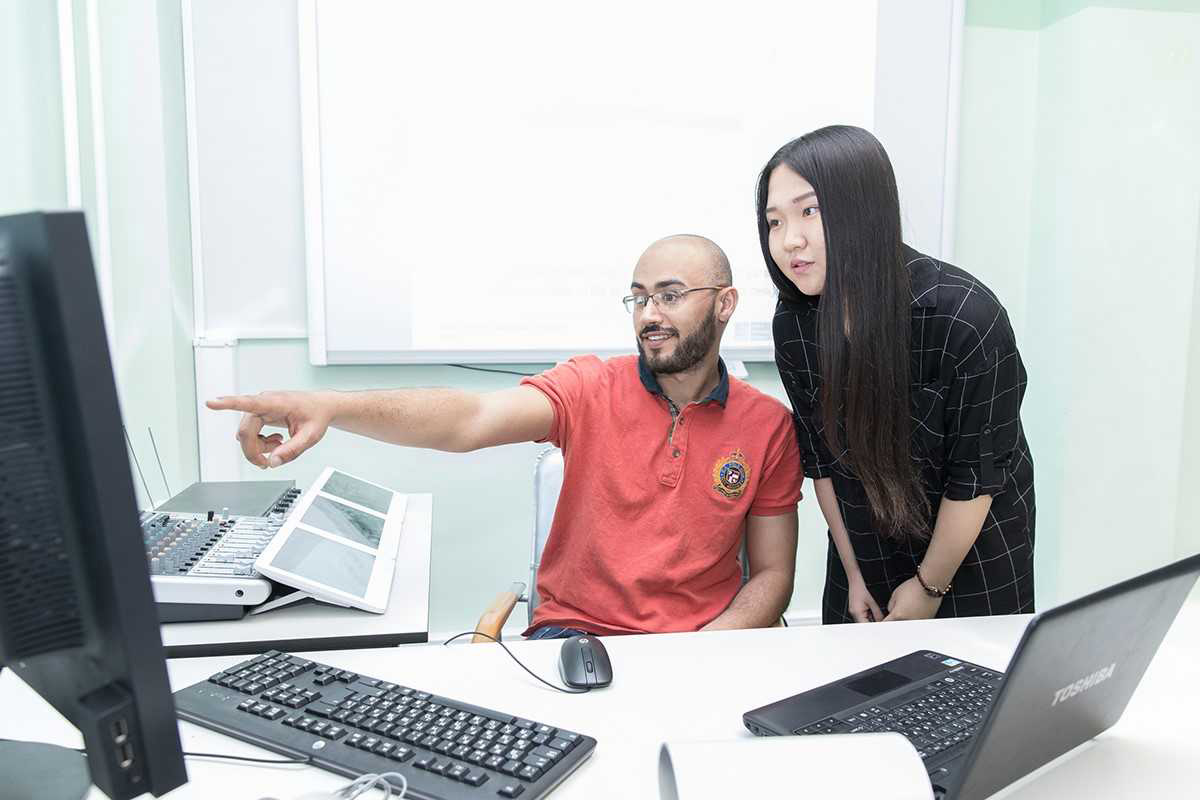 The choice of this direction is conditioned by a significant theoretical and practical reserve of the electrical apparatus laboratory of VSES, availability of prototypes of this equipment and possibility of performing deep analysis of its operation,commented associate professor of VSES Iurii MURASHOV, — at the moment laboratory employees, have developed a significant number of mathematical models of power supplies of these types. Researchers are creating individual prototypes to then test the control algorithms of the developed mathematical models. We plan to develop power supplies for industry development in the field of power electronics.

The curators of the project “Integration of electric transport in electric power industry” are associate professor Iurii MURASHOV and UPM professor Miguel Jiménez CARRIZOSA. Project participants are working on the creation of a mathematical model of electric transport, developing an algorithm and control system for the electric drive of the vehicle with the subsequent generation of code for programmable logic integrated circuit (FPGA). At the moment the laboratory employees are assembling a prototype of electric transport on the base of motorcycle Izh Yupiter-2 and the base of ZAZ-965 “Yalta” motor car. The relevance of the research topic is related to the high growth of interest in electric transport, including because of its environmental friendliness, said Professor Miguel Jiménez CARRIZOSA.

The “AC-DC Grid Management” project is also led by Associate Professor Yuri MURASHOV and Professor Miguel Jiménez CARRIZOSA. The project is aimed at creating a hybrid AC-DC microgrid. In addition, the tasks of the project participants include the development of technical recommendations for the design of networks with distributed energy sources, which is a worldwide trend in the development of the electric power industry. There is a great potential in this work, because grid operators and grid companies (TSO, DSO) indicate in their requirements the need to integrate renewable energy sources into the grid, emphasized Professor Miguel Jiménez CARRIZOSA.

In the near future, participants from the Russian and Spanish sides will hold another working meeting on the projects. Also, scientists from SPbPU and Graz University of Technology (Austria) will hold a strategic online meeting to discuss current projects and the prospects for creating new joint working groups.

New foreign partners are joining the Student Project Marathon. Strategic partners of SPbPU — City, University of London (Great Britain), and Technical University of Berlin (Germany) will take part in the project starting in the autumn of 2021. Negotiations are also underway for partners from the Netherlands and Mexico to join the Marathon.

Written by the SPbPU International Office