Visit of the Delegation of Xi'an Transportation University to SPbPU 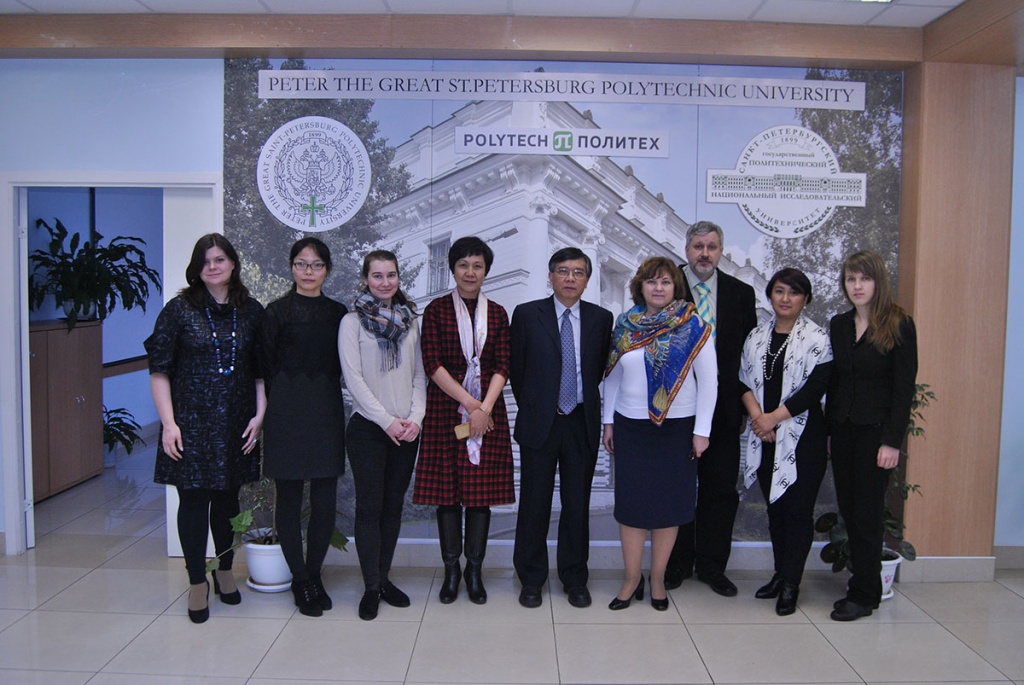 The visit of the delegation began with introducing the two universities and exchanging the information on the areas of common interest. The head of the International Office V.D. Khizhnyak, while greeting his foreign colleagues, mentioned that the cooperation with China was a matter of highest priority of SPbPU, and he pointed out already implemented and planned areas of cooperation with the Chinese universities - such as student and teacher exchange, joint educational and double diploma programs, joint postgraduate programs as well as summer and winter schools.

Special attention was paid to the Institute of Energy and Transport Systems, SPbPU. The Director of the Institute N.A. Zabelin met with his colleague, the Dean of the School of Energy. In his presentation, devoted to the educational programs and the research activity of the Institute, Nikolay Alekseevich emphasized double diploma and triple diploma educational programs, which are successfully implemented in the Institute. Both parties indicated, that double and triple diploma programs of the joint postgraduate course could become one of the priority areas of the future cooperation between SPbPU and Xi'an Transportation University. In addition, as V.D. Khizhnyak pointed out, the development of joint educational programs, including short term programs could become its first step.

The following areas of cooperation were indicated as priority: student and teacher exchange, joint educational programs, scholarships for students, participating in short-term programs and winter and summer school programs, as well as identifying possible cooperation areas in the research field with further publications in leading magazines.

Within the framework of the visit the delegation also visited the Department of Thermodynamics and Heat Transfer, the Department of Hydro-and Aero- Dynamics in order to familiarize themselves with the main spheres of work and to discuss plans on future cooperation.

This April the delegation of SPbPU will pay a return visit to Xi'an Transportation University, and take part in the events dedicated to the 120th anniversary of the University. This visit will provide the opportunity to thoroughly discuss future cooperation plans.

Xi'an Transportation University was founded in 1896. Today it is one of the leading universities in China, ranked 331st in the global QS rating. In the Energy field it is the top university ranked 1st among Chinese universities. It is also a member of C9 - the alliance of the nine elite universities in the Peoples Republic of China. The framework contract between SPbPU and Xi'an Transportation University was signed in 2015. Student exchange agreements are planned to be signed.