May Digest: the SPbPU Representative Office in Shanghai

Meetings and negotiations on cooperation, new partnerships, round tables and international conferences - May 2019 was a busy month for the official SPbPU Office in Shanghai. This and not only you can read about in our traditional news digest from another part of the world. 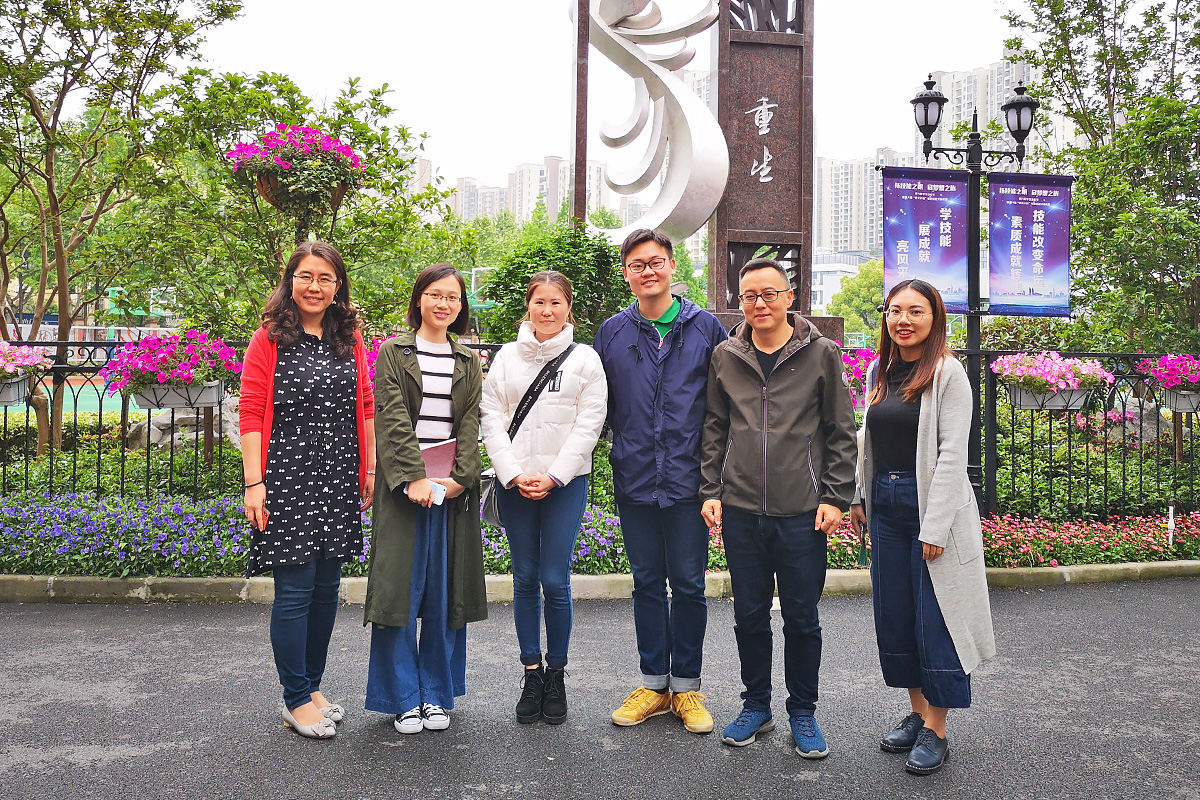 In mid-May, SPbPU became one of the co-organizers of the International Russian-Chinese Biomedical Forum. The event took place during the 21st Shanghai International Symposium on Biology and Medicine, which was held as part of the “One Belt - One Way” global initiative. The event brought together scientists, entrepreneurs and financial experts from more than 10 countries and regions, including Russia, the U.S., Great Britain, France, Ireland and China. The Forum received significant support from the Shanghai Administration and the Russian Consulate General in Shanghai. Polytechnic University was presented on a separate mount; in addition, the joint team of the SPbPU Representative Office in Shanghai and employees of Polytechnic University took part in a round table at which, together with Chinese partners, they discussed key areas of cooperation. Later, a meeting with representatives of the leading Russian and Chinese media was held at the site of the Shanghai office of Polytechnic University. 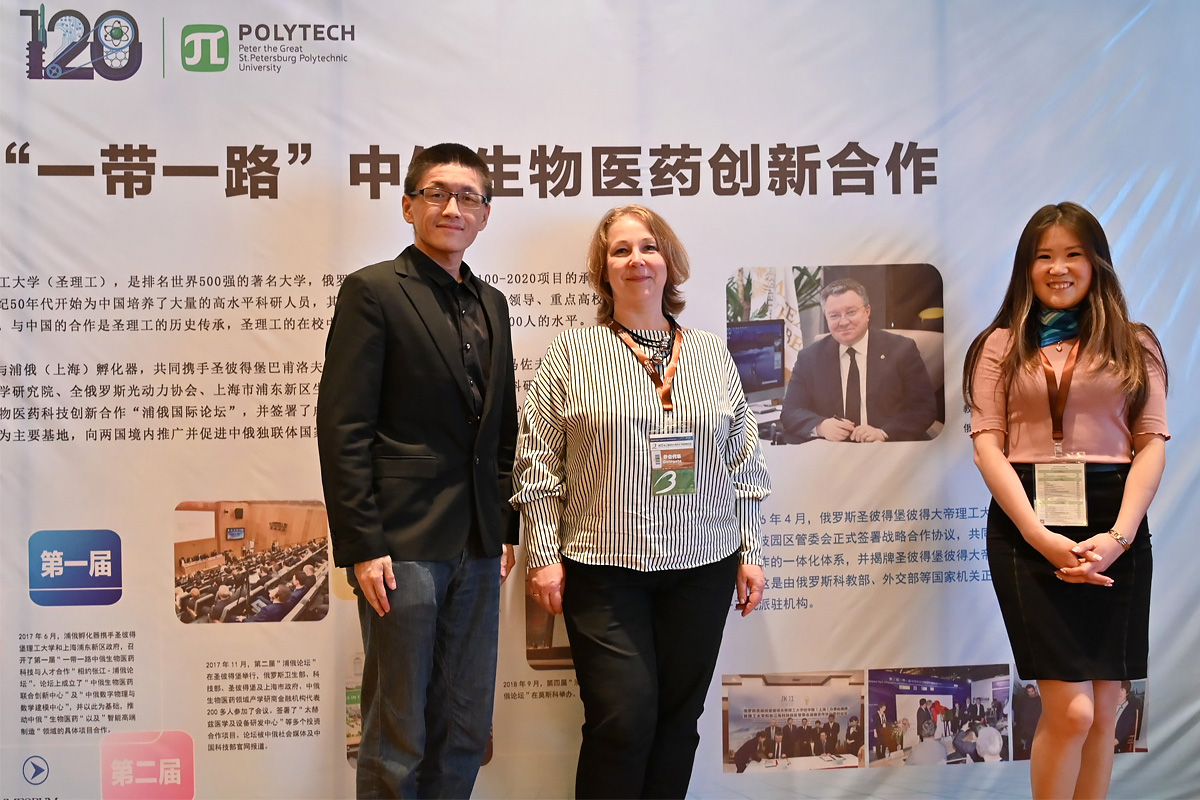 New acquaintances: a delegation of the University of Science and Technology of Guangxi headed by the rector visited SPbPU

Many Chinese universities are starting to get acquainted with Polytechnic University through its Shanghai office. An example of this is Guangxi University of Science and Technology (GXUST), whose official delegation visited SPbPU in May. Representatives of the Chinese University first talked to the staff of the SPbPU office in Shanghai, found a considerable similarity of interests and areas of research, agreed on their visit to St. Petersburg, and participated in the International Polytechnic Week. 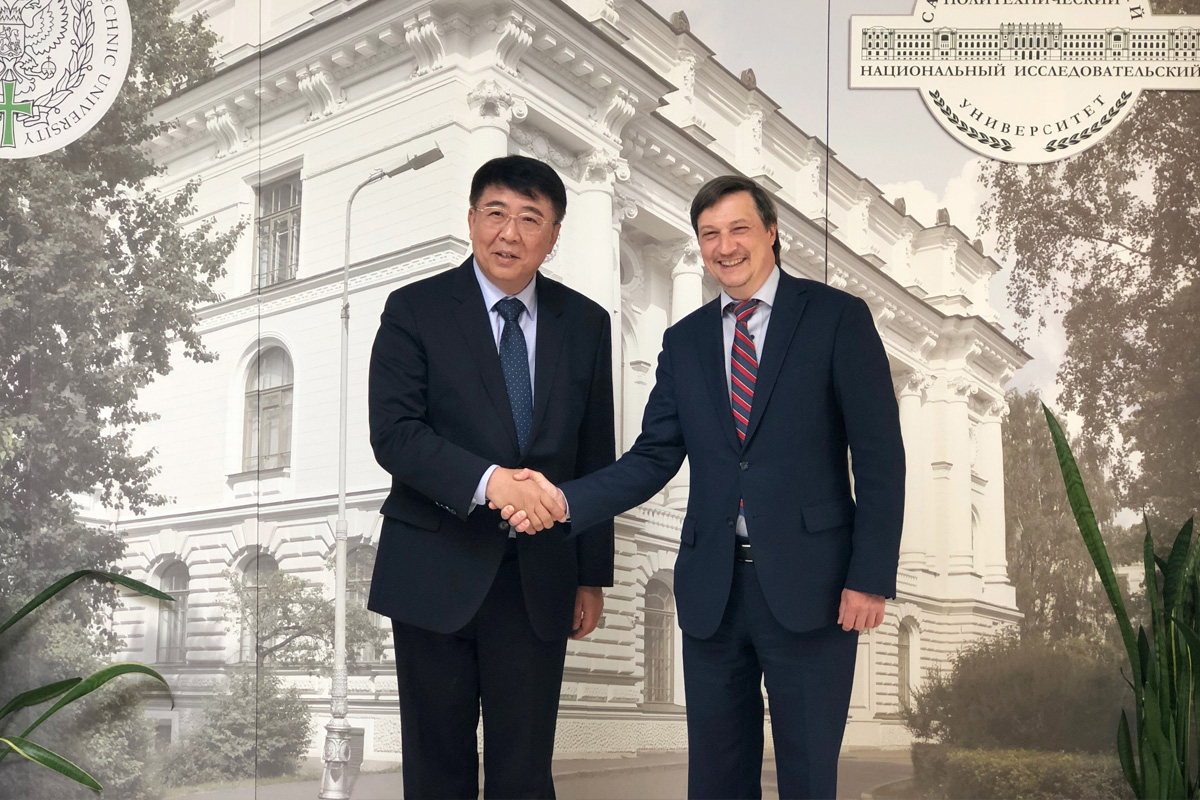 The GXUST delegation, headed by the university’s rector, Mr. Lee Siminem, first met with the SPbPU international services team led by SPbPU Vice-Rector for International Affairs Dmitry ARSENYEV. The parties discussed possible partnership in the field of academic exchanges and short-term educational programs. Next day, the rector of GXUST presented a report entitled “Sustainable partnership of Russia and China” at the plenary session of the International Polytechnic Week.

In May, on the basis of the Representative Office, a meeting with a delegation of the Shanghai Commercial and Industrial School of Foreign Languages took place. Deputy Director of the School, Mr. Jing NANHUEY, and teachers in the Digital Management specialization took part in it. During the talks, the parties agreed on the participation of six students of the School in the International Polytechnic Summer School in July. It is planned that after the Polytechnic University Summer School the students will return to SPbPU to continue their studies in main educational programs of the university. In addition, two Russian language teachers from the Shanghai School of Foreign Languages will go to Polytechnic University to take part in an advanced training program. 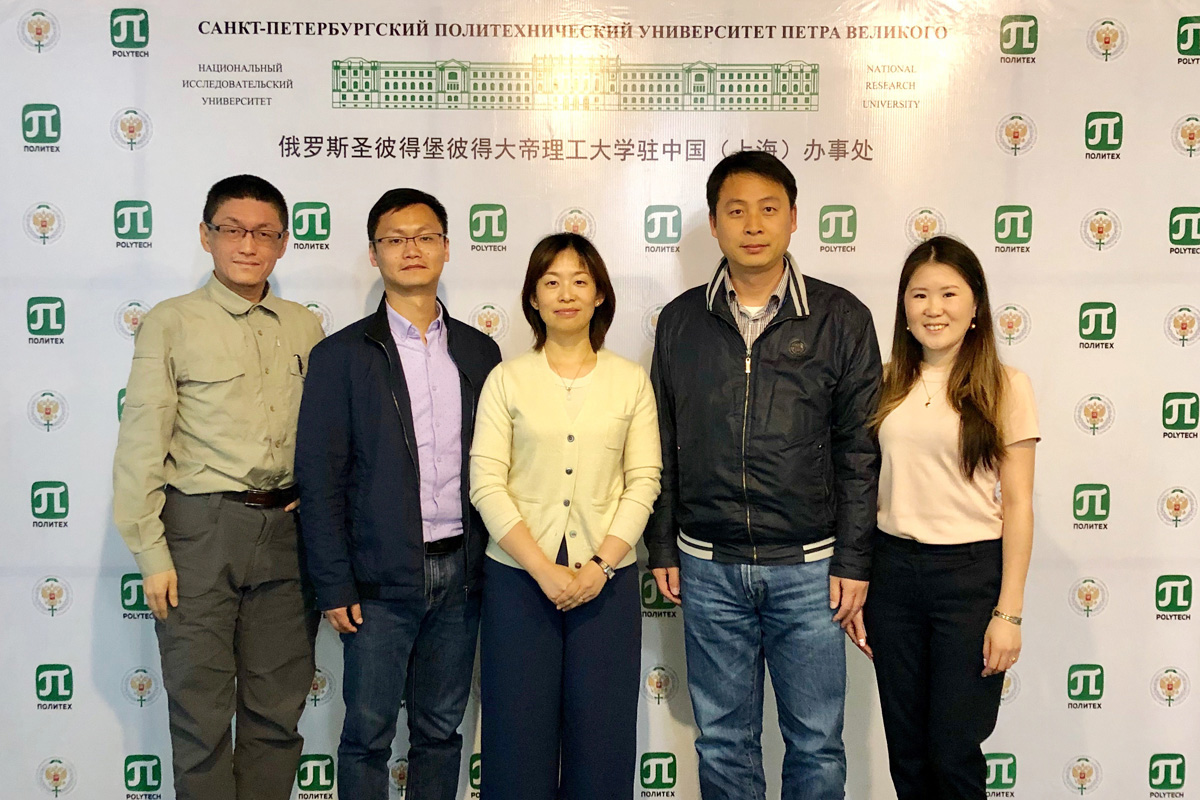 The visit of another Chinese university to Polytechnic University took place with the support of the Representative Office. A delegation of the East China University of Science and Technology (ECUST) visited SPbPU in the end of May. The delegation included University Vice-President Dr. Liu CHANSHENG and Professors of university institutes. Chinese colleagues took part in the negotiations with the team of SPbPU International Services headed by Vice-Rector for International Affairs Dmitry ARSENYEV. 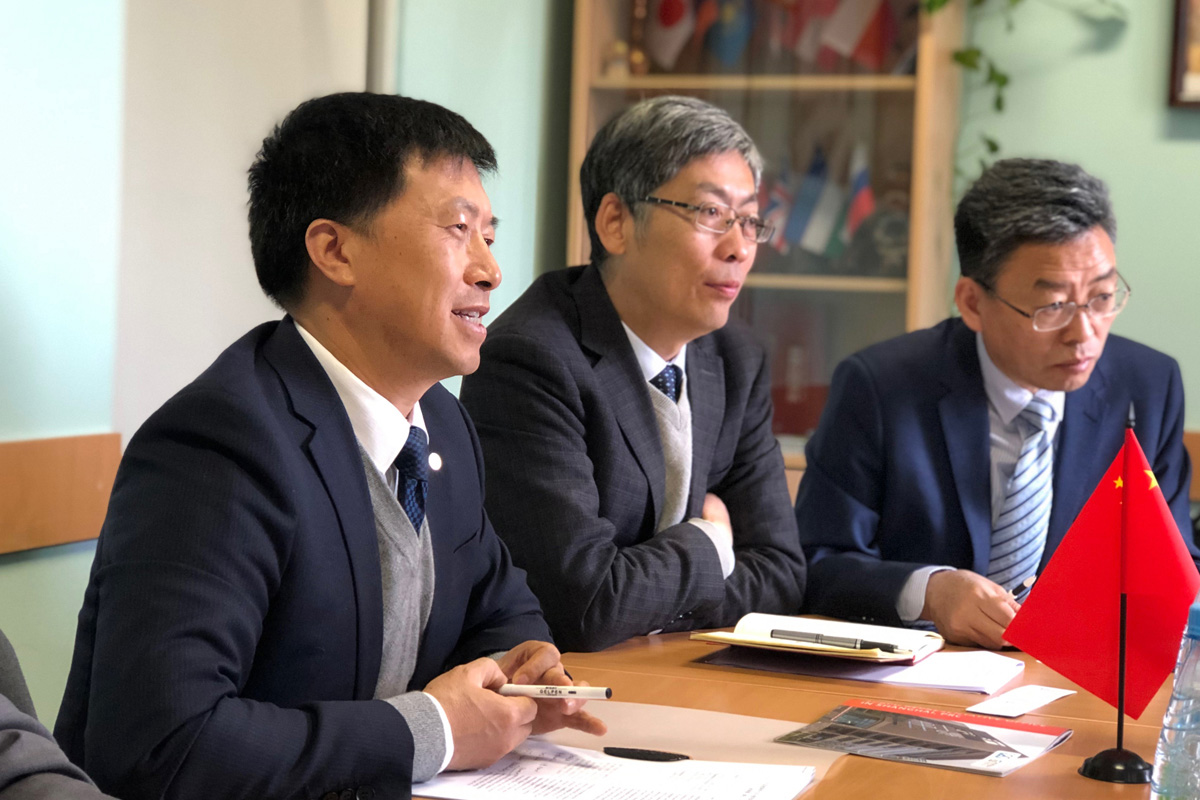 ECUST is far from first timers to the development of international cooperation: the university has long-term academic relations with more than 200 universities, enterprises and research institutes around the world. Members of the Chinese delegation discussed the prospects for the development of cooperation with specific institutions of Polytechnic Institute, i.e., IMME&T and IPN&C in addition, the parties expressed interest in the participation of Chinese students in the programs of the International Summer and Winter Polytechnic Schools; creating joint educational programs and interaction in such areas as chemical technology, biotechnology and materials science.

The decision to train two groups of Chinese graduate students in the semester-long programs of Polytechnic University was agreed with the Xian University of Technology. The meeting was held at the SPbPU Representative Office in Shanghai. It is known that very soon young men and women will come to Polytechnic University, where they will study information and computer technologies. 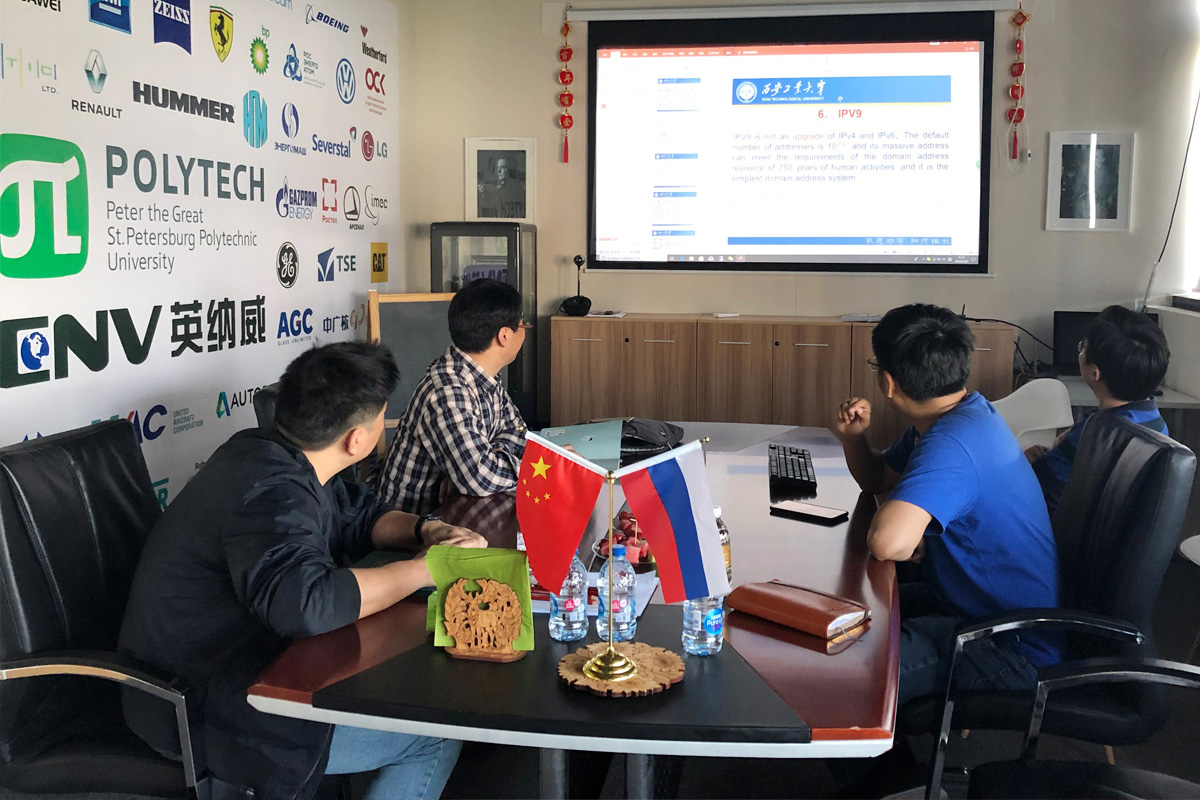 Let us remind that at the moment two groups of graduate students from Xian University of Technology are already studying at SPbPU: they master the physical and radio engineering fundamentals of telecommunications, materials science and materials technology.